I'm starting my shin tools with the original Paterson parts, but I'm having trouble identifying the two metal pieces on the anti-security blade. I've searched the forum but couldn't find a definitive answer. Is this a found item? Any ideas? With the holes, they look like weird Cotter pins....

And no, they're not X-Acto knife handles, so don't even go there.

I've spent hours searching through Cotter pins... and haven't come up with anything, but I still think that's what they are.

I found this under 'knurled pins'. Are we getting closer?

If we can't find the actual piece, I wonder if this is something can can be (*ahem, psberetta) machined?

By removing the blade retainer from a #10 X-Acto knife, I was able to make this:

If I add the 'Cotter' holes with a drill press, I figure this is a close match. Now 'm looking for knives without the groove.

What do you think?

That looks close.
I can't find where I saw this now but I think I remember seeing someone suggest that these parts might be a soapstone holder(soapstone is sorta like chalk but harder). Similar to a chalk holder but smaller.

I found this while looking for soapstone holders http://www.thegangbox.com/pc-393-49-round-soapstone-holder.aspx and this http://www.homedepot.com/prel80/HDUS/EN_US/jsearch/product.jsp?pn=100341093 While not the screen used part these do look like they could be modified to look very close.
Mark
Last edited by a moderator: Feb 13, 2007
D

I just took some probes and cut them down to the right size... 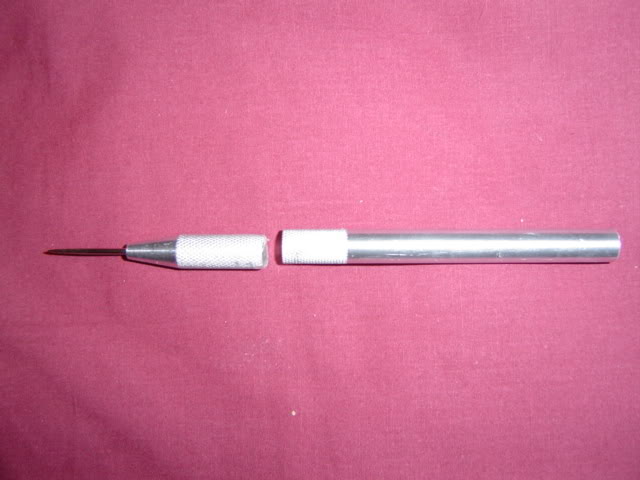 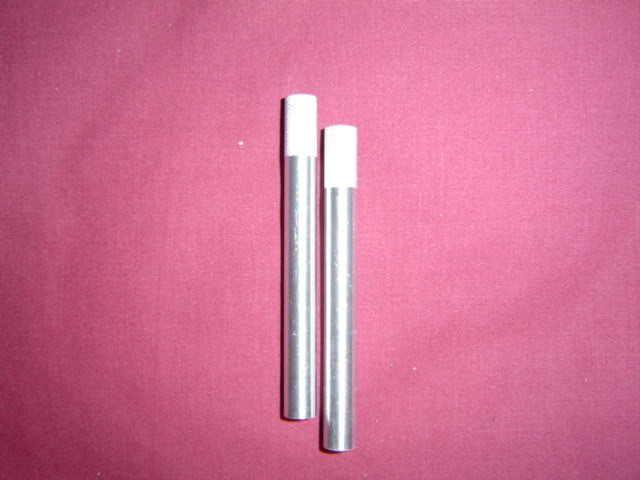 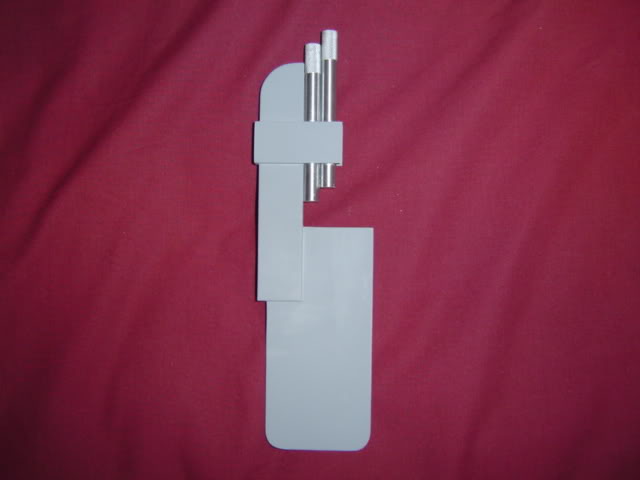 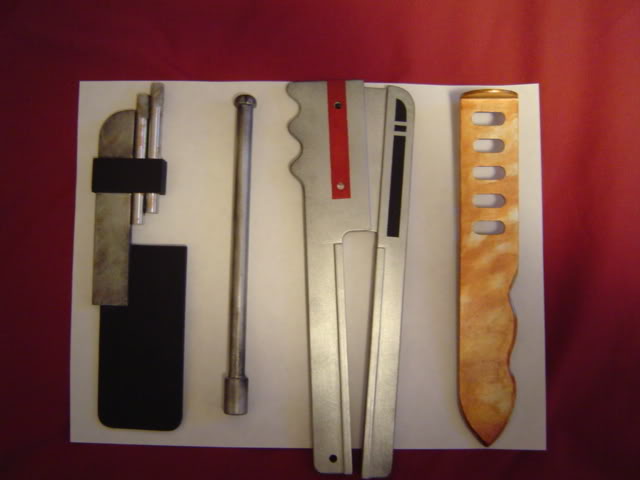 Outstanding! What exactly are they called, and where can I find 'em?
D

I got them at Hobbytown. I can't remember who the maker was (maybe Excel) but I'm sure they still have them. The name of them was just "probe". Look around in the aisle where they have all the xacto knives and accessories and you should spot them readily enough.

If I make it into Hobbytown anytime soon I'll make sure and look for the manufacturer's name.

The packaging was red and white if that helps any...

That rocks. Thanks for the info. And what do you know, there's a HobbyTown within walking distance to my apartment!

batninja said:
J
If we can't find the actual piece, I wonder if this is something can can be (*ahem, psberetta) machined?
Click to expand...

i've got the leftover part from my squeegee ready and waiting.
P

batninja said:
If we can't find the actual piece, I wonder if this is something can can be (*ahem, psberetta) machined?
Click to expand...

you were looking for another project, right?

ok guys, hear me out on this. i was doing some research on different pins and accessories and from what i've found, a lot of things are close...or have certain qualities of the original, but fail to meet all three signs: the diamond knurls, the holes, the size (yes, i've seen some things that look dead on that are print press parts but are the size of highlighters :/ )

anyways, i've been just googling things and going between sites and it looks like gun parts might have something to do with the original part (and we all know lucas used lots of vintage guns to convert props.


These parts are for the AR15 and M16, the AR15 was designed in 1958 and in service starting in 1963 (and still now). The M16 was designed in 1957 and put into service in 1960 (and again still used now)
here is the site and the pictures are below.
http://www.gunaccessories.com/AR15-M16Parts/SightToolsPinsAccess.asp

not saying this is what i think it is, i'm just saying here is another branch of research if people are up for it

i'd also like to add, in regards to the two bottom parts, if the part on the left was cut so the non-knurled end was trimmed, and just the end of the part on the right was cut off, they could be bonded, and the bond could be hidden with tape. then the part would only be missing two holes. towards the knurled end. or maybe there is a similar part i should be looking for 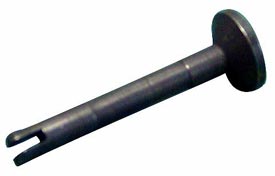 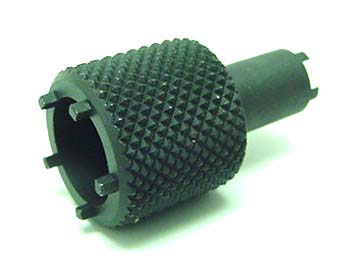 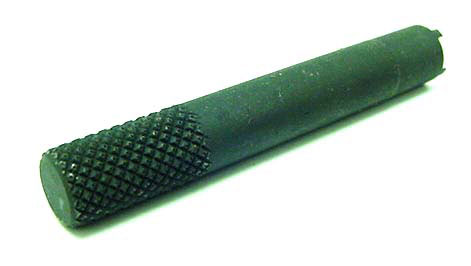 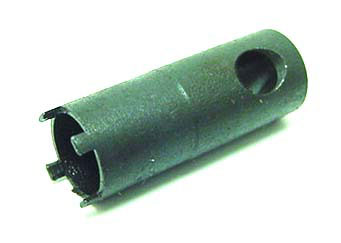 While that is an interesting concept, I personally don’t think they could be site adjustment tools. I’ve worked on and handled a great assortment of vintage and modern military firearms (a friend of mine was a class 3 dealer and class 2 manufacture) and have never seen a site tool that looked like this. Also the pins on the shin tool and raw metal, with no indication that they ever had a blued finish. Considering that the pins haven’t rusted, it would lead me to believe they are stainless or some form of alloy.

I’m still thinking they have to be some sort of cotter pin. Just the general size/ length. The lower holes on the pin (opposite the knurled end) appear to be beveled, like something would be inserted in and out of these holes and a regular basis, much like a cotter pin.