TDH PREMIUM MEMBER
Hello Fellow Fett Fans,
I'm going to be starting my ROTJ Boba Fett build and wanted to get some opinions on what I should be look at when wanting to get my first airbrush setup. Just an FYI - The armor to be painted will be coming from Boba Maker. Keep in mind that I'm not a professionally trained artist, but rather a novice, however I believe my attention to detail can be shown in art work I have done.

My art work is really just drawings and sketches I've done (Mostly Chalk Art). We have a local Hobby Lobby where I live and I see that they have airbrush sets. I'll mainly be doing my own airbrushing but wanted to get feedback from you guys to see what works, what doesn't, Single Action vs Double Action, Gravity Fed vs Siphon-Fed, what to stay away from etc. Here is what I seen while at the store, which was mostly iwata products (From what I understand is that iwata is good stuff).... 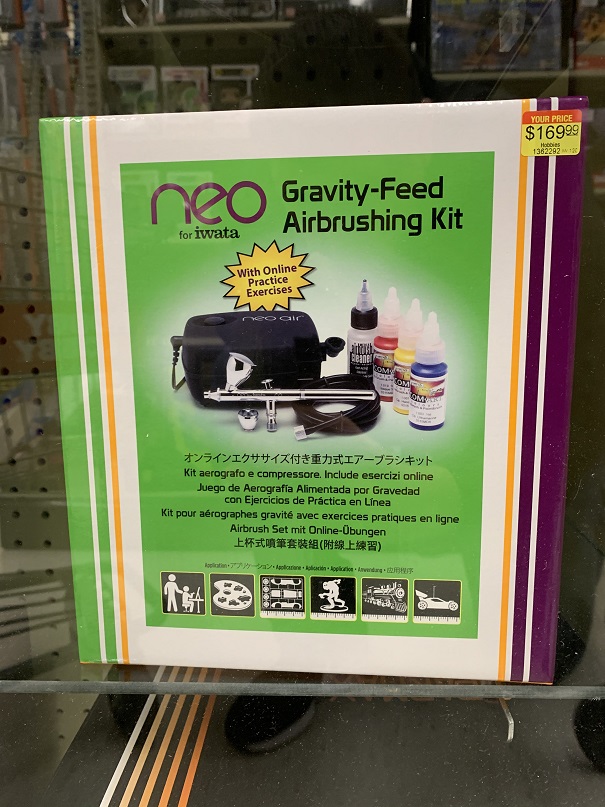 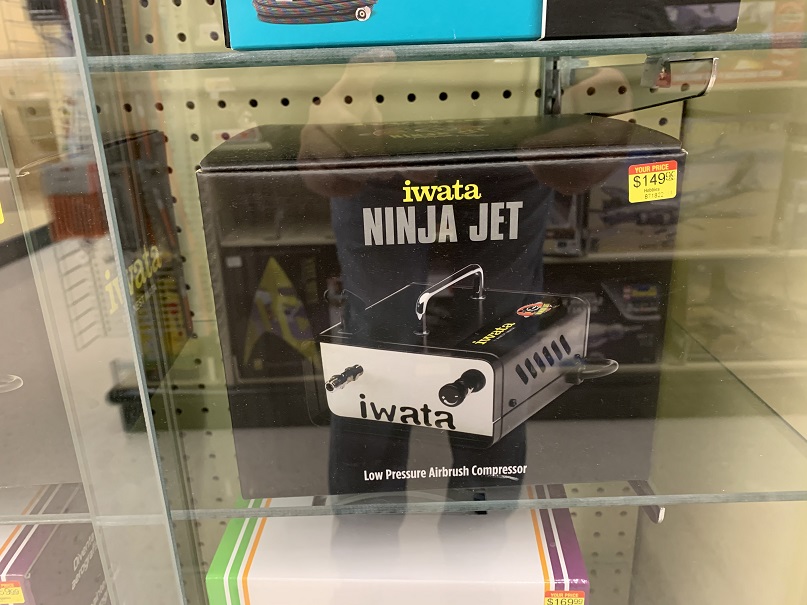 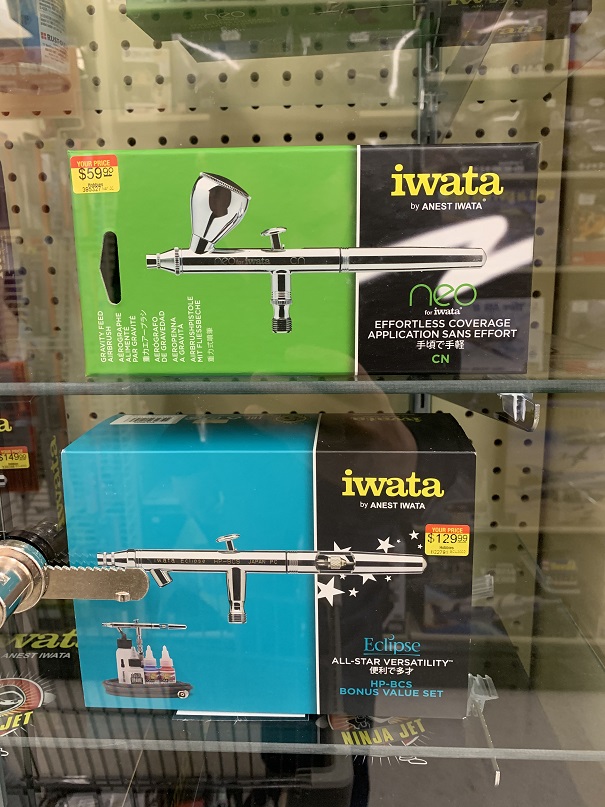 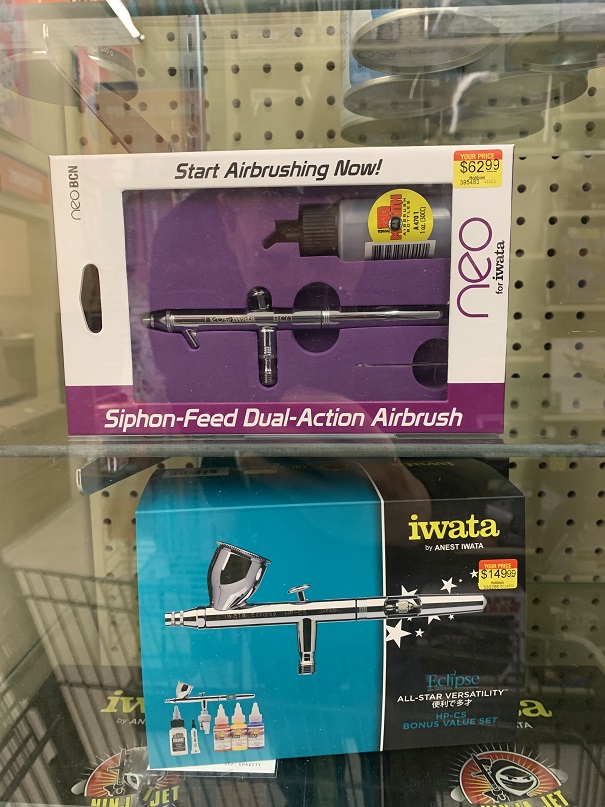 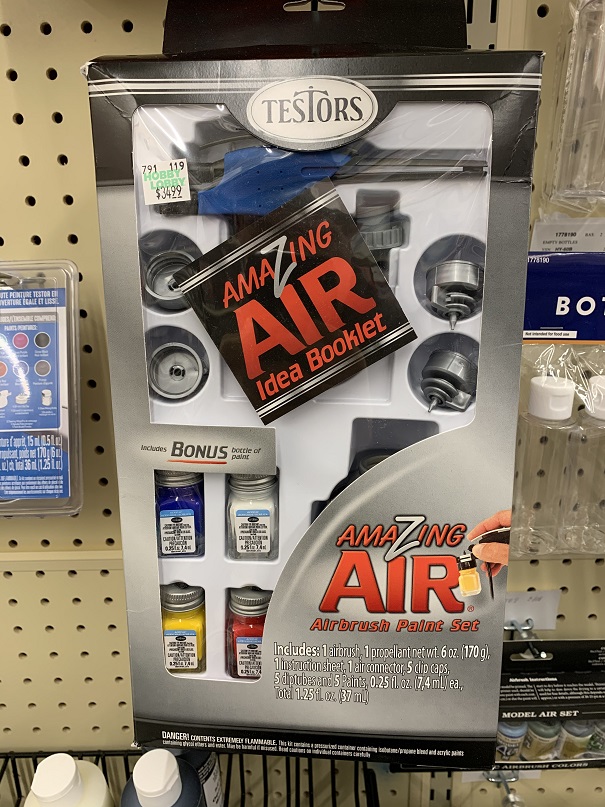 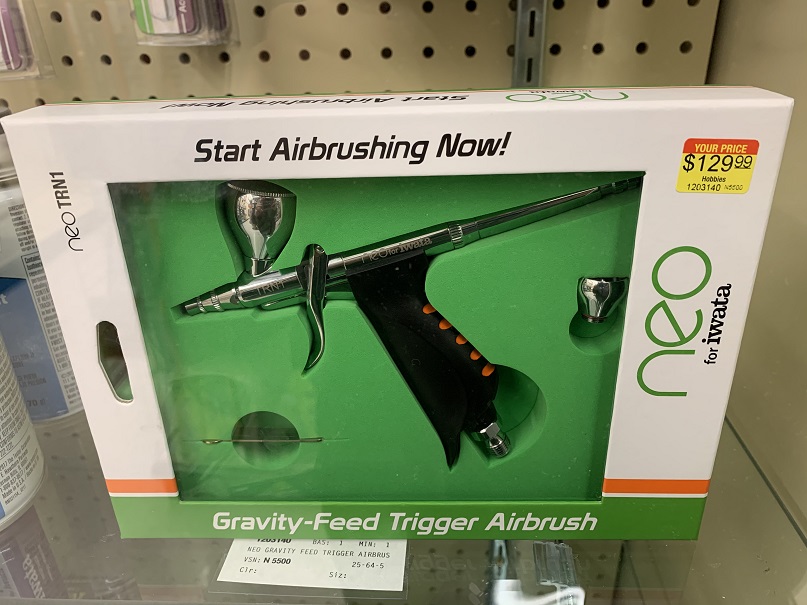 Again let me know what you guys thinks. Hobby Lobby has a 40% off coupon that can be used once per day right now, which is good. I'm merely researching right now and probably won't be getting into the painting until March/April. And then one other thing, what do you guys know about "Neo for iwata"? Isn't iwata a single company or has it merged with Neo, or is that just a brand name. Just curious is all. I understand alot of airbrushing is based on experience and opinions and right now, that's what I'm looking for.

Get the 150$ Iwata Eclipse, can't use the 40% off on it but if it ever breaks you can replace it no questions asked.They have a good return policy.

Dont use the Neo for Iwata, its pretty flimsy and I bought that one myself when I first started and it has not lasted me as long as my eclipse. Better to buy quality. I think they also have a smart jet compressor by Iwata or that ninja by Iwata is also a good choice.

What I would do if I was you is purchase both, try them both out, and return the one you don't like. Usually you'll want to spray at about 20-30 psi. Anything more and you'll be wasting paint.

TDH PREMIUM MEMBER
MinuteFett - Thanks for the reply. After watching various videos on You Tube I seen that the Eclipse by iwata is a pretty good and well rated airbrush. Now what do most people prefer, the Siphon-Fed or the Gravity-Fed variant of this airbrush? Any major differences between them (Pros/Cons)?

TDH PREMIUM MEMBER
MinuteFett - I just got that you stated the $150 iwata model, which would be the Gravity-Fed variant. (Just curious as to why that one over the $129.99 Siphon-Fed model)

Gravity! There’s a reason it’s 20$ more for this option lol.

Irongladiator said:
MinuteFett - I just got that you stated the $150 iwata model, which would be the Gravity-Fed variant. (Just curious as to why that one over the $129.99 Siphon-Fed model)

It’s really a preference.
I like to clean my cup on my gravity fed every time I use a new color, but if I had a siphon my laziness would catch up to me and I may leave some bottles to crust/age.
Plus gravity uses less paint and I’m starting to use that expensive archivex paint.

TDH PREMIUM MEMBER
MinuteFett - Gotcha, so no real benefit of one over the other. Other than clean-up. If Gravity-Fed is easier then I'll pony up the extra $20.00, no problem.

With that out of the way. Lets talk accessories, are their different nozzles I should be looking at? (Again, I'm a novice )

Thanks for the info.
-Iron

Irongladiator said:
MinuteFett - Gotcha, so no real benefit of one over the other. Other than clean-up. If Gravity-Fed is easier then I'll pony up the extra $20.00, no problem.

With that out of the way. Lets talk accessories, are their different nozzles I should be looking at? (Again, I'm a novice )

Ive been using the stock nozzle all the way through. Learn the differences that the PSI makes and youll only ever need one nozzle.
But there are advantages to getting larger and smaller ones for large areas/small details but I find the stock is a great overall tip!

TDH PREMIUM MEMBER
MinuteFett - Cool thanks for the tidbit! I just wanted to make sure my paint gets applied correctly and that I'm not working harder than I have to, ANYTHING to make my life easier and I'll spend that extra coin.

I agree with the eclipse, best airbrush I've used...I've had badger, iwata, some cheap ones, testors. The iwata eclipse is hands down best...I left mine outside in weather for a year....didn't clean it either....stripped and cleaned the other day and it works fine. If you can grab some lube for it as well.
If anything I'd stress go a double action airbrush. Pressing down gets air flowing through the airbrush, and pulling back the "trigger" allows the paint to fly....all way back equals a lot of paint, a little bit back equals a little paint.Take time to learn how to control....mixing paint...I go for consistency of milk, can't recall psi sorry

TDH PREMIUM MEMBER
Fatbed - Thanks for the reply! Any input on experience and info is appreciated. So....sounds like I’m after a $150 iwata Eclipse.