I purchased a set of armor second hand. I've been told its a resin (hoping its not terribly cheap and will last) but I'm really not sure. I'll pics of the armor up next week... my camera broke. But I managed to squeeze off some pics of the bucket and then some concept... uhh... "sketches" to at least show the color scheme.

So far, Most of my armor is painted. I have a black flightsuit and black boots. I've purchased some material for my vest (jango style) and I'll also use it for the ankle spats and also a kama.

and then a sketch of what I want my sniper rifle to look like...
the first was the original design, the second replaced the scope with one from a type 3 phaser rifle from star trek first contact, and the third includes the rear from that phaser rifle (yes, I'm a trekker too)

We'll see what I come up with, but thought I'd post too make another entry into the custom mando realm.

FINALLY DONE! Or at least mostly done.... need to modify a bit after finding some flaws the first official go around (7/26)
Last edited by a moderator: Jul 26, 2009
P

The helmet looks great, black and red is a classic color scheme. Looks good in my book. ^^
R

That's what I tried to say. xD
S

thanks guys, will update as progress happens... next probable step is reinforcing my bucket with fiberglass resin (it snapped once....). I just bought a portable voice amp too
K

alrighty, got some progress goin

pics of the armor (a lot of it was already painted when I got it, so I can't take all the credit)

Great color Scheme! And love the Blaster Rifle!
B

I like it, and great colors.. I'm goin with black purple and silver/grey.
I better get more done on my armor your ahead of me

hey..swspiffy..good job so far..looks like it'll turn out to be a sweet set..XD i'm new here too..cant help but notice that your custom's layout and colour's are a lil like mine..haha..i'm heading towards black plates with maroon trimmings..and a touch of white here and there for emphasis..i say back and red will always look smart..XD dont mean to be intruding or anything..but have there been any probs you've faced doing this suit?cos i've just finished some of my concept drawings and about to begin on my own too..reckon i won't go far before running into my own set of probs..hoping for some tips..

oh yeah..if anyone out there knows any site that offers a program that can allow you to design a custom with colours and attachments..could'ya please paste the link? i know it exsists..but dont know where to look..if anyone has it..it would certainly be of great help..

swspiffy..you might also wanna try and take off a lil of the shine from the plates..dont wanna look too fresh-new aye? XD

my only issue thus far has been that my helmet actually ripped, so I had to reinforce it with fiberglass. I bought my armor/helmet half painted so I really can't take much credit for it. I'm currently working on the rifle. Next step is probably installing my T-visor. As for shine, I'm going to experiemnt with it a bit, not sure yet
S

My rifle is now complete! (maybe a new paint later though) I took the idea from Republic Commando to do something modular so it has blaster, sniper, and anti-armor modes. Definitely not as efficient as the one in RC, but the idea is the same. The look is actually based on the Star Trek First Contact Phaser Rifle (sorry to any ST haters, but I've always loved this look). It is made out wood, PVC, and real parts. Questions and comments are welcome. 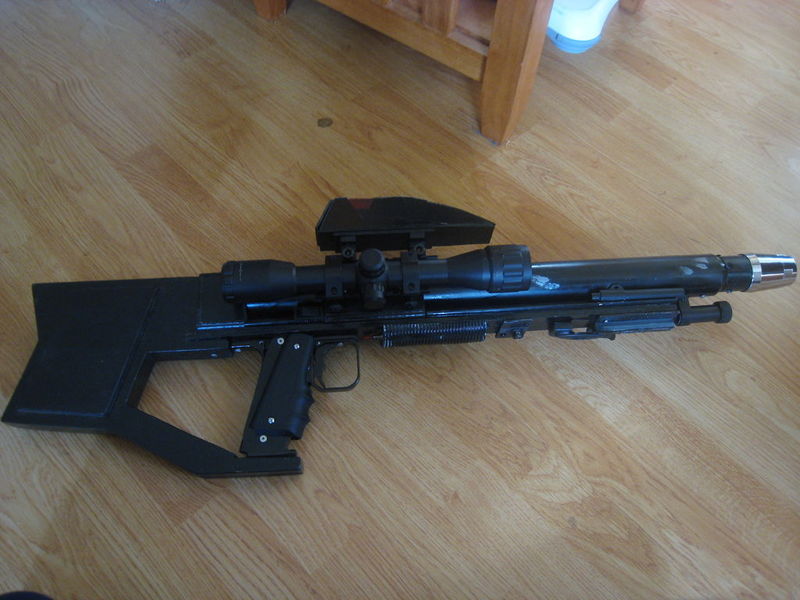 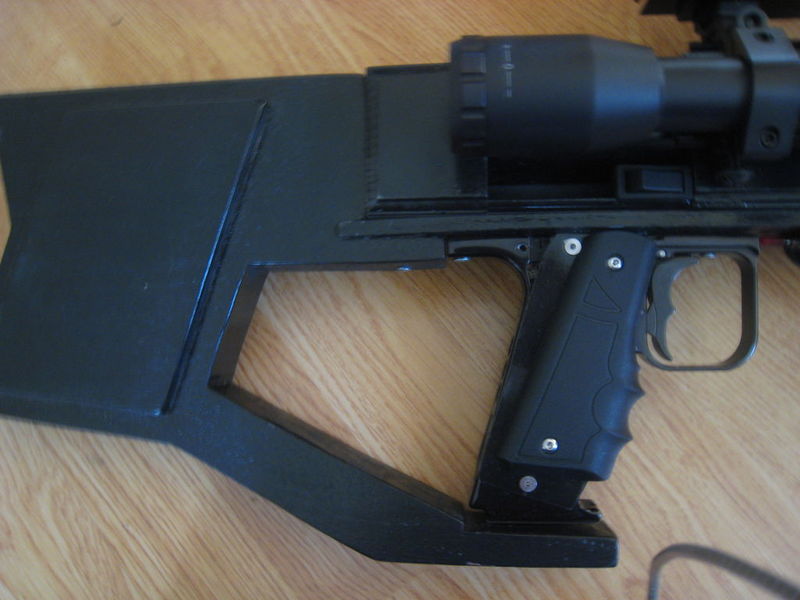 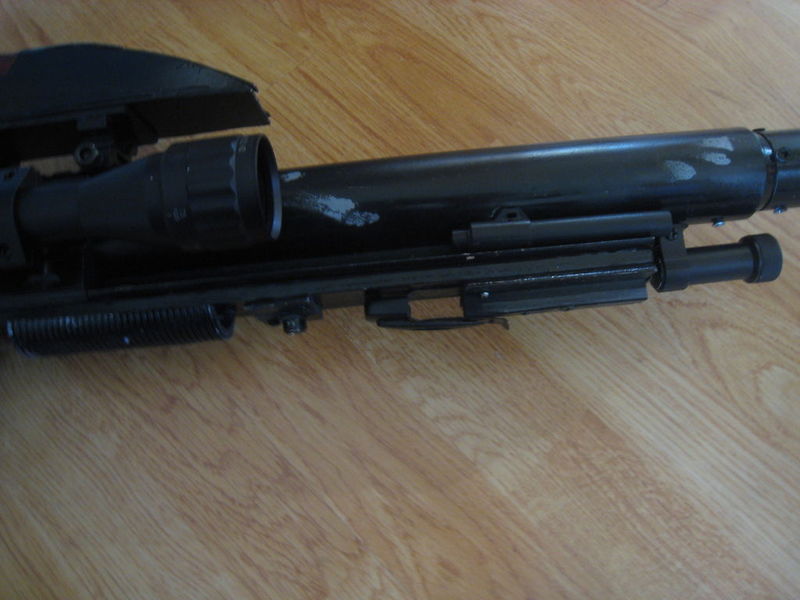 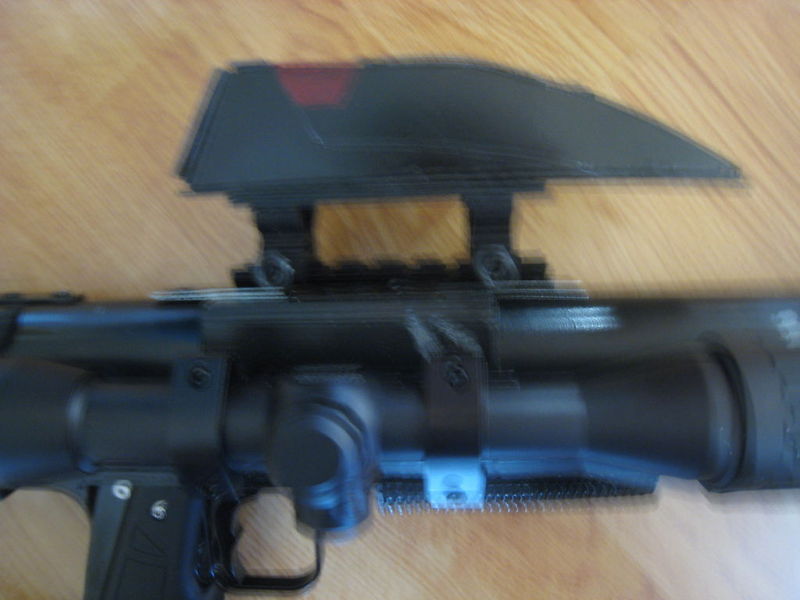 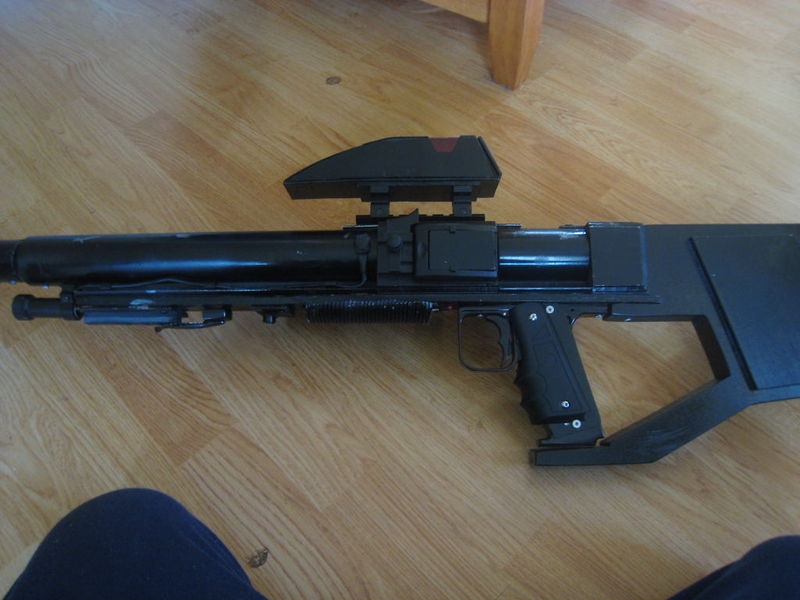 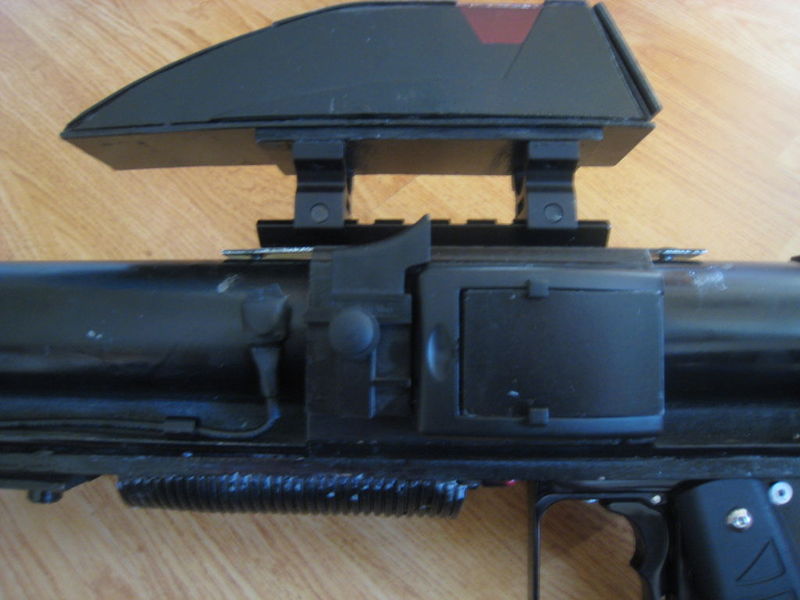 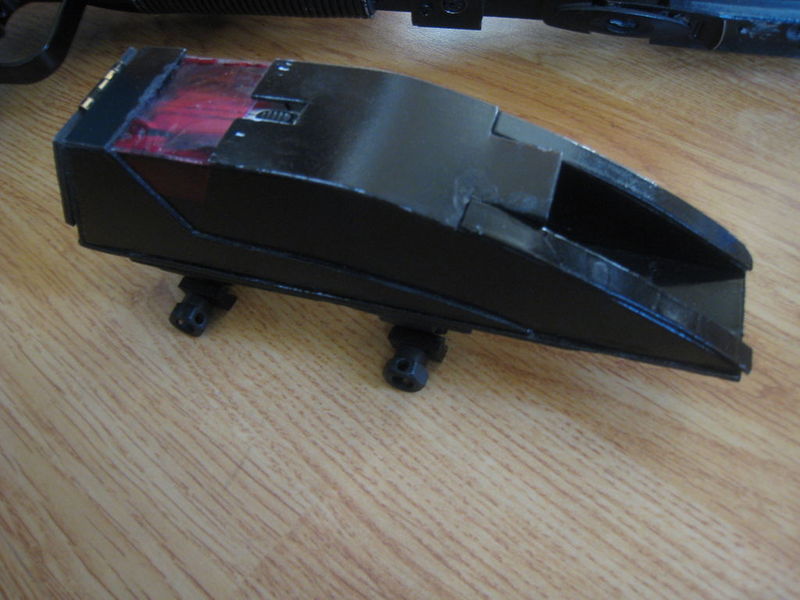 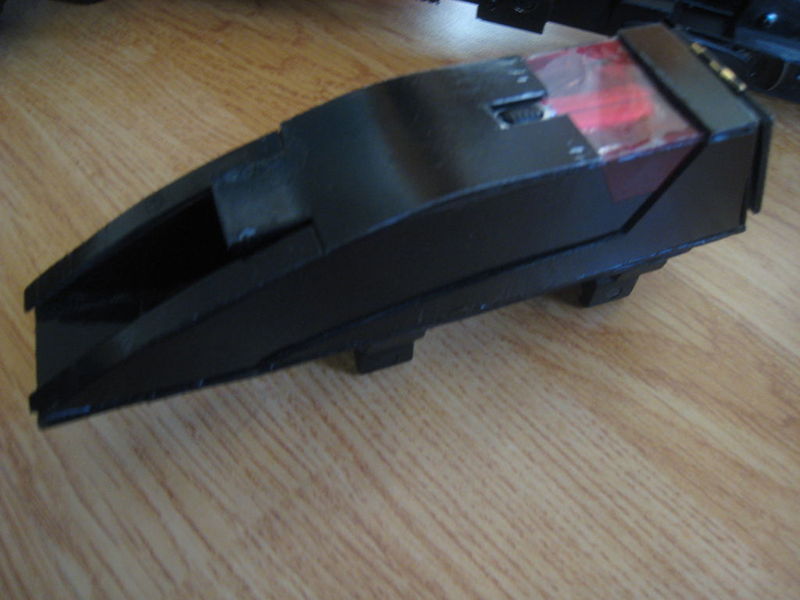 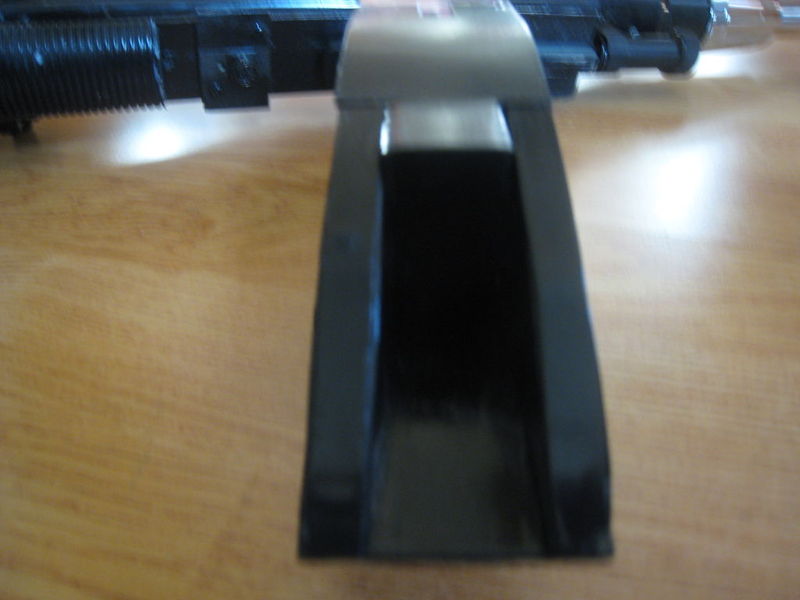 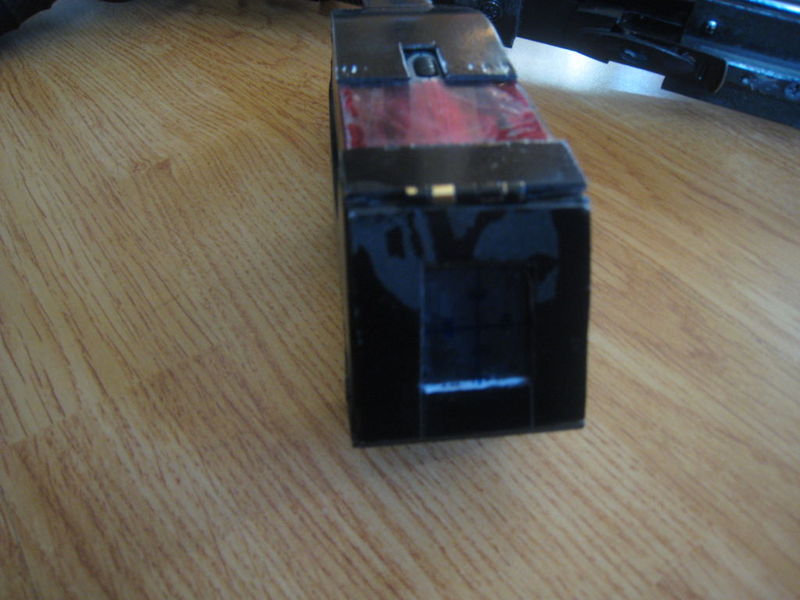 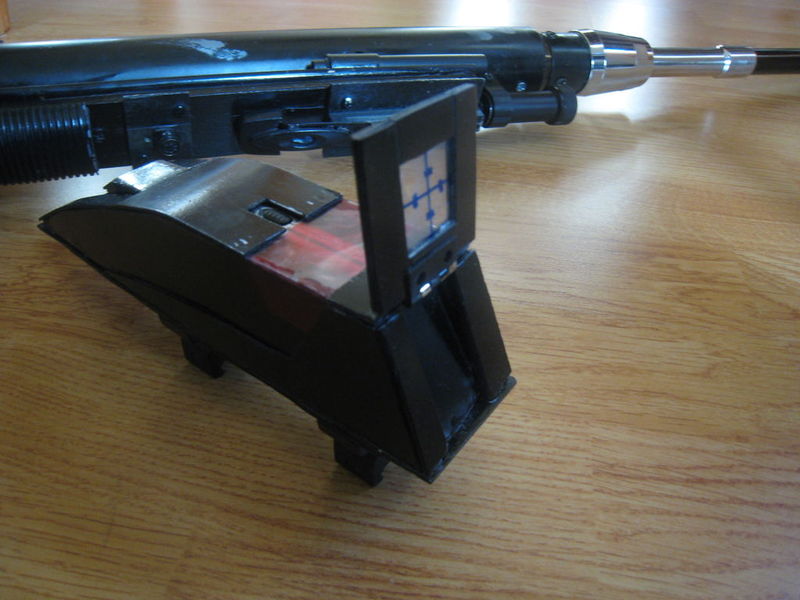 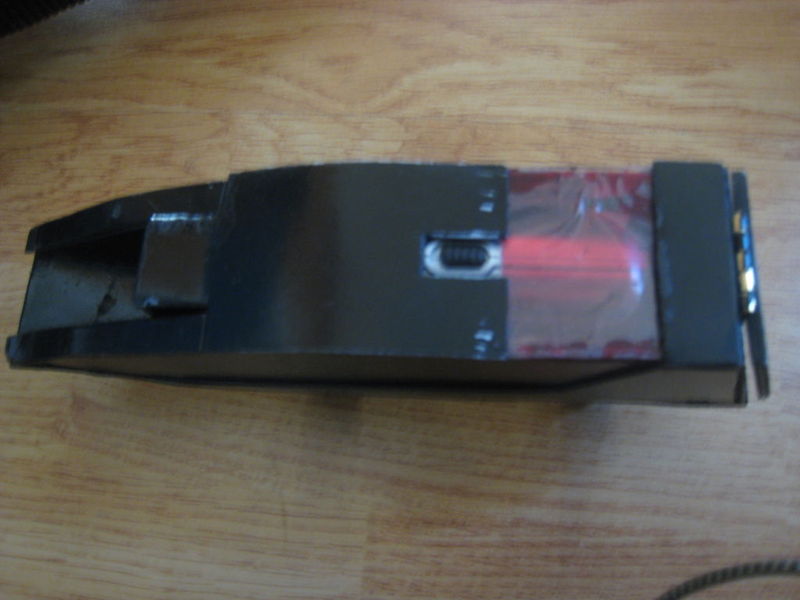 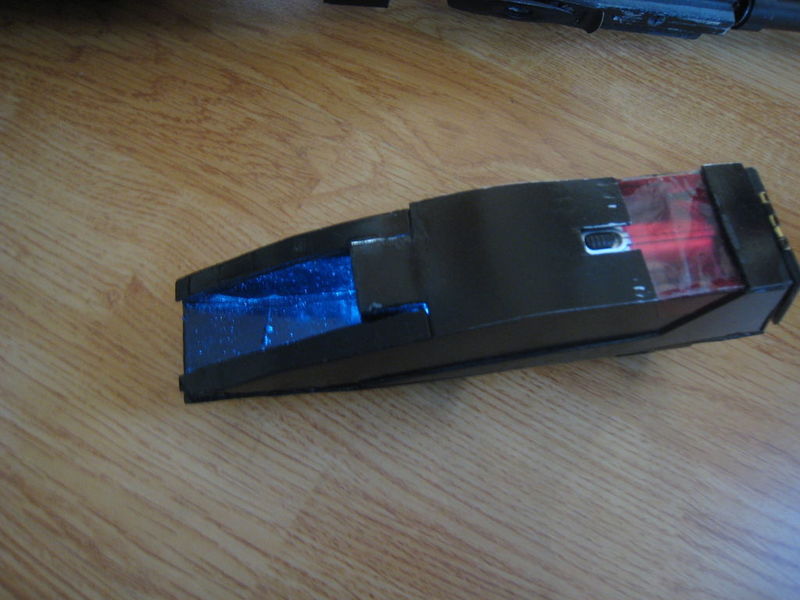 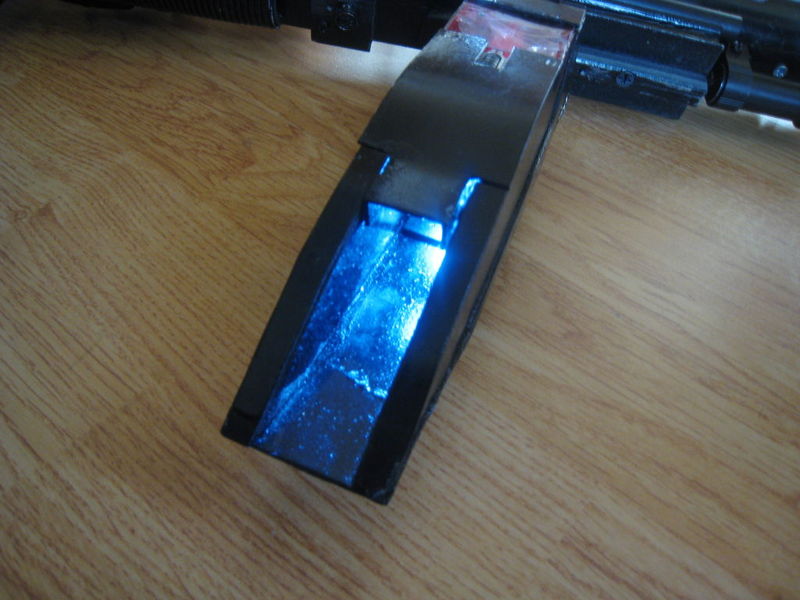 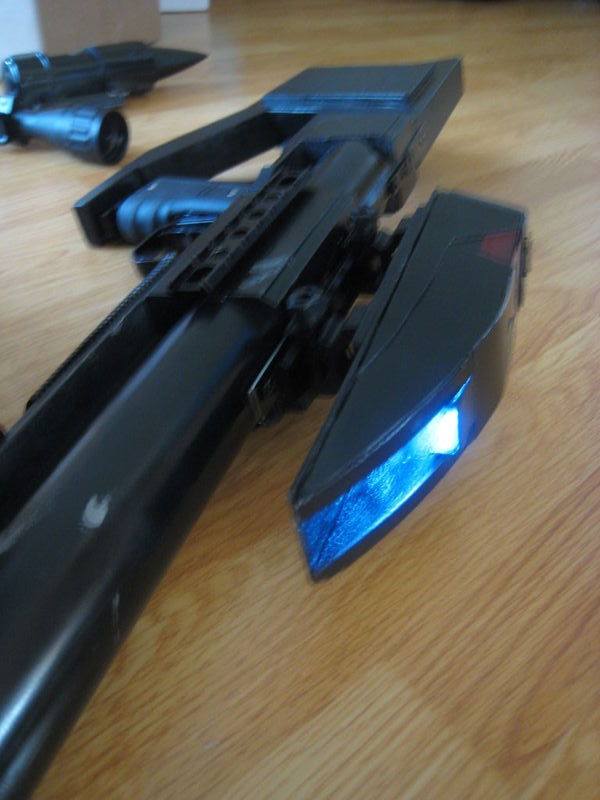 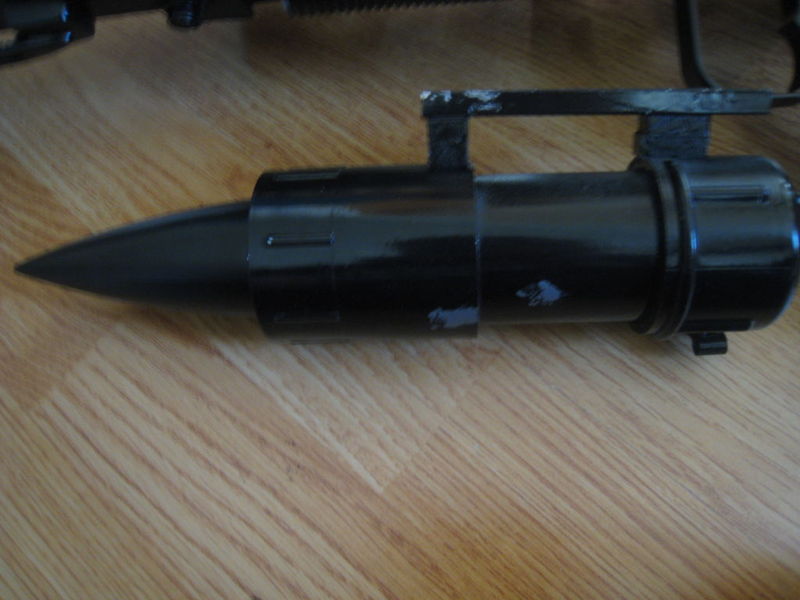 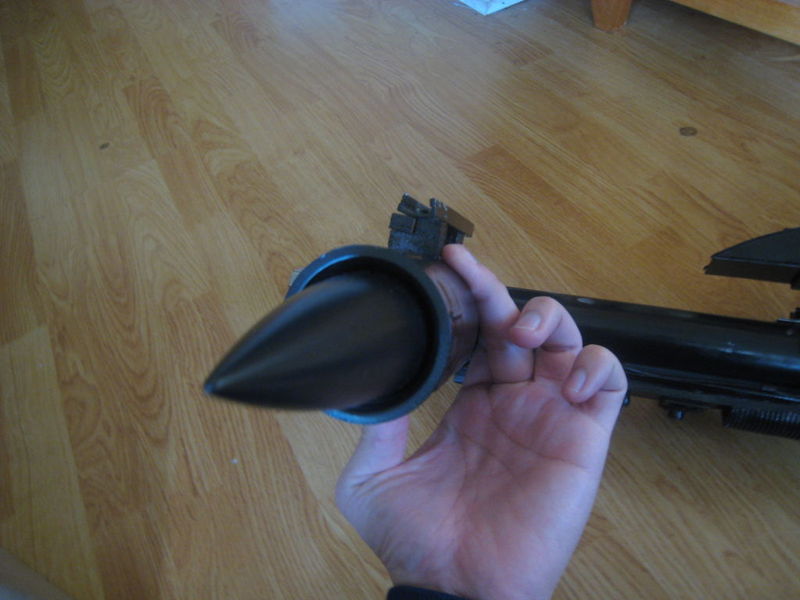 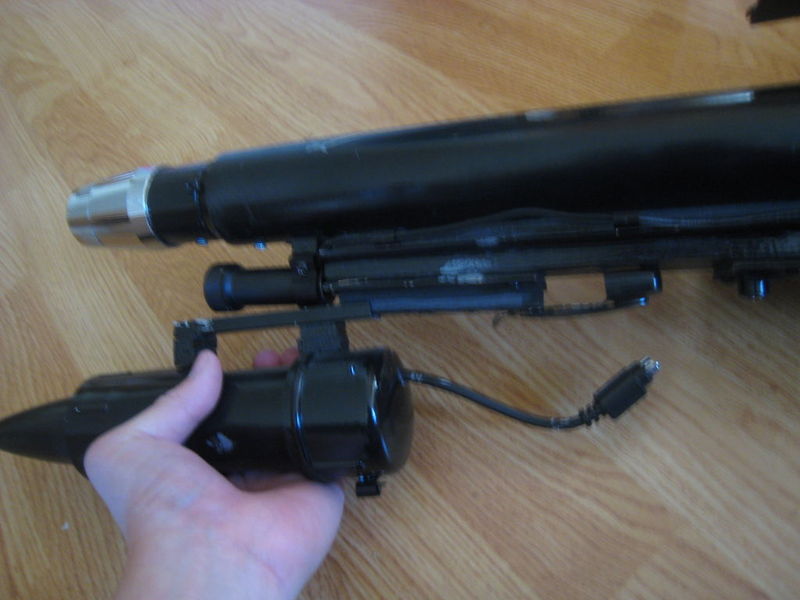 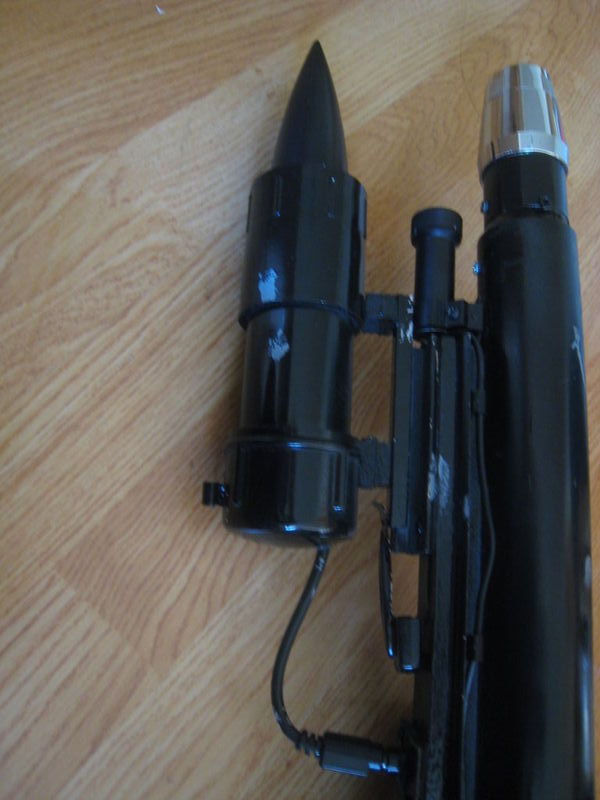 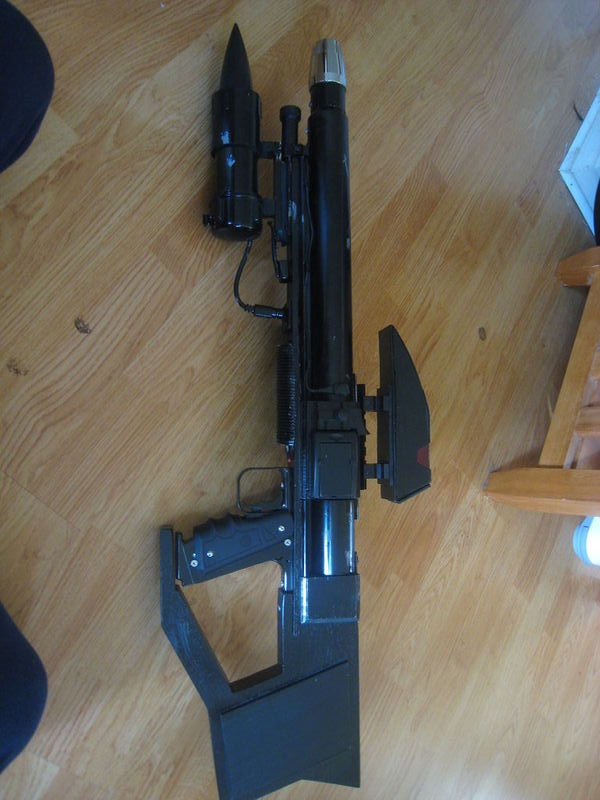 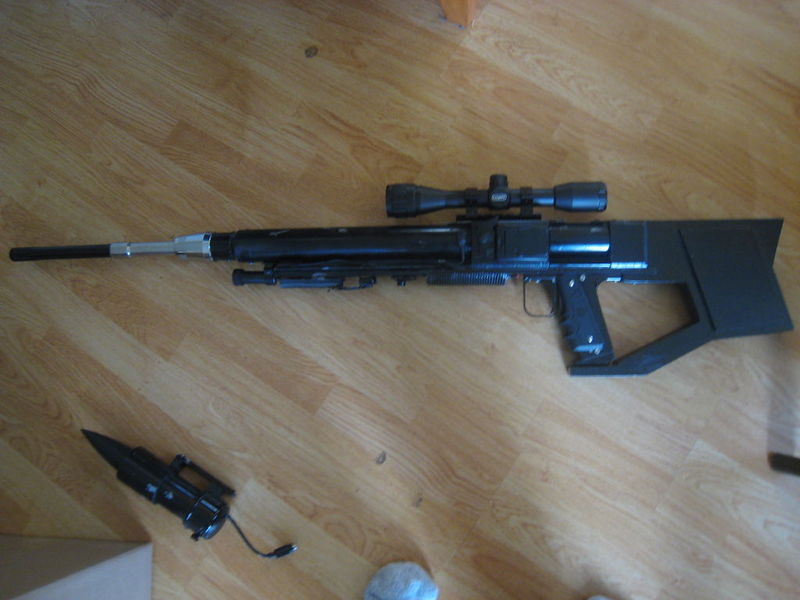 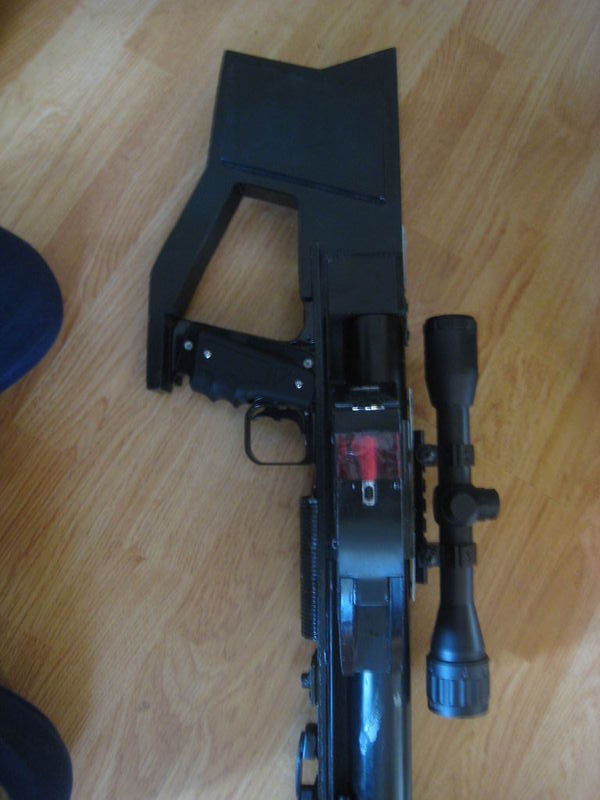 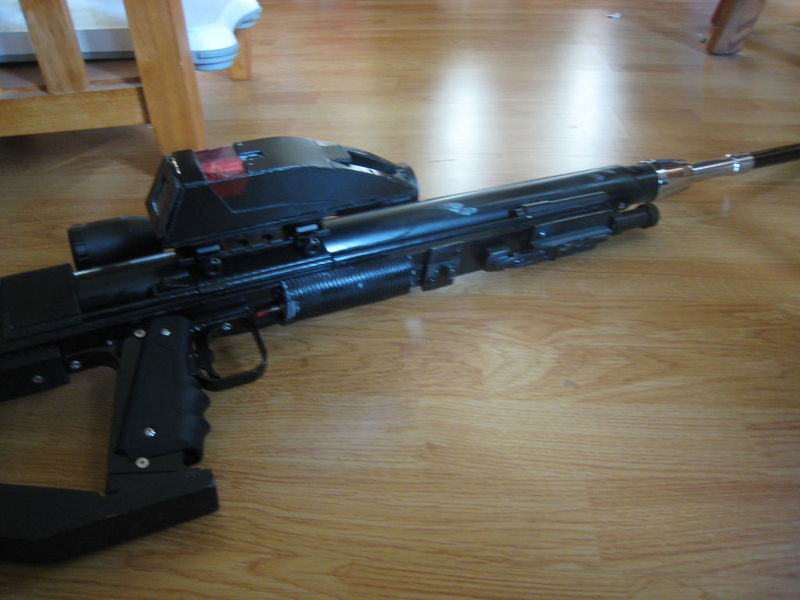 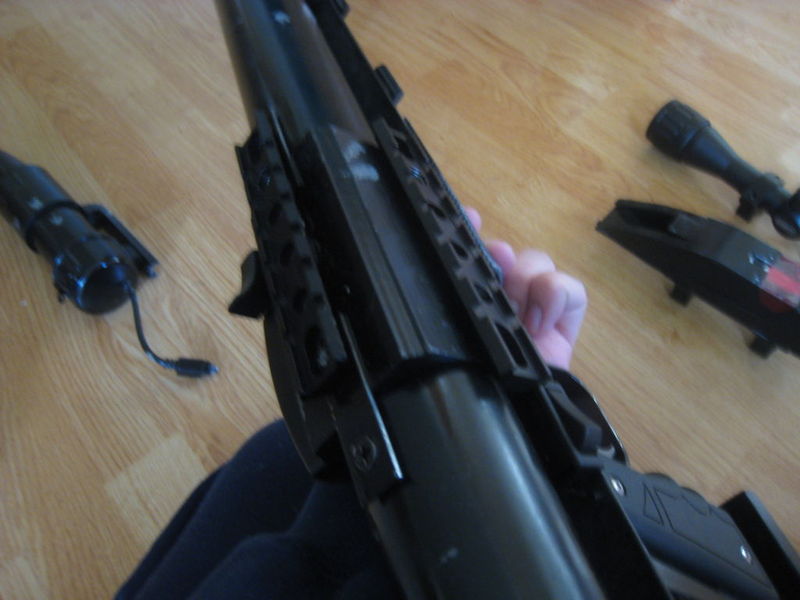 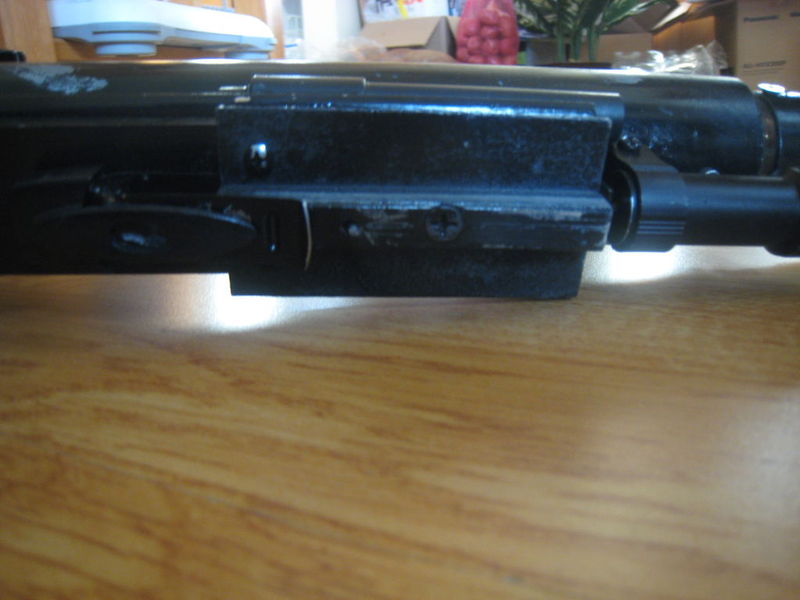 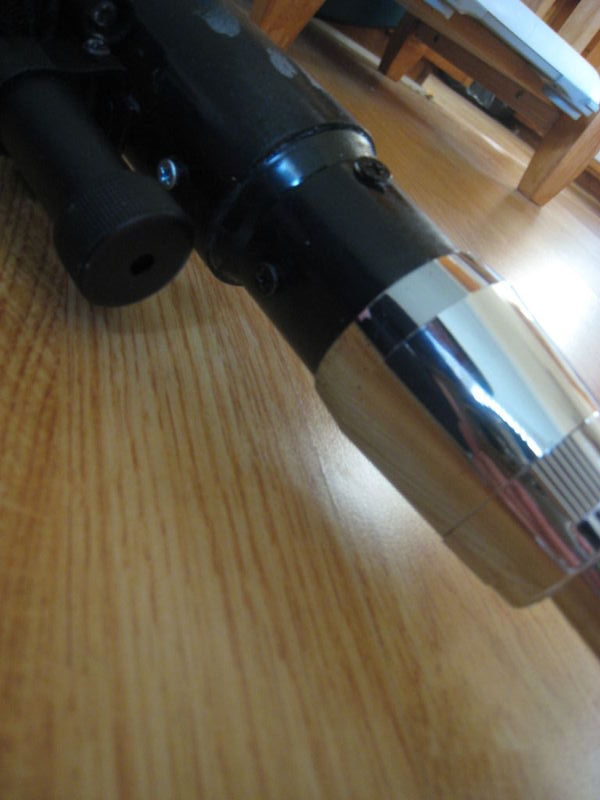 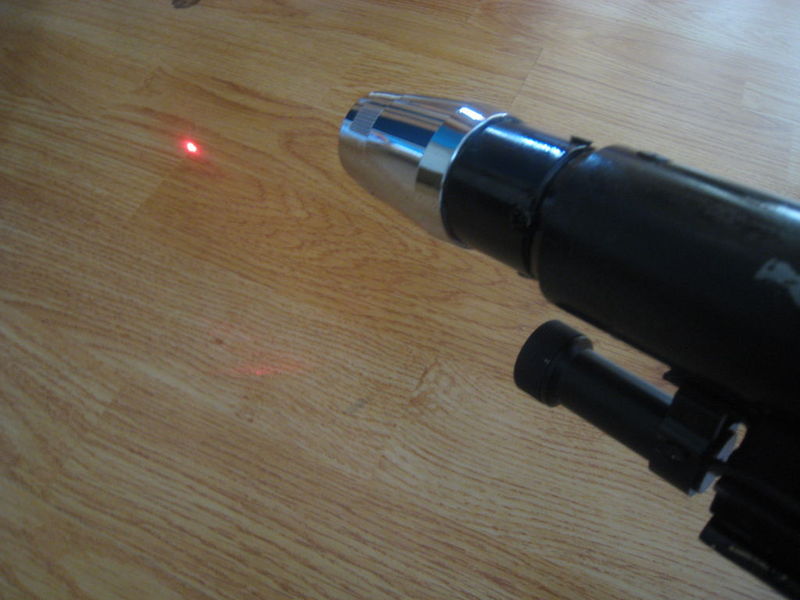 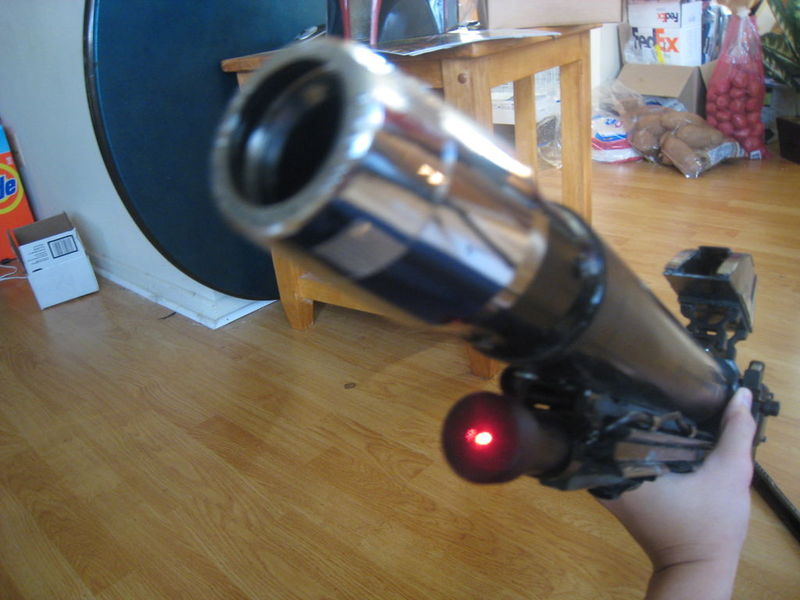 That is one decked out rifle. Nice light from the ST phaser rifles.
D

The rifle looks GREAT! definitely giving me some ideas about one of my own. I agree with everybody else, the red and black (my fave colors) scheme is sweet. put some pics up of the full outfit when you can! Love to see the whole thing!
A

Awesome rifle!!! I love the AA and sniper attachments!!!
J

That rifle is sweet!

What did you use for the anti-armour rocket head itself?
S

What did you use for the anti-armour rocket head itself?
Click to expand...

Its the head of a model rocket

is that an e1 or e2 eblade grip frame?

T
My wife's BH Build Up

T
My wife's BH Build Up