I posted the ESB hero helmet stencils and the color separation in a separate thread, this way the files can be found with more ease. The colors try to replicate the ones seen in the movie (Star Wars: Episode V - The Empire Strikes Back).

The white stains are not in the stencils on these two areas, because these are made by hand:

Most of the latest updates are from the discussions between Jayvee and me and can be found in Jayvee's awesome paint up thread here ==> Jayvee's Deluxe ESB Paint UP (With An Awesome BGHunter Lid)
Jayvee's thread (among others) is a good example of how you can paint an excellent helmet with great talent and a lot of love, using others helps and tips (all the great painters who are/were at TDH) and with a little bit of help using the stencils.
--------------------------------------

Could you add this image to your ESB Helmet Templates thread?

That way I (and I'm sure others) can see all the ESB Helmet details in one place? Thanks!
Click to expand...

Placement of the physical damages on the ESB Hero helmet

And the old file, just to show you the differences

Have fun with these files! 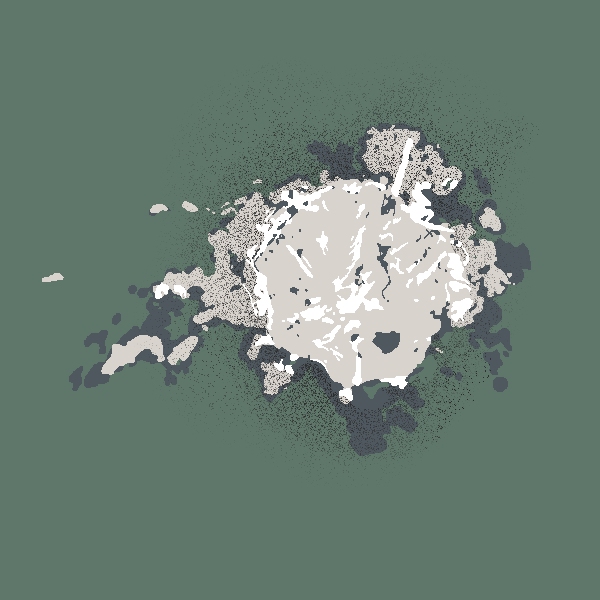 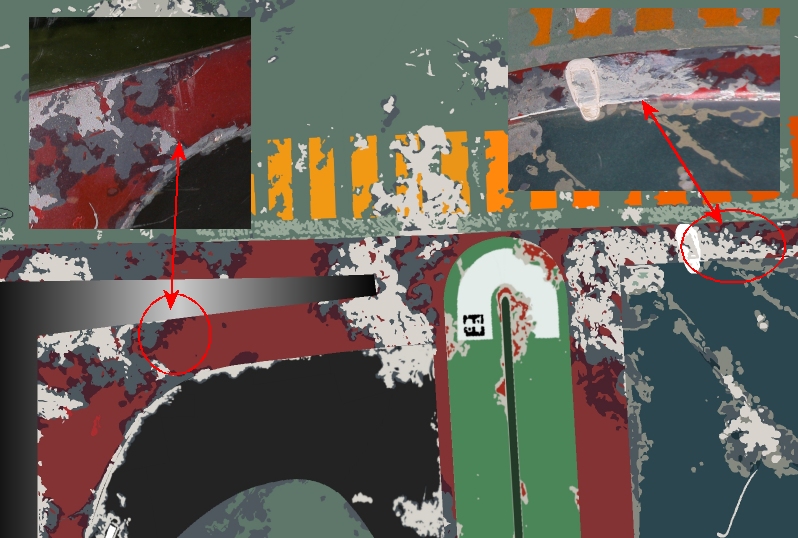 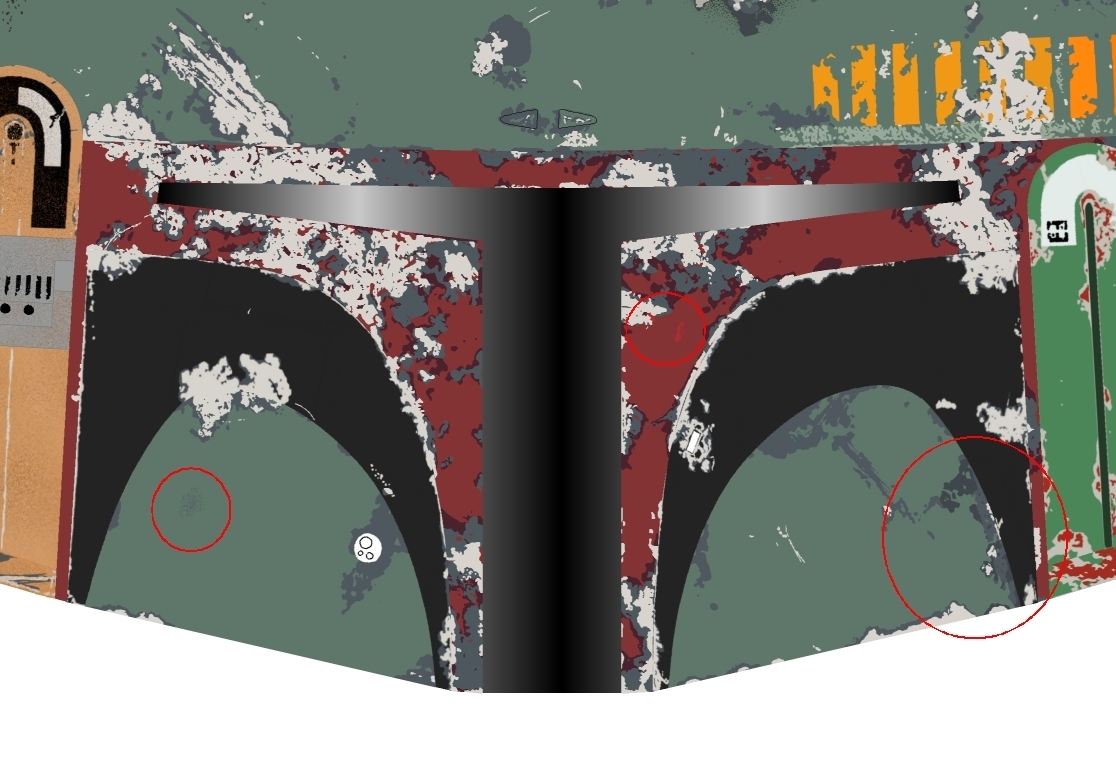 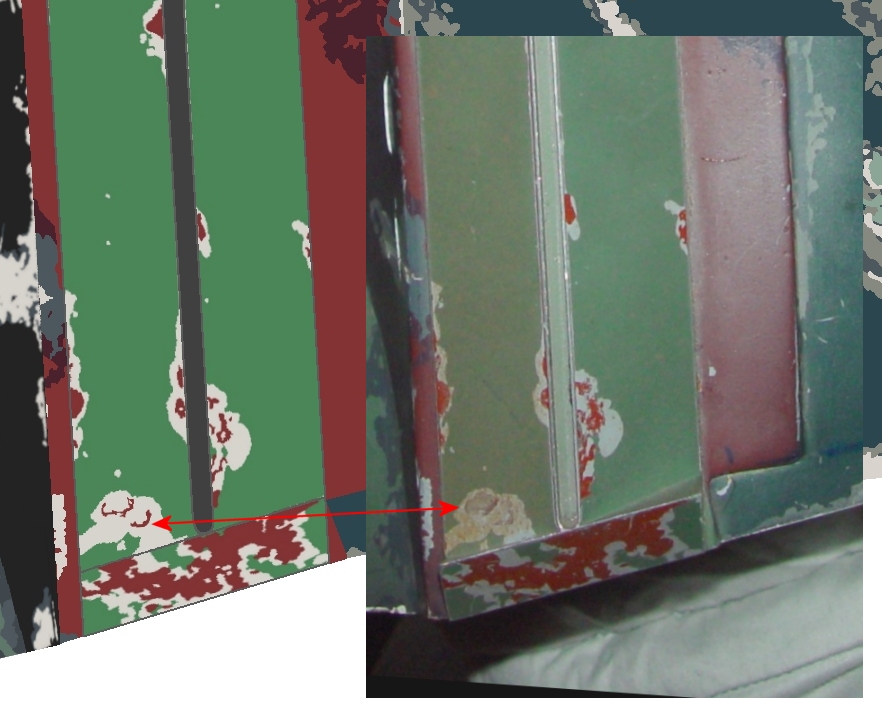 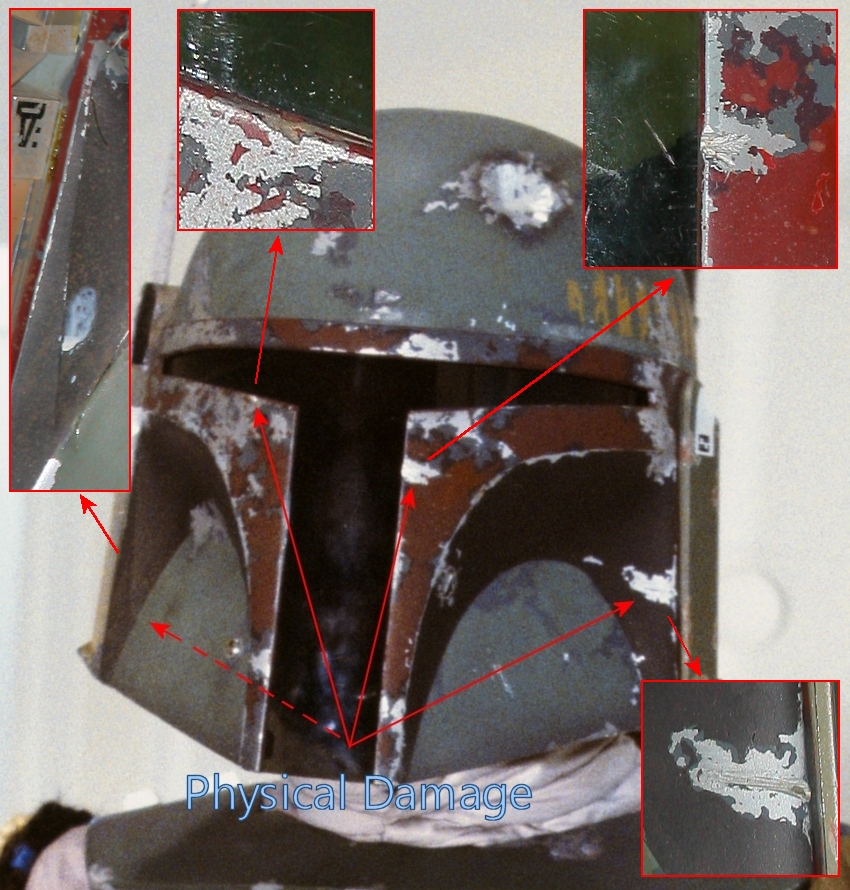 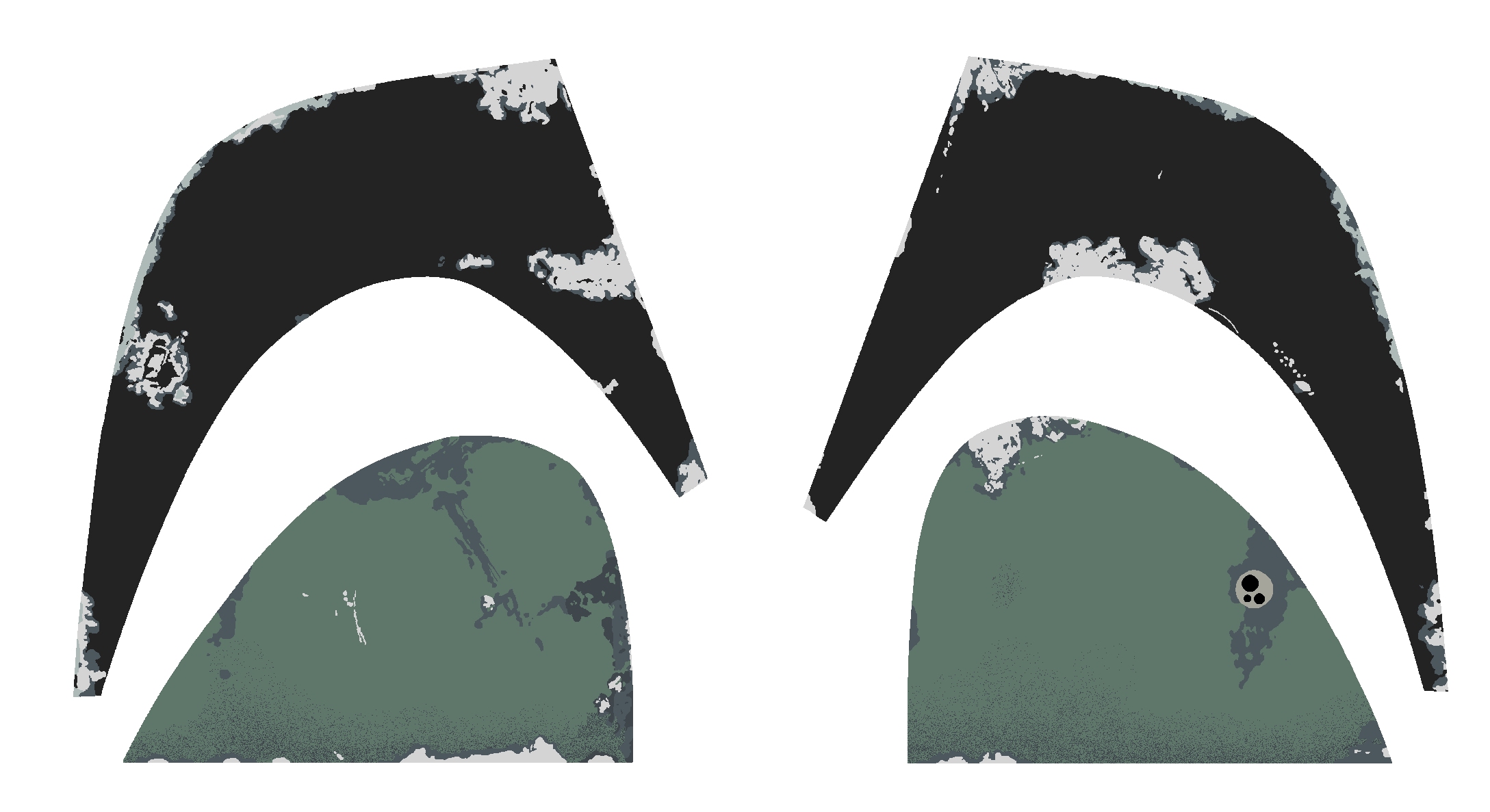 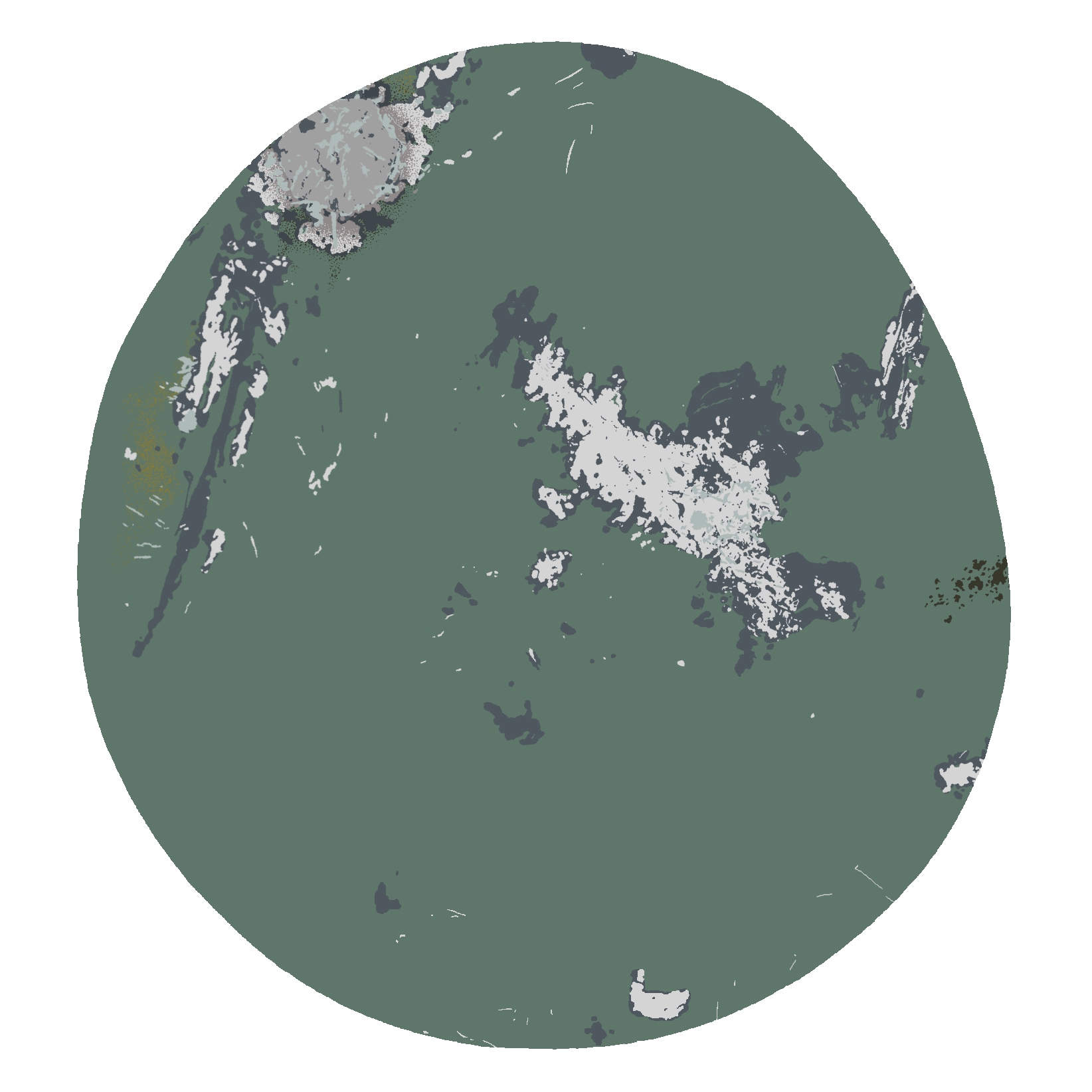 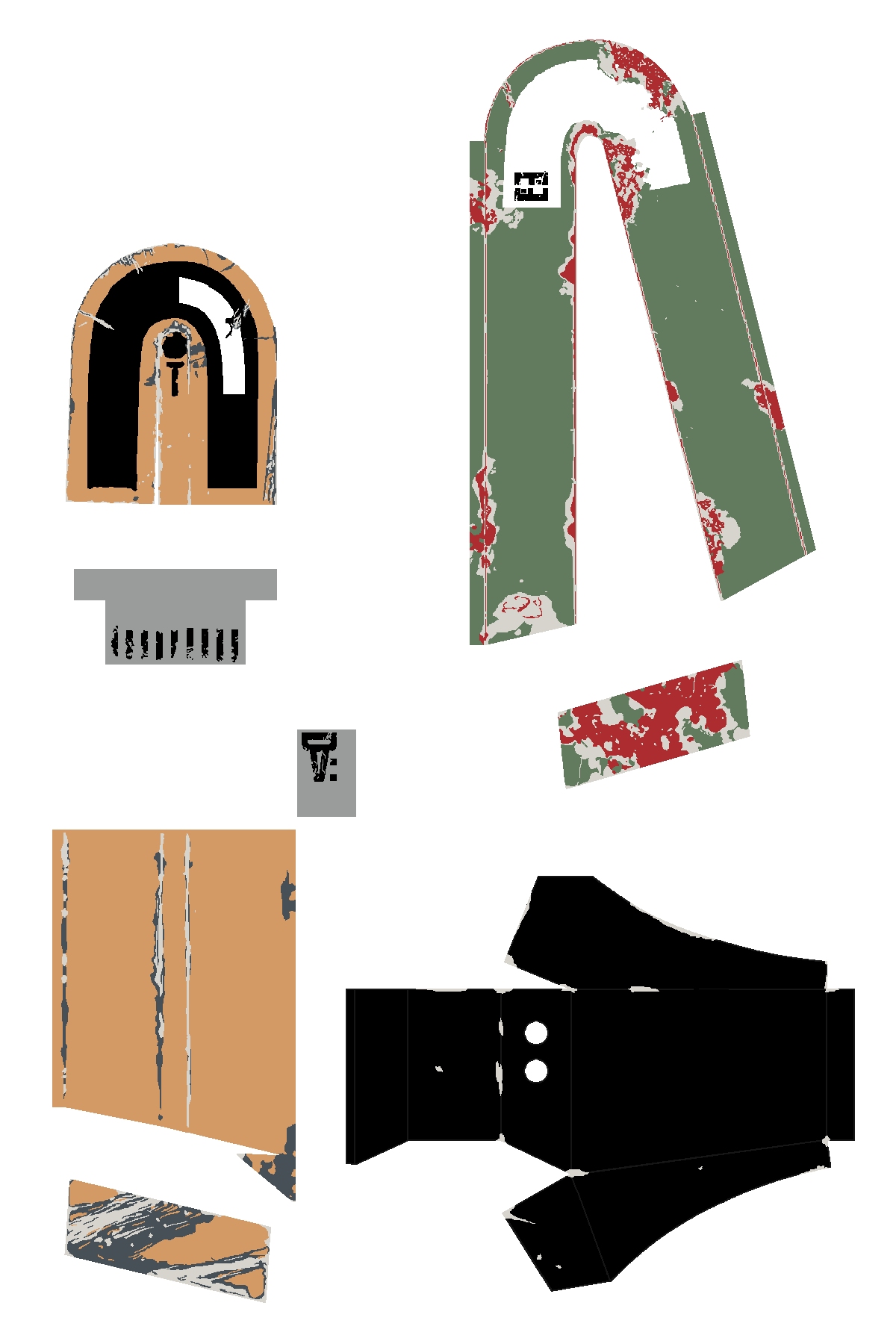 Fett 4 Real said:
your an animal
Click to expand...

The last picture looks like poor Boba got trampled by a herd of Banthas.

superjedi said:
The last picture looks like poor Boba got trampled by a herd of Banthas.


Thanks a lot, superjedi!
Oh well! That was my biggest secret and now it's gone... I have to fire that Tusken Raider with his Bantha herd too.

These are great, thanks for all you do....
D

These look great! I have downloaded the AOSW files already, but I may want to use these. Can someone tell me if there are any major differences?

CaptainSolo said:
These are great, thanks for all you do....
Click to expand...


DarthVeach said:
These look great! I have downloaded the AOSW files already, but I may want to use these. Can someone tell me if there are any major differences?
Click to expand...


Well, the main difference is that the AoSW stencils has all the extra scratches that appeared after the filming of ESB while in my paint and scratches scheme I tried to ignore those extra scratches. But in both cases the stencils are just the tip of the iceberg, the hardest part is the way you apply all of this and all the weathering implied. I think the best paint artists of TDH can tell more about this...
R

Great work Rafal ! An awesome help when i start to paint my bucket ;-) Thanks ^^

RedArc said:
Great work Rafal ! An awesome help when i start to paint my bucket ;-) Thanks ^^
Click to expand...

Thank you very much for your hard work brother! This will help me immensely!

Brail khan said:
Thank you very much for your hard work brother! This will help me immensely!
Click to expand...


Thanks for the kind words, Brail khan! I'm happy that I can help my fellow fettheads.

It's a shame that electronic files don't weight anything, because these things are worth their weight in gold. Absolutely invaluable information, thank you so much for all the hard work.

Filandrius said:
It's a shame that electronic files don't weight anything, because these things are worth their weight in gold. Absolutely invaluable information, thank you so much for all the hard work.
Click to expand...

Thanks! You are too kind, but my goal wasn't to earn anything in its material value.
C

These are incredible. I will most certainly be using these when I paint my asok CC.

crow86 said:
These are incredible. I will most certainly be using these when I paint my asok CC.
Click to expand...

Hi Raf - mate, in the middle of an ESB paintup at the moment (will update the thread soon), and let me just say, your stencils have been invaluble - really fantastic stuff. What I have tried to do, is use the stencils, but also meticulously study the reference pics to get as close as I can. I found one small innacuracy on the back panels i just thought to share - please dont take this in any way, shape or form as a bad thing - as your stencils are the closest you can get bar none. I only point it out, as I'm sure so many people will use your stencils, that just thought to get supreme accuracy for the benefit of everyone

It's just a very minor detail on the Left hand panel (I have circled the area in the picture in yellow.) The long, jagged protrusion has actually been left grey in the stencils, but as you can see in the ref pic, it is actually predominately beige, with some small grey areas within. It also seems that between that and the top little extension, there is actually a bigger gap than in the stencils.

Again, very minor, and i'm a huge fan of your work and everything you do for these boards, so please dont think there is any ungratefullness in my rant - more just me being a pedantic old fart cheers buddy, peace..

Wow! Thanks for pointing this out! I had in my mind to do some corrections to the ESB stencils and I will do in the near future.

All the stencils will be replaced with some accurate ones (these are not corrected, but made from scratch). I want to thank Britt Dietz for the awesome hi-rez images in the Gallery (the first entry in the C-IV section) that were a real help to recreate all the small scratches. I also used all the stills and screen captures (including my own captures) from ESB to do it as accurate as can be.
The first post was updated with some comparison images, while the remade stencils will follow shortly.

The 'red face' is more detailed (same as the other parts) and while some of the scratches were removed, others were rearranged to fit the overall pattern.

The back plate base color is more darker (as should be) and is more refined then the previous one. I also fixed the scratch color mistake pointed out by Jayvee at post #17 (thanks again!).

The cheeks were corrected and some small scratches removed.

The dome is still in work and will be updated last.

Thanks for your patience and confidence!