Thanks to all of you on TDH

I've been a member for a while but didn't post much because I was such a noob. I used search, read everything I could, I learned from ALL of you and I just wanted to say thanks. A tip here, a post there all added up to what you see below. I unveiled my costume for the first time at the EP3 midnight premiere at the Ziegfeld in NYC. It was more than successful, it truly was an experience of a lifetime and I had my 15 minutes of fame. A special thanks to TK409, Braks Buddy and Rouge Studios. TDH is just awesome.
I went for the ESB version, but broke my cod armor just before the show so no cod or butt plate armor, the chest plates are too big for my body size and I couldn't get my steel toe spikes to stay on, and the belt pouches are the wrong color but hundreds Boba Fett fans from around the world who wanted to take their picture with Boba didn't seem to mind and neither did I. Thanks again. 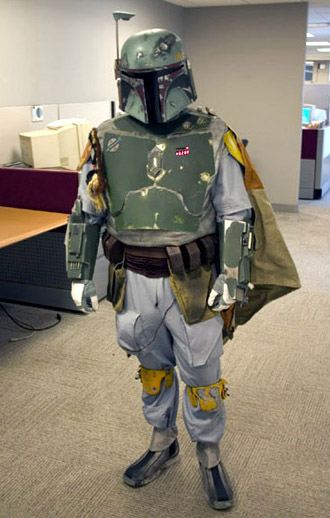 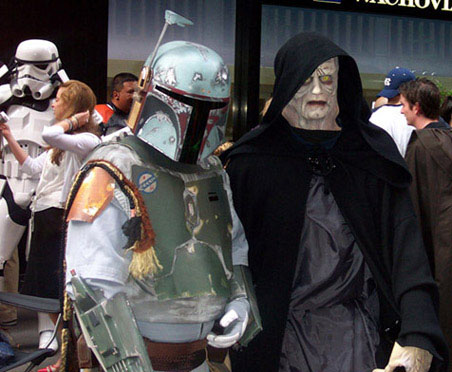 Looks pretty sweet!!! Man, there shure are alot of nice ESBs showing up these days!!!
S

I wouldn't worry about those minor details. Your costume looks great. It just proves that a costume doesn't have to have every detail exactly right to look awesome. Sweet job.