I finished my ninth and tenth troops this month. Very happy to reach ten within my first year with the Legion.

Outdoor screening of Rogue One: 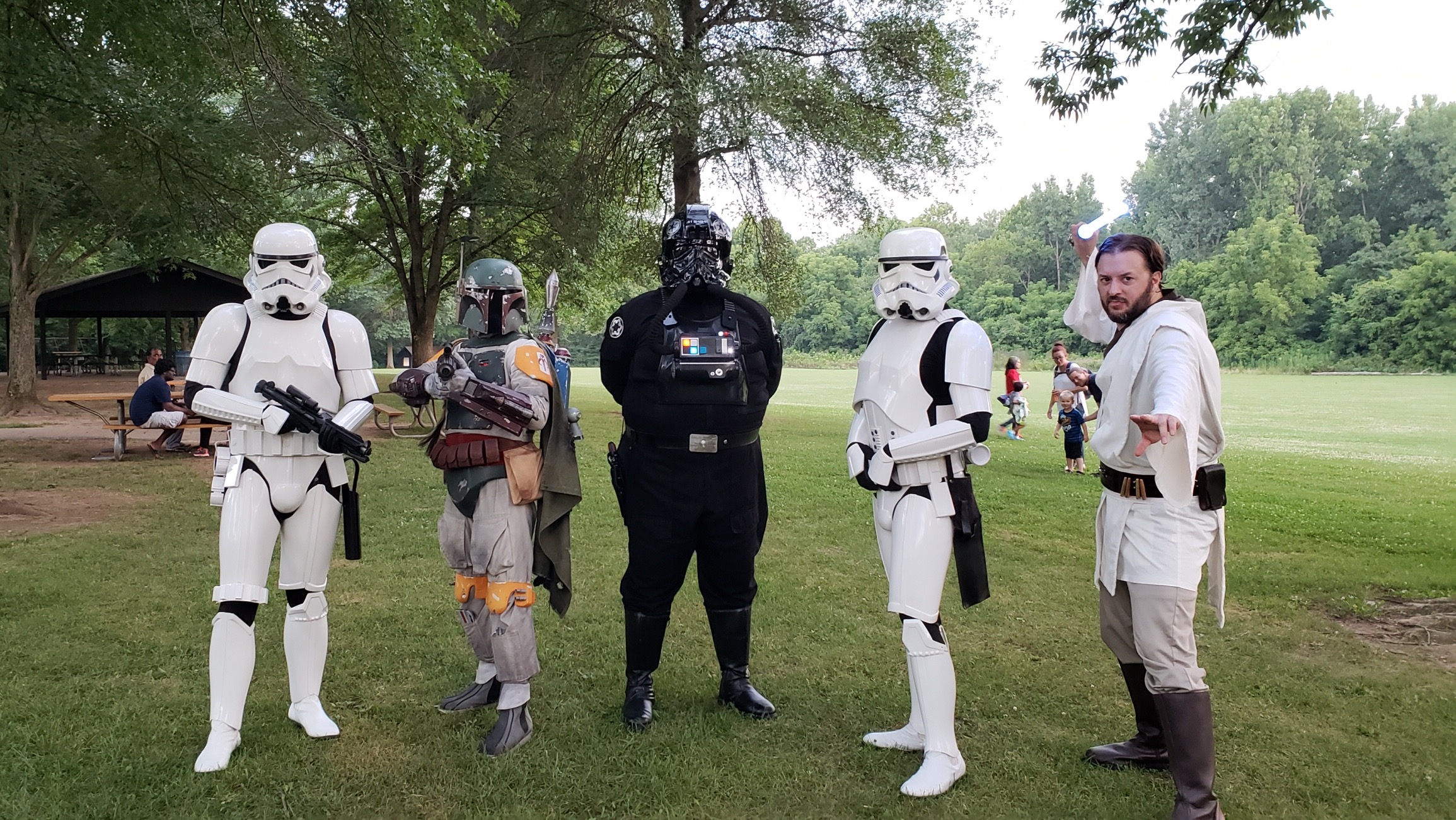 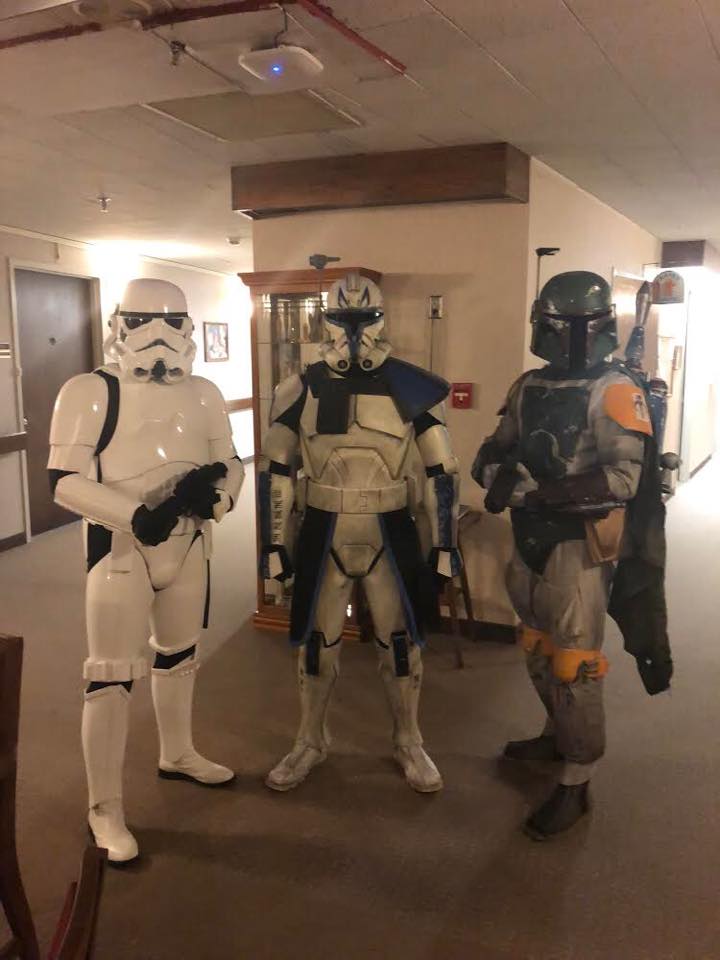 Completed another troop at a Spectrum Powder Run: 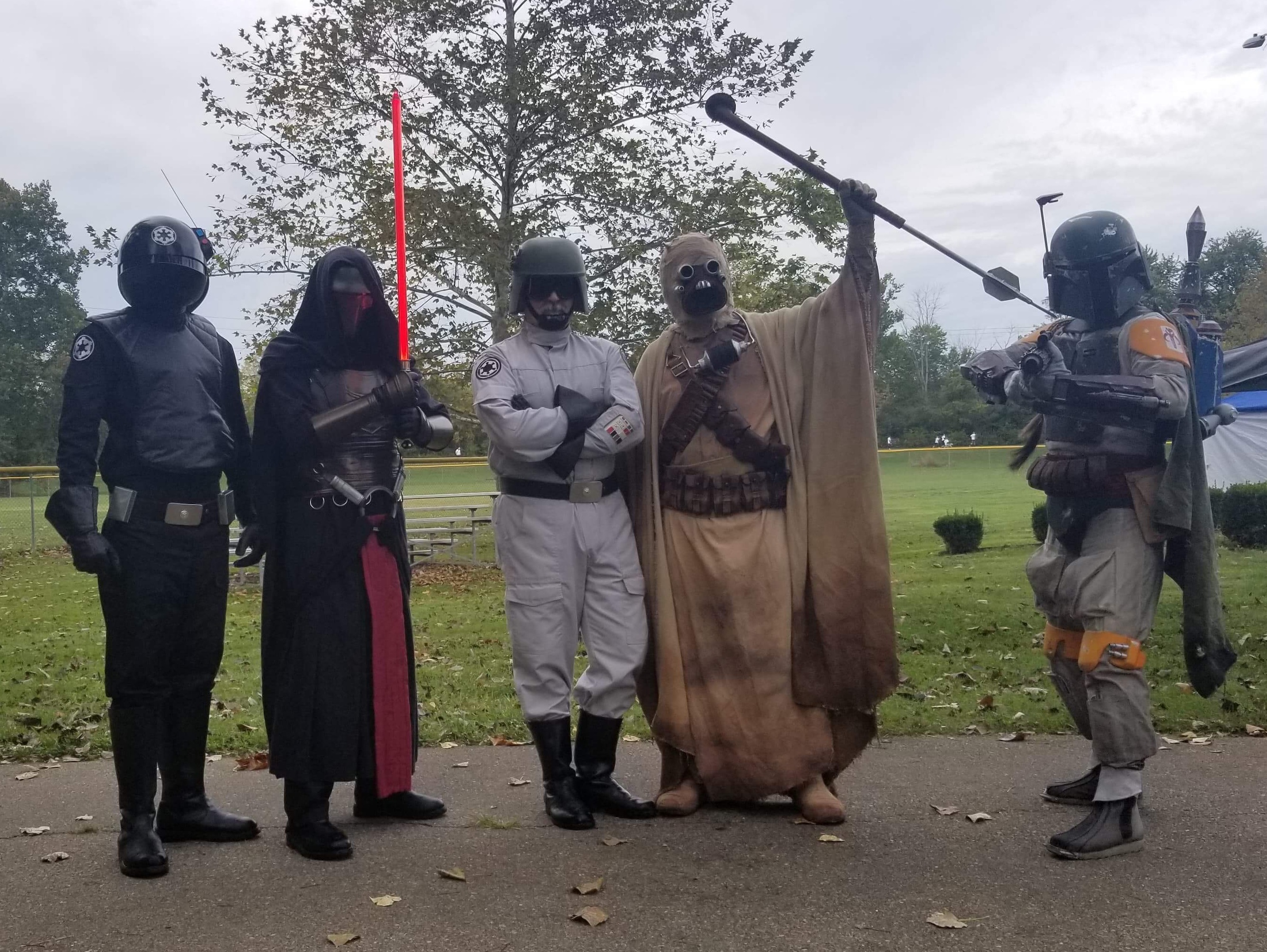 Since I've been trooping with the 501st for a year now, I thought I would post some more shots of my kit in action. Please let me know if you notice anything I can improve on. I often feel like something is just "off" and I can't pinpoint it. 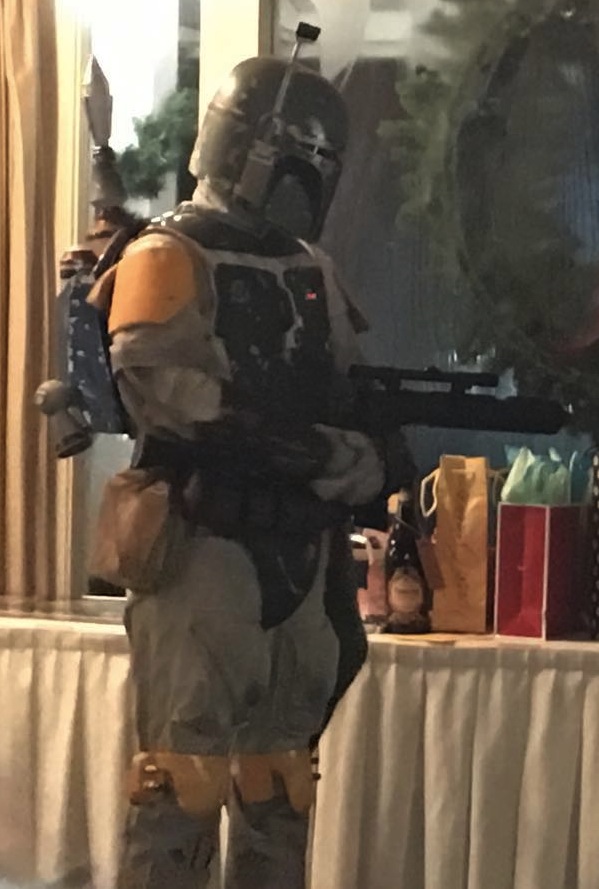 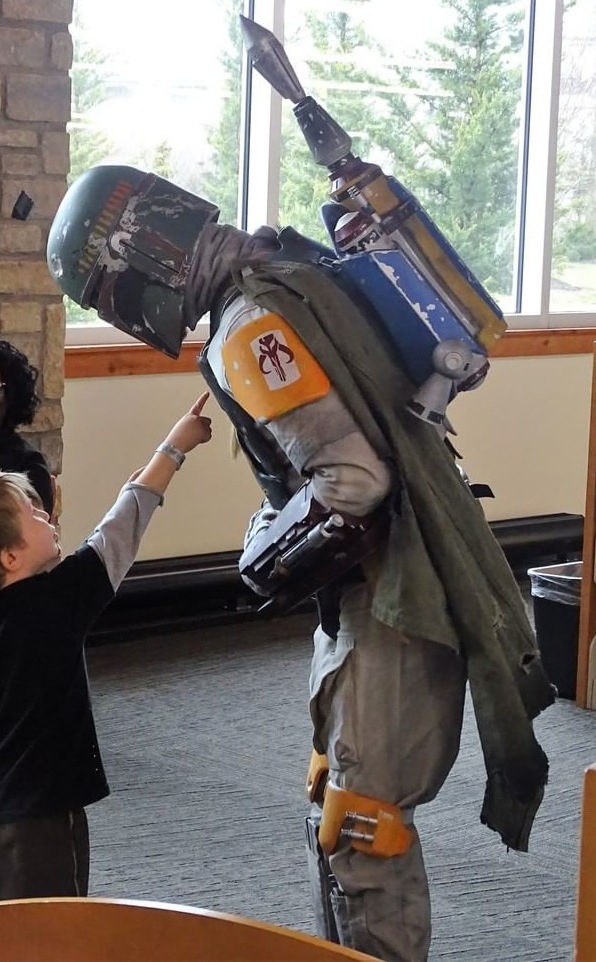 I just received a set of RKD chest armor to replace my cheap set, so hopefully that will help my confidence. I think the more contoured shape will help the suit look more professional; the ones I have now are just too flat. I'll post pics as I work on it. 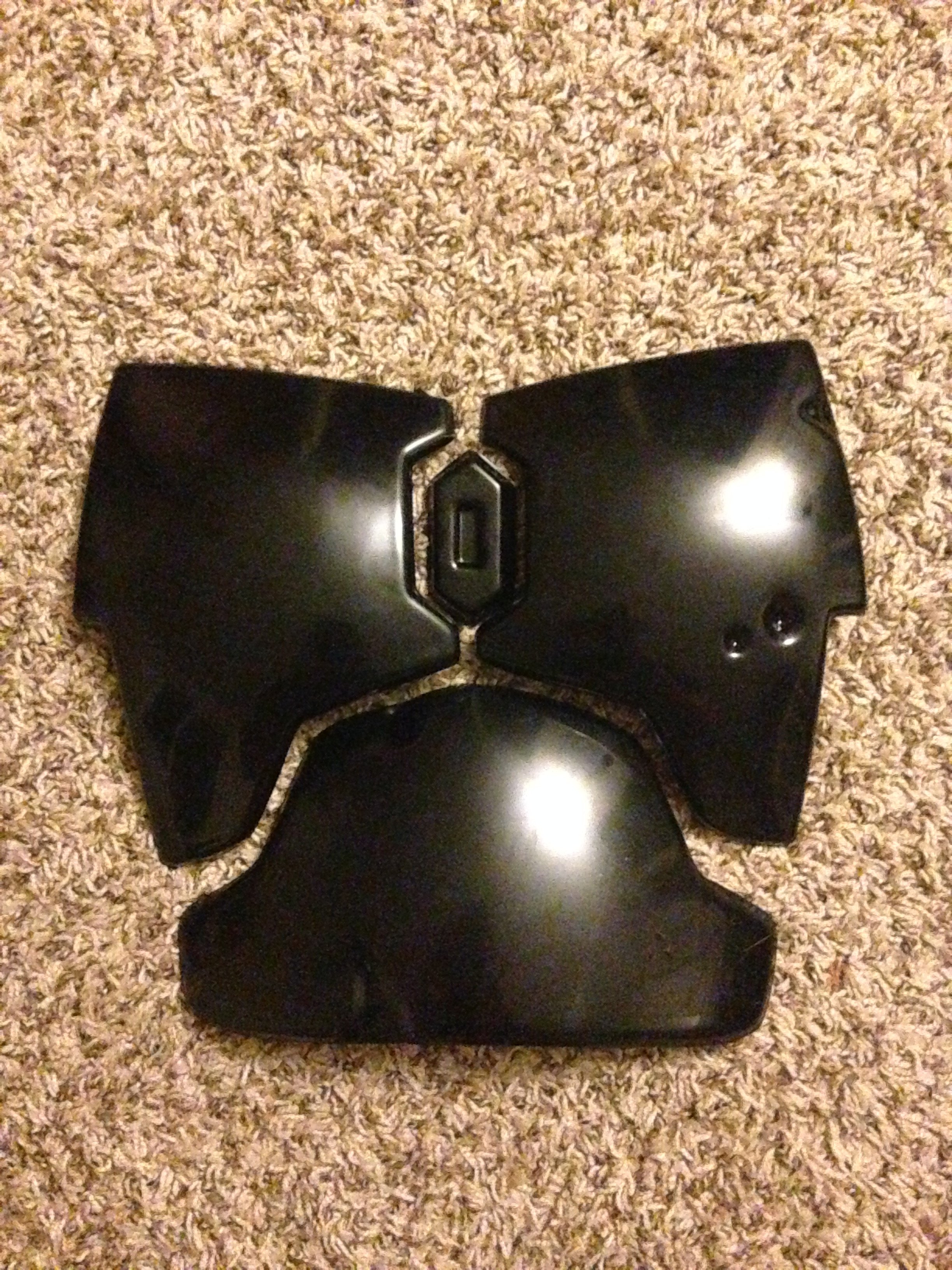 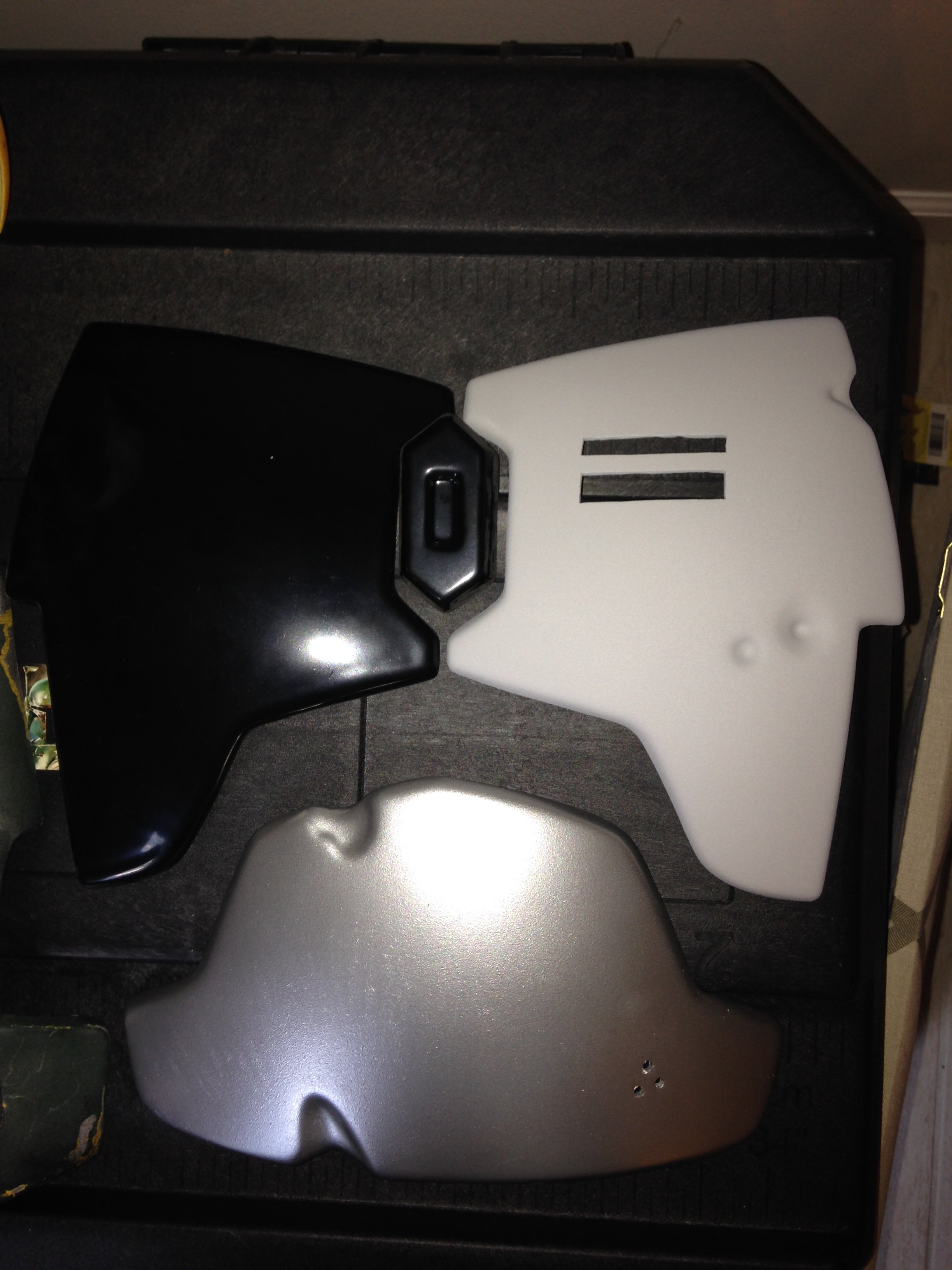 TDH PREMIUM MEMBER
Who's the armor from?

TDH PREMIUM MEMBER
Never mind, it's RKD. I answered my own question! 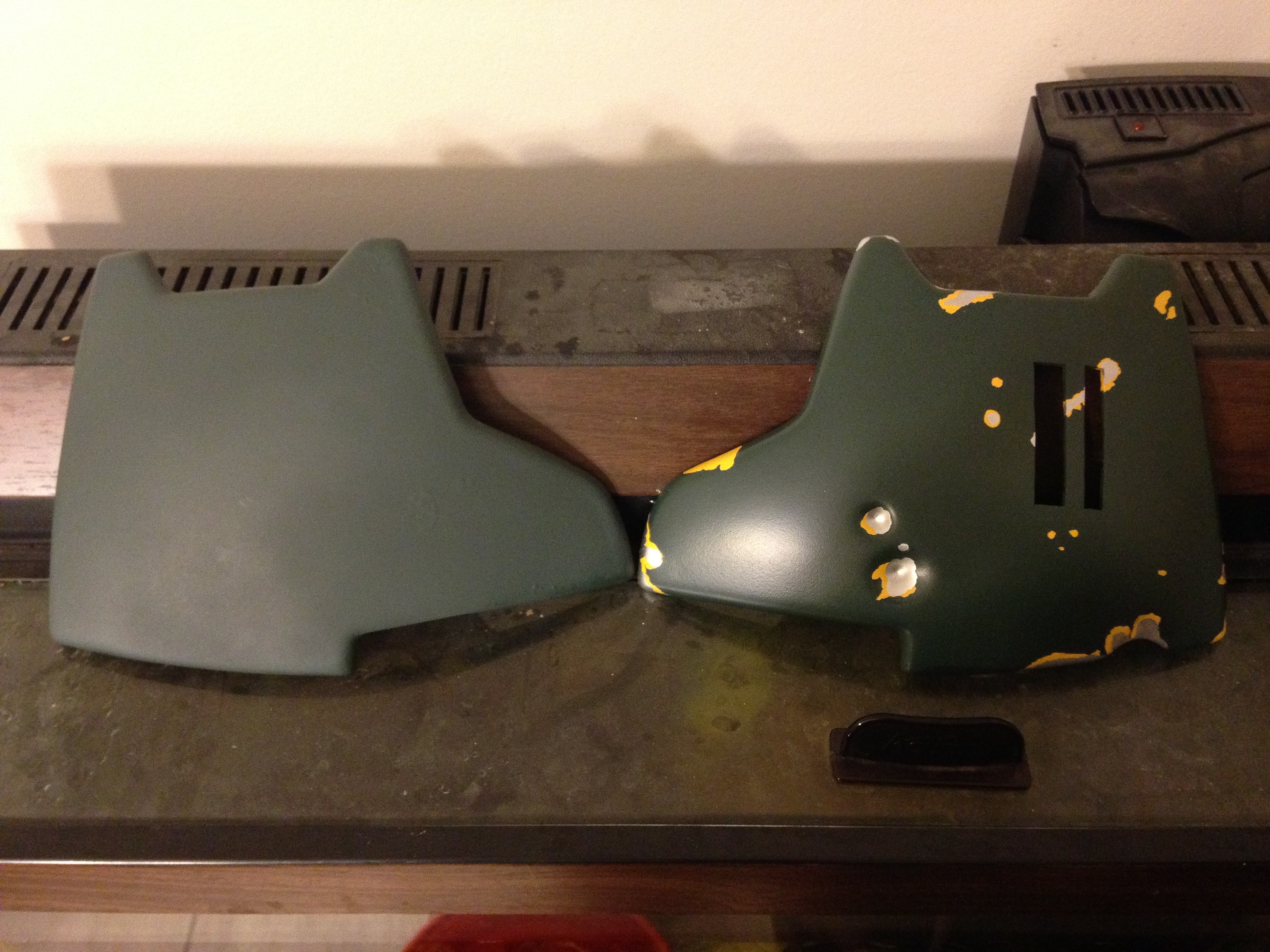 I'm having some paint issues. Right piece is fine, left piece came out all flat. I'm discouraged because the weather is not cooperating and I'm running out of time before my next scheduled troop. 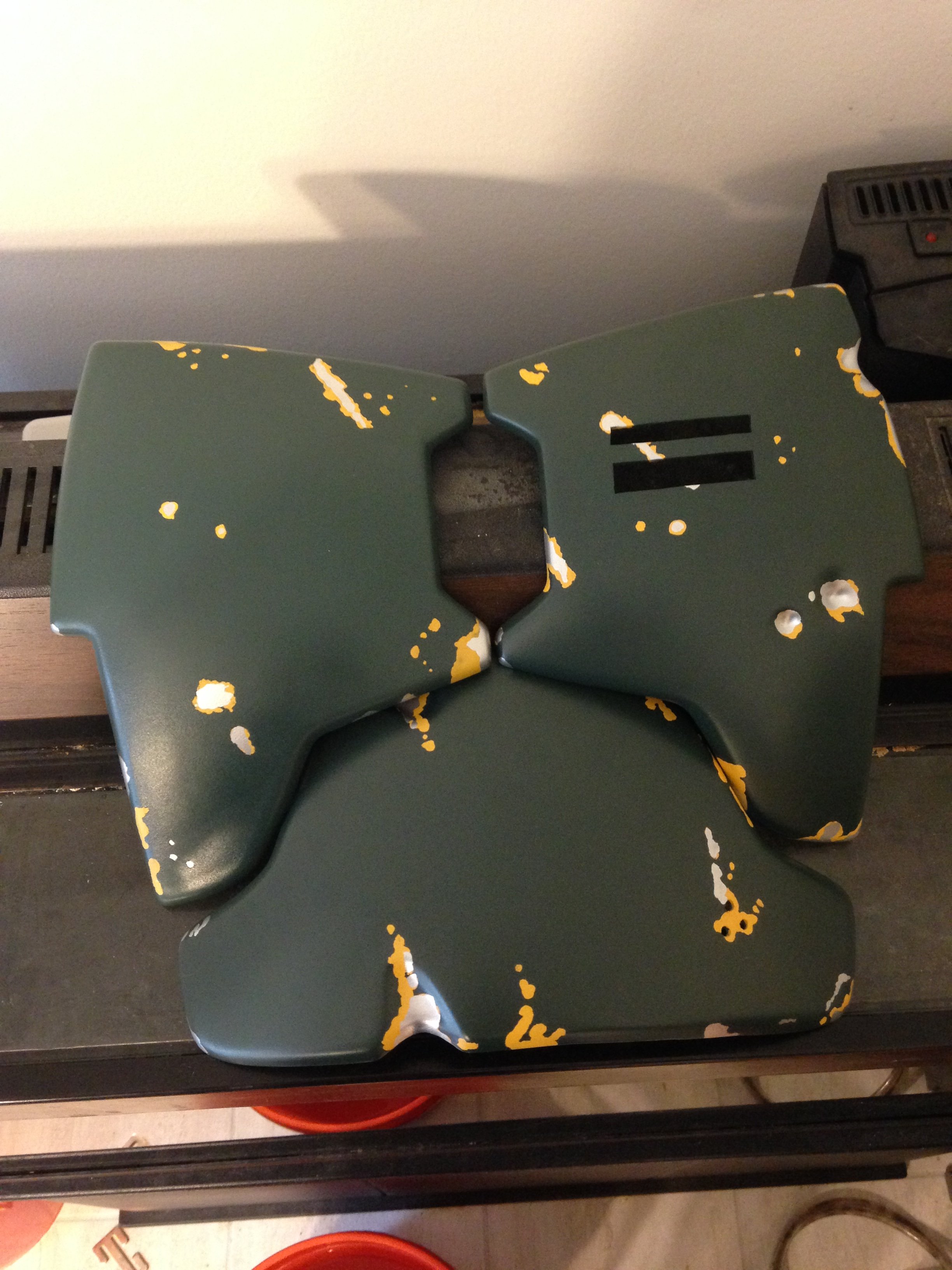 Much better! I sanded down the bad layer a little and repainted it. The spray paint just didn't get mixed well enough the first time.

TDH PREMIUM MEMBER
Looks great! Saw your post in the Facebook group. Crazy to see the paint change that much after a shake or two! 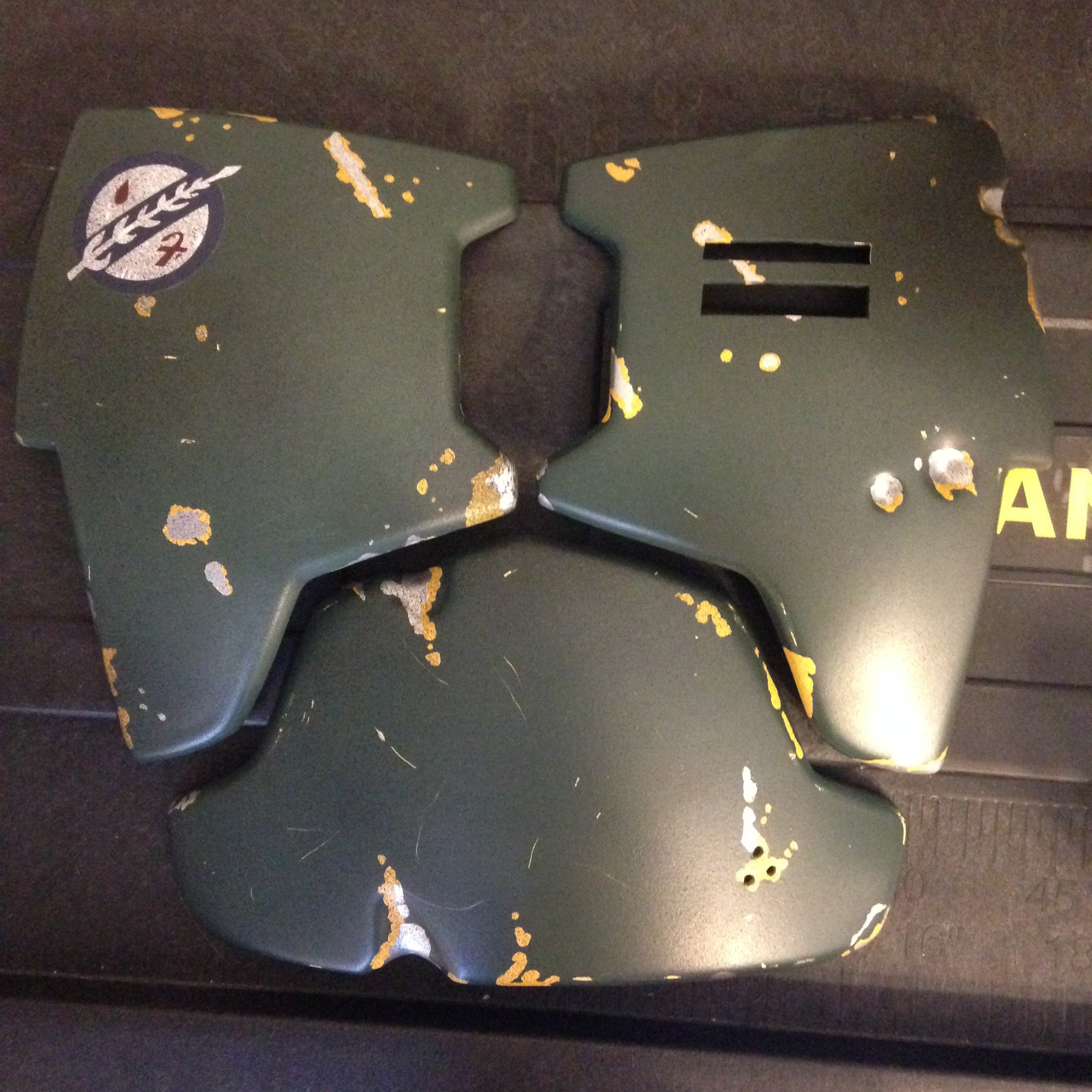 Got some weathering done. Hoping to get everything attached in the next week. 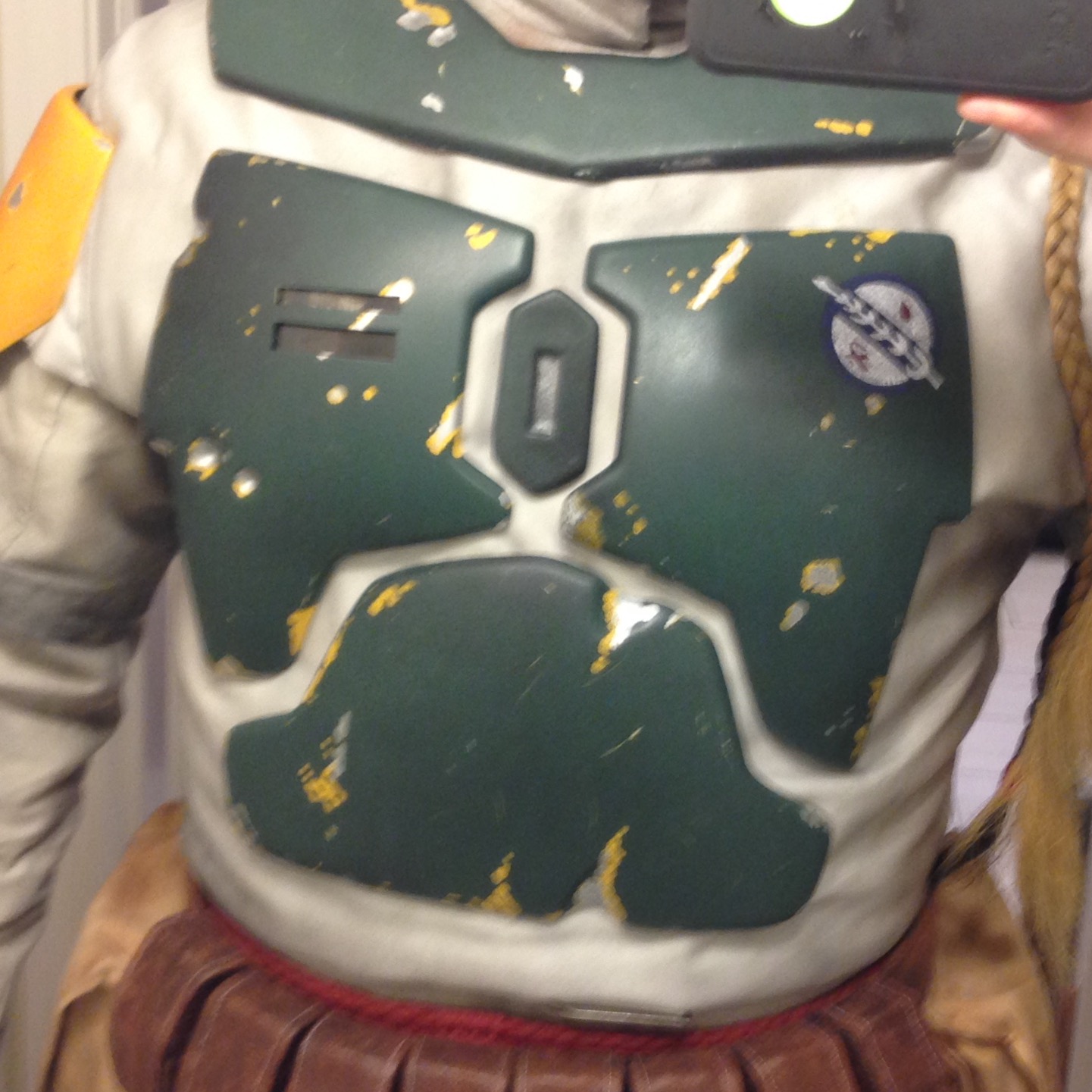 It's on! Well, most of it. The diamond is from the old set; I didn't sand the edges off enough on the new piece and waited too long to fix it. I'll get it painted and stuck on there, but I'm happy enough as is to take it out in public.

Eventually, I'll need to get the bottom of the vest hemmed, since the new armor is a little bit smaller and there's now too much fabric showing under the ab plate.

Next troop is Saturday, so I'll get to see how it holds up.

P.S. Clearly I'm also now doing the "flipped" version of the costume from the scene in Jabba's palace. 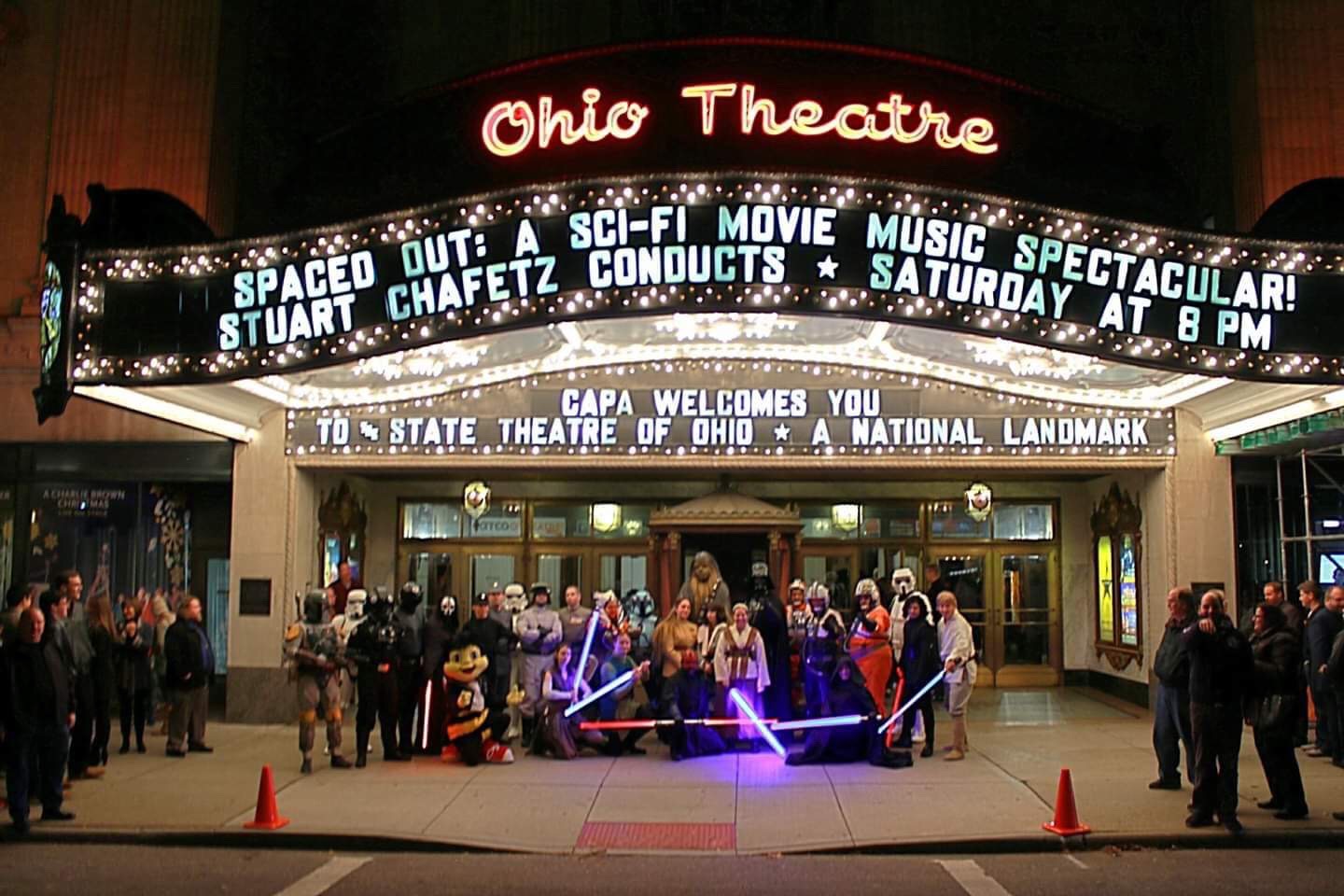 There were nearly 30 people in costume at my latest troop, the Columbus Symphony Orchestra's sci-fi concert. They played lots of Star Wars music (Fox Fanfare, Main Title, March of the Resistance, Rey's Theme, Scherzo for X-wings, Imperial March, and The Imperial Suite from Rogue One) and pieces from Star Trek, Back to the Future, CE3K, and others. Haven't found a lot of shots of me, but here's one showing the new armor. 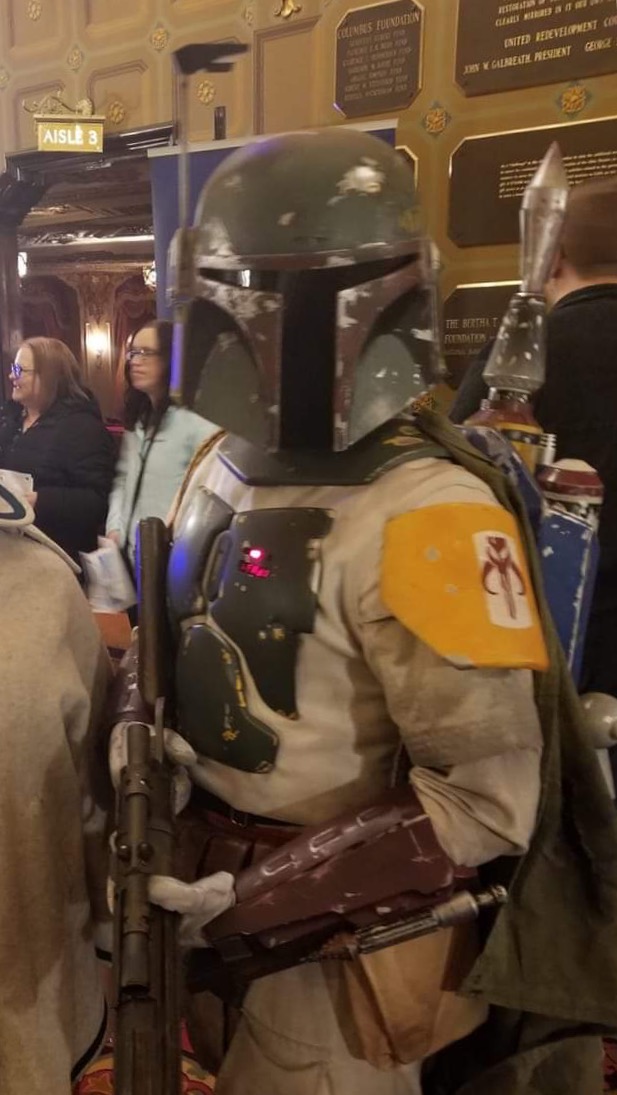 This troop's casualties include a broken boot spike, a detached gauntlet buckle (you can see the left gauntlet separating a bit in the picture above), and a loose snap on my collar armor. Gotta keep the super glue in my costume tote.

I always think my candid shots look better than the posed ones. 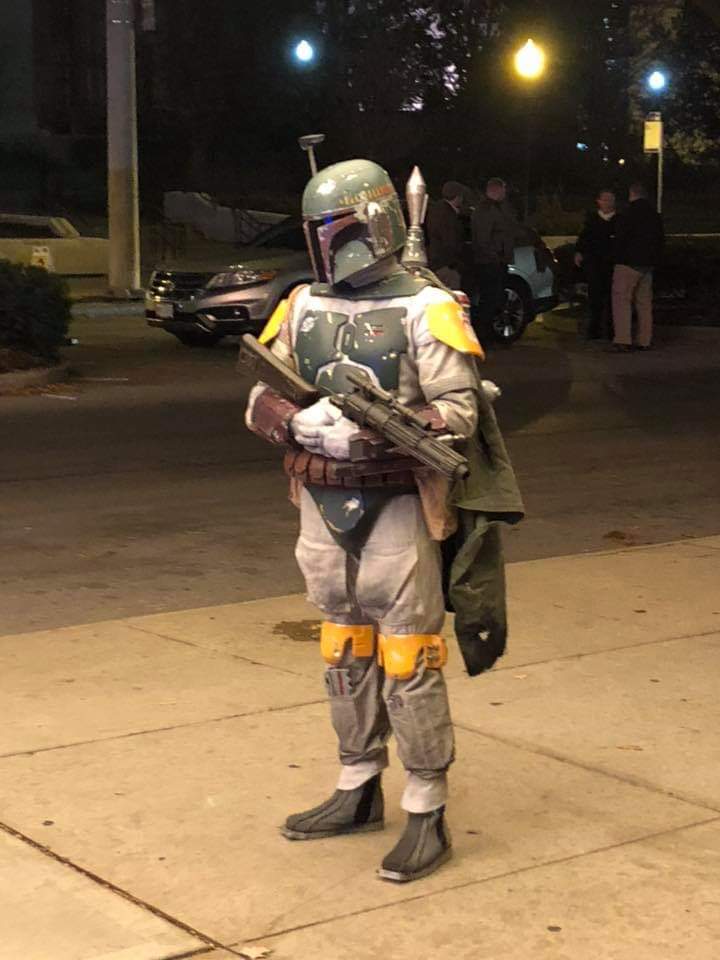 Came together really nice! I'm in north east Ohio as Vader and currently working on ROTJ Fett for my Father In Law.

Thanks! I'm hoping to get up north to troop someday. Maybe I'll see you around. Good luck on your build. You should make a thread; I wish I had started mine earlier. 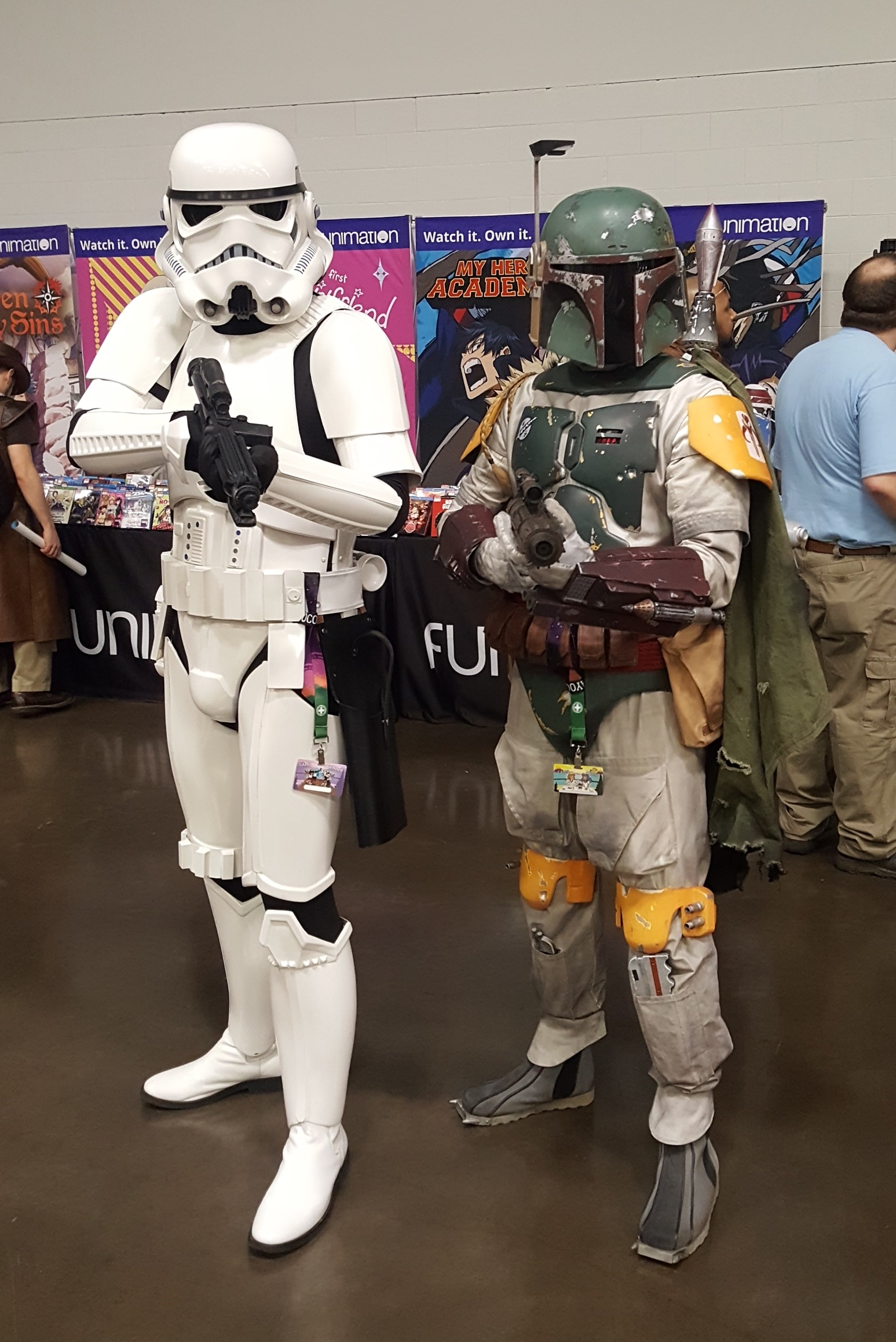 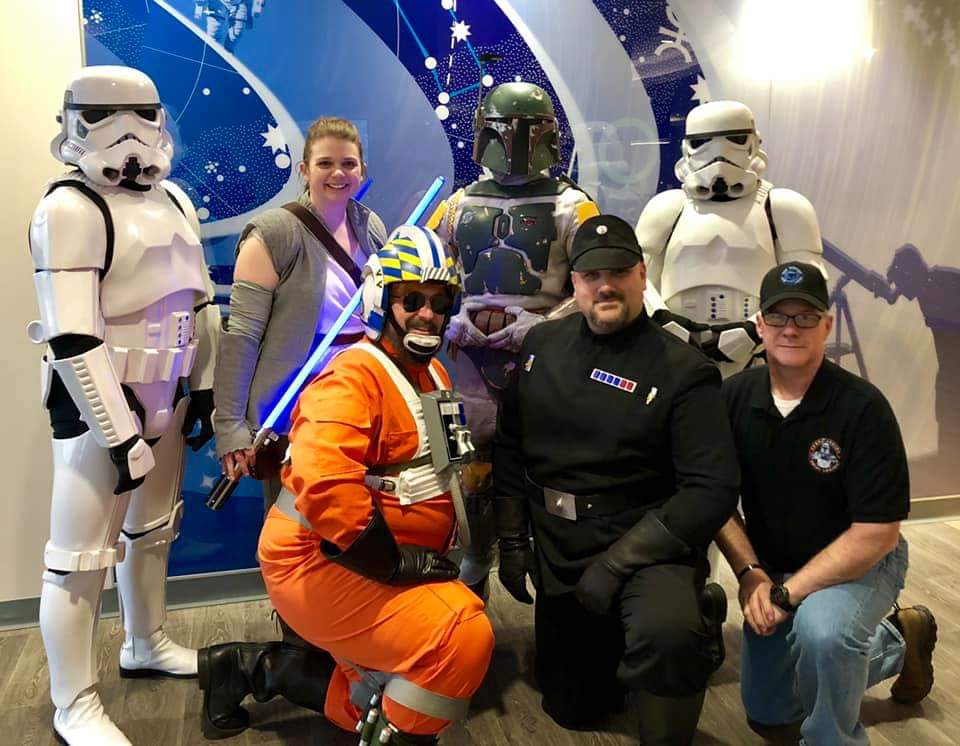 I’ve been wishing I could troop more, but the timing hasn’t worked out. However, I’ll be at Celebration all five days and I have May 4th off from work, so I may be ready for a break at that point!

I didn’t get many pics in costume while at Celebration this year, but I was able to be in several group photos over the five days. Here’s the 501st Bounty Hunters Guild group shot and march to the convention (I’m in full view on the left):

(Lowest Boba on the left)

(From the back: Greedo, Jango, Boba, me)

(In the middle next to Boushh)

Here’s the TDH photo (I had already changed out of my costume, so I’m the one in the green racing shirt): 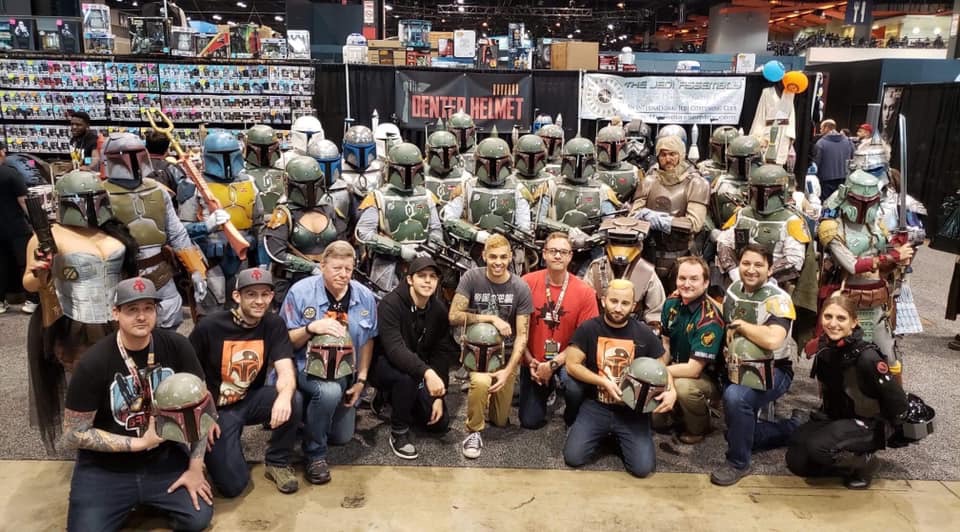 And here’s the 501st group photo (I’m in the second row with the big gap next to me): 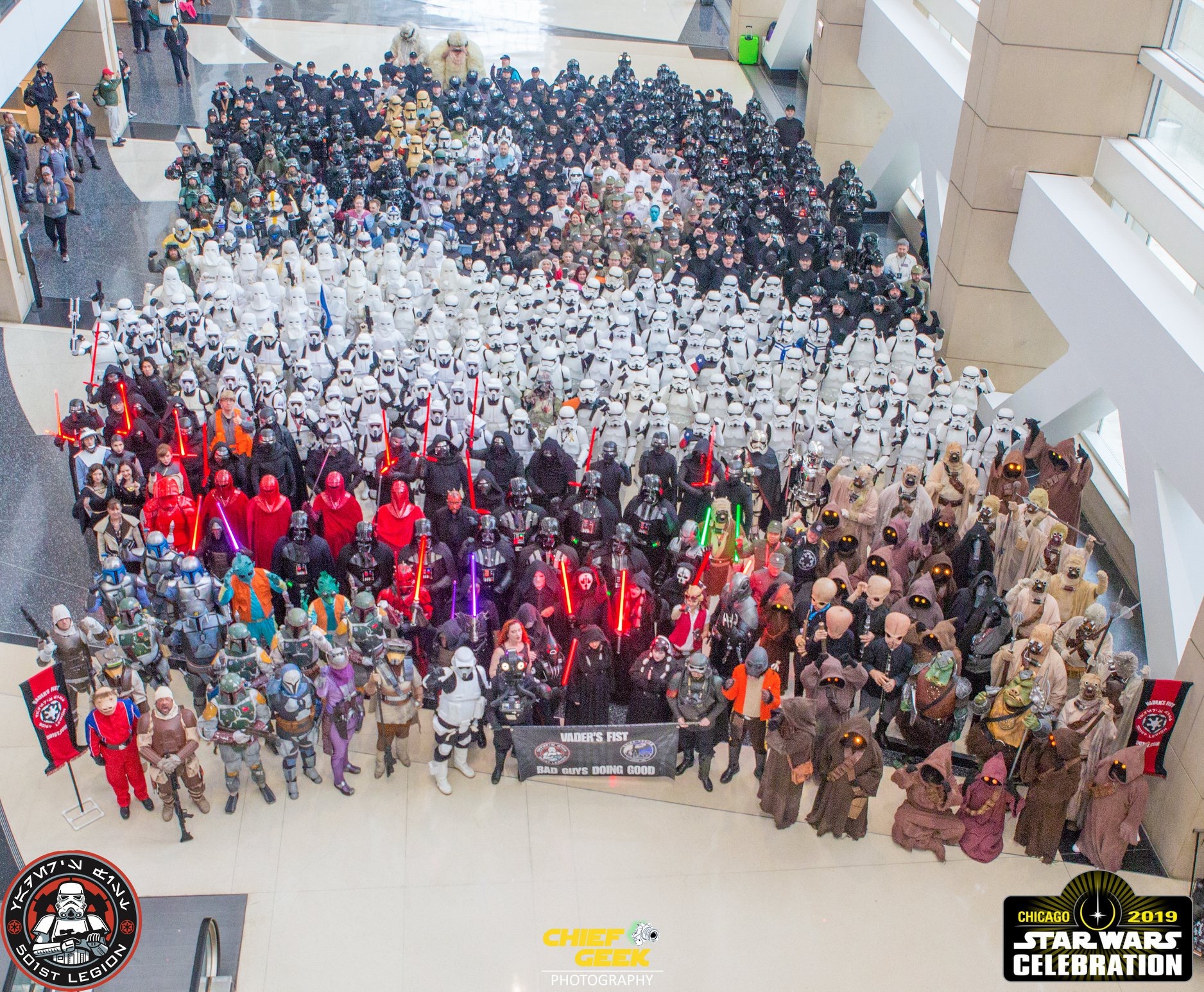 Overall, a great Celebration! The whole family came with me this time, and I was so grateful that the ridiculous lines from Orlando were mostly gone. My 8-year-old isn’t especially patient.

Thanks to everyone who welcomed me at the TDH booth, especially The Dent, who had a lot going on but took the time to have a nice conversation with me. I probably won’t make it to Anaheim next year, but I hope to see some of you again someday!

I found a couple more shots. I like the angle on this one: 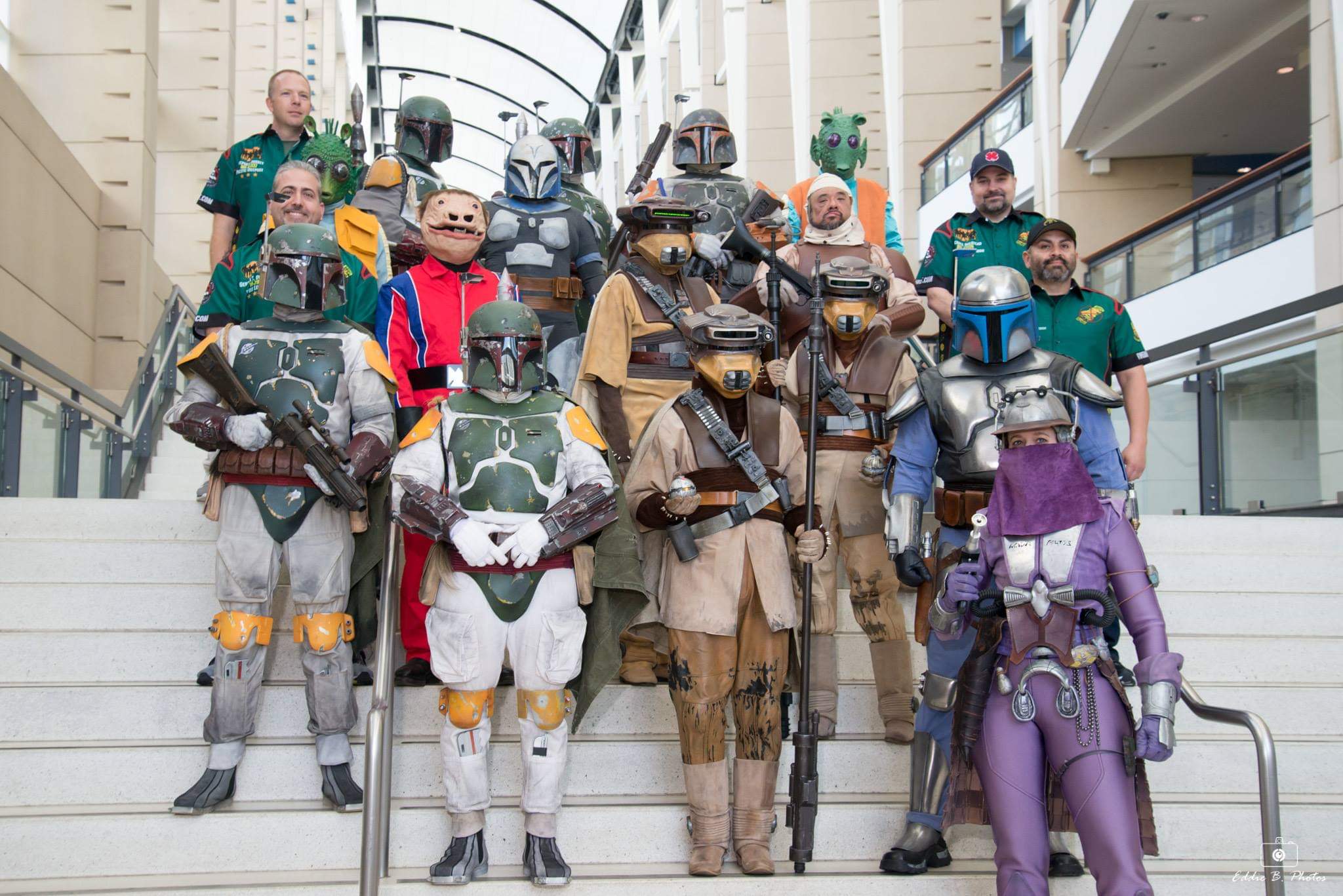 And this one was in the Chicago Tribune! 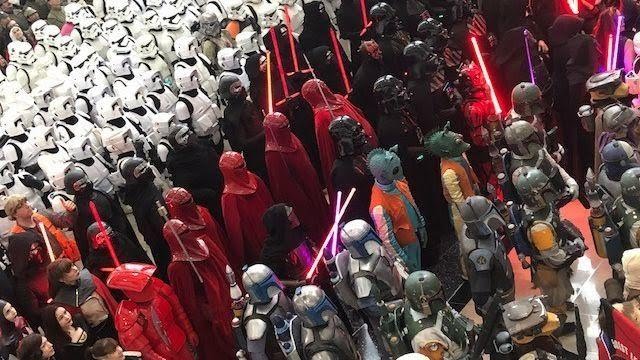 I forgot to mention that I upgraded my jet pack beacon with an aluminum shell from Machinecraft and jcfett’s light kit. I really love it, but it doesn’t show up in most pictures. You can just barely see it in the shot with Jabba.

Two troops in one day! Not a great idea, but we had 36 events on May 4th throughout Ohio, so I did my part. First was our local community center’s family event. They made some great decorations! 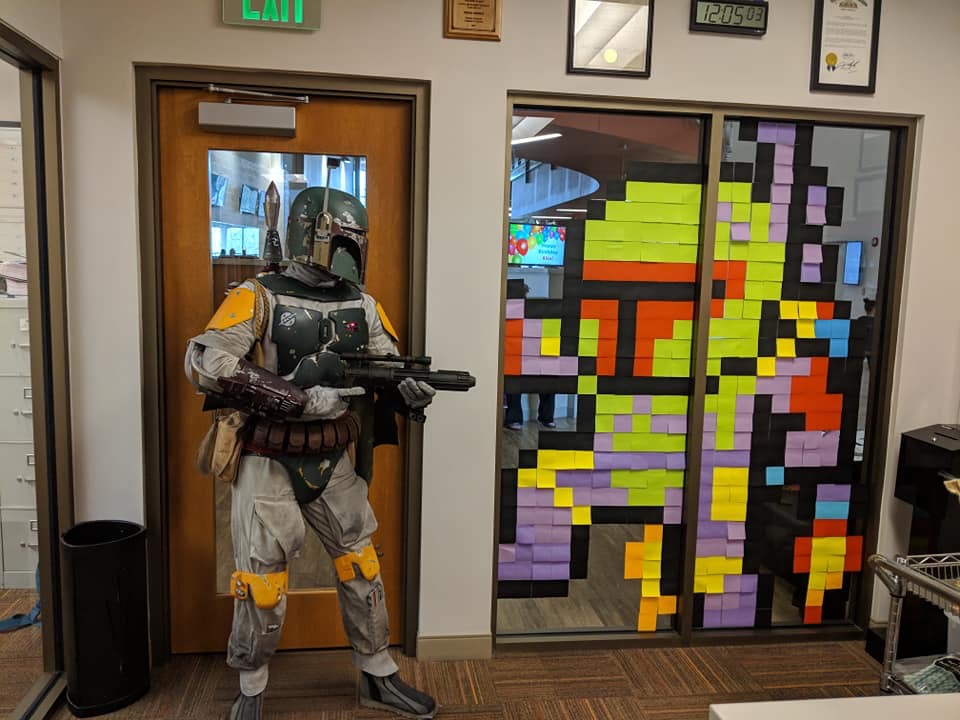 Then I took off my jet pack, helmet, and codpiece and drove across town to the Historical Society museum. 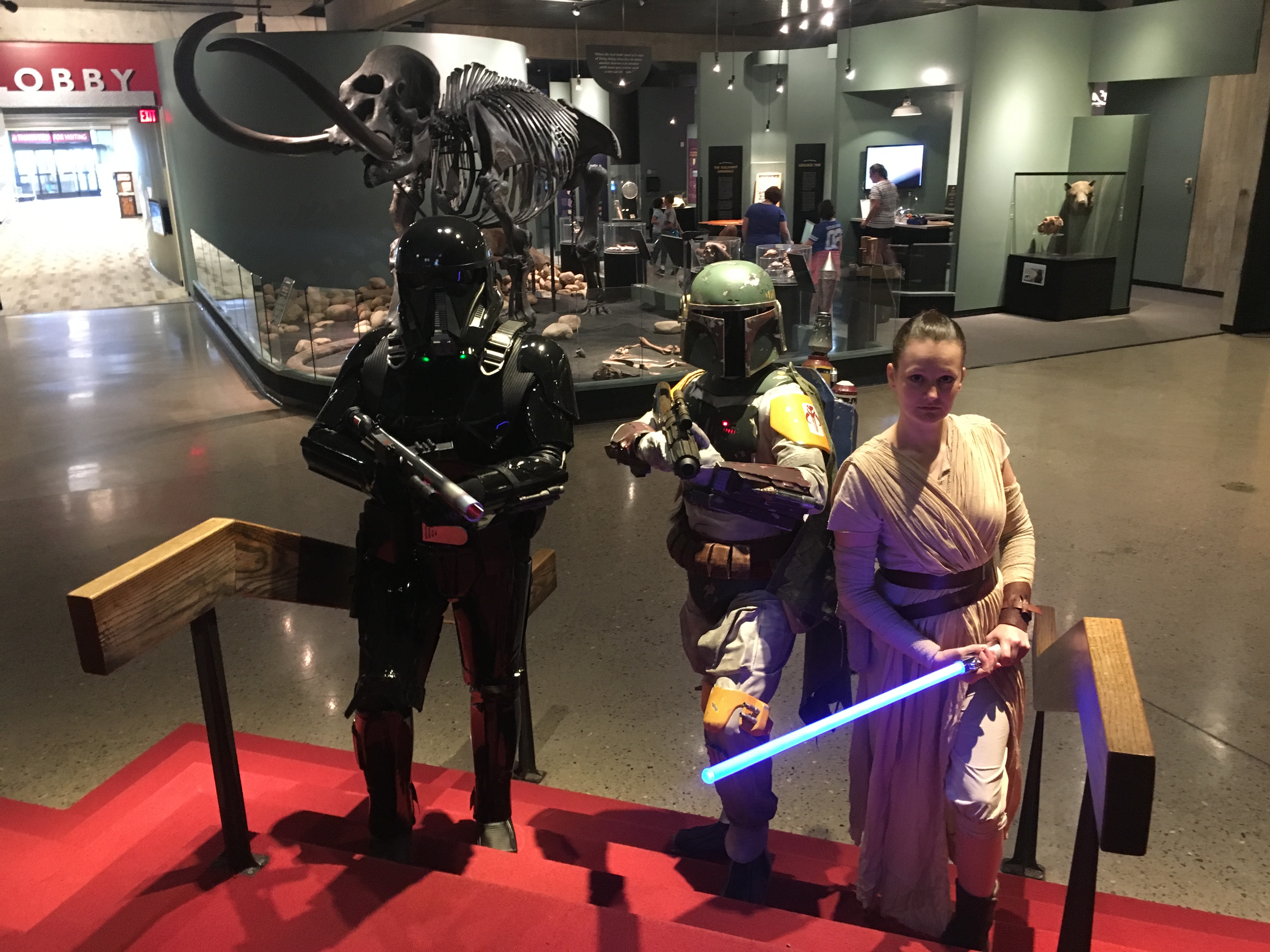 I wish I could have done more, but I was aching as it was. Came home and watched TFA with the family. A good day!