My first Fett is coming along pretty good. Just a checklist of what i have so far

Im wainting on (in the mail)
-Rimshot ROTJ Ammo belt
-Girth Belt
-Pre-pro styled gloves (not movie accurate, but they are SOO COOL!)

Some pictures of what i have together so far:

Gauntlets right after i had finished painting them, not velcroed yet, and no tubes attached.

BobaMaker flak jacket hanging in my room, its got the wookie braids, the cape, and the chest / shoulder armor on it. Notice there is no chest logo yet...i removed it during my many repaints of the armor, i have another one in teh mail to replace it.

BobaMaker jumpsuit, with my own custom height extension in the chest area, the green insert it twice sewn by hand, and 3 times by machine at EACH of the seams...so its strong as anything!

The TK409 belt pouches, i did a little light weathering, though its hard to tell with the lighting.

Left gauntlet, im going to repaint the tip of the missle gold like it should be, right now its kind of just rusted silver because i had no paint to do it correctly when i assebled it.

Right gauntlet with the hoses coming together. Notice that the attachments aren't completely movie accurate, i bought these little length's of hose with those attachments already hooked on...so i decided just to use them. Im stil ltrying to figure out hwo to make the second side mount on the gauntlet.

Not pictured are my knee and groin armor, just because i didn't feel like taking more pictures of them.

Im still not too happy with the chest armor paintjob. Im on i think my 3rd repaint of it, and i think its getting BETTER...but its still not where i want it to be. It truely is an art!

I'll update once i get my boots and stuff from UPS today, with some more pics to see how it all fits on me!
Last edited by a moderator: Jul 23, 2017

looking good so far!!! :cheers
hmm... the missile tip is not gold really... more liek gold with a black/silver was over it... at least that's what I did... 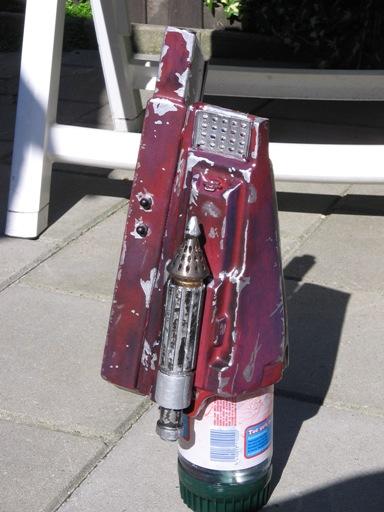 After seeing your pic, i think im going to mist it a bit more with black to make them a bit darker.

maybe this will help, myn is in this picture still matt, as I put some shiny caot over it later (like you see in the pic above) 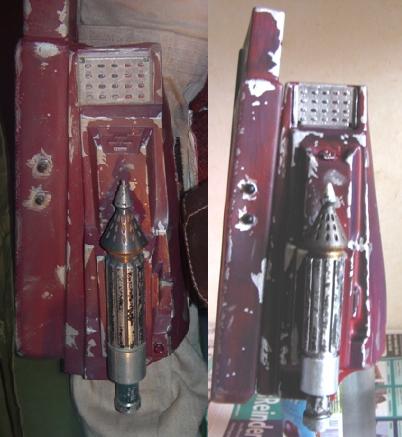