CrossOVERS not CrossDRESSERS! Well, sort of.

Ok, here I'm going to go through some concept pics of crossover armors with other universes. For example, what if starfleet somehow made contact with the Star Wars Galaxy, and Starfleet used the Mandalorian Armor, and/or the Klingons did? Or perhaps Batman was somehow transported to the Star Wars universe, and took on the mandalorian armor, even after returning home? Or maybe the Mandalorian culture made an impact with the gundam universe and Mandalorian armor themed Gundams started showing up? Well, I'm going to answer these and other such questions. Ain't sci-fi grand?

Ok, first up I have version 1.0 to the Mando/Batman crossover, specificly the Batman Beyond version, and is currently my only drawing so far that I have out of my brain. I used the top portion of Wizardofflight's tempalte picture that you has posted in his armor template pages so it's just the armor right now. In fact it's just the black armor, black suit, and the Batman Beyond symbol on the right chest piece. It took a while to clean up the haze around the lines in the picture in MS paint, but I got it done in about 3 hours. The symbol I made in Rhino 3D as lines and rendered that out nice and clean, then shrank it to fit the armor. Version 2.0 will be modified armor to accomadate the larg chest symbol as it's supposed to be in the center, but for now I'll just stay with this and expand.
Upper Batman Beyond Armor Concept
For the forth coming helmet, I'm planning on Black with a littl bit of red trim. The rangefinder will be gone, and the ears will be symetrical, with bat ears of course. However, I'm contemplated have the right ear stock being some sort of swing-down rangefinder, there the tip swings over infront of the eye when lowered. I'm actually planning on making this batman armor someday, so watch out for the Mandalorian Batman at the conventions!

And if anyone has there own crossover mando concepts, by all means show it!

Here's a list of some ideas if you want try your hand at it. Some of them I'll make, some others will make. Multiples of these would be fun
I'll put links to wikipedia articles to start ya off with some research.
Batman Beyond
Rocketeer Mando
Green Lantern
Star Trek Mando
Automotive Mando
Gundam Mando
Samurai Mando
Iron Man Mando
Spawn Mando
Punisher Mando
Halo Mando
Judge Dredd - Darth Valcaar is aking care of this one, and doing a magnificent job


In tribute to the soldiers who are fighting very hard all around the world who protect our freedom (not just the US), I'm going to make these as well. If you want a branch of the military done, I'll put it down in the list (US and any other country). I do plan on making each and every one of these suits that's listed below. It may take a while, but this is my way of showing my support for the troops.

Other Countries: (I know it's a pathetic title, but I thought I'd let you all nominate countries and there respective Military Branches)

Hmm, I just might have to draw up some Mando X-Men. T-shaped optic blasts from Cyclops, Gambit's gauntlets hold decks of cards, and Wolverine...has...claws. But his skeleton is not adamantium, it's BESKAR!
T

Ok, after going through several hours on through this long night, I have a modified helmet of the 3D model I made for my other armor. I basicly just added ears on the side and the pointy ears, then gave it some color. It's a, incomplete model, but It looks better now that it's on the the body with the armor. It's also not completely accurate yet, but I'm working on it whenver I get time from my other project, family, and homework.

And besides the pointy ears, how do you guys like the symmetrical look of the side ears?
http://i6.photobucket.com/albums/y246/Toragh1/Mando%20Armor/batmanarmorupper4.png

Now all I need is the armor, an under suit, a few nik-nacs here and there and it's a Mando-fide Batman! I want to put something one of the shoulder bells to balance it out a bit, but I'm not sure what. I don't want to repeat the bat symbol, so what else do you think I could use?

Also, as a note, the red on the visor isn't relly that bright. It's just how the lights in 3DS rendered it, and I'm to tired right to fix it

Here's a shot of the back of the helmet to show the color. It's alot of black, but since it's supposed to be the "DARK" k"NIGHT" I made it really black with no gloss. I'll revise this, but again, it's 5:48 and I been up all night working on this
http://i6.photobucket.com/albums/y246/Toragh1/Mando%20Armor/bathelmet1.png

And for reference, this is the Batman that I'm emulating: 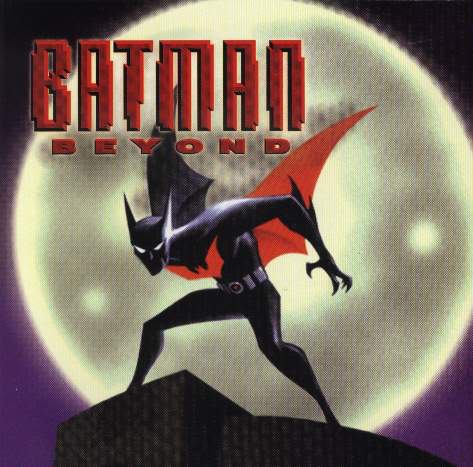 And I was thinking that adding my Jurassic park/Imperial logo on my right shoulder plate will be a crime!

EXCELLENT concept, Toragh! Moreover, Isn't Boba the Batman of the Star Wars universe?
By the way, I can't wait to see Bobatman's gauntlets and Bobatmobile!
Have you any idea for the cape?
T

Not a clue, but this bat don't have a cape. Those are wings that fold up. I am planning on doing a batman mando based on the prequel series to Batman Beyond, but I'm going to rework the armor a bit to fit the centered bat symbol. I'll probably go with a short cape that goes one both shoulders. But as usual with batman, besides those instances where he needs it, not jet pack with the prequal suit, but I'm going to figure something out for the Beyond Suit.
Last edited by a moderator: Jan 28, 2007
T

Here's the redesign for the Beyond chest armor. For the stomach portion, I'm thinking of using layered plates, similar to the Cade Skywalker armor, and having the middle of it having the same shape as the bottom of the chest armor, and curving into the middle, to simulate the six pack abs.

Please forgive the white outline. Those are just what showed up when I rendered it out in Rhino then colored it in Paint I fix it later when it isn't almost 2 in the morning 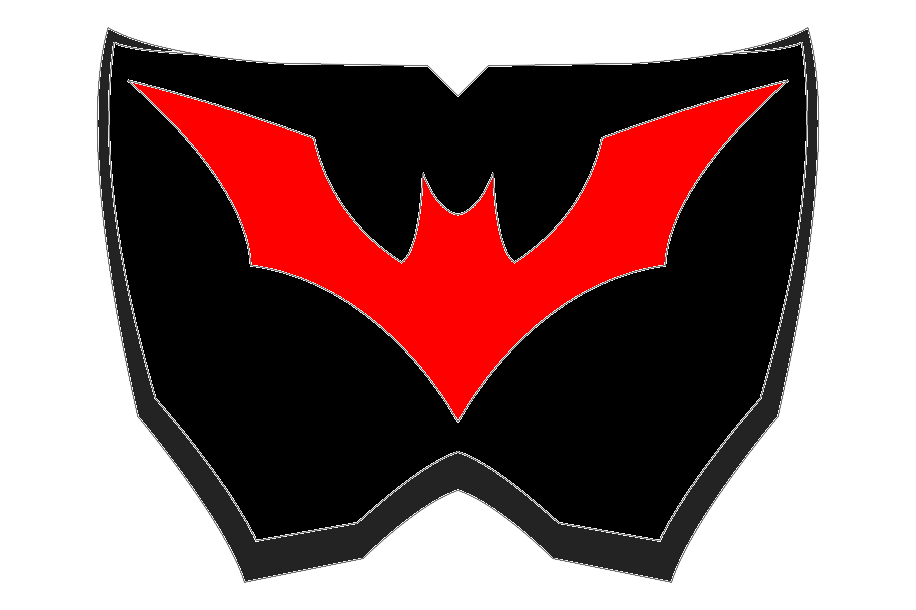 note: Can you find the special shape I put in the armor? And I don't mean the big red bat
Last edited by a moderator: Jan 28, 2007
T

I've been contemplating adding some Predator elements to my armor to harken back to that KOTOR-era style armor. Lots of bare, tarnished metal, spikes and bone.

Oooo, excellent idea! An Iron Man-dalorian would be extremely cool to do. The Batmandalorian Beyond is truly awesome!

All these ideas sound awesome.I really like the iron man crossover idea.I have a cool iron man helmet that would fit the look perfectly.
After I have finished with the 2 sets I am doing, I am going to tackle 2 ideas.A spawn fett with a gothic feel(ragged armor with good size spikes,topped off with a really cool ragged red cape, and a punisher fett(this one makes the most sense).So be on the lookout for this thread to start up.
I figure I will just use the jango 2 peice buckets for these outfits.
I am looking forward to seeing this batman look toragh.So far I am quite impressed.Everyone here does such incredible work.
G

It looks cool, it looks kind of like a peice of barc chest armor but upside down
T

Can you pm me a pic of that iron man helmet Wikedbeard?

P.S. expect the list up top to be update with these and any other suggestions and ect... Just incase anyone wants to try their hand at one.
K

I've been planning an Army Mando using the new ACU digital patern, I'm just not sure how to paint the helmet in that patern.

Community Staff
I found a template to paint digital patterns on guns not too long ago. Ill try and find it so you can try the arpat.
L

Im working on a Mando that has sort of a SWAT/Special Forces look to it. Ill post pics when I can...
T

Kantis Nolef said:
I've been planning an Army Mando using the new ACU digital patern, I'm just not sure how to paint the helmet in that patern.
Click to expand...


Is that your desert one or another?
K

Toragh said:
Is that your desert one or another?
Click to expand...

That's aside from my desert one, although I might use the desert ACU's for the Army Mando.

It's not really a crossover but has anyone ever thought of making a Boba with new armor? Not a new design but new as in no damage.
Last edited by a moderator: Feb 8, 2007
W

If you went new you could swap out pieces and have a year one, year two.........Now that would be sweet
T

That would be interesting.

I actualy had a police mando in mind for the past few months....but have moved on to use that armor for something else.....I usualy get excited about a costume for two weeks, forget about it, remember it, get excited again, and then just decide to pitch the idea.....Proboly how like right now Im into BSG, in 2 months ask me again, and I'll proboly have abandoned the project.
T

I know waht you mean