I am looking to buy a heiland or mpp for my fett esb blaster but I was wondering has anyone determined which it really was? If not which way does the general populous on here swing towards? Thanks
STeve

MPP. The Heiland is just a close enuf thats a whole lot more easy to get your hands on.
N

I think that the MPP was used for both Vader's sabre hilt and the flash suppressor on the EE3. However, they are extremely difficult to come by. The Heiland is much more common, cheaper, and has the exact same configuration.
S

Does anyone make an MPP replica?

They may just sell you they basic tube without all the bulb clamps and switches that you wont need. He did this for me when I wanted just the top section of a graflex for my supertrooper blaster.

Necronaut said:
I think that the MPP was used for both Vader's sabre hilt and the flash suppressor on the EE3. However, they are extremely difficult to come by. The Heiland is much more common, cheaper, and has the exact same configuration.
Click to expand...

I've never seen a heiland with the correct configuration as is on the MPP. When did you discover that? I thought the hole pattern on the MPP was unique to MPP alone.
L

Yeah the Heiland is missing the large vertical hole that the MPP has.

Sent from my Nexus 5

Yeah, the MPP is unique. If you guys find a source for repros please share. I looked a while ago with no luck.

try the above link

I knew about that, I've ordered from Parks before. I just didn't think of asking for just the tube. Thanks for the tip.

He was very helpful to me. His site lists the bulb connector at $25 the clamp at $35 and the button panel at $15. So that's $75 of parts he can sell. plus you don't need the bulb shroud or screw cap.

IF he'll do a deal on just the tube it should be a great deal.

IF not you could easy sell the bits you don't want yourself.
N

Necronaut said:
I think that the MPP was used for both Vader's sabre hilt and the flash suppressor on the EE3. However, they are extremely difficult to come by. The Heiland is much more common, cheaper, and has the exact same configuration.
Click to expand...

I stand corrected, everyone. The more you know! 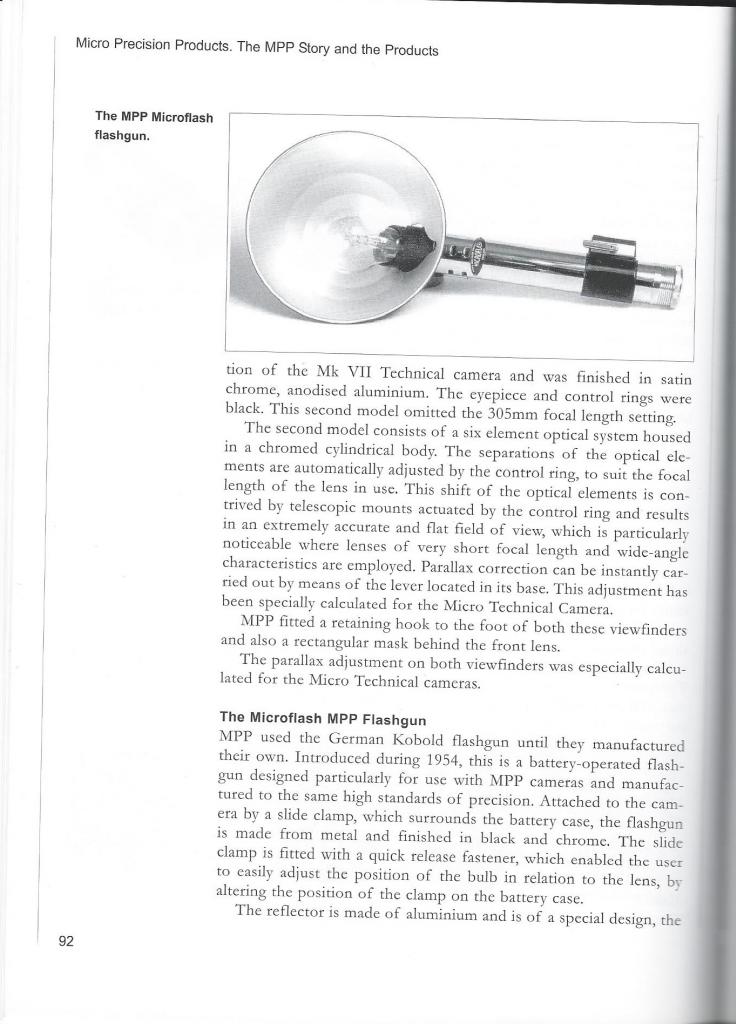 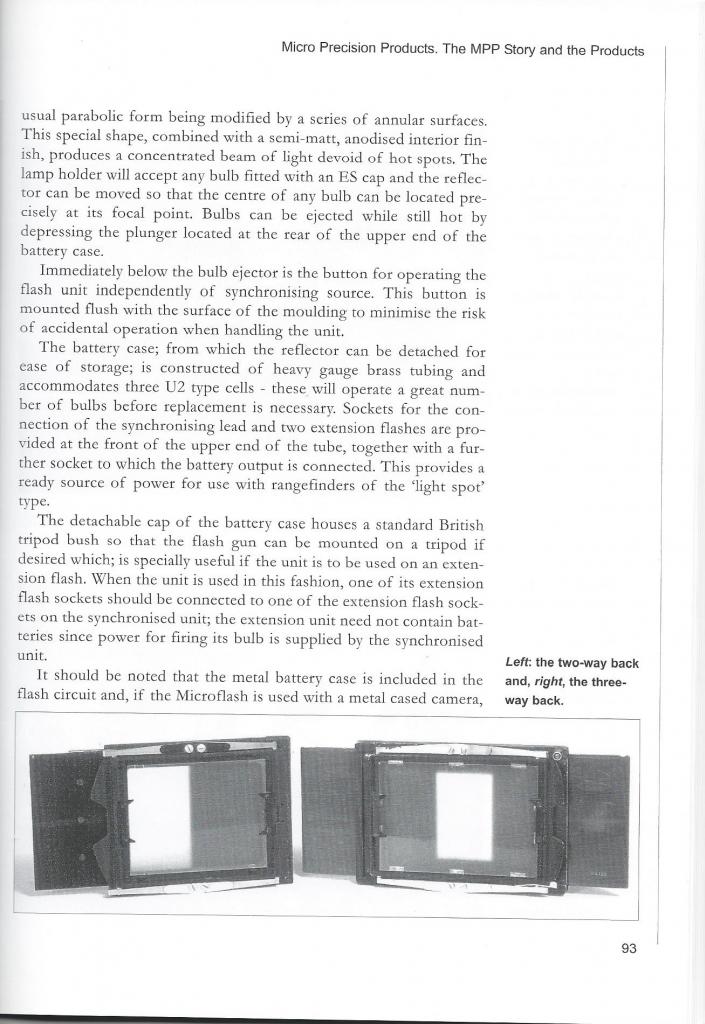 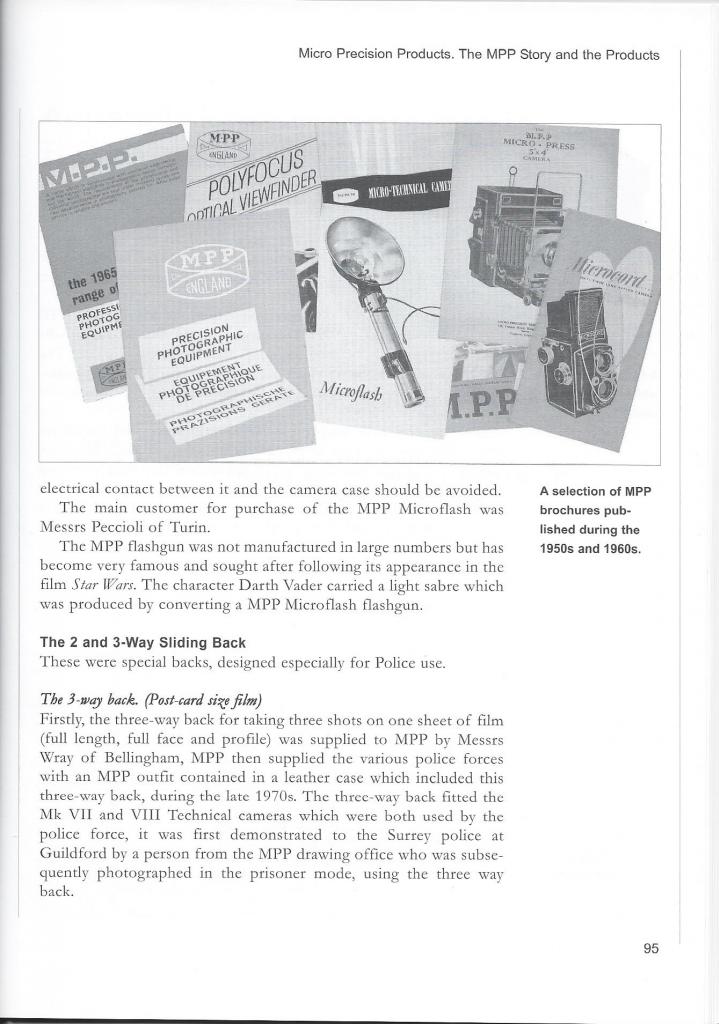 In addition this old thread indicates that there is a Heiland out there with similar holes to the correct MPP (marked here as Heiland type 2) but I have yet to see one. I have had several 3 cell Heilands but have never seen this one. Every three cell I have had that looks like this Type 2 always has additional holes in it.

Darren,
my house is full of junk!

This is the book if anyone wants to know more about MPP products. Sadly it is no longer in print and it is unlikely that it will ever be again and so tend to sell for a premium. If you pick one up for under £20.00 then you've done well. Happy hunting! 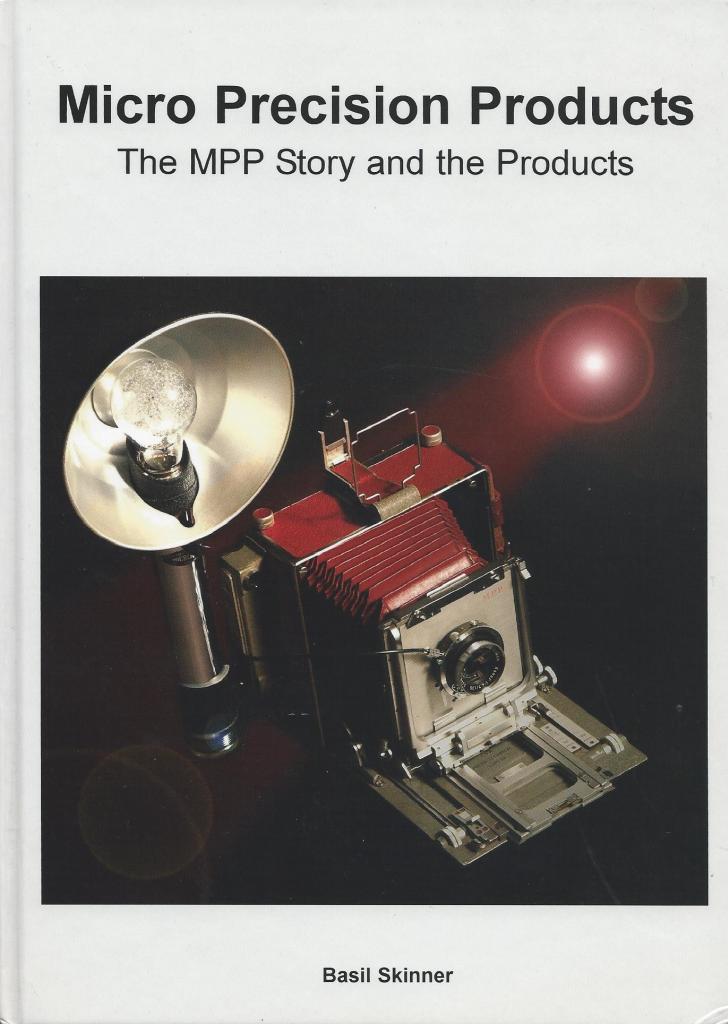 That's a nice piece in interior you have there, Andy!

locitus said:
That's a nice piece in interior you have there, Andy!
Click to expand...

Thanks dude, It unintentionally ended up a kind of Vader/Baddie display. There are more pictures over at rebelscum.
intwenothor's collection - Page 6

Anyway as I am in grave danger of hijacking this threas and derailing it I shall get back to the oringal topic; I would suggest that if an MPP cannot be located (and the chances are that one can't) that a 2 cell Heiland is preferable to a 3 cell Heiland for several reasons: 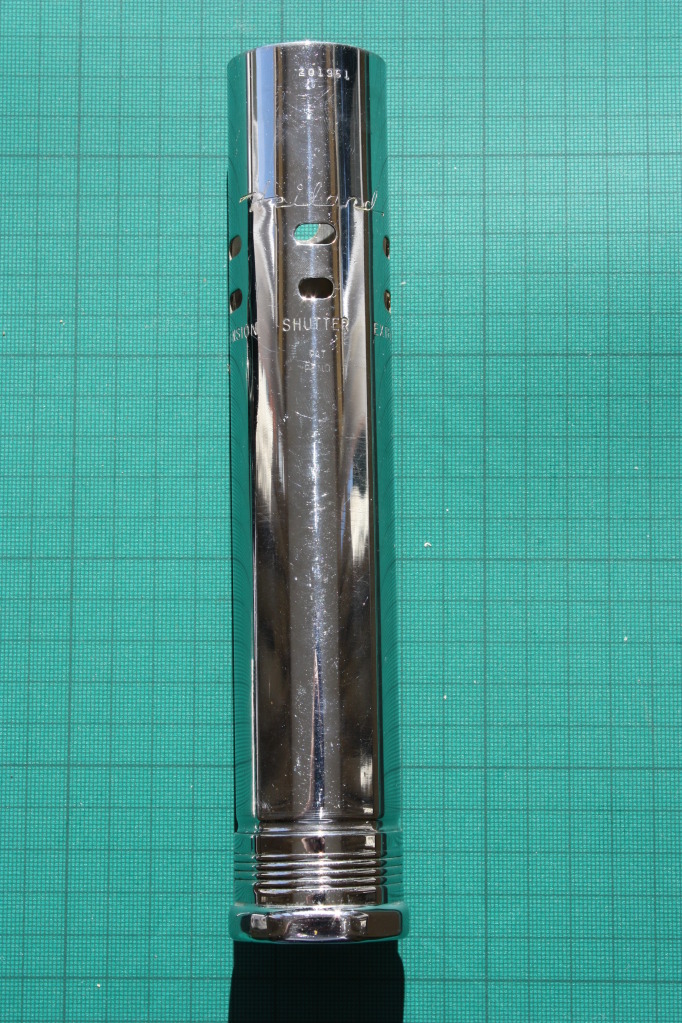 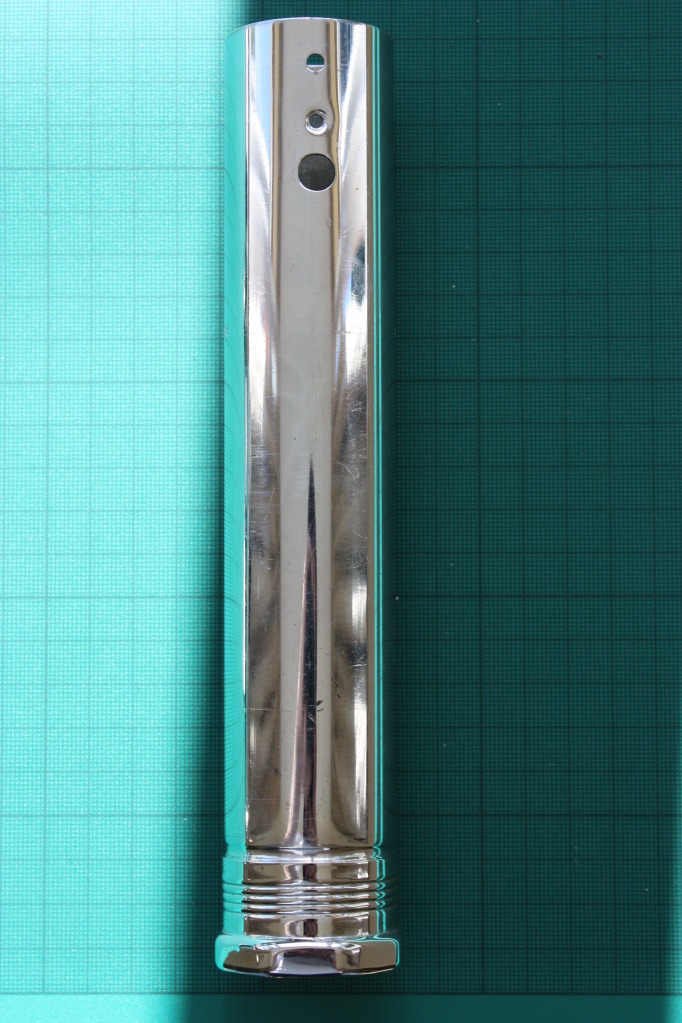 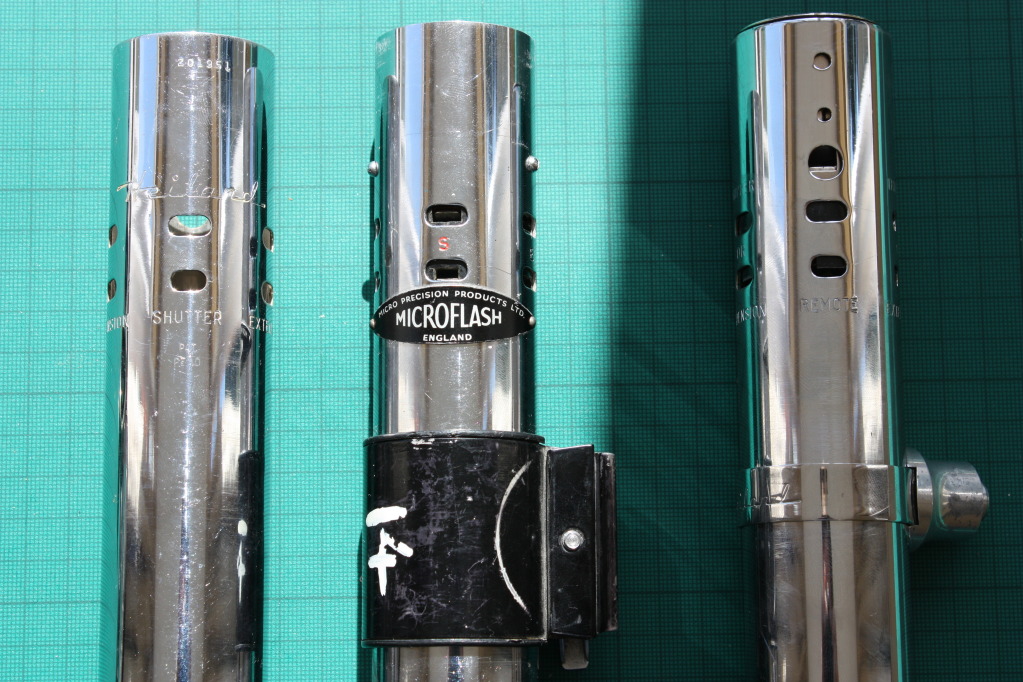 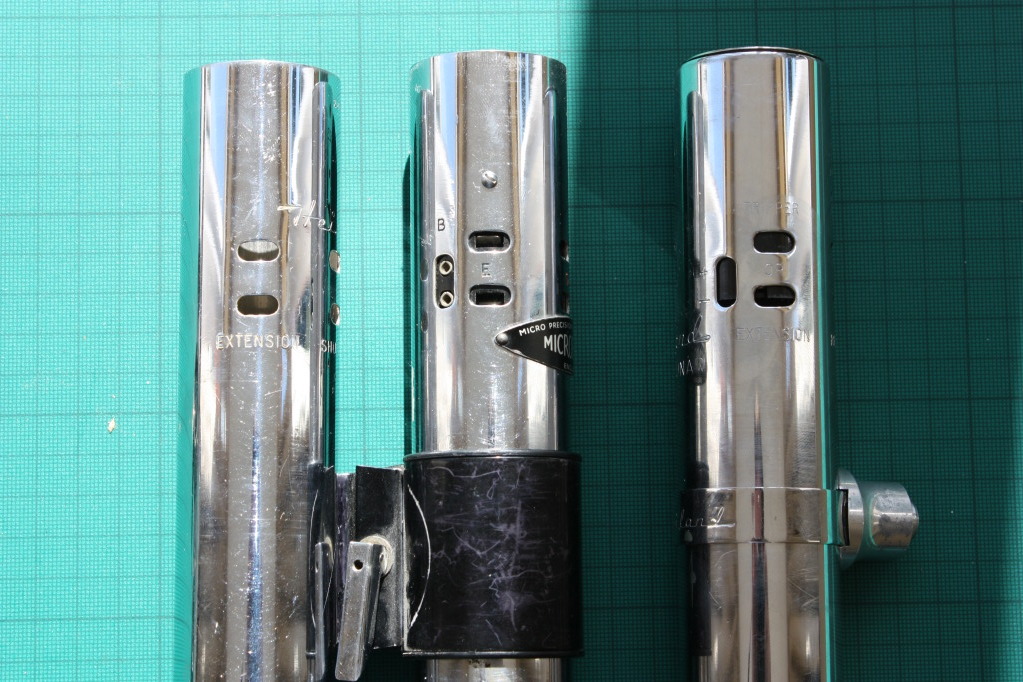 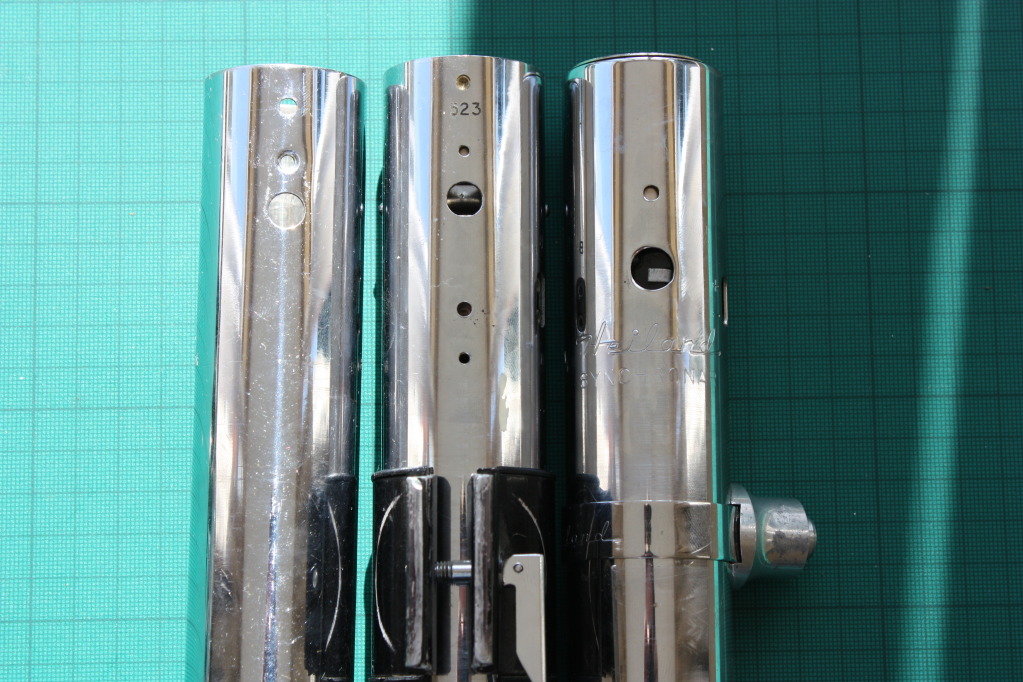 N.B. In this picture it appears that the three cell Heiland has two vertical holes. It does not as the one on the left is a reflection of the vertical hole on the MPP. 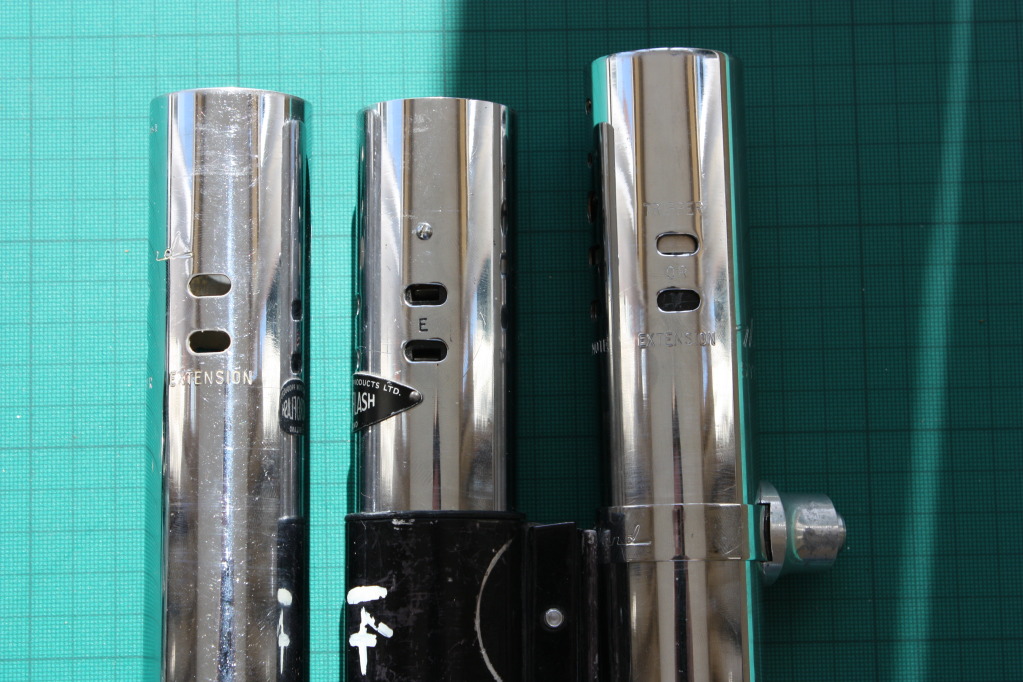 Obviously there will a few additional holes on the MPP once a few screws and the rivets holding the plate are removed but I think the two cell is far closer and with a bit of care the oblong vertical hole could be added to give a very close match. 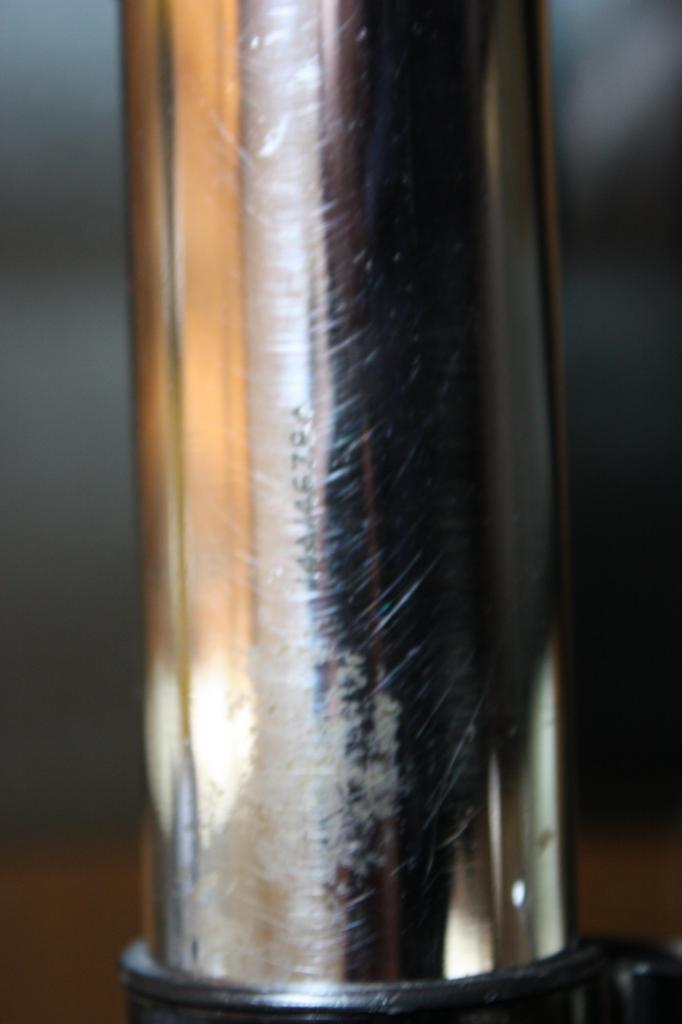 Not a great photo I am afraid but you should be able to make out '14A/4678^'. These numbers denote that this particular flash was sold by MPP to the Ministry of Defence for military use. Several MPP products are adorned with these numbers; '14A/4768^' indicates that this flash unit was sold complete i.e. with both body and reflector present whereas '14A/4679^' would be found on the body of a flash sold to the MOD without a reflector and '14A/4680^' would be just the reflector alone...... all of which would have been for use with the MPP S92 Large format Camera which was itself a beefed up version of the MPP Mk VI Large format; anyone that has served in the military will appreicate that soliders treat government issued equipment with no respect whatsoever.

Great info! I purchased a Heiland 2-cell on ebay for $2. More than happy with that.

bcurtis said:
Great info! I purchased a Heiland 2-cell on ebay for $2. More than happy with that.
Click to expand...

That's a corker of a price! I do think that if you add the vertical hole and the few others that it'll be so close as to bear quite a bit of scrutiny excepting the fact that it has 'Heiland' printed on it. Real MPP cost a fair whack (any version).
You must log in or register to reply here.
Share:
Facebook Twitter Reddit Pinterest Tumblr WhatsApp Email Link

B
Questions about starting ESB kit