Brak's Buddy said:
Keep in mind that the rumor (and it IS a rumor... so take it as you will) was that Fett, even when he was paired down to a single character, had a much more significant and active role in ESB. As much as I would have liked to see more action, it might have destroyed his mystique and I am glad he was left obscurea nd shrouded in mystery. The assumption is that these helmets were indeed leftovers from ESB stunt scenes that never made it beyond the script...
Click to expand...

In the Ralph McQuarie panel the speaker who is the writer of the new book they were talking about said that Ralph was given a version of the script where Fett became a main character and that is where the second revisions of the more western looking character came about. The sketch where Fett has a poncho, came from that script.
R

Not sure if this helps but the prepro 2 suit was intended to be the Hero suit for ESB until some Public Relations person from LFL let the suit go into the public sector. This is why the Prepro 2 parts have not been seen since and have surfaced in a private collection. This also explains the reason for the rumored missing ESB suit it's just a different suit than we thought. I hope this helps.

OK Fett Friends and Fiends, I'm not trying to resurrect an old thread or anything, but I have a few questions about the comparison pix posted above. The photos on the left compared to the pictures of the REAL helmet seem to be darker. Is it the lighting or is it the effects of 20 yrs of aging on the helmet and it's paint?

A second question regarding Pre-Pro 2 suits. Is the main color of the helmet (the dome and lower cheeks) a different color from the body armor? It certainly appears so, to me. The body armor seems close to a hunter green with just a touch of blue whereas the helmet seems to be a lighter green with a more pronounced bluish tint. Is it just the lighting in the photo or are the colors that different?

Additionally, the jumpsuit looks to be a teal blue instead of a sky blue. Am I right on these assumptions or will this dog just not hunt?

Thanks for the input everyone. :cheers 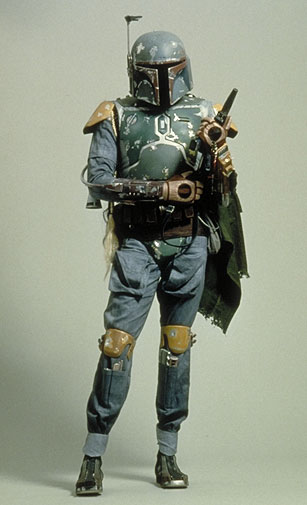 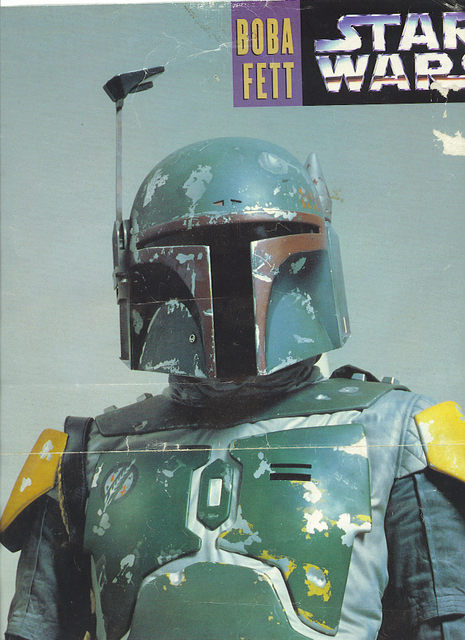 Community Staff
Maybe this will help...

The helmet and the armor are different colors. I believe thats a case with every version of Boba Fett. The exact colors, I don't know. I'm sure someone does though. The Suit is darker, almost like a denim color. I got a bit of a sky blue jumpsuit and misted it with black to darken/dirty it up.

Thank you for sharing these pictures... Class act
D

Wow, that's some powerful voodoo you got there Syper! Zombie thread!

What a fantastic thread though, glad the pics are still there!

Great thread...What's the story on the gauntlets, when did the different flame unit details come about and why ?

The constant upgrades to the left gauntlets "gas gun" is a complete mystery. I don't know if it was a matter of them not functioning well or what the exact nature of the issue was but initially the left gauntlet included a working "gas gun" that seemingly projected some type of flame.

The Super Trooper, Preproduction 1 and Preproduction 3 costumes have the same gas gun housing which appears to be a flawed design because the "barrels" end behind the wearers hand and there is the potential of setting one's own hand afire.

The ESB gas gun appears to be a further refinement to the look of the Preproduction 2 but I can only assume that they had decided not to use the gas gun as a practical effect and made the ESB gas gun non-functional (to the best of our knowledge).

For the Return of the Jedi gas guns, there is some speculation (but no definitive proof) that they may simply be reworked versions of the Preproduction 1 gas gun, with an updated outer shell. Whether this is true or not, we may never know.

That is about all I have on those.
A

art, can't see the pic's in post 25, have you removed them.
Thanks for sharing.

I'm currently working on this one..

aero said:
art, can't see the pic's in post 25, have you removed them.
Thanks for sharing.
Click to expand...

Don't know what happened to that pic, but here is what had been posted.

So...there are no circuit board on PP2 helmet?that saddens me,but i will use it anyway

I think it does actually...look to the GMH thread

Thank you!
sorry for that,this is my first fett plunge

It looks like a yellow crayon mark (this is why it disappear in some images) and I added this feature to my Pre-Pro #2 helmet stencil: 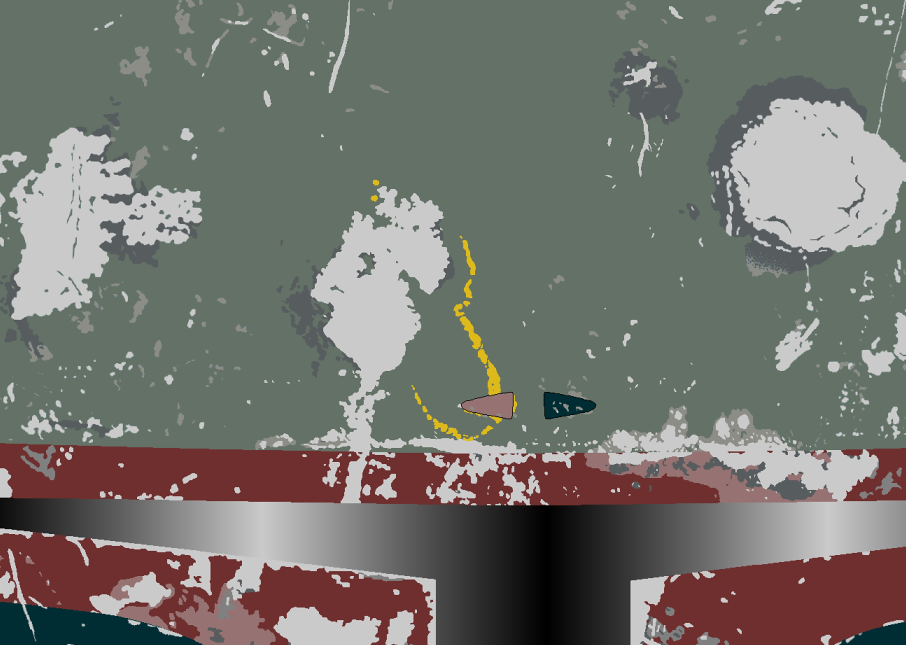