hi guys i was wondering if there was any tusken raider chief or something like that. Like a important tusken or something. Cause my mando kills tuskens as well from all the other jobs i get. its a long story tusen killed me parents and took me prisoner when i was just a lad. Its alot more exciting then that thats just the begining. if u want to hear my story sometime ill tell u guys....anyways back to wht i was talking about, is there any important tusen in the tribes and i was thinking of puting his head on my belt or something. 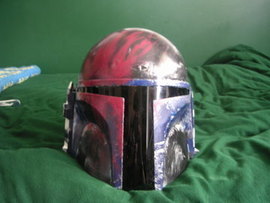 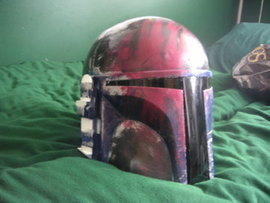 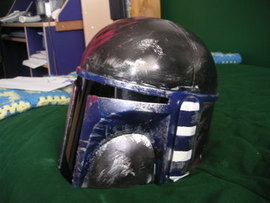 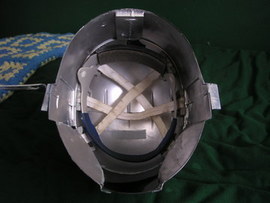 helm looks pretty cool. That must've sucked to be taken prisoner by the Tuskens.

wht does every body else think?
T

The helmet looks great. I like the red smear on the side. The story sounds ineresting as well. You ought to wright it up and post it. I am working on finishing up my mando's story and my wife is working on hers as well. I enjoy reading the different ideas people have for their characters, it really shows the depth of our attraction to Star Wars and the Mandos.

Heres my mando so far how is he turning out? sry about the pics being sideways. 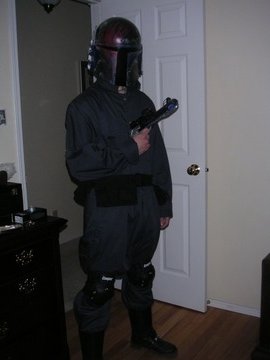 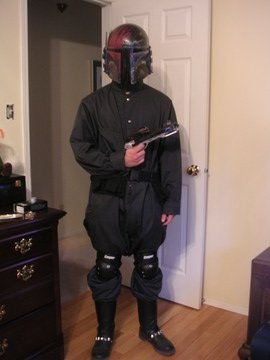 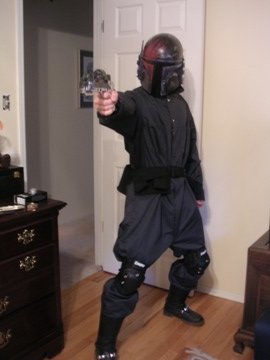 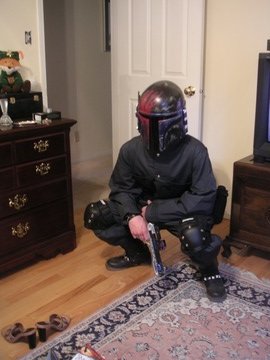 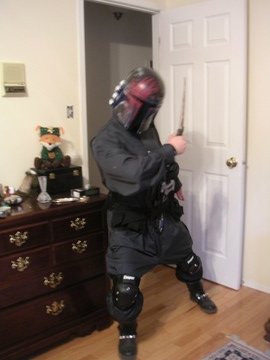 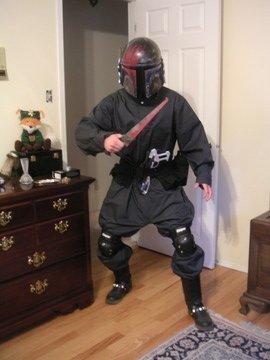 i need to get gloves ya lol. um but how is it so far besides that?

Otherwise...looks good from what I can tell. Are you doing chest armor?

is the red suppose to represent something? like blood, cause it looks like a juvenille got a hold of some spray paint and got you in the helmet good!

well its supost to be blood but i gusse it doesnt like like blood. i gusse ill try to fix it.

One tusken Jedi coming up.