I recently received my Ruffkintoy Gauntlets, and thought I would share my progress with you folks. I'm hoping to do it step-by-step, and will hopefully do the same with my new BM bucket.

Let me know what you think and if you have any suggestions.

You can also see that I have drilled another hole into the resin piece mounted on the side and epoxied one of the hose attachments into place. I have done the same for top of the gauntlet.

PIC 2:- Here you can see the two halves attached with a metal piano hinge. I know its brass but I couldn't find a silvery coloured one, but a couple of coats of primer and a base coat of silver will sort that out. You can also see both main resin pieces atached and secured and have the hose attachments installed ****thanks to BKBT for hose parts****

PIC 3:- Here's a profile shot of the right gauntlet


PIC 5:- Here's the left gauntlet, again with hinge attached awaiting a priming and base coat. I have also placed the toggle switch and LED, these will be removed prior to spraying.

PIC 6:- Here's a close up of the LED ***thanks Halo_1***. Unfortunately the LED itself has been customised as the one I got needed a power source equivalent to mains supply, so I have removed the red casing and placed a smaller battery operated LED inside it.

Let me know what you think, and stay posted for updates! 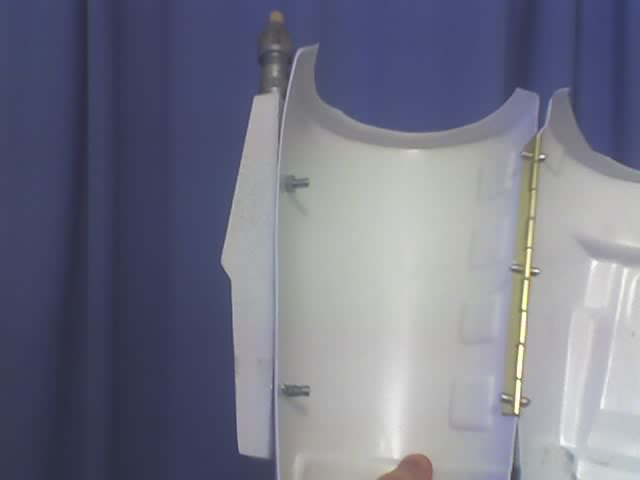 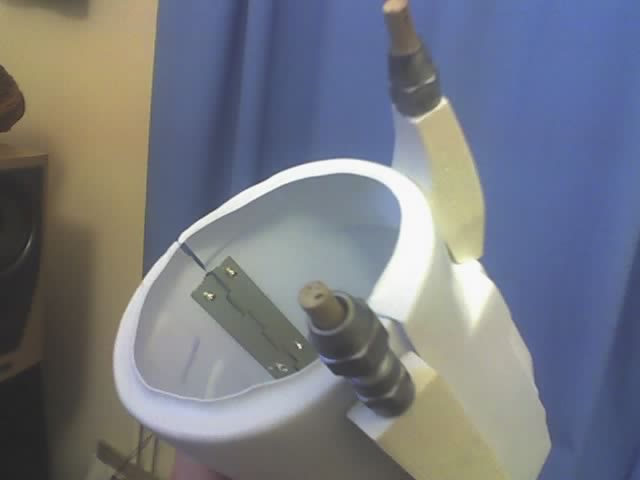 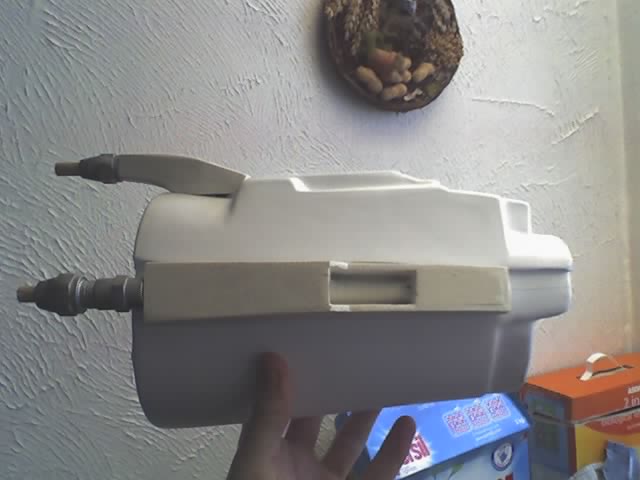 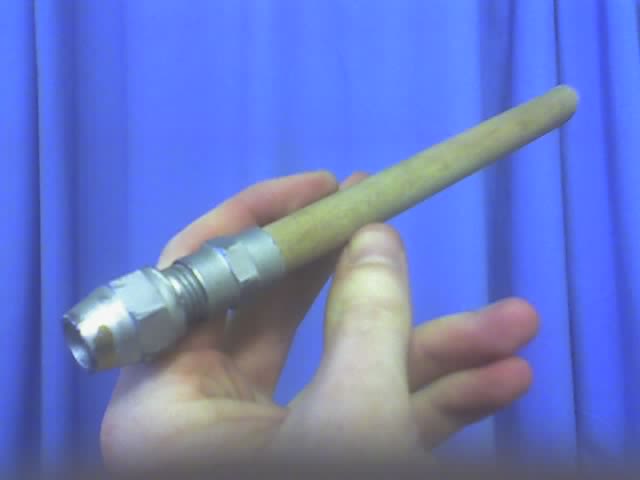 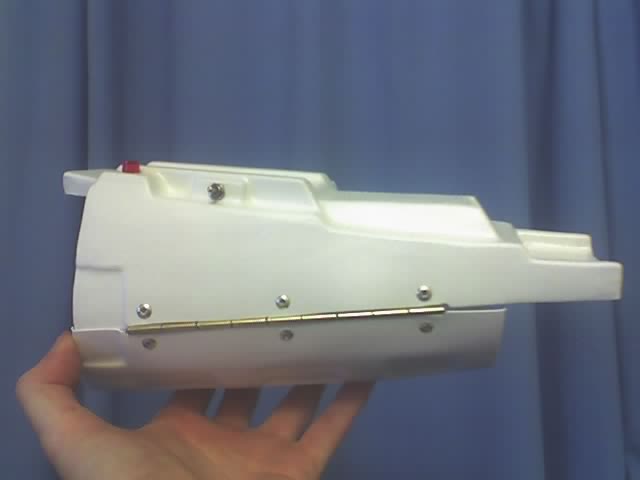 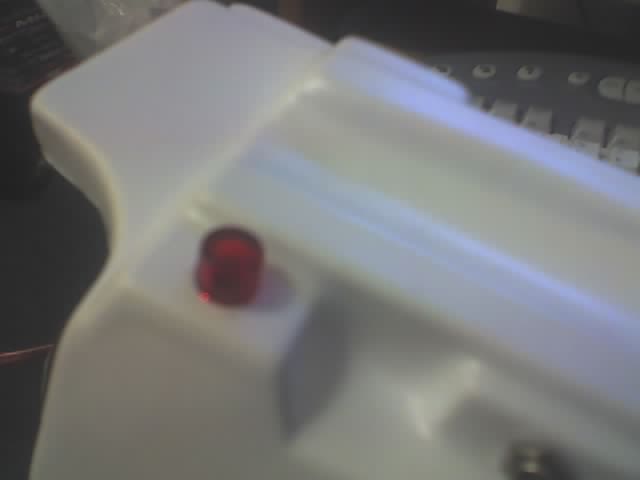 Looking good so far, with one constructive pointer: I'm about at that stage too, with my Bradley Gauntlets. The hings look great with one issue, I think. The bolts (screws?) used to fasten the hinge are a bit obtrusive... I plan to use epoxy to hold the hinges on, thereby leaving the outside of the shell smooth. I do however like the little grooves you placed to recess the hinges for a nice fit onto the edges. This will help me when I assemble mine! Apart from that, everything looks great! Again, this is just a constructive comment. The general rules is that YOU are your audience. If it looks good to you, it's a success!

Shinobi_Fett said:
Looking good so far, with one constructive pointer: I'm about at that stage too, with my Bradley Gauntlets. The hings look great with one issue, I think. The bolts (screws?) used to fasten the hinge are a bit obtrusive... I plan to use epoxy to hold the hinges on, thereby leaving the outside of the shell smooth. I do however like the little grooves you placed to recess the hinges for a nice fit onto the edges. This will help me when I assemble mine! Apart from that, everything looks great! Again, this is just a constructive comment. The general rules is that YOU are your audience. If it looks good to you, it's a success!

I tend to find that epoxy doesn't always stick to the styrene too well so opted for the rivets. I think once they have been painted up it won't look quite as prominent.


Thanks for the support and compliments Rich...keep up the great work on your RC bucket!

Very nice work Dan...sorry about the LED not working out. :facepalm

I wouldn;t worry to much about the screws, imo they don't looks trange at all, they actually give more of a "metal" fealing.

so I'd make em prominent with paint, with rust over them and even silver scratches around them, like on the flame thrower push buttons (if ya know what I mean).

to be honest.. velcro is accurate... but I think this looks way cooler!!

Hmm... that's always good to know about the epoxy... When scratch building my JP missile, I've found the expoxy putty adheres great, but only if properly sanded first. I made that mistake early on. It needs a good rough area to grip onto. My second thought is to use good 'ol GOOP glue. that stuff usually sticks just about anything to anything!

Great post. I'm considering getting a pair of the same gauntlets for my first boba project. Im also have on my list of items is a BM helmet. Did you get yours yet?

I'll make sure to do a similar post when I get started.

i think my new gauntlets are going to be hinged. while the velcro might be accurate, i like that look much more.

maybe hinges and magnets on the other side. then no annoying velcro-noise when i move my arms

I have been looking everywhere for hinges, but can't find any the right size and length. Where did you get those hinges?

I bought my hinges at Home Depot. The came longer than needed but a quick cut with the Dremel, works fine.

Should have some more progress pics soon folks.......

Time to answer some questions......

....Yes I have received my new helmet and it is awesome, I'm working on it at the same time as the gauntlets.

....I got my hinge from my local hardware store, it was really cheap, but like Laan says it was way more than needed, so I had to cut it to size. I do have some left over if anyone is interested.

Heres a new update for you. Not really got too far as we had a Star Wars marathon yesterday....15 hours of non-stop Star Wars...my god.....

Anyways, I have now added the bottom hose attachment and dowel to the right gauntlet. I really wasn't sure how to go about doinf this. I considered epoxying it to the side of the shell, then to the bottom of the whipcord housing. Eventually i got out my dremel, and drilled some really thin holes all the way through the dowel and into the housing of the whipcord, and inserted the really thin pins from the rivets I used on the hinges. You can see I have highlighted where the pins have been inserted into the photo below. You can also see I have placed the toggle switches as well. This baby is ready to paint!


In the second Pic you can see the flamethrower housing. I have fitted it together and inserted a couple of wooden dowels inside so that it retains its shape and doesnt bend to much. I have also dremeled off the ends of the flamethrower nozzles so I can attach my coaxial connectors once it is done. I have also sanded down the gauntlet keypad and the dental expander.

Hopefully I can paint these up tomorrow so should have a nice new update! 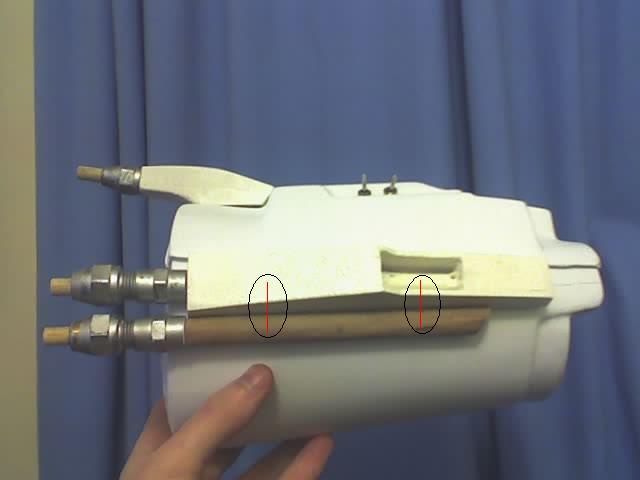 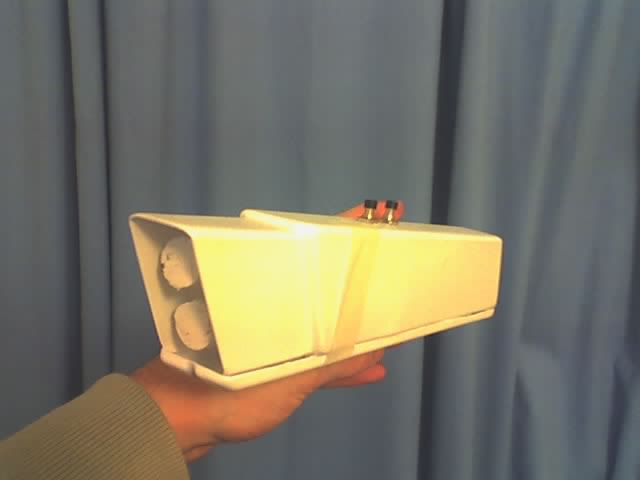 You are doing a great job man. Can't wait to see more pics.

Cheers for your compliments Laan.

I've now attached the flamethrower housing to the left gauntlet using rivets again, as you can see in PICs 1 and 2

I have also completed the initial sprayings of primer on the gauntlets, as you can see in PICs 4 and onwards

stay tuned for more updates soon, and also check out my thread for my BM lid! 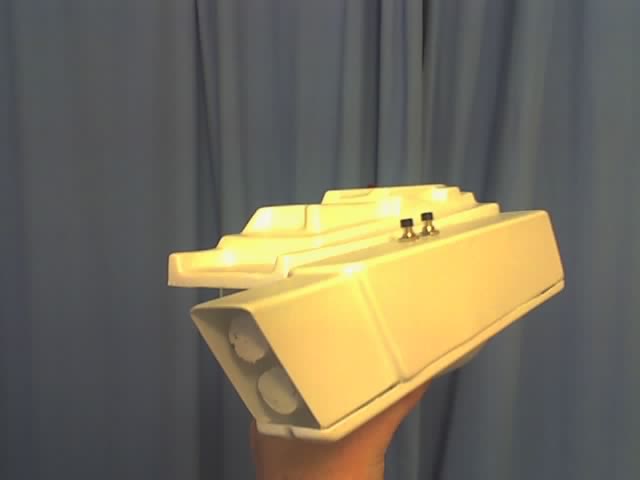 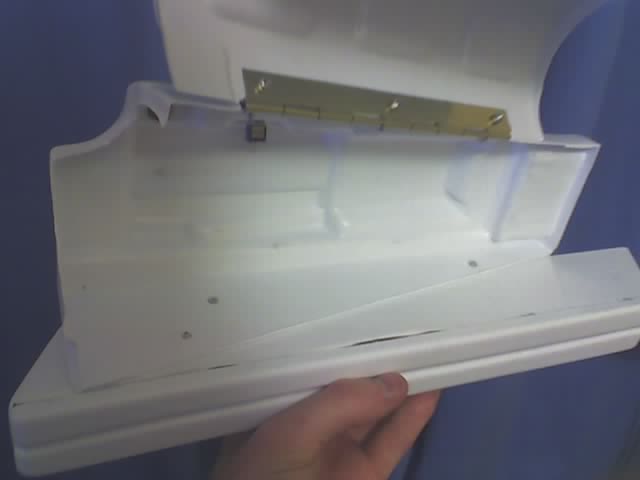 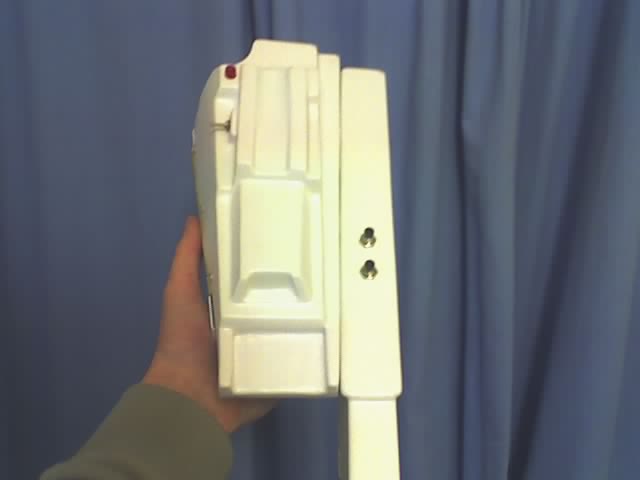 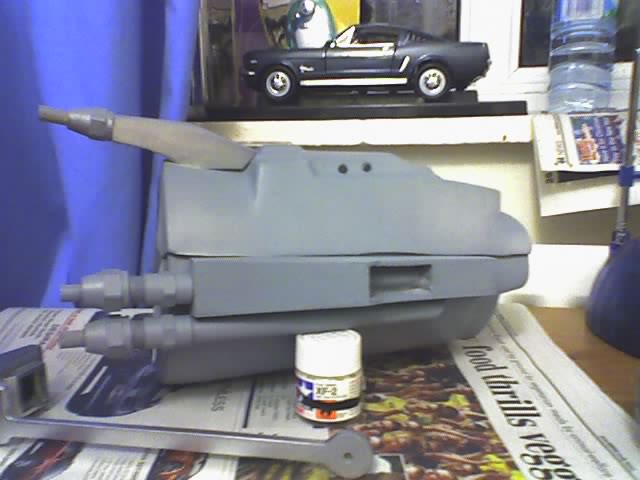 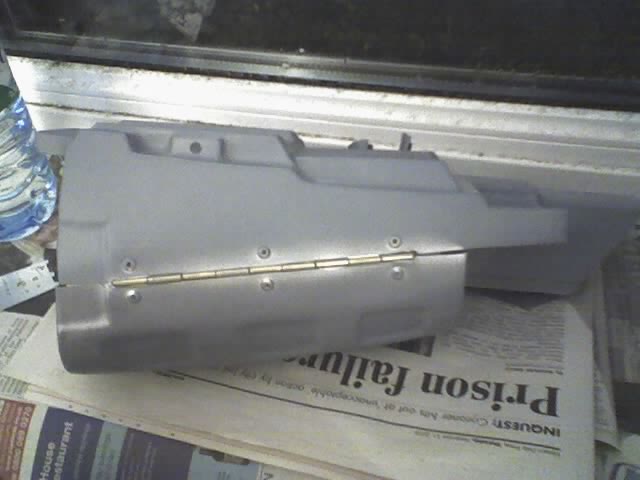 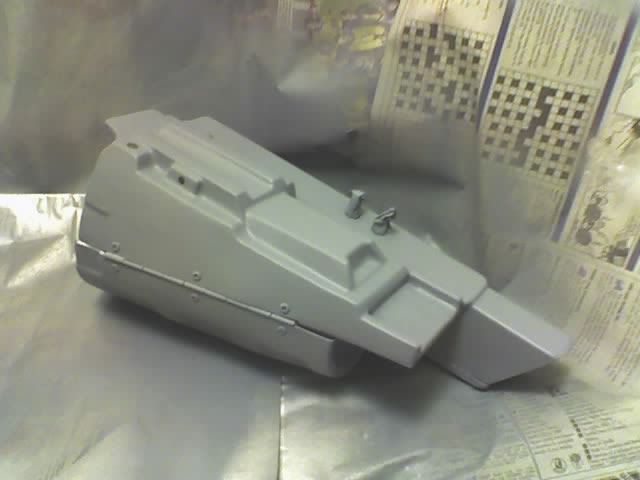 I am certainly glad to see posts like these on here so I can watch the pro's before I get my Gauntlets.
F

your making great progress, keep it up

Looking good dude 8) Keep up the good work Where abouts did the gauntlets come from? I'm looking for a good peice

The gauntlets are from Ruffkintoy. Search for his name on the member list and you can PM him for a price.


Thanks for all your compliments guys, I really appreciate it. If you have any other suggestions please let me know.

I got my set from him. Great guy to work with!!!

Great job on your progress. I had him put them together for me.

Suiting up by yourself

Suiting up by yourself