PrePro Gauntlet kits- does anyone do them?

Hi all, I'm brand new here; just reading up on what making a Boba Fett costume will entail, and after some diliberation I've decided I'd going to go a route alittle less travelled and try to build a preproduction Ver2 costume.

I haven't bought anything, I don't plan on starting until I can find a helmet. But it's proving to be a bit of a rough deal. Right now I'm sold on TF's Cold Cast Aluminum Helmets, but he's not making them currently, and the I've had two "near-purchases". I've passed on at least one seemingly great deal for a MS3 helmet- I probably screwed up but, I really want a Cold Cast Aluminum one. (so if you got one let me know, I'd love to buy it from you.)

Anyways, back to the gauntlets- Eventually I'm going to have to purchase them, and I was wondering what my options were. Currently I don't know of anyone making any ESB or ROTJ gauntlet kits, and I really don't know where to find prepro kits, or what I should expect to spend on them.

Can anyone fill me in on who I should talk to for when the time comes; or the name of anyone whos making them and I should get on a waiting list or something similar? I'm not quite used to the whole "limited-runs" aspect of this hobby and I don't want to miss out if they are being made.

ROTJ and ESB kits are pretty available. Pre-pro ones aren't I had mine custom made and waited a long time to get them (but they were custom made for the cost of a normal set) and worth every sec of waiting.

And just because I love to show my costume (espically the guants) off here is a pic of mine. The flamethrower actually extends and retracts (not on its own or anything but still cool) Predatormv said:
And just because I love to show my costume (espically the guants) off here is a pic of mine. The flamethrower actually extends and retracts (not on its own or anything but still cool)

Those look nice PredatorMV, got any other shots you send?

Thanks, yea I have lots of pics thanks to Brak's. 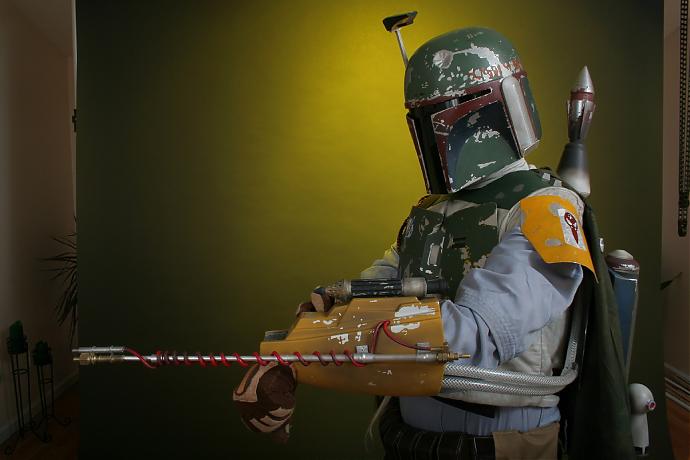 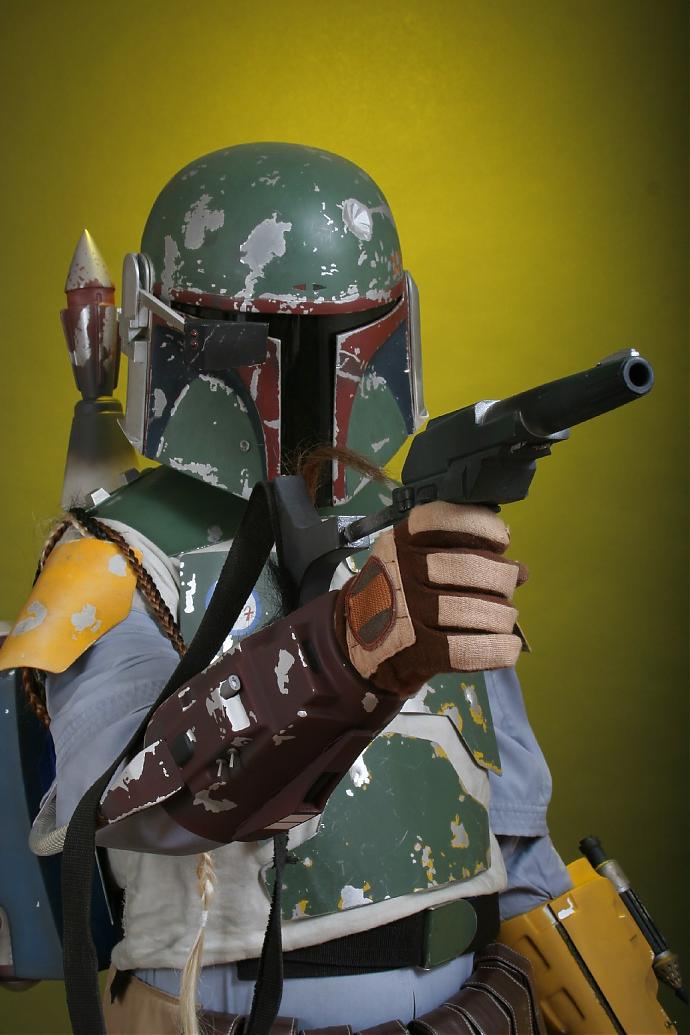 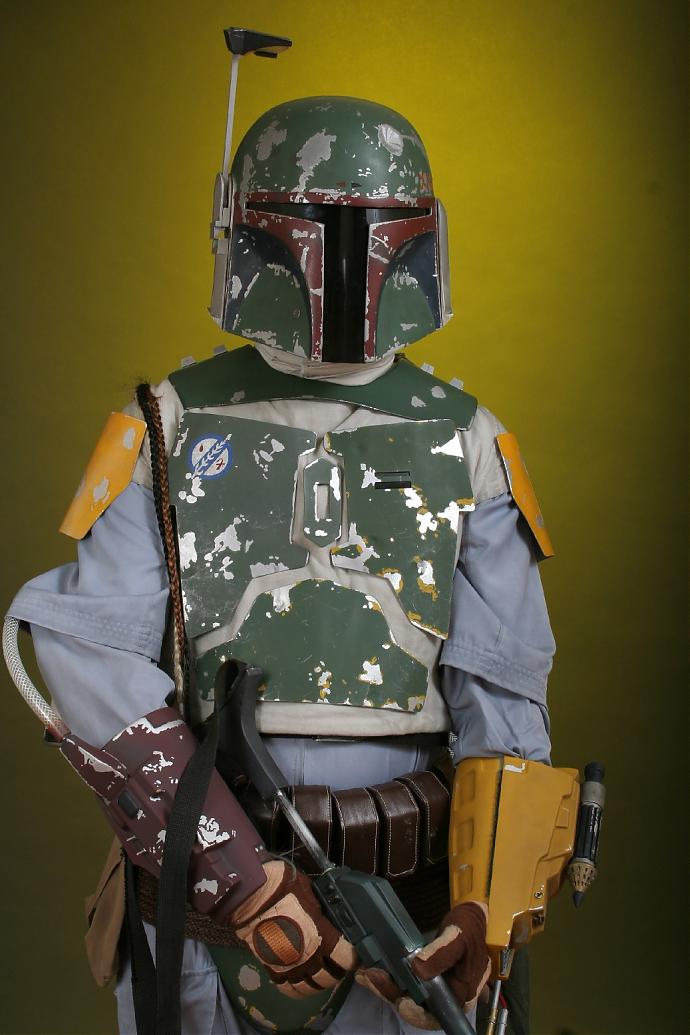 JMelles2,
i am also looking for prepro fett gauntlets.
J

thanks, but i dont make em. i told him a name he could try and see if they make em.
J

matter of fact send predatormv a pm and ask him where he got his. thats about the best i can do
H

Predatormv- Pretty cool. I hope mine'll end up looking as good. Does the flame thrower get in the way much, being so long?

I walk around with it in the "closed" position most of the time, in these pics it is fully extended. When closed it only sticks a little past the end of my hand. But to better answer your question, yes it gets snagged on stuff all the time. I broke this one right before these pics were taken and re-glued it, I then broke it a couple more times during the weekend. That is what made me deicde to build one out of metal instead of resin.
J

Predatormv said:
I walk around with it in the "closed" position most of the time, in these pics it is fully extended. When closed it only sticks a little past the end of my hand.
Click to expand...

Is it actually spring-loaded? Just wonderin' what holds it in its retracted and lengthened positions?
V

i'll chime in here and say that i actually had a full altmanns suit once, hes a maker from australia. sold it to a friend of mine, we slowly worked out it must of been pre production because of the size of the gauntlets. they are really small, but we still have them. they are not being used right now, so i will post up pics of them.

Jimmy BufFETT said:
Is it actually spring-loaded? Just wonderin' what holds it in its retracted and lengthened positions?
Click to expand...

It is not spring loaded, the "hose" is actually heavy guage wire so it has to be worked into either position and the wire holds it in place. It takes a couple of min. to extend or retract it.

JB you could have seen it at dragon if you wern't so busy changing into one of your dozen costumes LOL!

PredatorMV, would you mind posting a turtorial on your flamethrower? It's the best I've seen!
And, VadersPet, I'd love to see pics of the Altmanns gaunts.

And, DOES anyone offer the PrePro gaunts?

I'm in search of any PP2 specific parts ESP guantlets and possibly a list of parts needed list and tutorial onthe flame thrower.