Hey everyone!
Just wanted to share a little project I've been working on the last couple weeks with spare time as I've still been working construction.

A couple years ago I picked up an older, unused KWD phase 1 cast on ebay for a steal and wanted to paint it up ever since. So , I finally have some spare time... 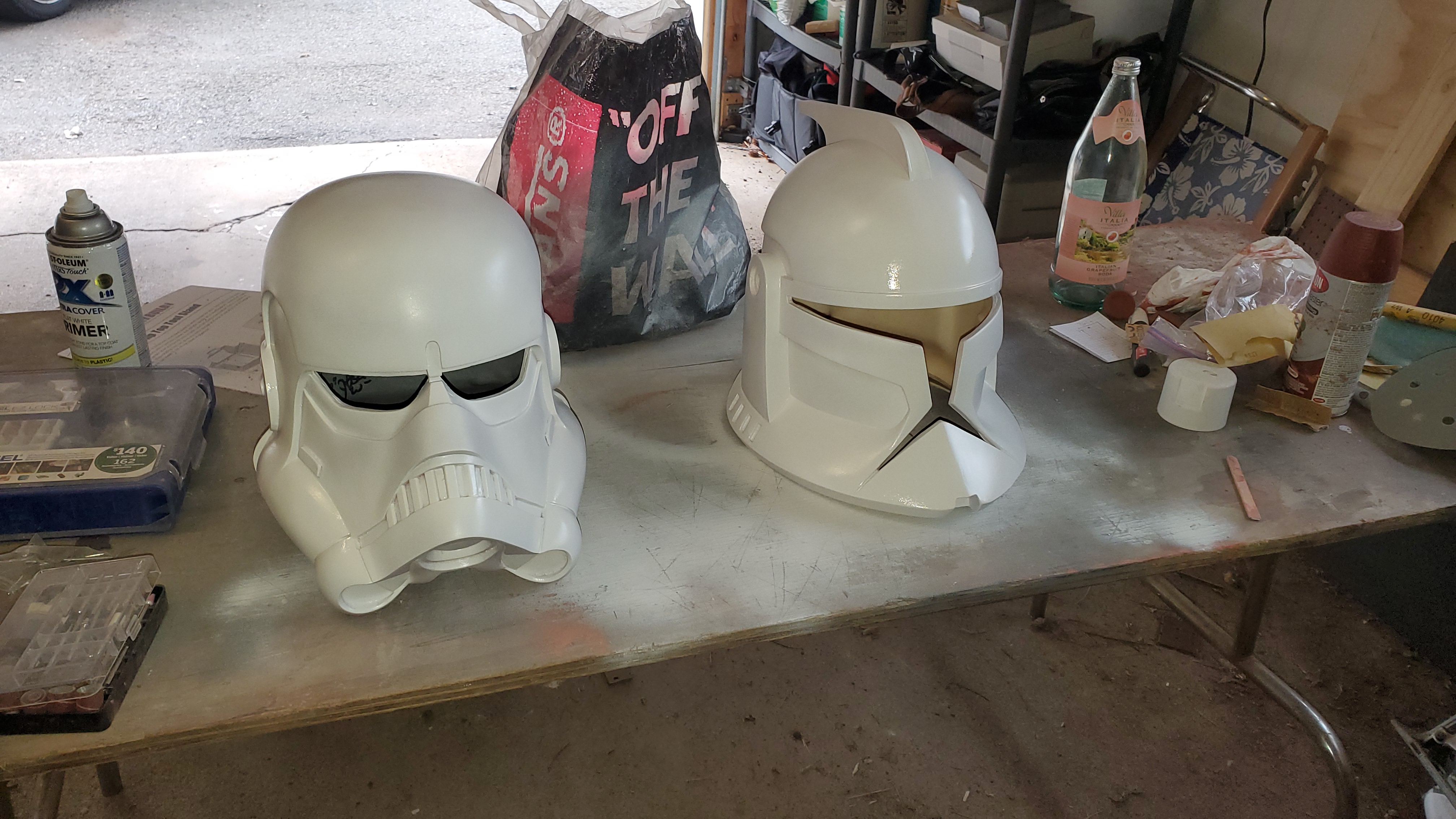 Thats the bucket in some cheapy gloss white Valspar just for its base coat.

Next I went thru a painstaking, repetitive process of trying to stencil out Fives' eel insignia 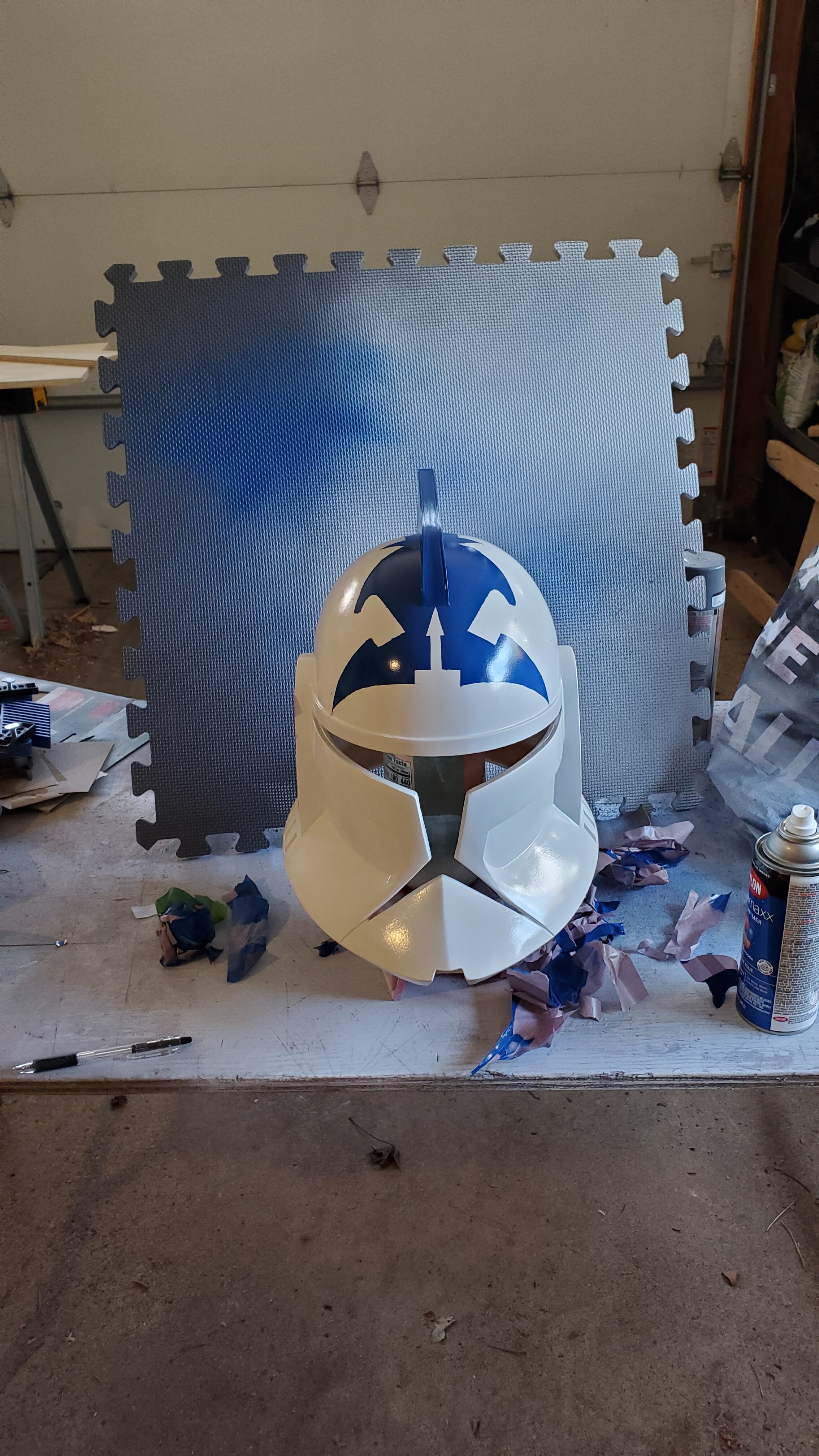 And yes, it looks awful LOL
So, scratched it and made an adapted stencil with some tweaking once the tape was on the helmet , sprayed in a nice krylon blue and voila! Nearly finished! Some more weathering and red details to add, some tweaks to the back, have to print new ear caps, and thats a wrap after I get my visor cut out!! 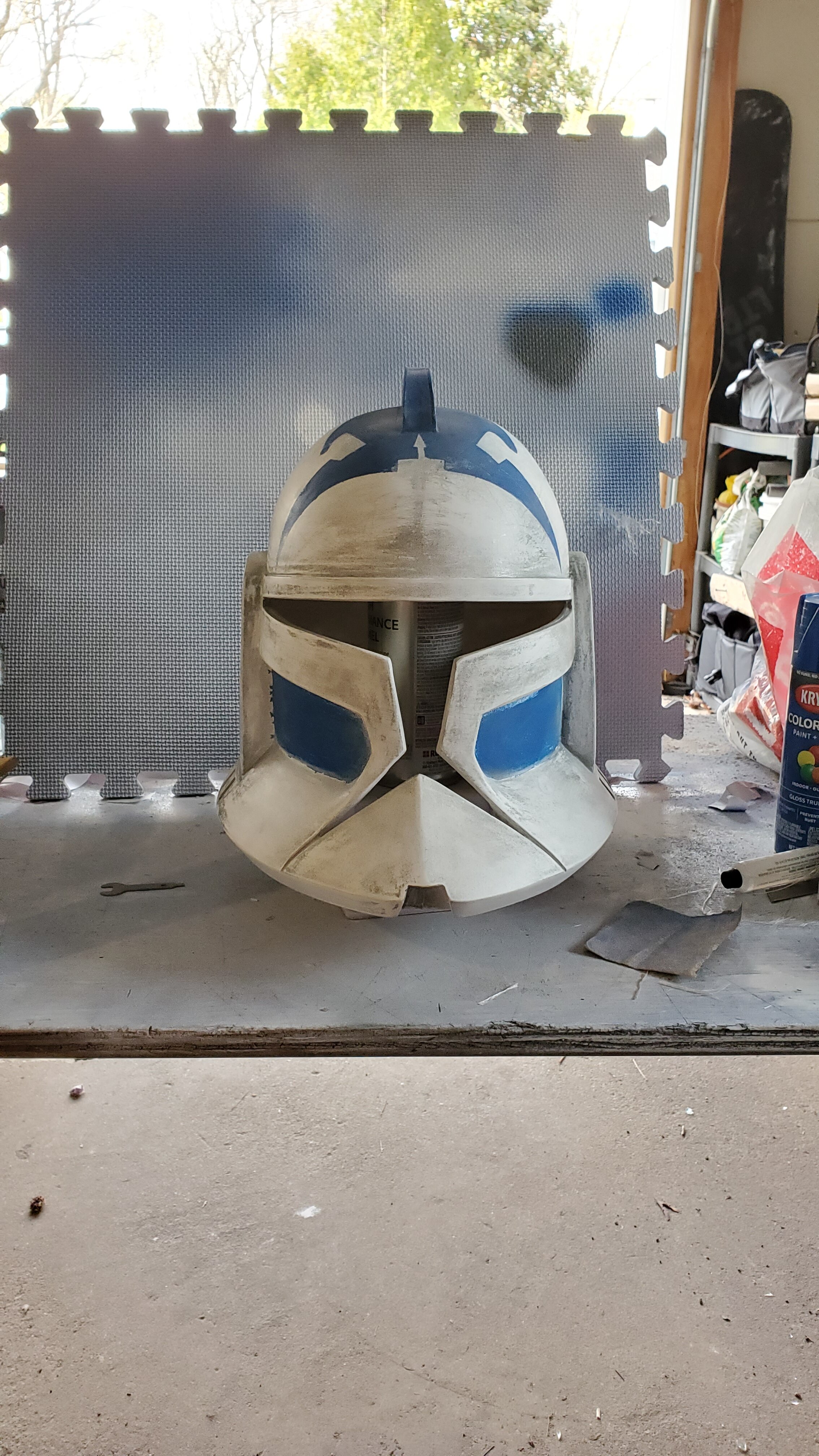 Let me know what y'all think! Haven't been in the game In a while, still a bit rusty!!

Thanks for looking!
Stay safe and well!
-Gav

I think it looks superb! My favorite clone.

droidbait said:
I think it looks superb! My favorite clone.
Click to expand...

Thank you!! That means a lot. Always liked Fives. Echos getting a lot of love lately, so I figured I'd remember his brother in arms!

Hoping to finish up with the back and weathering today, ill try to get more pics up!

Finished up the blue on the back of the bucket. Next up weathering! 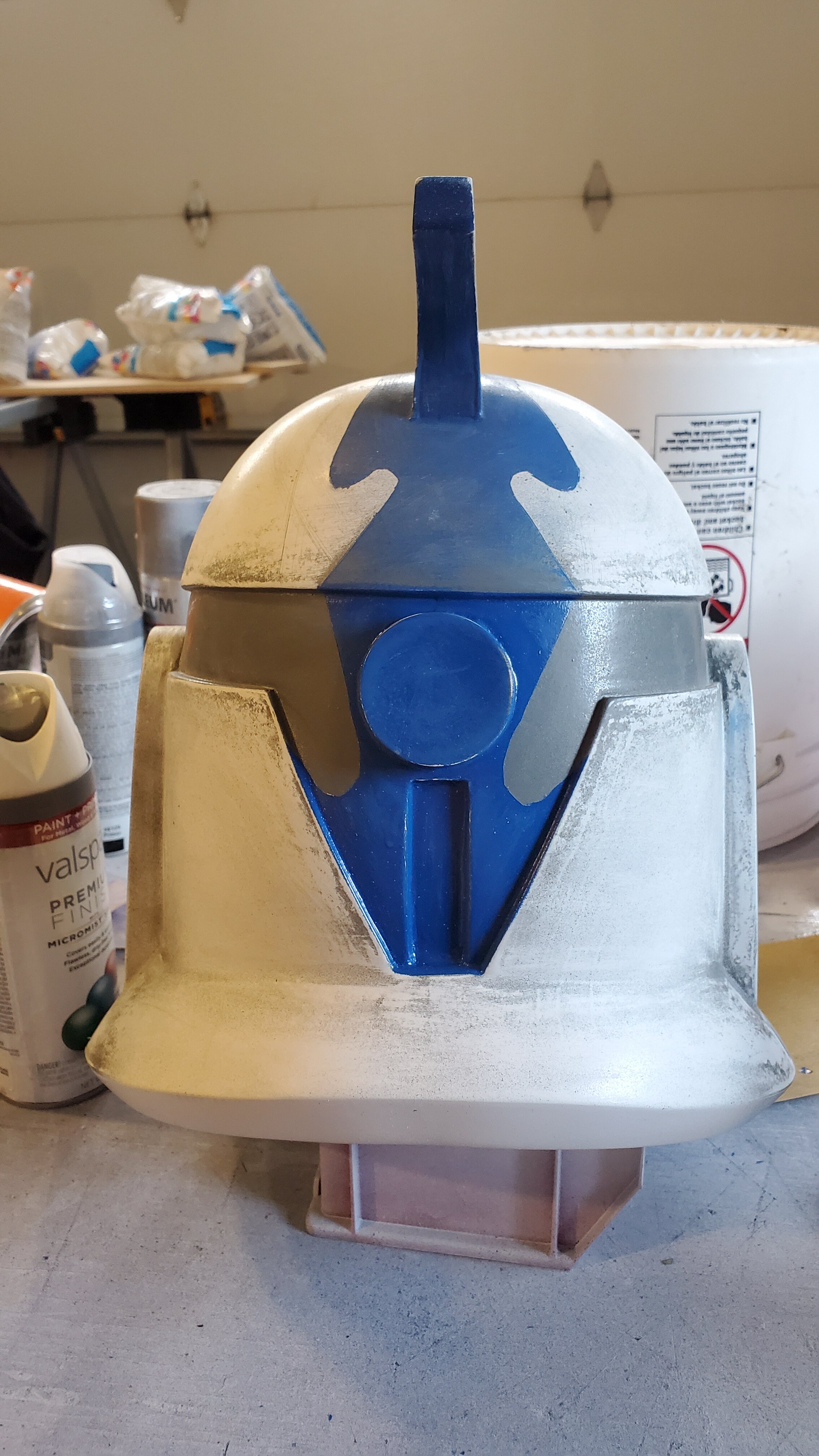 Red details finally done and trying to get my visor installed today!

looks great - makes me want to do a clone helmet

boba87fett said:
looks great - makes me want to do a clone helmet
Click to expand...

Thanks! Much appreciated!! Never did a clone wars style bucket so there's a first for everything. Learned a lot with this method of weathering too. Maybe the next one I do won't be so battleworn

Hey everyone!
I know it's been a while, but did some tweaking and finally got it in my display case!! Figured I'd share a couple pics!
(Pardon the mess ) 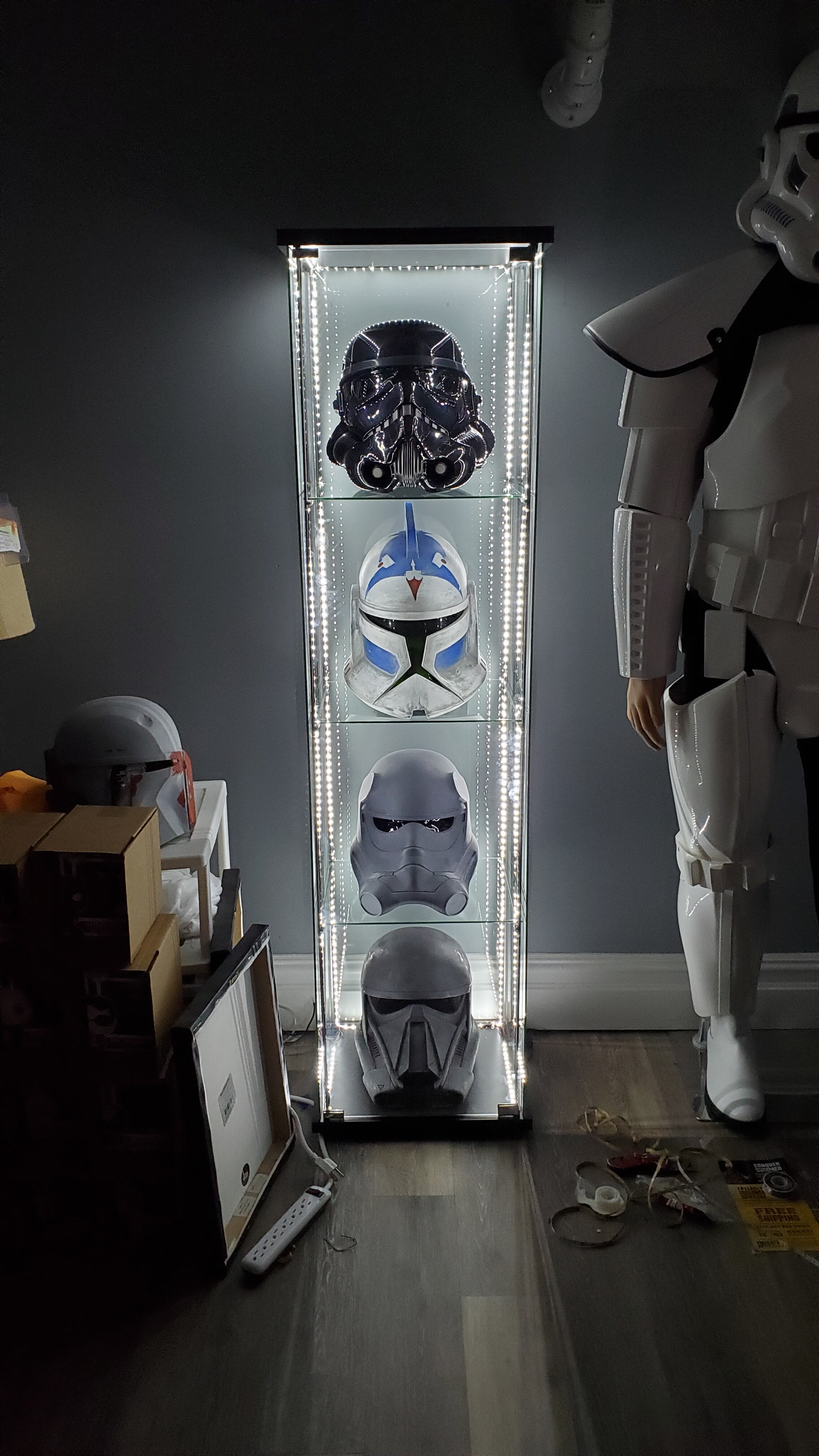 The other two buckets have their paint day coming soon... lol