my ms3 progress (now in easier to view sized pics!)

Community Staff
i finally got around to working on my MS3 helmet just about 2 months ago, i had a few time sinks along the way, but here's the update to where i'm at so far.

here we go got the keyslots removed and put in the one with the circuit board molded in place. 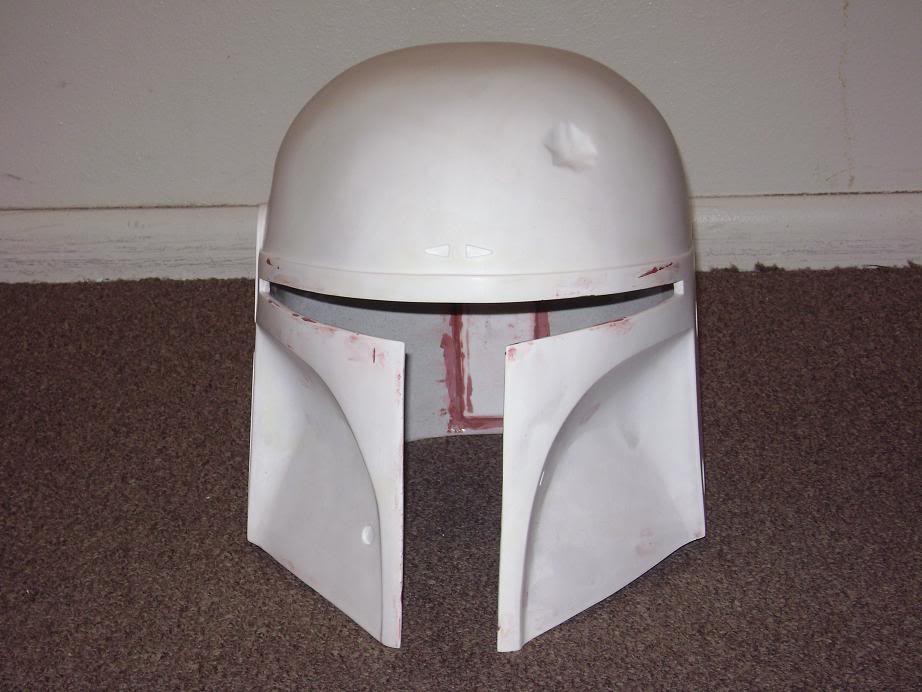 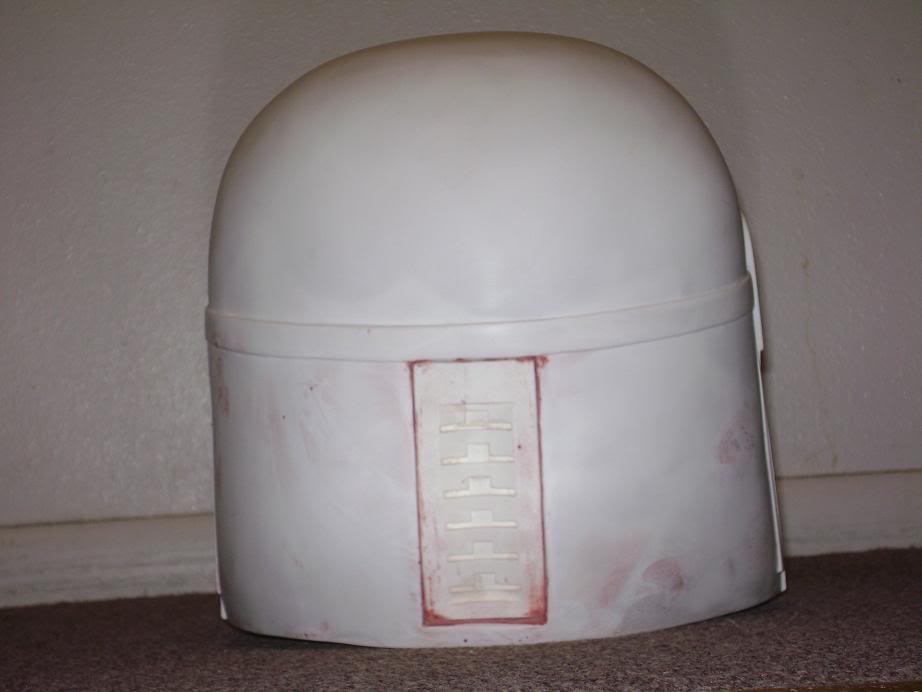 later on i decided that i didn't like how soft the details were in the dent so i posted here and fettpride stepped up to get me a new dent. here we go getting the new dent into place. 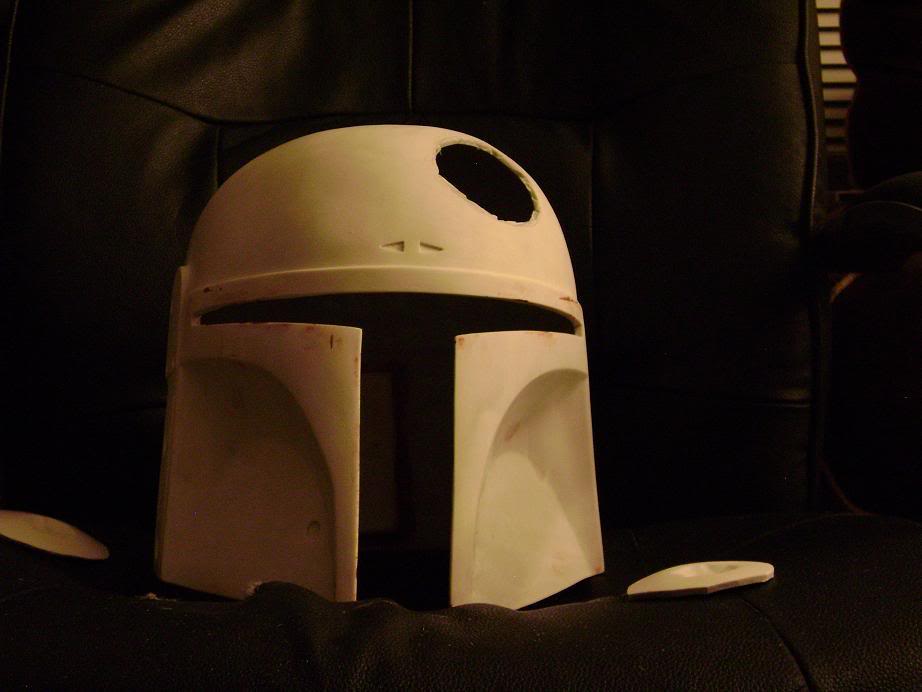 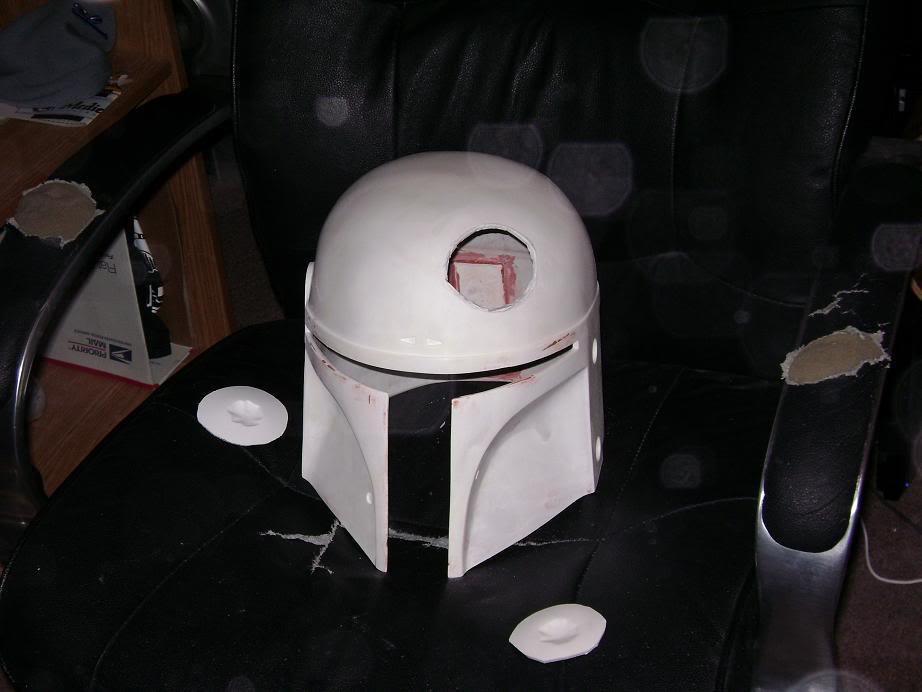 a little bit of ca glue, bondo and fiberglass and there it was in place. 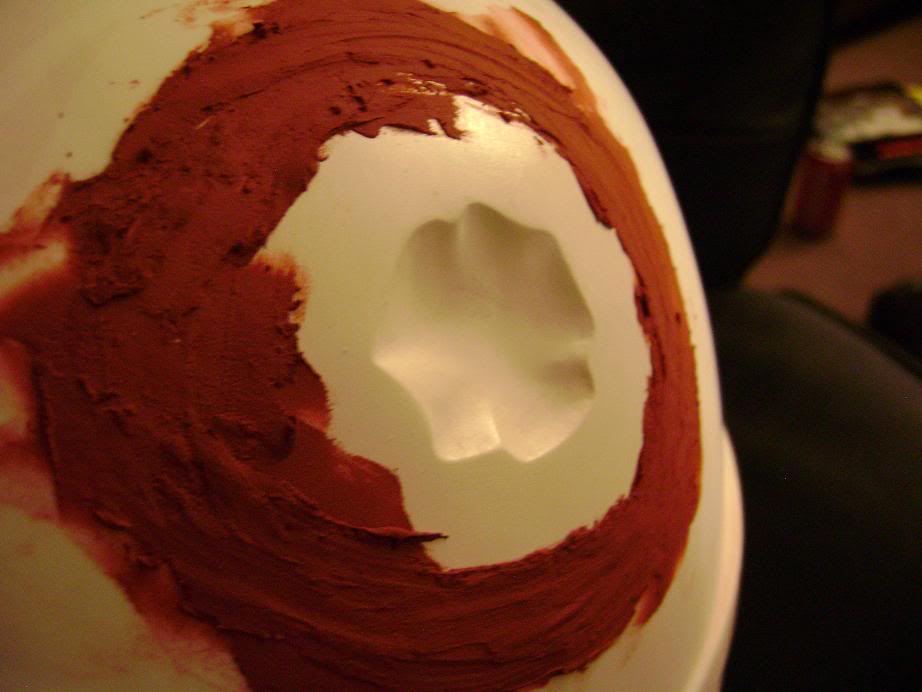 a lot of sanding and a little primer and things are looking pretty good. also, since i'm doing rotj again, i wanted to be a bit more accurate than the last one so i sat down with a bunch of pictures and a dremel and started gouging out the physical damage. 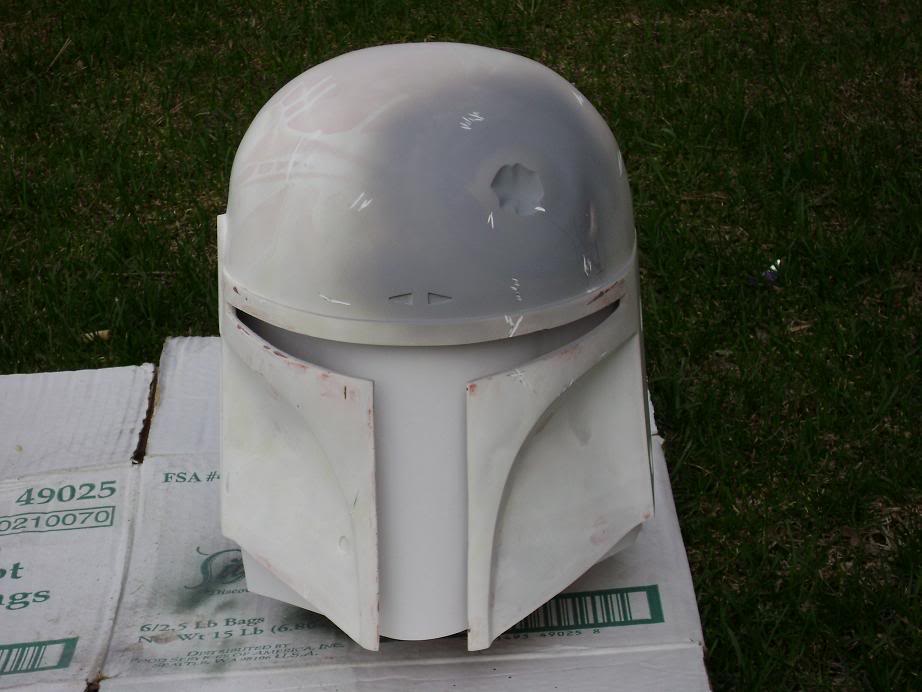 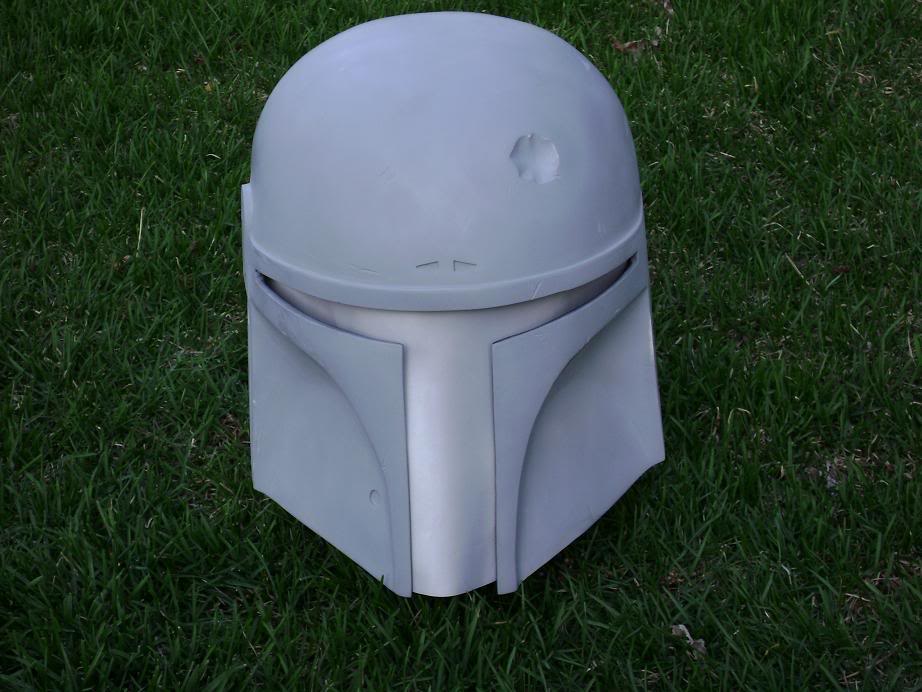 about halfway done with the paint. 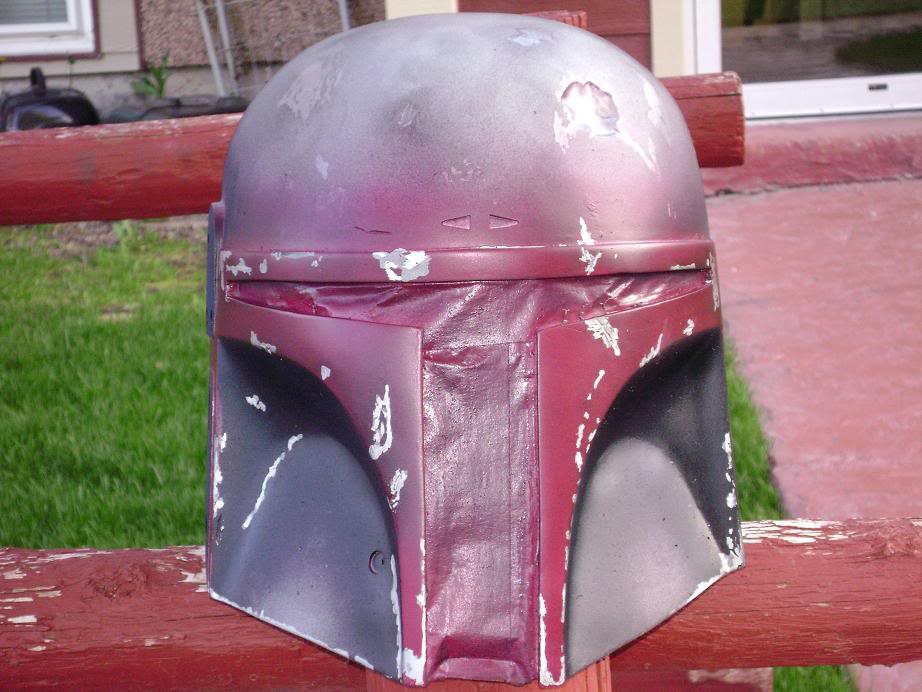 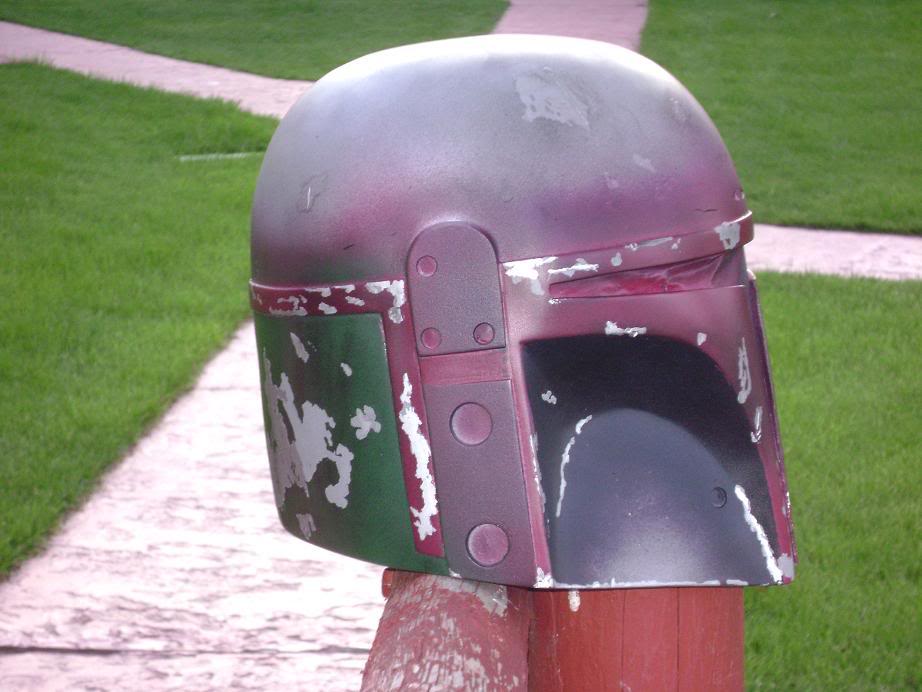 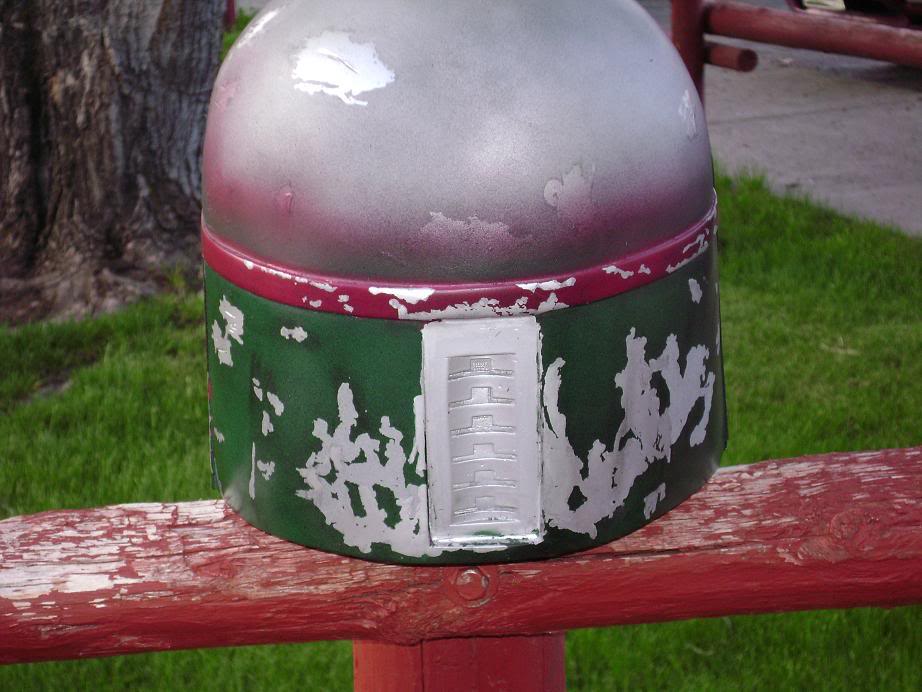 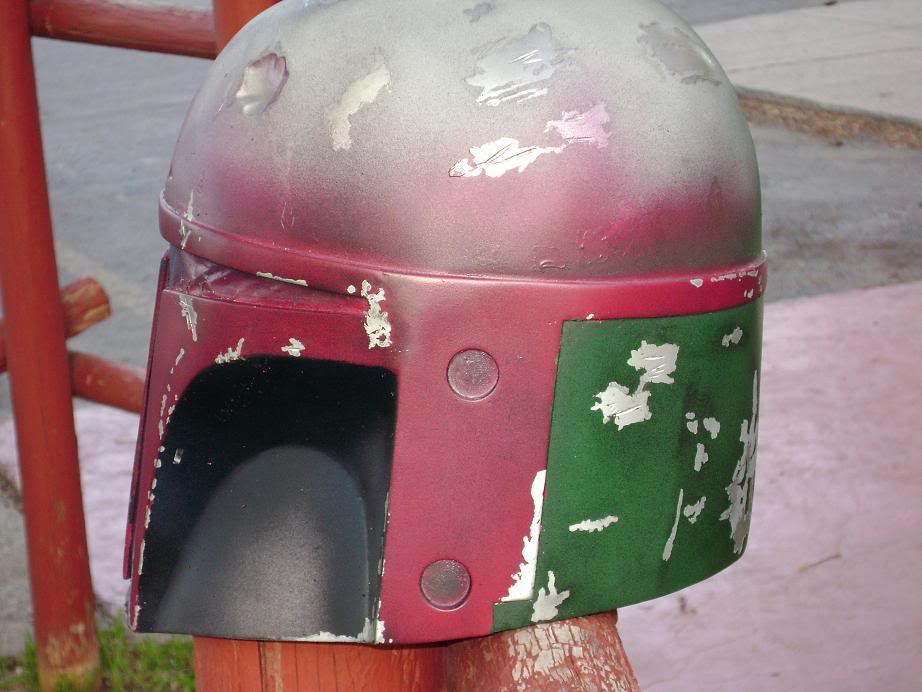 i've gotten a little farther along since i took these pics but haven't taken any more yet. i've got the dome and cheeks done so far. next up is the killstripes. i'll be sure to take pics before i start on those.
Last edited by a moderator: Jun 8, 2009
G

I must say you did an amazing job at replacing that dent!! It's flawless!!
Last edited by a moderator: Jul 24, 2017
G

Yeah that dent replacement came out great. Progress looks good too!
I PM'ed FP about a dent replacement too but he never got back to me. I'm sure he's real busy with the ESB holsters anyways.
Last edited by a moderator: Jul 24, 2017

Community Staff
quick question. those diode things on the back of the helmet, that attach to the circuit board, is there anyone that makes those, or something i can use to get the same results?
Last edited by a moderator: Jul 24, 2017

Community Staff
hey check it out, i learnt sumfin new! 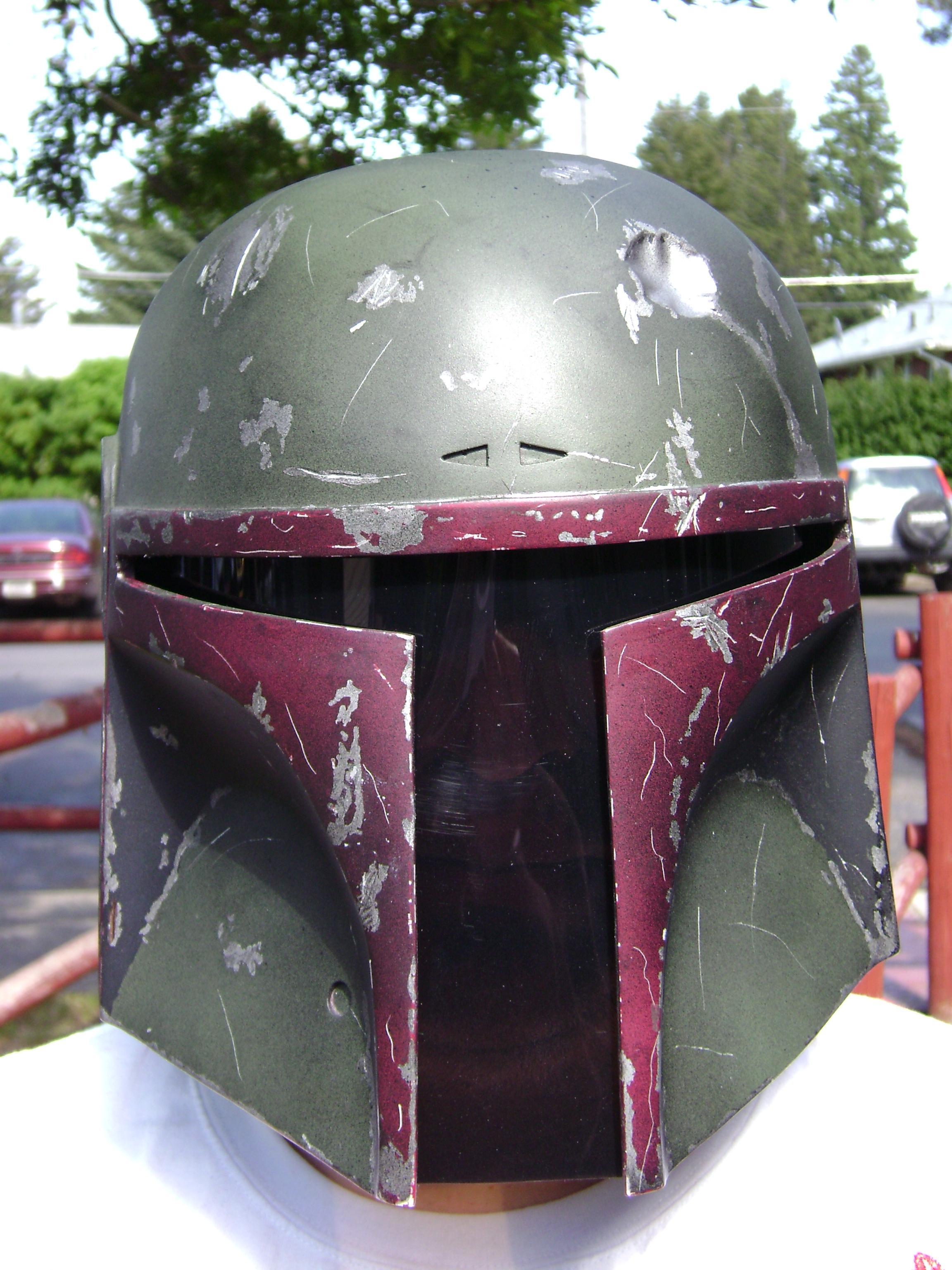 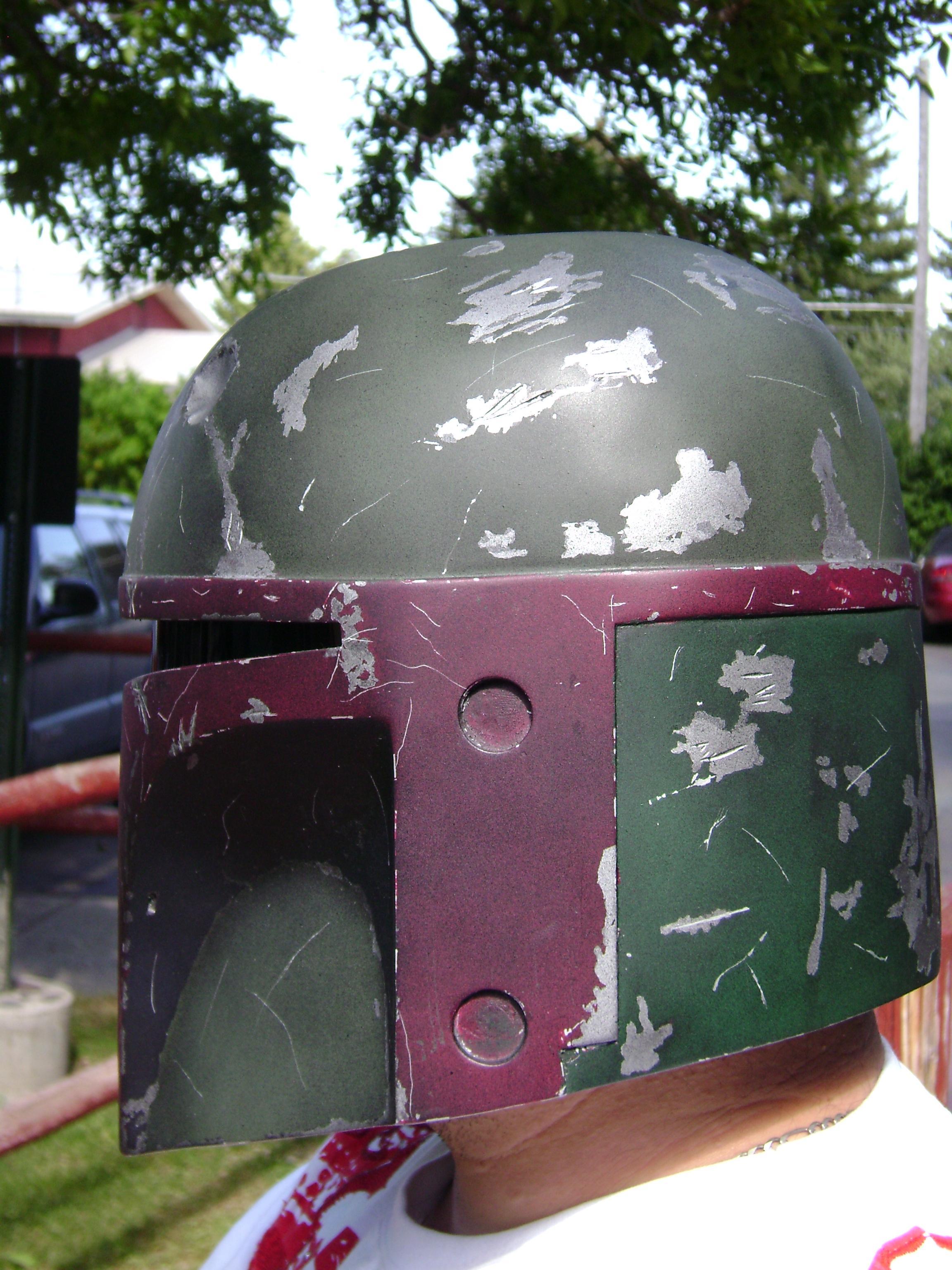 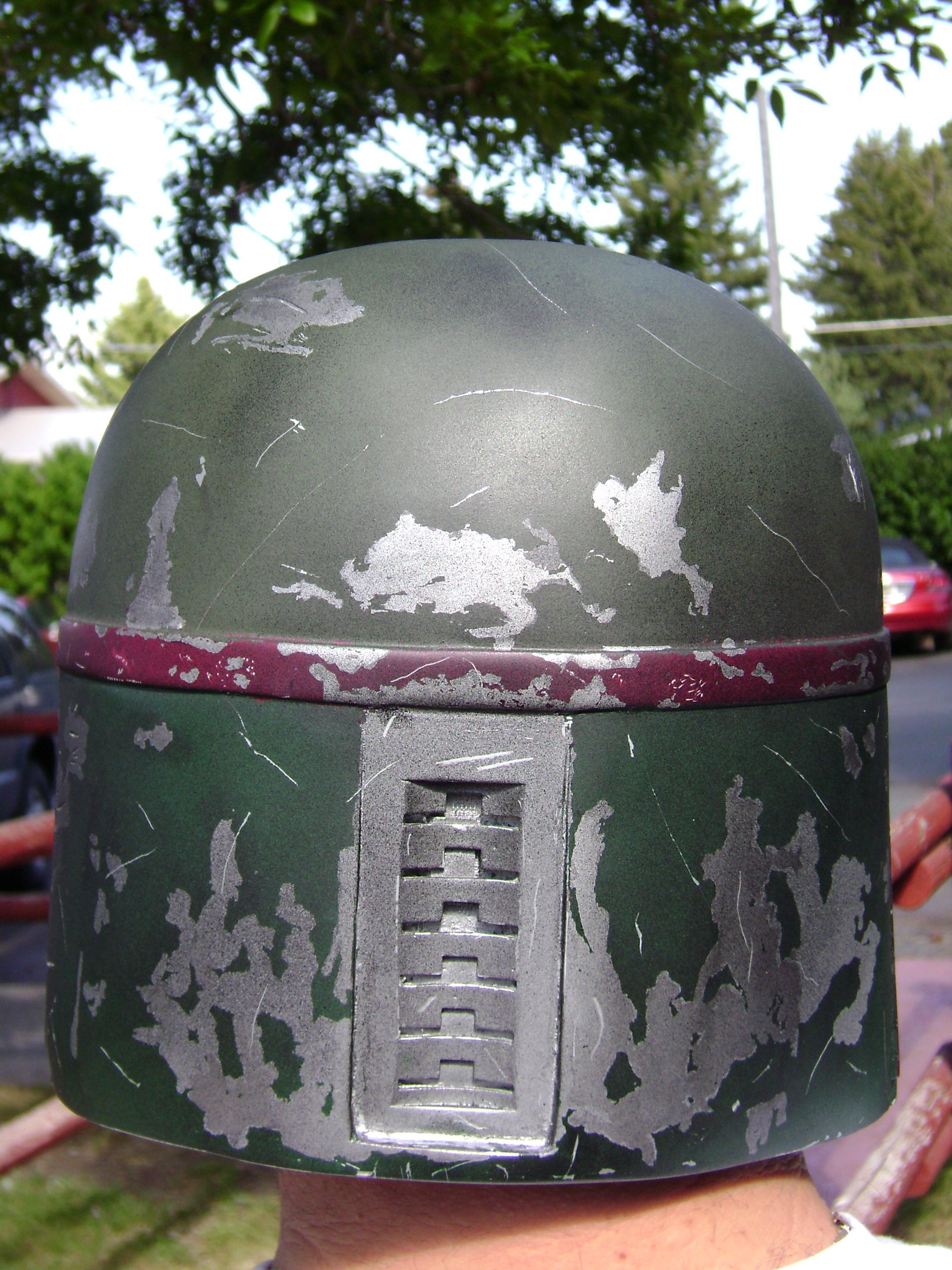 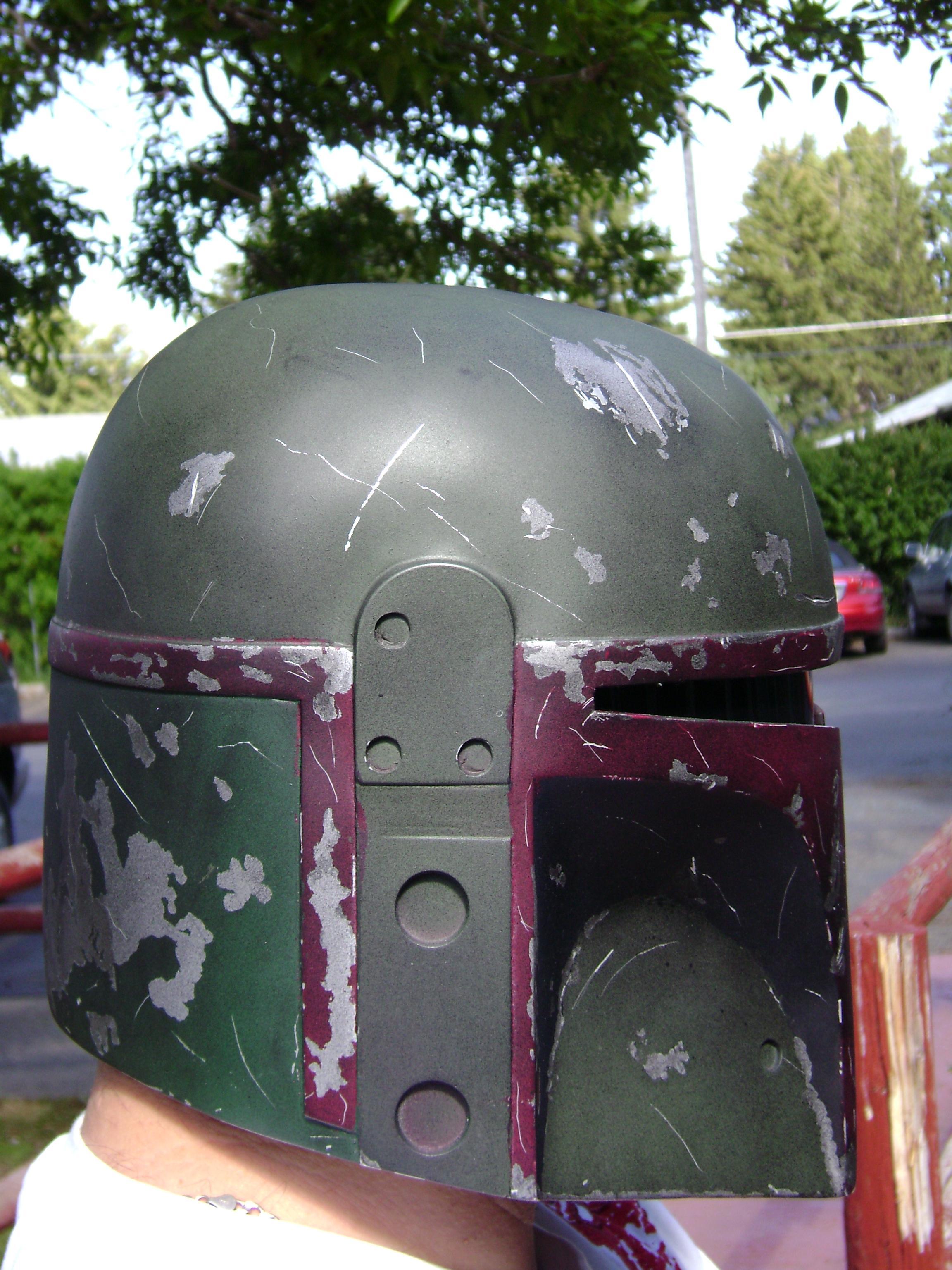 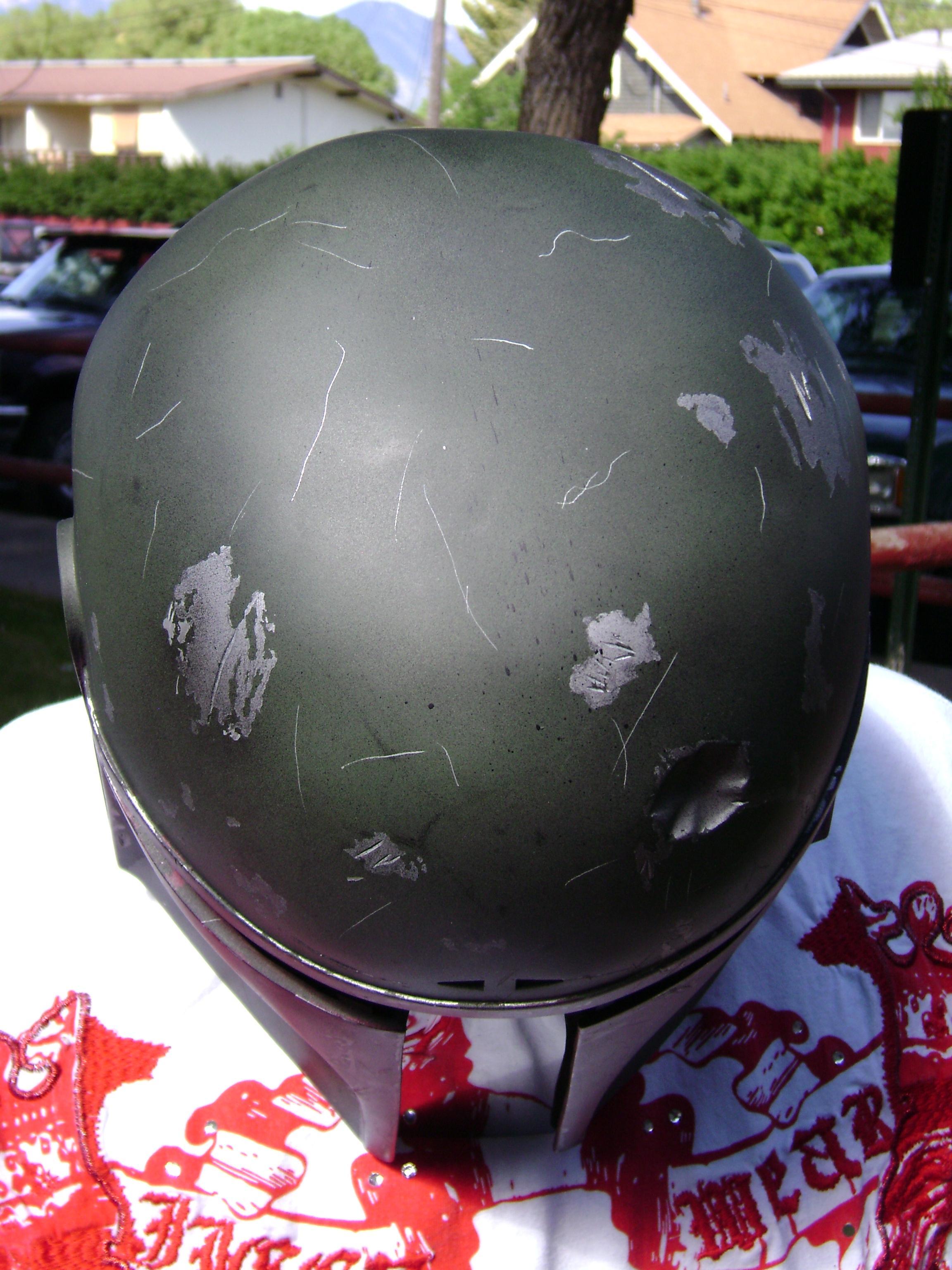 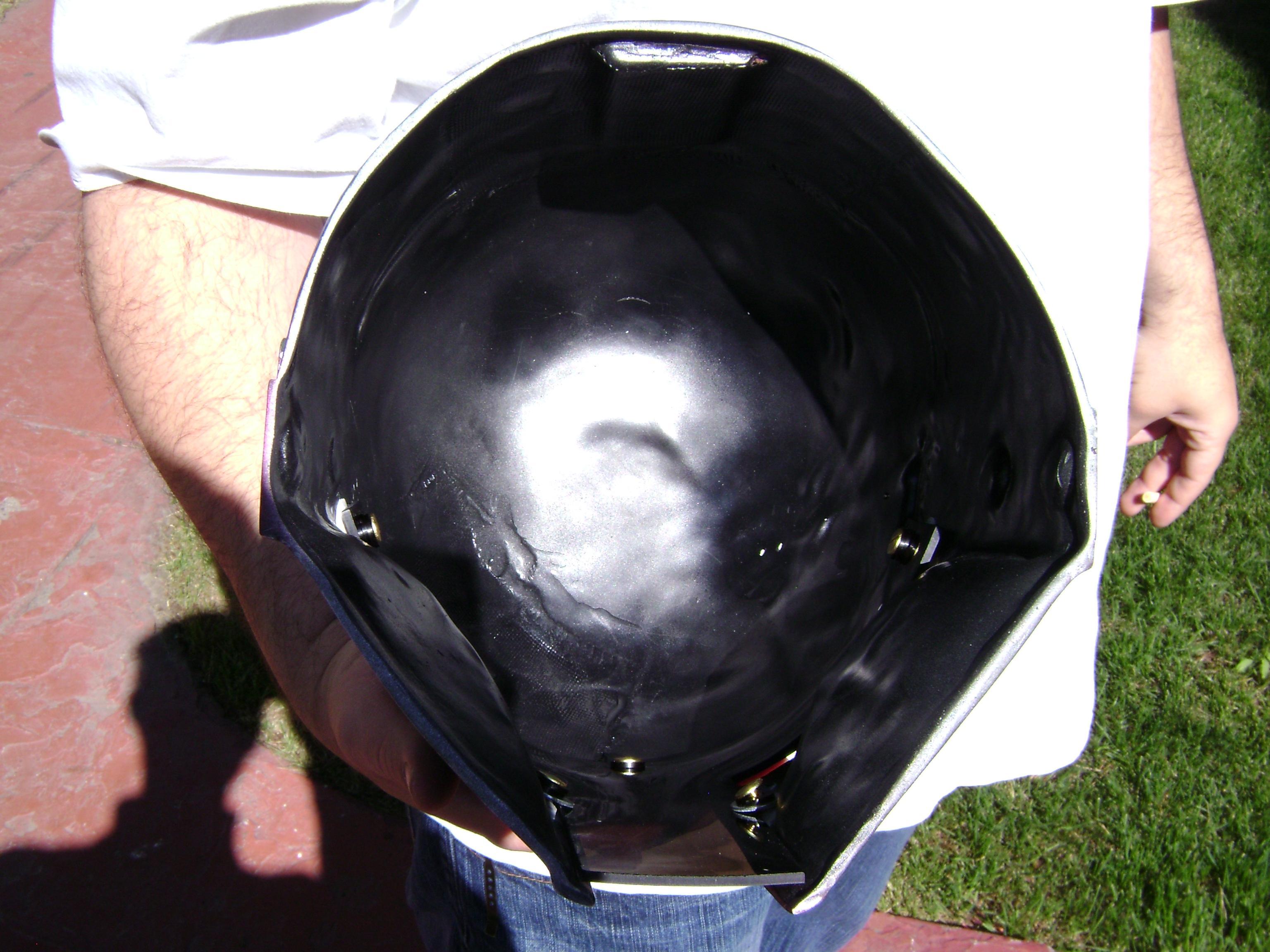 I would say there are some scratches too much (red arrows)!

Let the wrinkles get a bit wider and you don´t need any neckseal ...

Great paintjob and weathering on this helmet!

I agree on the weathering, great job. I can't wait to see it when it's complete.
Last edited by a moderator: Jul 24, 2017

I would say there are some scratches too much (red arrows)!

Let the wrinkles get a bit wider and you don´t need any neckseal ...

Great paintjob and weathering on this helmet!

i would agree with you that i did get a little happy with the exacto blade while doing up the scratches. but leave an old mans neck alone.
Last edited by a moderator: Jul 25, 2017 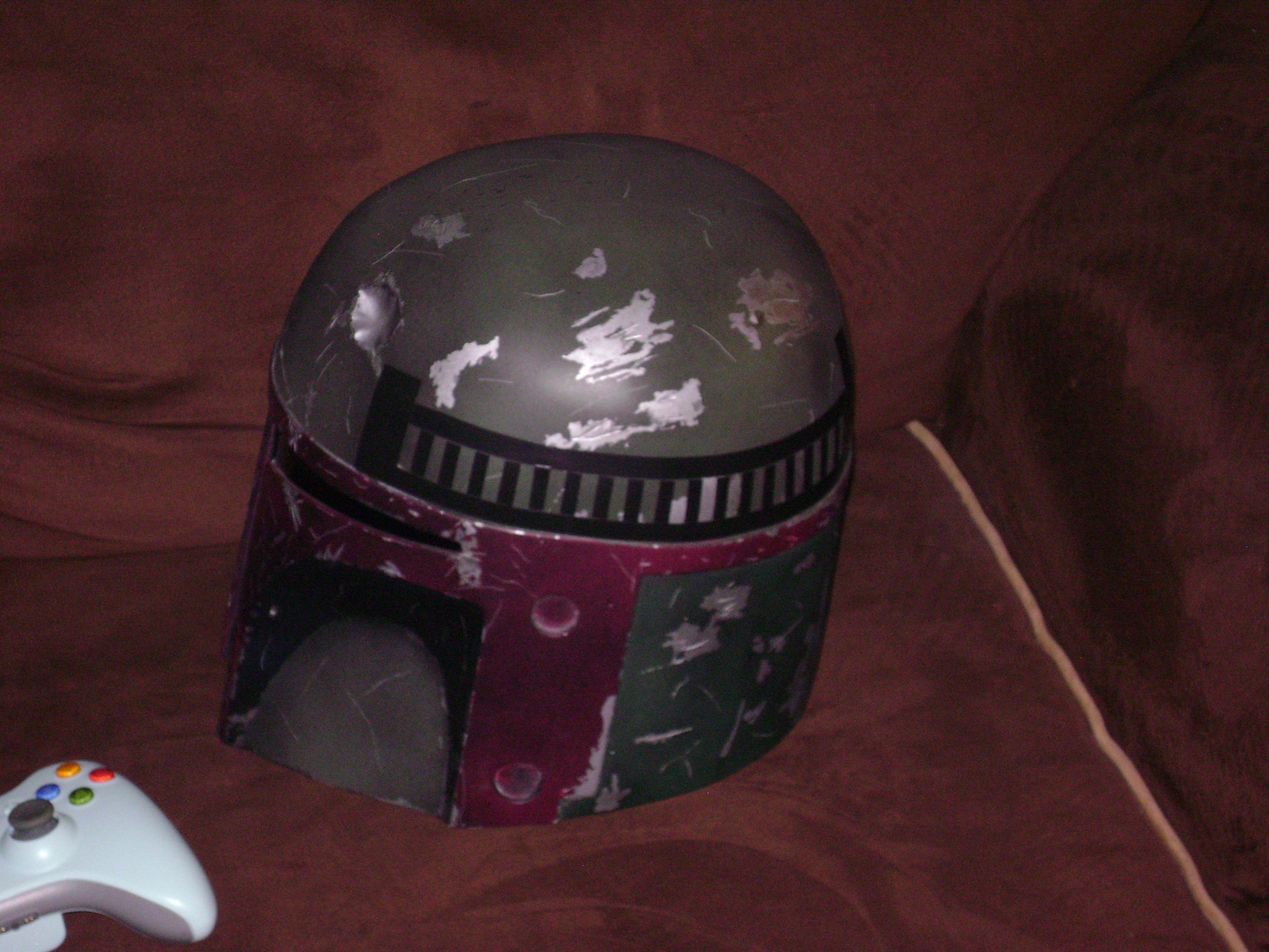 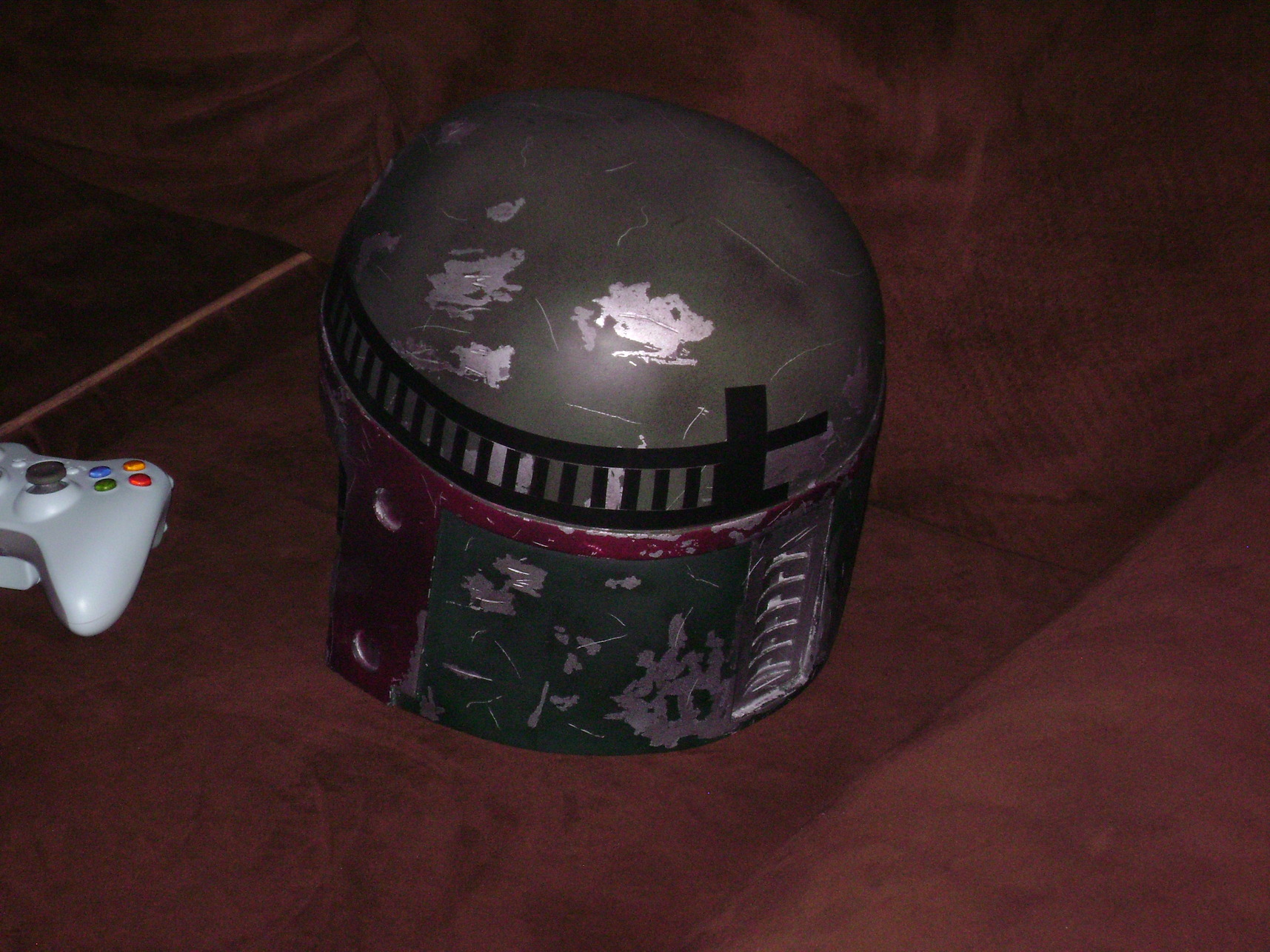 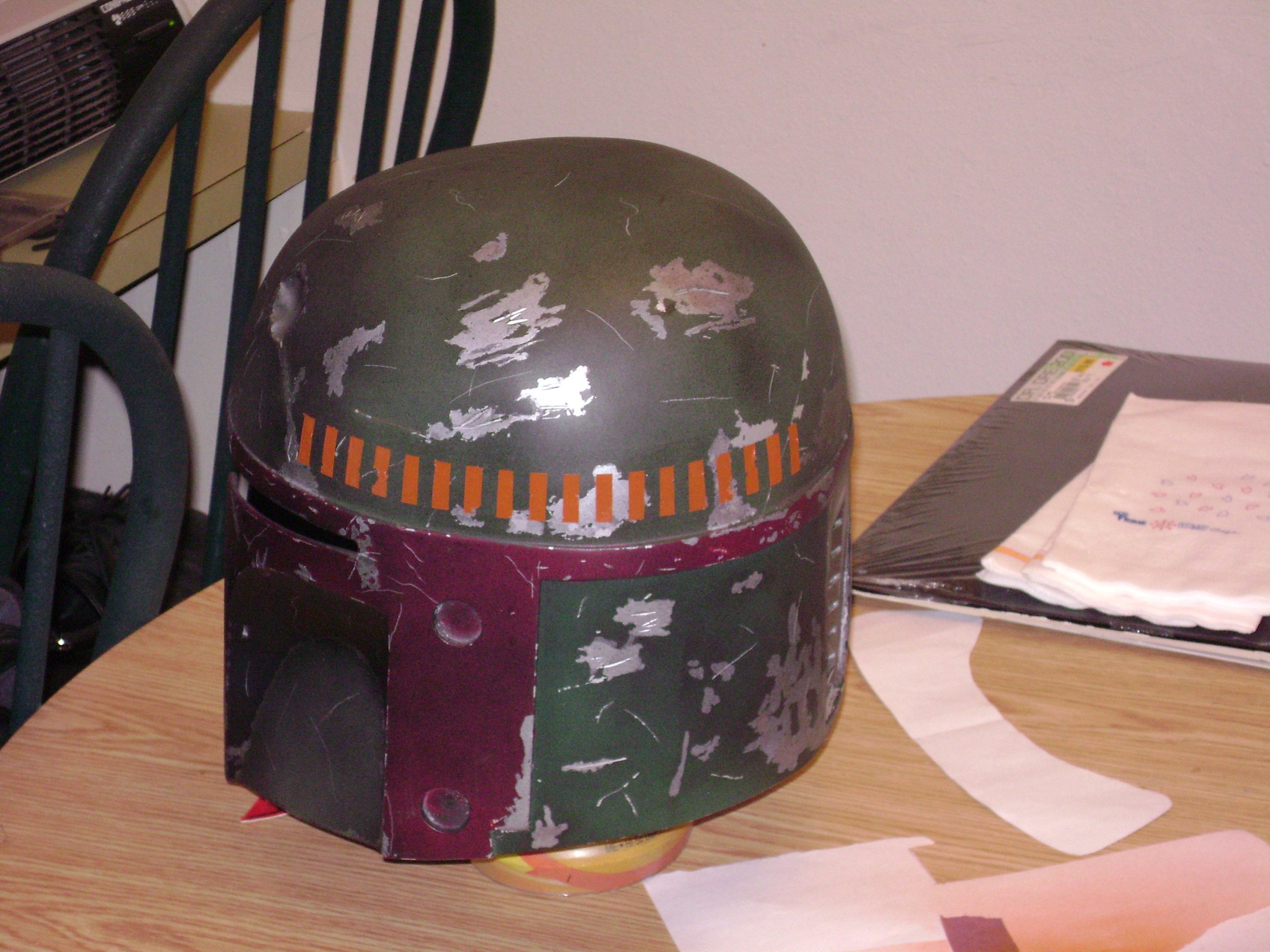 Community Staff
and i also got my sweet new metal ears on! they're a hair too big for the helmet, but i'm ok with that; metal ears = AWESOME! 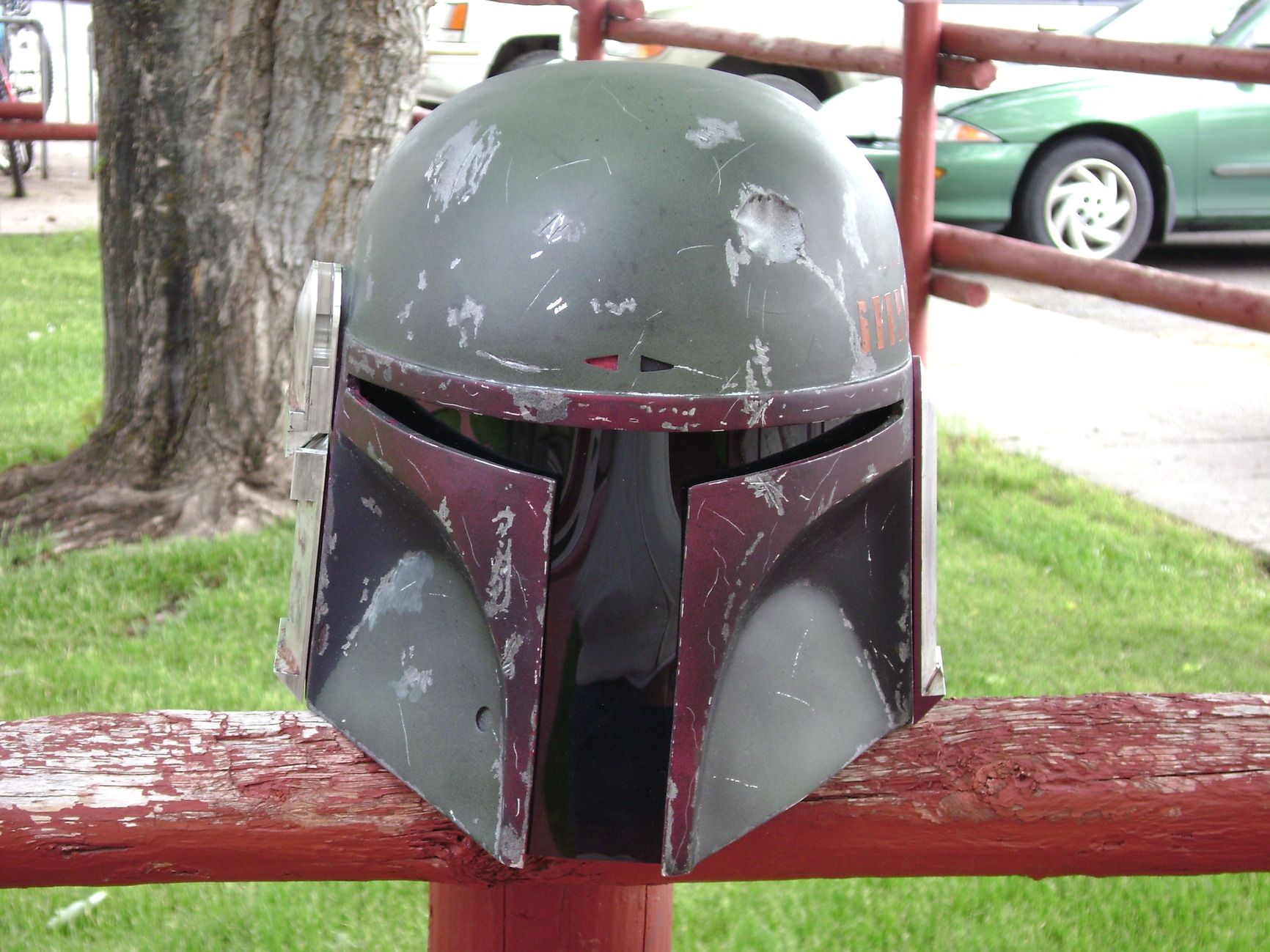 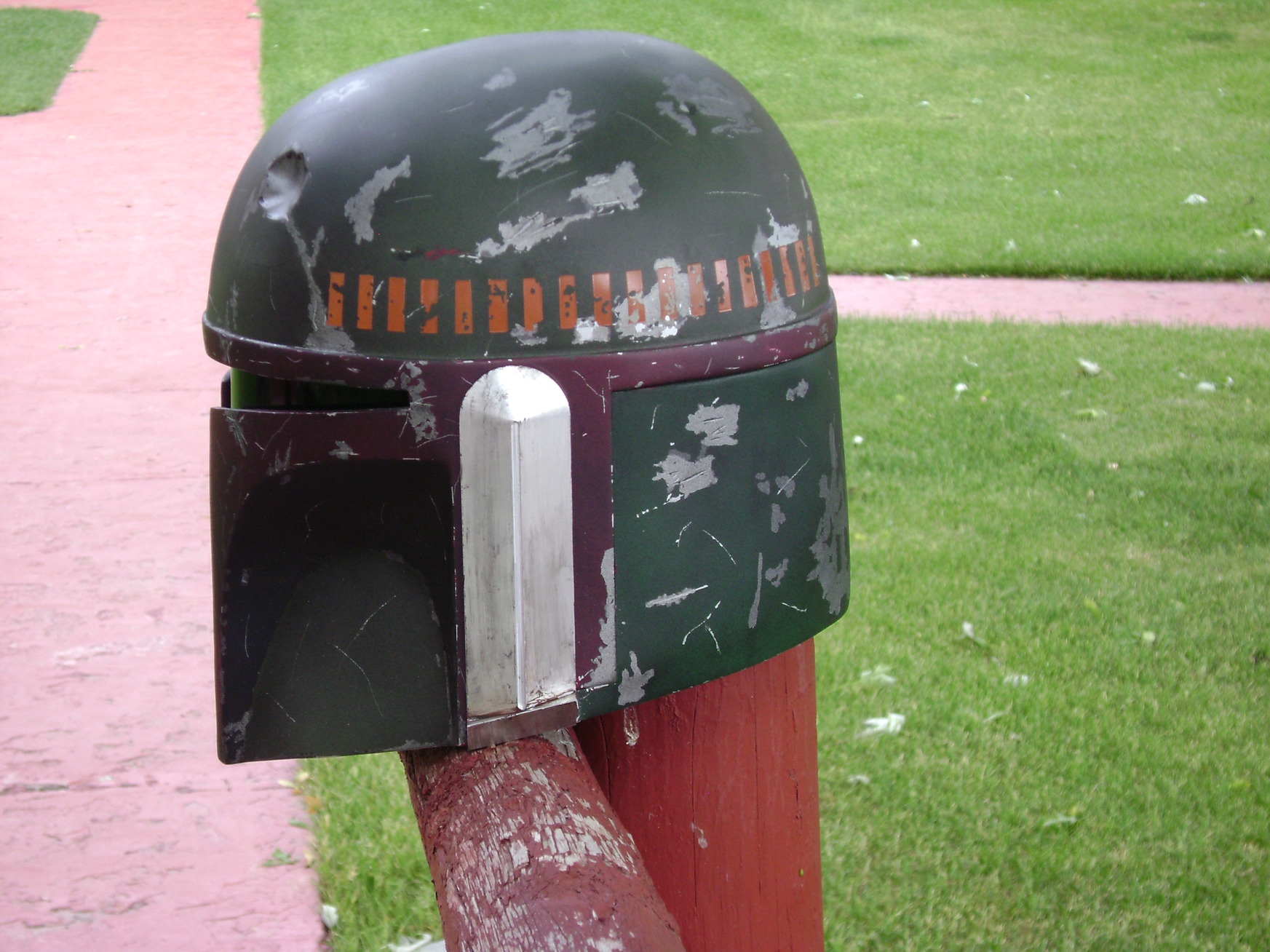 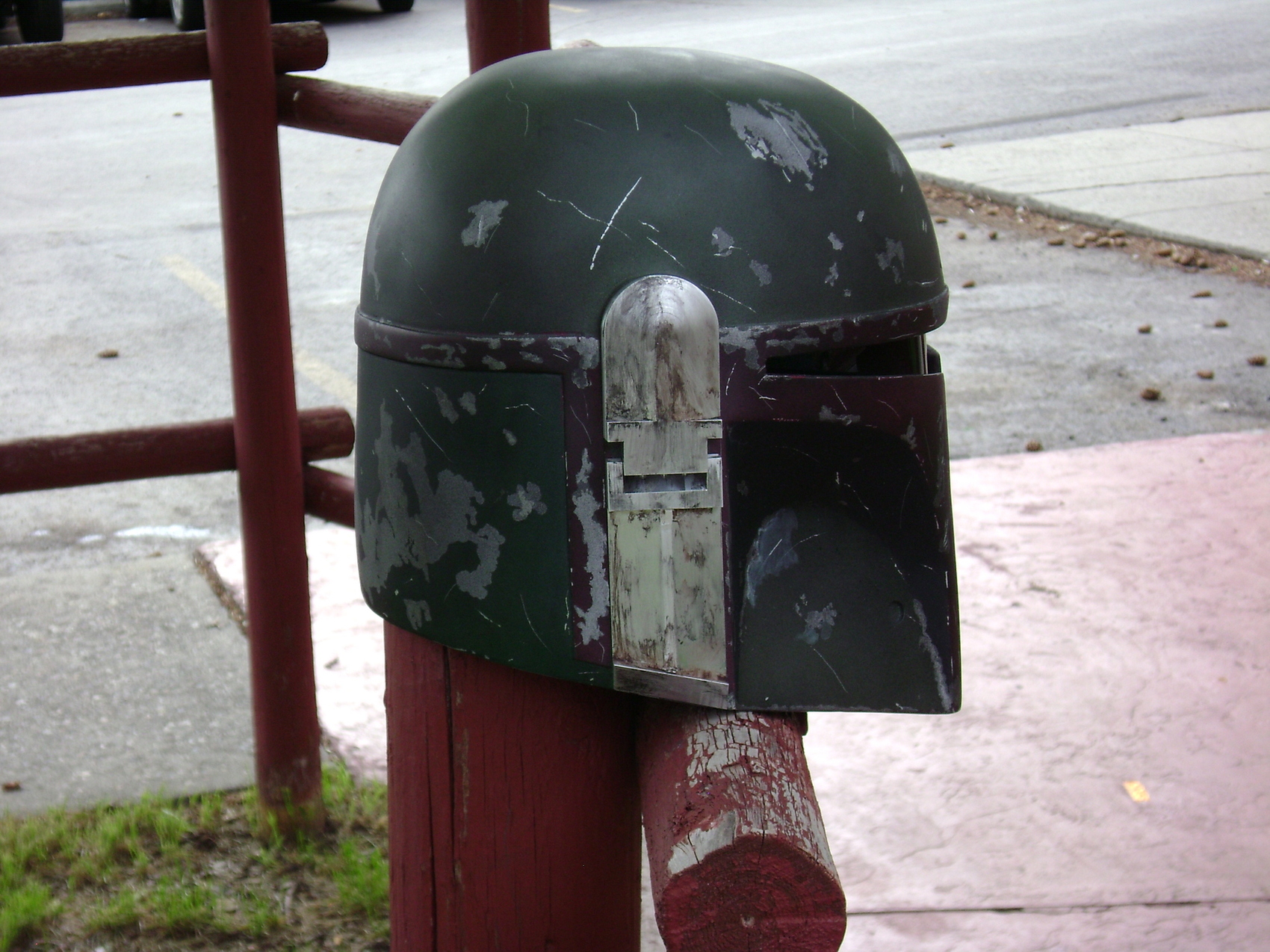 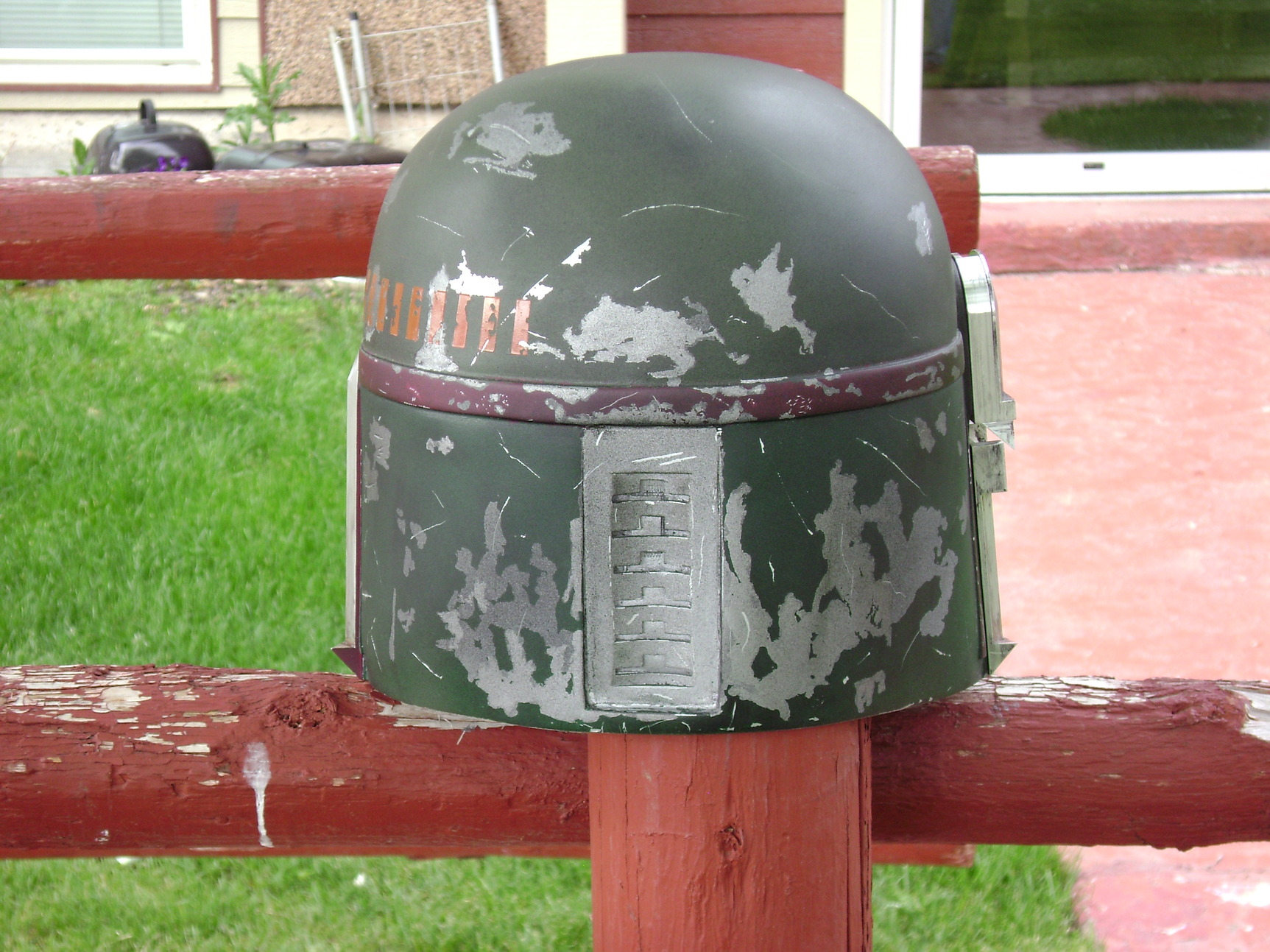 beautiful, i love it
Where did you pick up those metal earpieces?

Nickpocalypse said:
beautiful, i love it
Where did you pick up those metal earpieces?
Click to expand...

got them right here in the cargo hold. http://www.thedentedhelmet.com/showthread.php?t=32129

Community Staff
just curious, but what are these diode things in the keyslots on the back of the helmet? 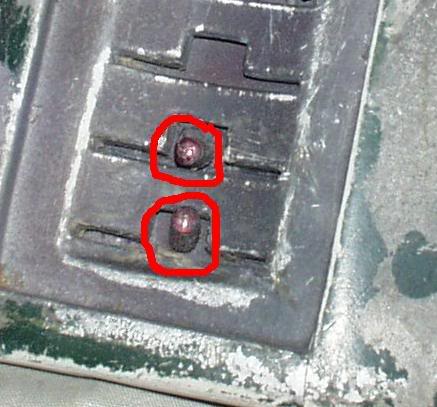 where do i get me some of thems?
F

It is said that they are the end caps of the tire vaules......
G

They kinda look like end caps for tires but that would be too big compared to the key slots.

I always assmued that they were transistors from the calculator circuit board...

Wow man ! You did a fantastic job on that helmet !! :cheers
The weathering is superb !!

And the dent replacement - really nicely done. It's harder than people think

Grifter - sorry buddy - but you're right - I was in holster world PM sent.

Looks great! Not sure I like the FP junk touching my junk though
AND YES dent replacement is A LOT harder than most think. I second that.

Time to go back under my rock for another 6 months.

Community Staff
hey MS! good seeing you here, hope i didn't offend with the dent. but ya gotta think, by the time i got my helmet from you, your molds had probably seen a lot of helmets.
N

you bucket looks awesome, the dent replacement, paint, weathering, all of it!!!

In need of a longer Stalk

MCR to paint or not?

In need of a longer Stalk

MCR to paint or not?