Wow... if nothing else gets to me first this bucket will surely be the death of me... the stress and near heart attacks i've had while painting it has been unbelivable. specially considering i've been negelecting everything and everyone else in the process.

Anyway.. everything is painted by me. even the "decals" are hand-painted. (because i lost the ones i had and just recently found them again and now i can't be bothered to re-paint the ears and kill marks)
Been using a Aztek A 270 Airbrush. A crappy plastic amateur air-brush but it gets the job done. 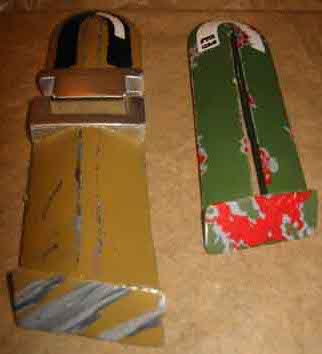 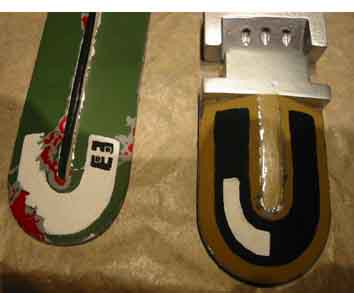 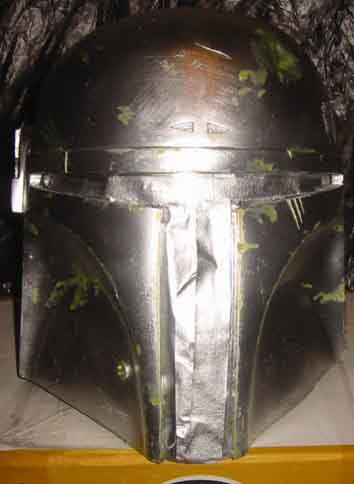 First a layer of silver spray paint (a bad choice.. but more on that topic later..) and some masking fluid... 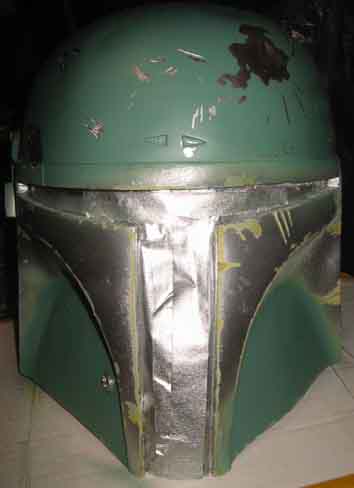 Since Testors don't ship internationally i had to make due what was availbale to me.. Model Master Enamel Paints.

The cheeks and dome color is a custom mix between Pale Green (1716E), Semi-Gloss Blue (1594E) and Aircraft Grey (1731). I don't know the proportions. i tired to get the mix as close as possible by comparing the color to the ref. photos. Thinking of putting on a really thin layer of light gray to lighten it up a bit. I think it came out a bit to dark.. but maybe i'm just being to hard on my self.. Next pic please!! 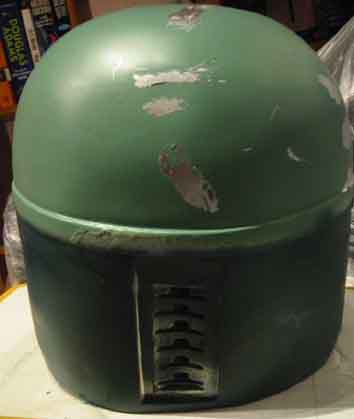 Next step.. the back. Sorry for the bad light but you'll see the colour better in the following photos.
Again.. a custom mix between Euro I green (1764E) and the Blue (1594E). Same procedure.. eye-balled it. 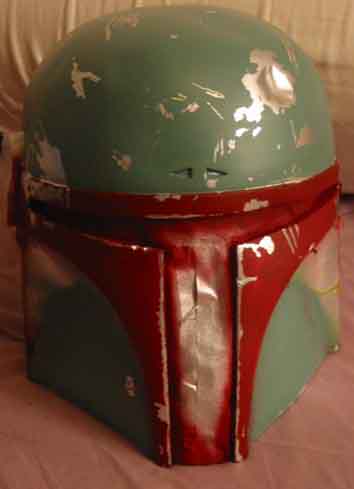 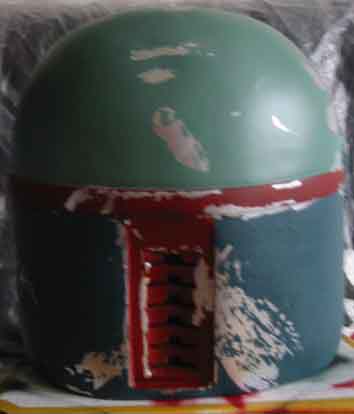 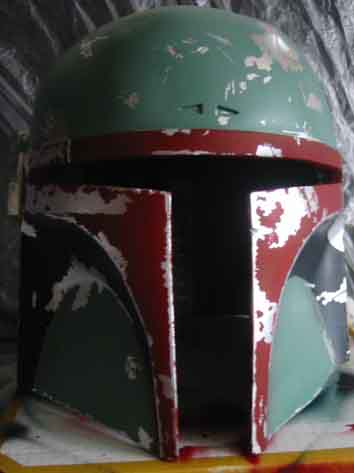 Painted the inside of the cheeks with Gunmetal (1795E) 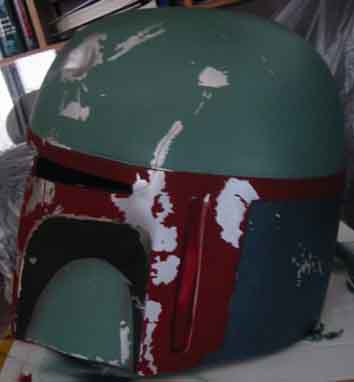 A side view... and the colors are coming alive.... 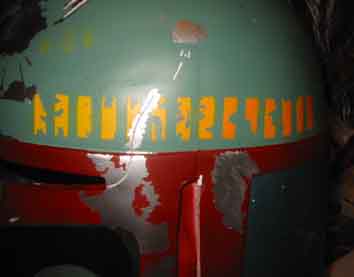 Used TK409's templates (Thank you for these!! ) For the kill marks. As you can see the pattern is a bit wavy but i'm hoping that this will dissapear one i get to weathering it a bit more. (As well as the small patches of yellow spray close to the dent :cry :cry why !?!? :angry )

After nice good layer of the yellow i just added a drop or so if the Fire red at the end with what was left in the cup and went over the last 5 kill marks with the orange. 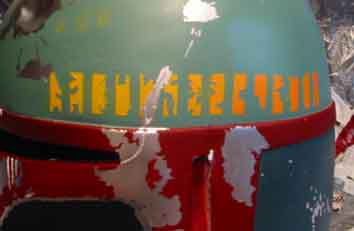 Do the kill marks look too small? or is it just me? 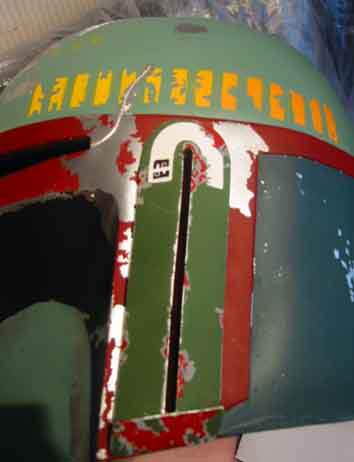 With the ear laid onto the bucket.. 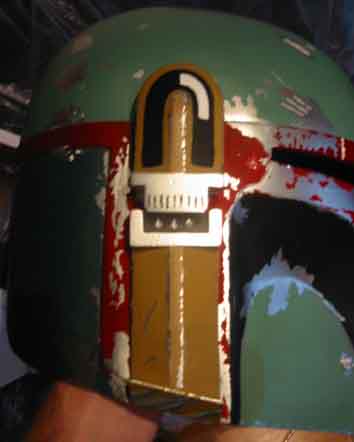 Anyway.. stay tuned for updates next week as the weathering process starts.. but untill then.. any pointers?

Oh.. and the reason why the silver spraypaint was a poor choice is because the enamel paint has a bit of trouble sticking to the paint. which i discoved when i pulled the masking tape of too fast and took some paint of with it (and almost my heart in the process...) I hope that the varnish/laqcuer i'm gonna put on last will protect it from further scratches.

But on a final note i would like to aknowledge Spidey-Fett, Rouge Studios and TK409 for the inspiration, information and all pictures which inspired me in undertaking this heart-wrenching task. (I´ll send the medical bill later )

Personally, I think it looks great. I think the kill marks are the right size. overall, one of the better ESB's I have seen and I cant wait to see the finished product.

You should pat yourself on the back and pop open a cold one. :cheers

I don't think the kill stripes are 2 small.
I also like the yellow to orange look on them, I never had that on my ESB.
J

All of your research, hard work and attention to detail have paid off. Looks fantastic !!!

Can't wait to see the finished product either.

looking great! i did a silver basecoat too, but was fortunate enough not to have any paint pull back when i de-masked.

then again, i also used the masking fluid for just about everything... even masking out the cheeks and such.

it takes the paint a few days to be tough enough to handle masking tape, but the liquid mask was ok after only a few hours.

Really really nice!!
I feel the need of starting up my own airbrush again.... very inspirational, mate!
Good work.
S

I really like the color on the back , that matches perfect!!

Sorry for the lack of updates.. But atleast now it is done.. well.. the word "done" is very relative in this case. There is still alot more that i can do to make it more accurate but for the sake of my sanity.. i'll leave it for now.

A lot of the weathering is "custome" done mostly because this is my first bucket and hence this is the first time weathering a helmet and natrually most of it is way off.. Secondly since the masking tape took more paint of than it should of i had to adapt to it. And thirdly.. a lot of the weathearing i just improvised... again.. for sanity reasons.. some stuff turned out good.. some others not so good. Like for example the weathering by the kill marks. (not so happy) or the burn halos i created around some of the scratches (while not accurate looks pretty good = happy)
and thirdly.. at the end i got kinda fed up painting and i just wanted it to be over..

Anyway.. here are the pics. (Still need some weathering on the RF though) 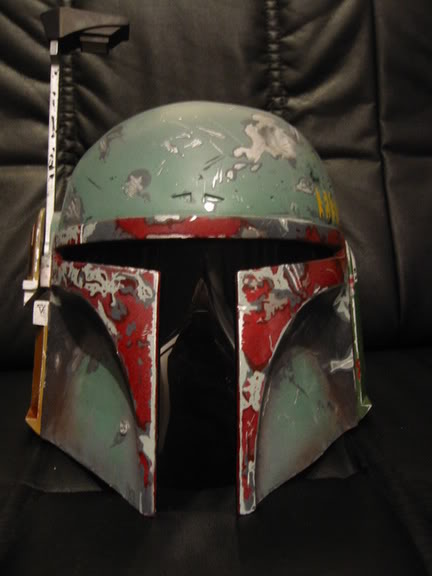 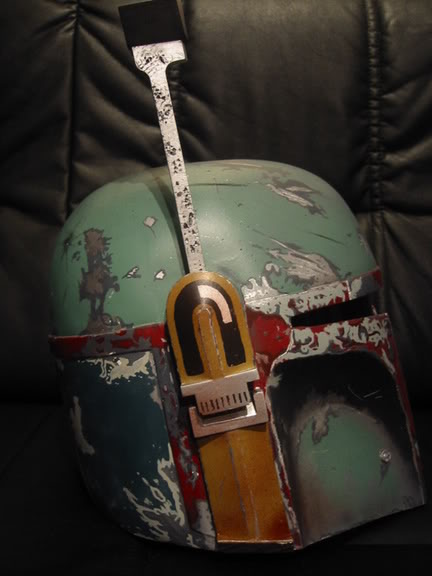 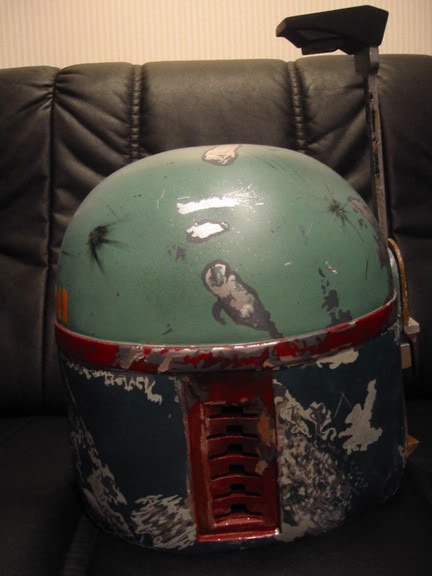 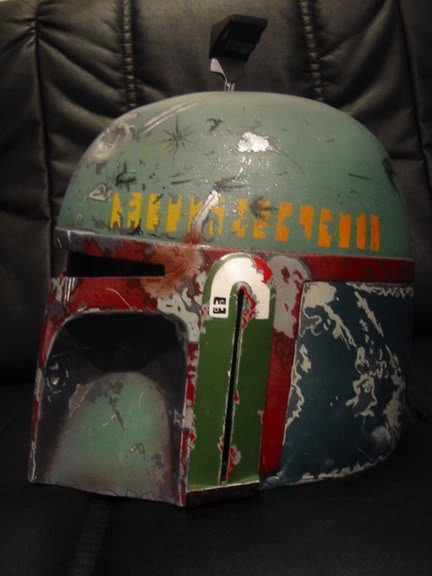 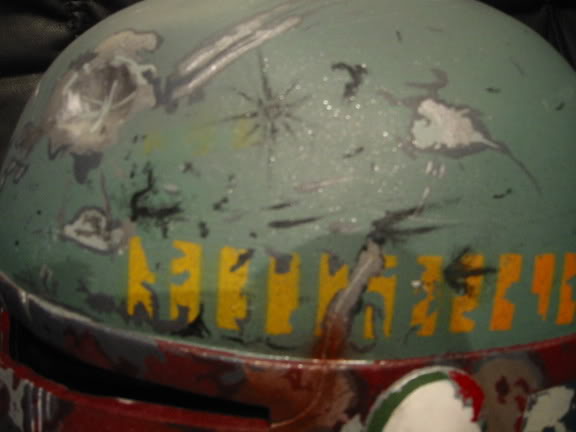 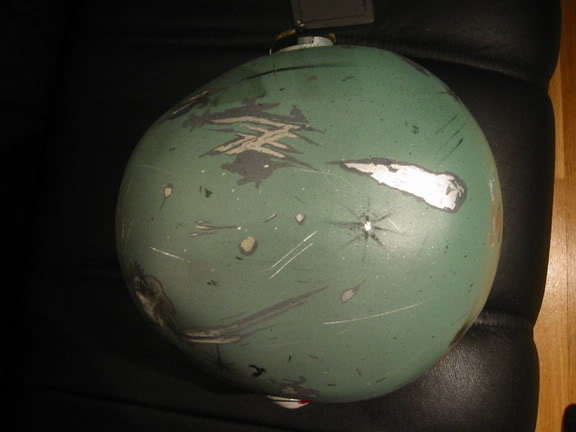 And here is the Money Shot: 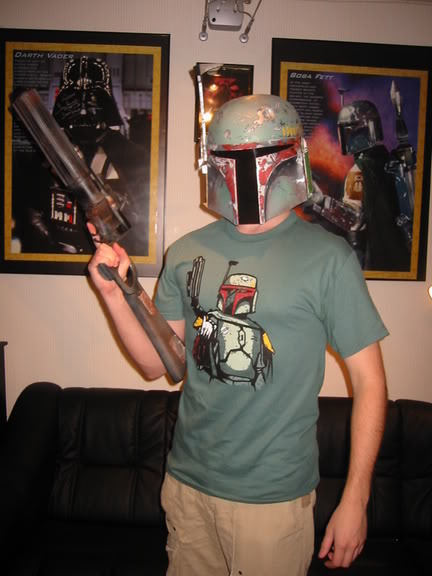 dude! I like your own influence there! looks amazing!!

hmm... I know what you mean with the sanity reasons... my ROTJ is getting unde rmy nails 2... but I just got to far to start doing things custom now.

although I'd sometimes so much like to get lose from those restrictions.. seeing what personal influence can do judging by your pics... I'd almost do the same

Man! Those are awesome shots!

Very sweet. motivates me to to another ESB helm....then again :/

Thanks every one.. I don't know if anyone noticed but i used silver spraypaint to give the helmet a "space dust" weathering as well..

I've done the same to my jumpuit at places.. just to make it look like "sand crystals caught in the fabric" kinda thing..

But overall i'm really happy with my bucket.. though it may not be 100 % screen accurate... maybe not even 50% it has given me tones of experiance and knowledge.. so the next bucket will be even better!!
Last edited by a moderator: Oct 2, 2005

Tim Allen said:
Very sweet. motivates me to to another ESB helm....then again :/
Click to expand...


Me too. WOW. :cheers I like the blaster shot marks. Original.

I'm really looking forward to see your whole suit in person in the end of the month! :cheers That helmet is absolute beautiful!!

Father & Son will be re-united once again.. (figurlativly speaking [spelling?] )

Nice job Boba Swede! If this was your first...I'm really impressed...man I wish I had your skills. I especially like all of your little details...the silver scatter on the top of your bucket was a nice touch. By the way...nice choice of Citadel Paints. I am a big fan of their range and I personally own one or more of every color they currently make (hehe). I only wish I could find the stuff in larger quantities. Any who...keep uo your stunning work.