Just about done with the helmet for my custom mando commando. Just waiting on a hollow RF from MLC. Might do some more weathering too. Pics: 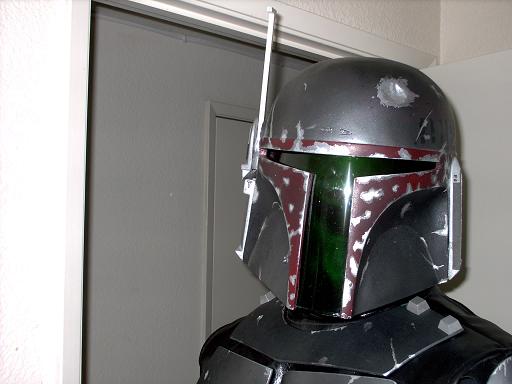 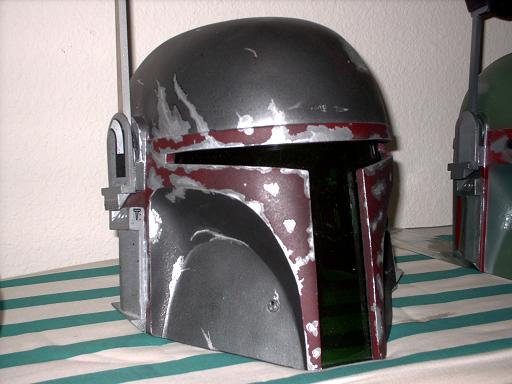 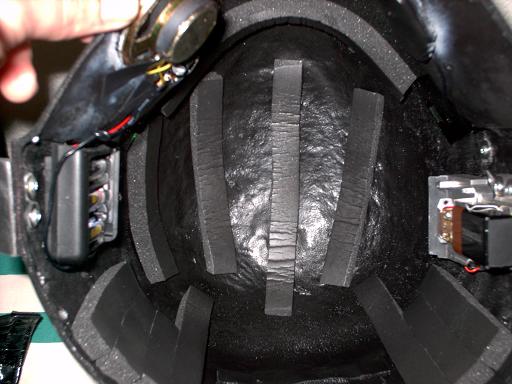 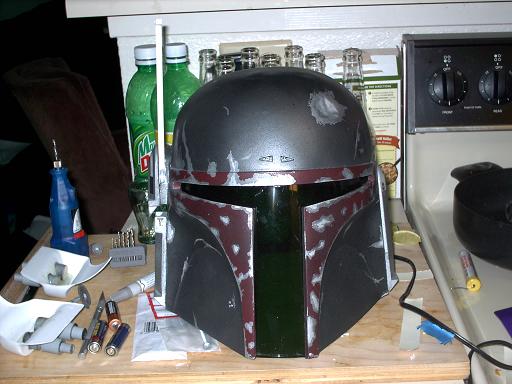 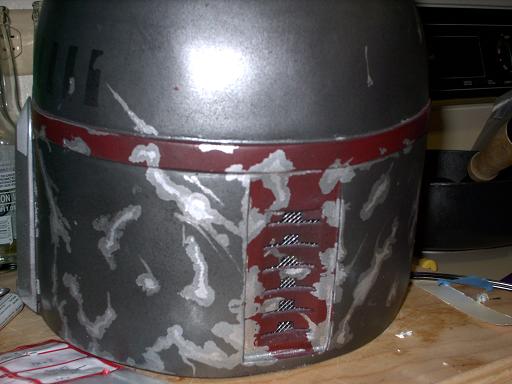 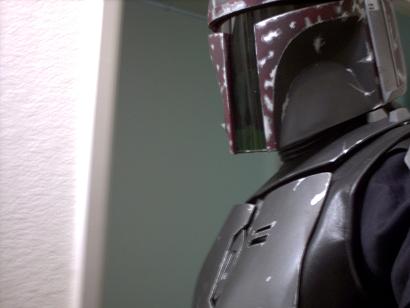 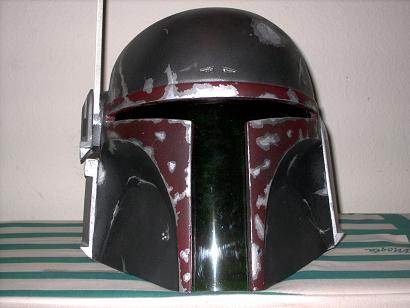 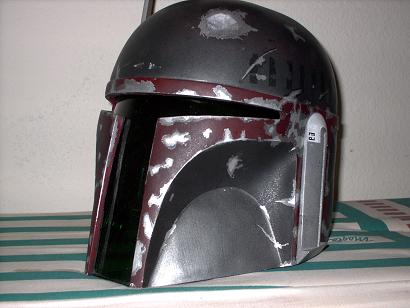 Awesome job, man. I love the color combination you went with. Are you changing out the visor, or have you already done so?

It might have been a good idea to fill in the dent if this character isn'y a Boba variant.

Do you know what seperates a good custom helmet from crap? The paintjob. Your paintjob uses the layered paint effect and looks awesome. Soemtimes people just slap some quick silver scratches and they're done. The layered damage gives it a much more authentic look.

Keep up the great work!
B

JK just answered my question. Better layer up the paint. How did you instal those rivets for the visor? I need a good install tutorial. Mine is the thick plexi from Boba Maker.

I better Fill that hole!


Jodo_Kast wrote:
It might have been a good idea to fill in the dent if this character isn'y a Boba variant.

Do you know what seperates a good custom helmet from crap? The paintjob. Your paintjob uses the layered paint effect and looks awesome. Soemtimes people just slap some quick silver scratches and they're done. The layered damage gives it a much more authentic look.

Thanks for the comments.

Kindredjedi- It's a Marrow Sun bucket, so there was no visor to change out. That's a green welding visor in there.

Jodo_Kast- I know, I know, I should fill in the dent. I just like the dent too much though. Guess I figure if Boba is clumsy enough to whack his head and dent his bucket, another Mando could be just as clumsy.

Bigaboy- Those aren't rivets, they're screws. I sprayed the interrior of the helmet with a couple layers of truck bed lining to thicken it up, then drilled small holes, filled them with epoxy resin, and used 3/8" screws to secure the visor in place.

I'm still not entirely sure I'm satisfied with this bucket. Anyone see anything I should do differently with it?

I agree, and I say this about most customs, the dent's gotta go, or better yet move and multiply!

...still painting the last on my M_S buckett too...just got the armor all painted and attached to the flak vest and will be attaching the leg armor to the jumpsuit next...

...I like the layered battle damage...keep up the good work...

Great job on it.


Now whats the rest of the outfit look like?

I'm glad you guys all like my bucket. Before I did this, I practiced and played with some different ideas on some DP 96's and Rubies buckets I had. Sold'em on ebay a few months back.

The rest of the suit isn't quite done yet, so I don't have pics of it. I hope to have it done in time for halloween. My jumpsuit is black, Jango style with no leg or shin pockets, it's a custom job from SFP. Flak vest is a jango vest from SFP, but I dyed it black as well, so it looks like black leather. I have a 4-buckle girth and a leather ammo belt, both dyed black, and I made a cape from an Army half shelter tent, and dyed that black. For gloves, I bought a pair of black and grey paintball gloves, and ordered the correct military patches used on the pre-pro Boba suit to go on them. To go with all the other black soft parts, I'm also using a black stormtrooper neckseal, which actually looks good with the rest of the suit.

The armor itself is sintra, painted and weathered the same colors as the helmet. It's Jango style, so it has the leg armor as well. Chest lights from sci-fire.com. I put together a pair of Chuck's ROTJ gauntlets, painted the same color as the area around the visor on my helmet, so they actually look pretty close to Fett's ROTJ gauntlets. For boots, for now I'm just using a cool pair of Harley boots that I have. Got some knee parts from BKBT, but haven't finished those yet. Also have yet to aquire a good jet pack. Would like to do a stubby style pack, but until I buy one, I'm going to make a custom pack out of some stuff I have around. I'll post pics of it all when I'm done.

I decided to do the custom before I actually tackle a Boba, to get some more practice and techniques down. I want to be absolutely sure of what I'm doing when I do my Fett. Plus, I just like the idea of having something original. I've seen alot of customs, but nothing quite like the one I'm doing.

As always, I'm open to comments, suggestions, and critism.

Impressive i to am going with the jango style of armor with leg armor. Well nice custom man.