As soon as I saw Seekers demo at D*Con for his chest armor, I knew I had to get that curve that is so elusive. I don't have the workspace to do a lot of sanding on bondo so, when JD posted pics of his fiberglass Jango armor I finally got an alternative.

First of all, this stuff is awesome. I did no prep work to it other than triming and wetsanding once with 600 grit before I applied Rub and Buff. His torso set was a little big for my proportions so I had to trim it freehand to match the scale I wanted. I used the Publicity photo as a guide. I also trimmed a little extra on the shins to get the more accurate notch on top and the curve at the bottom.

It came out so good, I was inspired to sew myself a new flakvest to go with it out of auto upholstery synthetic leather.

Here are some pics of the mods and rub and buffed armor pieces. Also there is a pic of my old torso set that I originally got from SFP. I'll post pics of the weathered and finished suit as soon as My wife can take a pic of me wearing it. 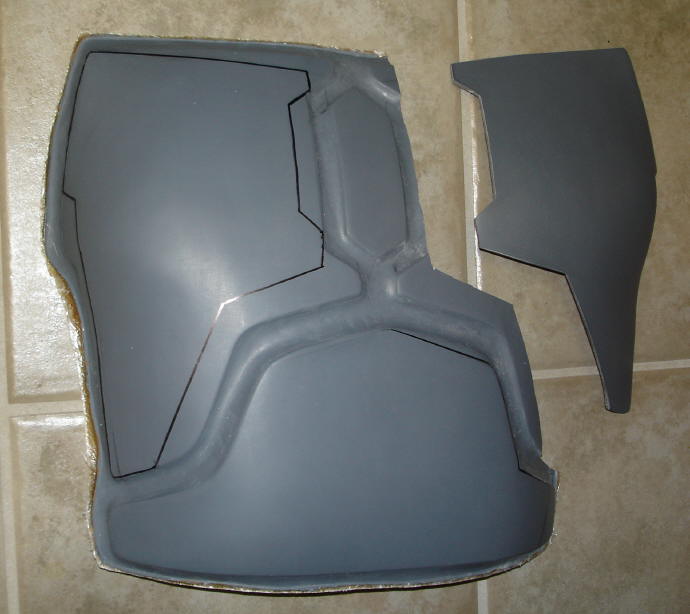 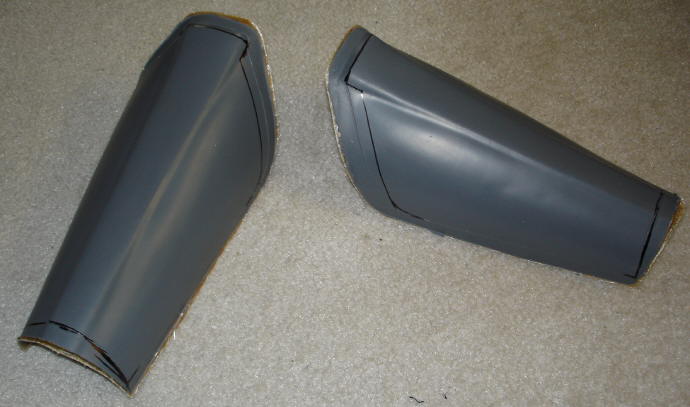 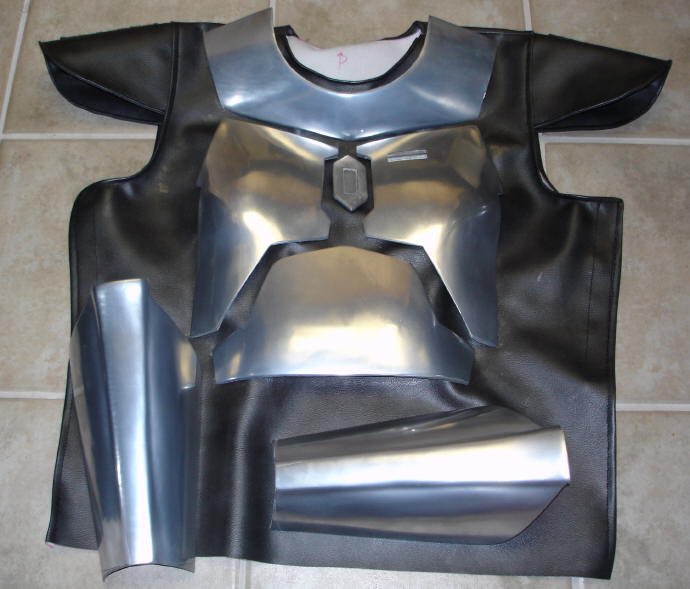 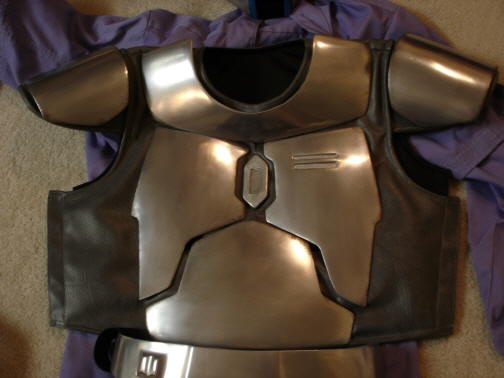 You did an amazing job!
Can't wait to see some photos of you wearing it, it looks a lot better now.

Thanks bro!
BTW, I love your sig. lol

Nice looking stuff man! You made that vest from scratch?
Last edited by a moderator: Jul 25, 2017

Nice job! How tall are you? I'm 6 ft tall and mine will work out perfect. I just got my judz armor over the weekend and will begin trimming, etc. What did you use for the backing on your left chest armor slots and center diamond piece. Did you grind it down or cut it out and back it with something? I plan on cutting mine out and backing it with sintra to give the recessed look unless its thick enough to just grind down the slot. Also what is that little silver thing on the top of your cod piece. It's on the left side on the picture above. Great work, by the way. Looking forward to finishing mine.

For the vest: I just picked up a few yards of pleather made for a honda and cut it out and sewed it.

For the armor: I'm 5'9" 155 lbs. I drew out the outline for the slots and used a drill to weaken it with lots of holes. Then I used a metal hacksaw blade and a flat file to square it out. I glued some sintra behind it. If you want to just grind it out, it's plenty thick enough for that too. The cod piece is from SFP. I'm pretty sure he just took a Boba cod and added the front loop to it, but I could be wrong. That part gets covered by my girthbelt so I don't really care about it.

Nice work on the armor man. :cheers
A

Wow thats beautiful. Nice sanding. What grit sandpaper did you use? 600 and 800?
cant wait to see it finished!

Thanks Turo, you know this was all your fault.

I just got done redying the jumpsuit darker. Here are some shots of the weathered armor. I wish I had a good photographer like BB to do these. It looks so different in person. 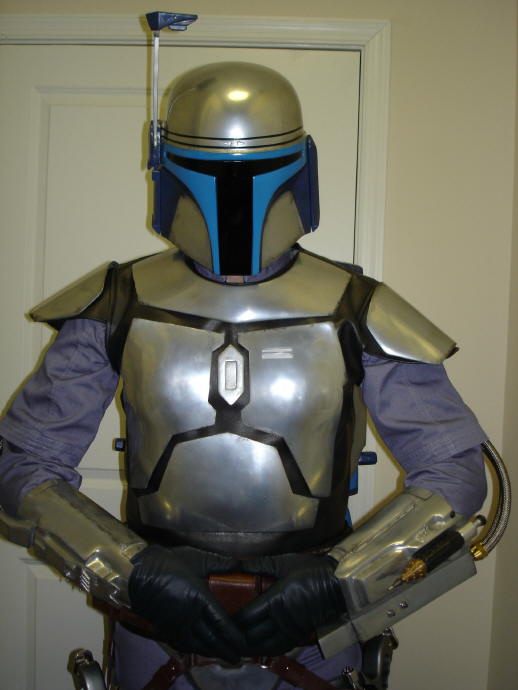 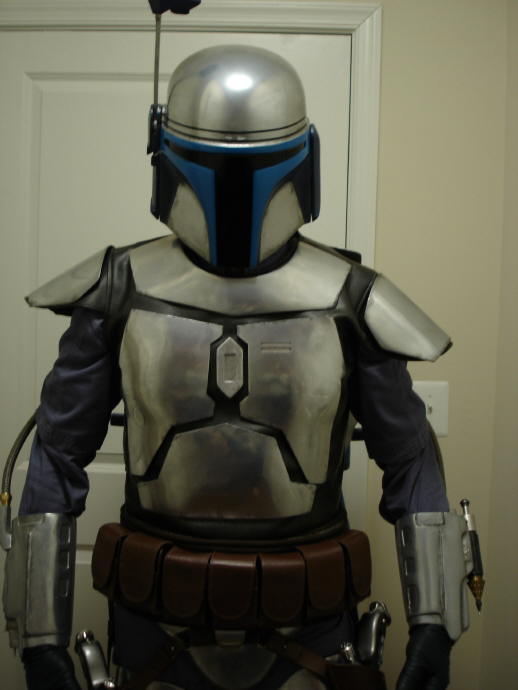 Where did you get your gauntlets? they're sweet!!

Sweet buddy! I just finished dremmeling one shoulder armor piece! Can't wait to be done. Are those Westars Master Replicas? I want a set but whew...my money is just going out that window finishing my Jango. Also, what did you use for knee darts? I gotta find that thread that talks about spacers. Good job, zxwing.

Looks good. Where did you get the gauntlets?