Ok, let me know if you're tired of these, but here's another build-up post. Had an event yesterday and Jango couldn't show up without a flamethrower.

Made out of 1/8" styrene(sintra), various brass 1/4" hardware found at Home Depot, a little less than 2 bottles of Locktite gel super glue, and a little bit of liquid super glue to fill in the gaps and seal everything on the inside.

The inner box can be slid in and out and is held in place by a set screw on the inside. I did this in case I ever wanted to put laser pointers in the flamethrower tips. And I'll get accurate looking tips when I find somebody selling them, but for now these will work. 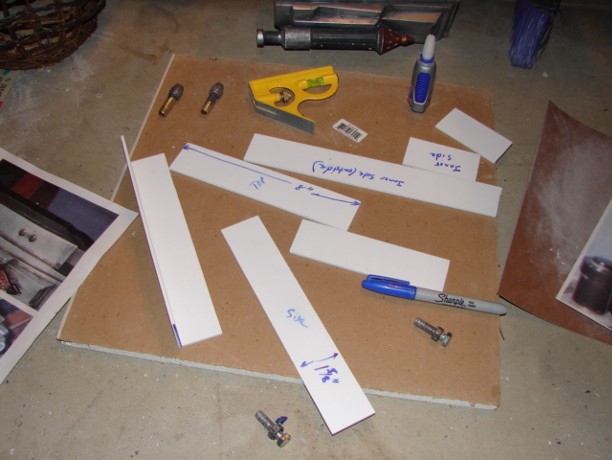 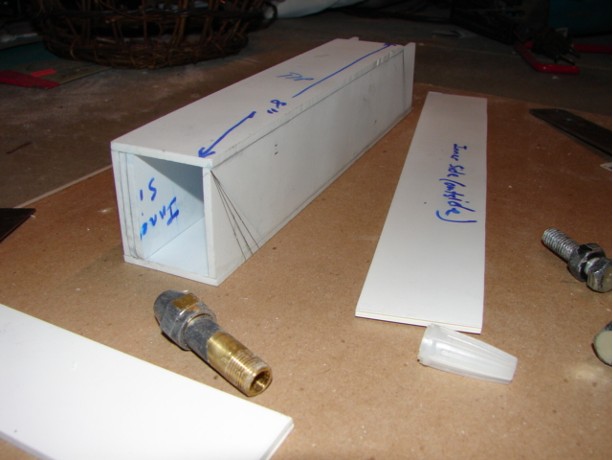 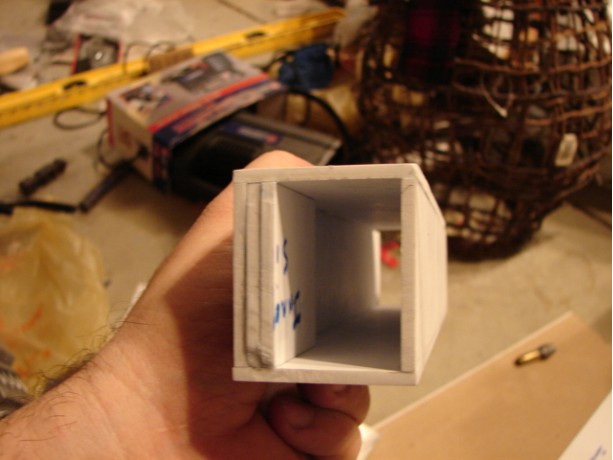 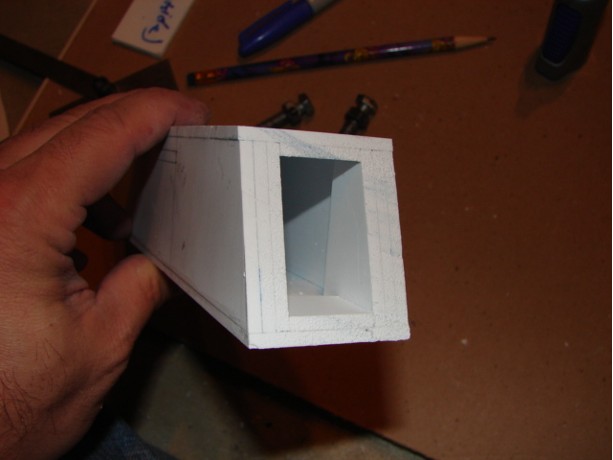 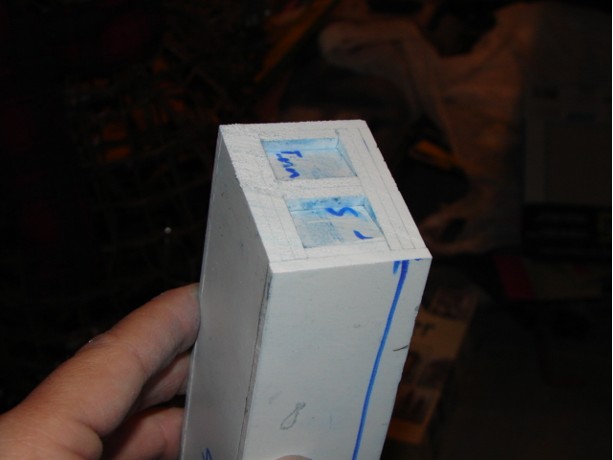 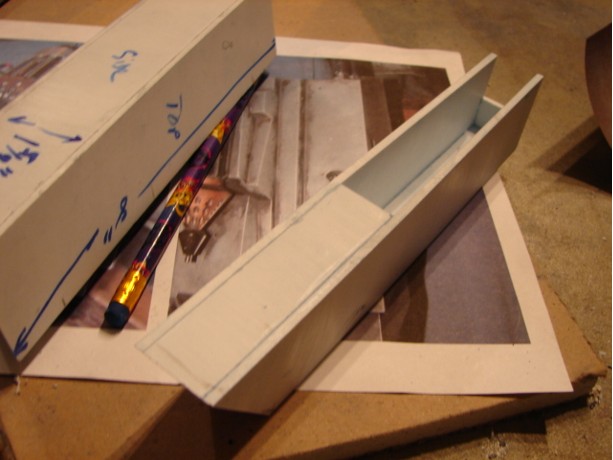 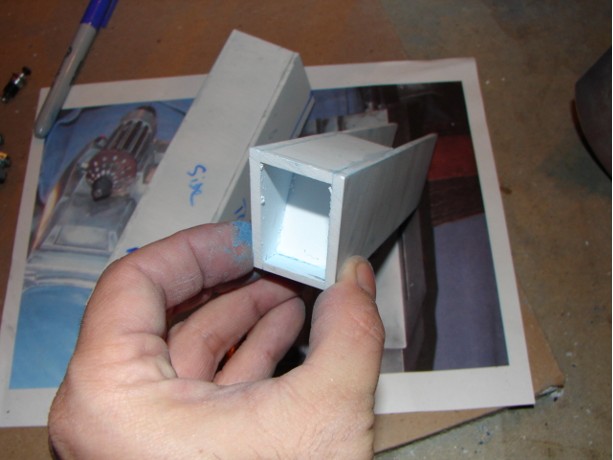 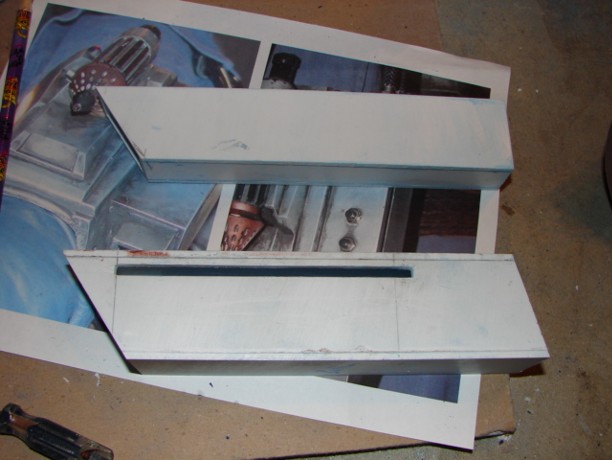 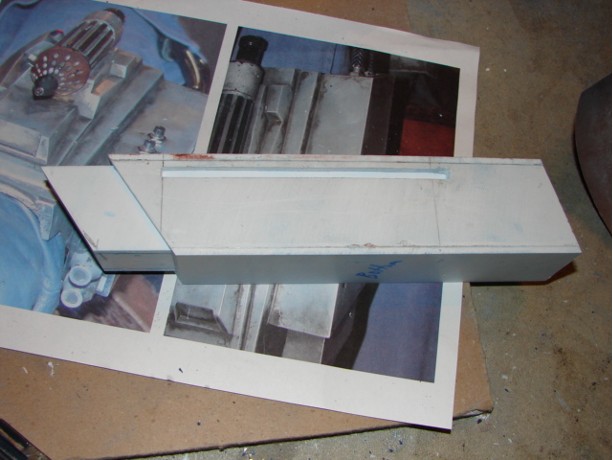 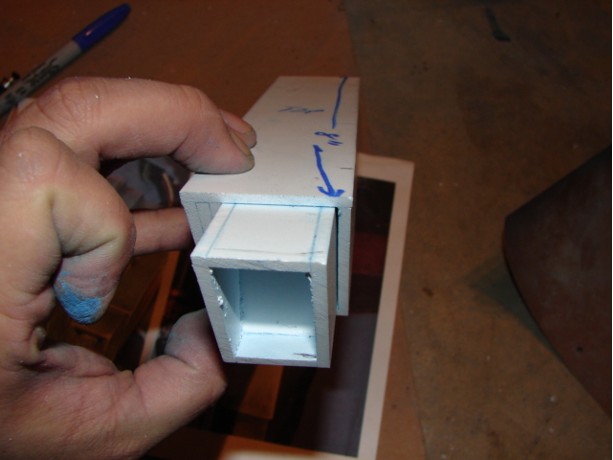 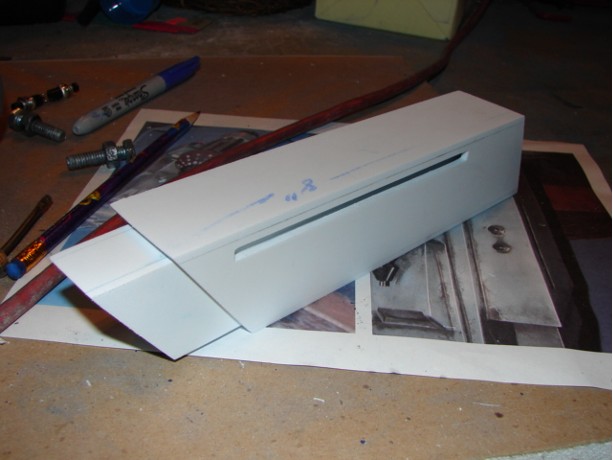 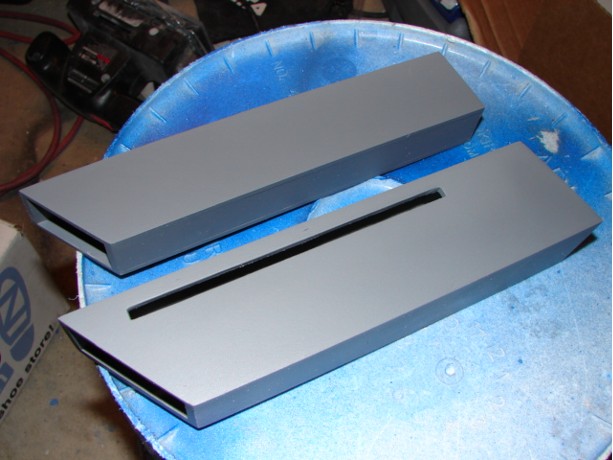 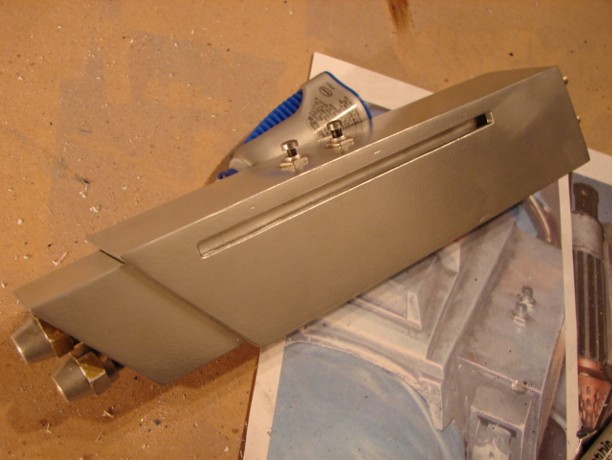 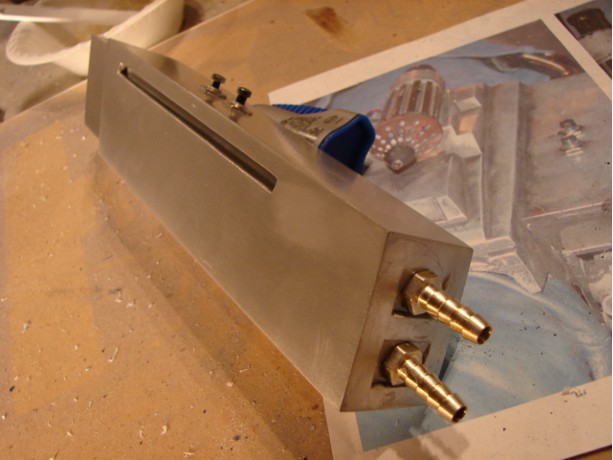 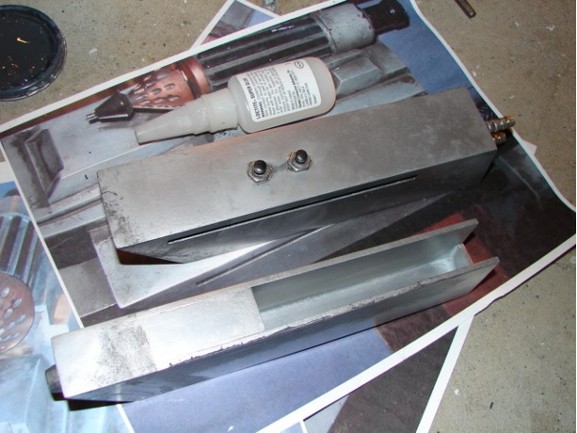 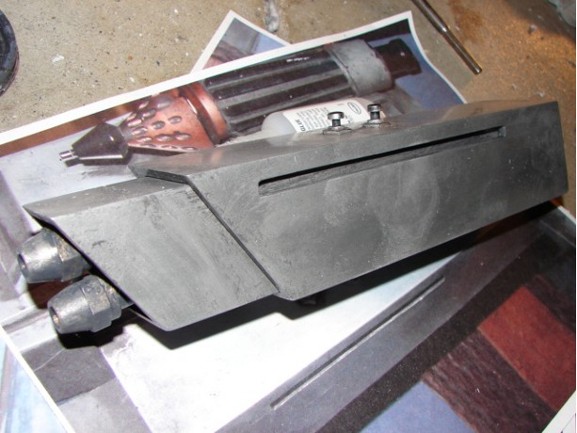 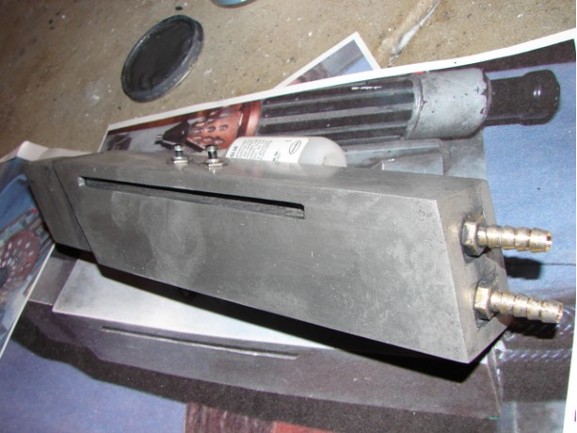 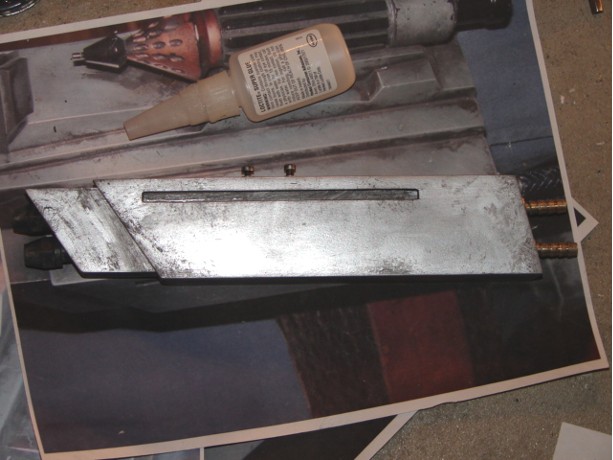 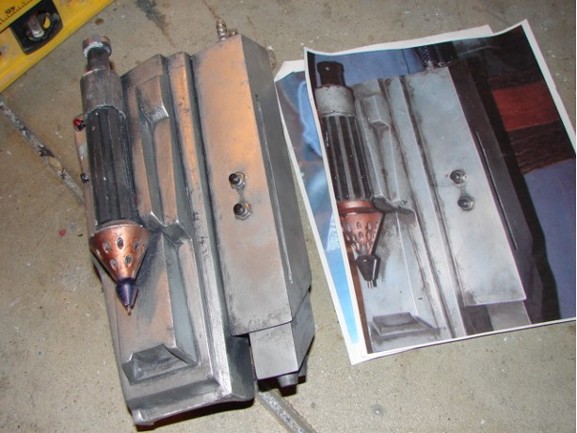 looks great! your a wildman!

Thanks Jango Newbie, I like to think of it as creative expressionism.

Man, it would have been good to see you there yesterday at Valley Children's Hospital, but another way cool TDHer, Scottrooper, did show up as a Scout and the kids loved it.

Cruzer I really like what you do ! Is ot possible to have the measures of your creation ??

it came out nice! is that rub n buff paint on it?

Lorenzo, you frequently scare me with your incredible work ethic and your thought to detail, aside from the little bits you mentioned this look absolutely perfect.

Cheers to you bro and you zealous knack for accuracy that continues to make me feel totally inadequate.lol:

Wow, very nice work! At first I thought you had actually figured a way to build in a "flame thrower" into your gauntlet. I've always wanted to be able to do that...just enough for effect and not like that ebay freak we saw last year.

Yowser! Thats amazing stuff!!! would you make any to sell? did you make a template or download someone's template?

Esilak, bro most of the measurements are in my head, so you'd have to come over with a twelve pack of Heinikens and some pork rinds to get them out and I would have made you one anyways by the time we were out of beer. But I do recall that all of the outside pieces were 1 5/8" wide and glued together so that the hight was 1/4" more than the width. And, the top length of the box is approximately 8". I"ll look into making a template, but geniuses like the Wizard are better at that kind of stuff than me.

SEEKER, that row of helmets is awesome. I can only hope to have a collection like that some day!! Thanks.

Goldenrod, yeah it's R&B over the finely sanded primer coat, and then weathered with grey paint.

Andy, that's even more of a compliment coming from an amazing artist as yourself. The only other obvious inaccuracy would have to be the length of the channel in the outer box, but that's as a result of the box getting away from me on the table saw when I was cutting it out. I'd be lying if I said it doesn't bother me.

Skaklen Fehl, if you ever figure out how to-I'm there, but then it'd probably have to be made out of aluminum ???8)

Solochaser, the only template is in my head, but I can offer you the same deal above as Eskilax!:cheers The only tools I used are a table saw and a sander and the process was fairly easy, but I might be able to whip up another one or two. Let me see what I can do.
Last edited by a moderator: Feb 5, 2006

I know of a guy who once had a little set up on his gaunt where he'd squeeze a little ball to fill a tube with lighter fluid or something to get a small burst of flame. I heard about it from a guy who is in my garrison. The guy who owns the Fett has been MIA for years so I have no idea how to contact him.

I hate you
T

"I see you have made your own Flamethrower Assembly. Your skills are now complete."

That rocks man! Great work! I thought at first that you were working on a working fmalethrower, and I was thinking that you were going to blow yourself up! But, alas, your still in one peice, making extremly nice Fett stuff! Great work!

very nice work! I will be making mine in about a week.