Well, after getting many many requests to do these ammo belts functional, I decieded to give it one more shot at figuring it out before I started my run. I have very good news. After getting together with a buddy of mine whos studying to be an engineer and another who is a student in college studying to be an architect. We spent the day together to make the accurated functional ammo belt that will be made of leather and other material. I finally got it. Went to go buy try out supplies and got the use of machinery at a college campus and I am very happy with the results. I will be cutting off the run interest I have in the other thread where its at now. The ones on it will get the new functional pouch at the current price reguardless of any extra cost. But after figuring pricing out with leather, extra supplies, renting time to use machinery at the campus, and to have alittle help. For any new orders a full ammo belt will run around $180-$200. That is if I get enough people interested in these things. I can get a price cut and keep them at around $200 if I make enough boxs to do 60 belts. I realaize i might not have enough people to do 60. But I may just pay the difference and buy enough to have on hand incase someone else asks later on in the next coming months or years. If not I will only be doing the 3 or 4 I need to do the ones I have on my list now. I know they are small pouches on the belt but its more work than I though. I would actually have a computer cutting out the material I am going to more than likey be using to make the boxes. Now keep in mind. A pouch box is 1 1/2"s x 1 1/2"s, and 3" tall. Most could fit some cash, keys, small phone, things of that sort. I wanted to know is that something you guys want? I know this might be in the wrong topic but I wanted to make sure everyone was aware of it. Because usally I have someone pm'ing me late because they didn't go in and read the other topics. Mods if you need to move this topic please do so, and I'm sorry. But if your interested in one of these functional belts pm me and I'll begin the new functional interest list in the same thread as my last run, just under functional section. thanks all. OH and I'll get pics of a new belt up as soon as I can. I know thats what everyone around here loves to see..
T

thats very great news, id like to see how you get it all together...good luck on the project!

Here is a progress thread I posted when I made my functional leather ammo belt. Let me know if you have any questions.

Has anyone tried plastic electrical boxes? They obviously need to be cut, but the height is only 3/16" too tall. A few minutes with a dremel and some epoxy and I had a test. The box is 22 cents and a sheet of acrylic is $1.58 but could do all 8 (or close to it). 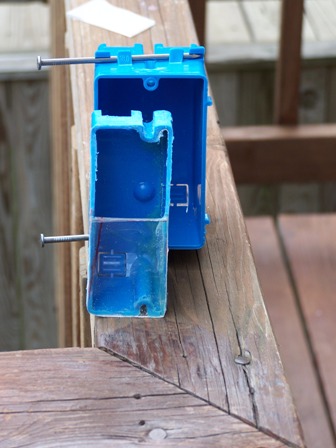 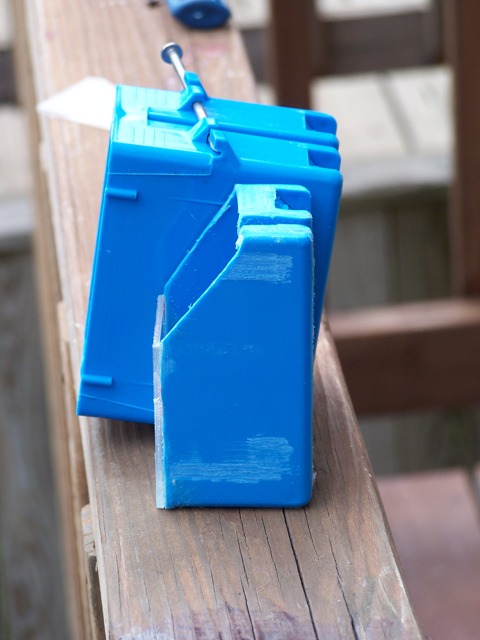