I contacted Fett Prop Artist in early July about a set of Boba Fett fiberglass armor for $180.00usd being his best set he offers. I sent him 3 payments, $40, $40, and $100.00. The last payment he received was on August 10. He said that I was 4th in line and would work on mine when he finished the others and that I would have it mid-September. I was like ok, that seems long to wait, but ok. Mid-September, still nothing. Sent him an email, asking about the armor, he said i would have it soon. Now October i sent him an email asking about it again, expressing the feeling of being coned. He said that he shipped it out a few days ago and not to worry. He said that I would have it by October and I would....even though it was already after October. When I received it, it was shipped from schubby's galactic props, someone on ebay that makes armor and sells it for $65usd. No offense to shubby, the armor is good for $65, not for $180. I emailed Fett props again asking about it, and he would not respond. Unfortunately for me, its too late for paypal to do anything about this matter, even though I received an item that isn't what it was said to be. I am very disappointed about this, especially from someone that is a member of the dented helmet. I have included pictures of the armor.

please not the neck piece and how small it is

the cod piece is for like a ten year old

Is this the guy who supposedly had his own website and was using pics of everyone elses stuff? Wasn't this the guy that got called on it, and couldn't provide proof of his build ups and work? All of a sudden he disappeared. Is this that guy?

He supposedly made me a Boba Fett vest, but it turned out that he just put in an order to Bobamaker, but it turns out that I got the best of him on that one by talking the price way down. Saved more money than I would have buying it straight from DAZ. The only good thing that happened when I dealt with him was that. The gauntlets that I got from him were a total piece, and it might be noted that they were ruffkin gauntlets that fett prop artist supposedly painted, not sure if that was true or not. I am not really sure what the guy was trying to accomplish.
J

man i feel your pain, im glad you posted pic so others wont make the same mistake. i was gonna buy from him but he up and left all of a sudden you should sell it (at a loss) and get something better. but thats just my thoughts

Wow, I was following the guy on all his posts. Man, that guy has balls eh? Thx for posting the pics...

Yeah enough balls to sell other peoples work and credit the work as his own. I knew that there was no way that someone could have so many diverse projects going on at the same time.

Thats awful. I hope that guy gets his comeuppance. If your looking for a good set of armor (my opinion), you should try wickedbeard. He paints it and it's made of metal. I actually have a set.
M

he did say that he was selling ruffkins, but never about the other stuff. but i just cant believe this is what i got for the price....and i am happy to put the pictures up for others to see. its the least i can do....and i am thinking of selling it. try and do some better damage to it and repaint it. here is a set of trashcan i made 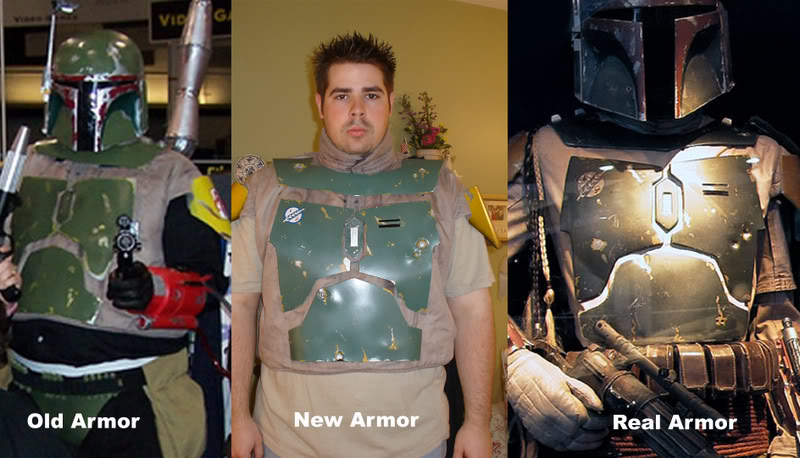 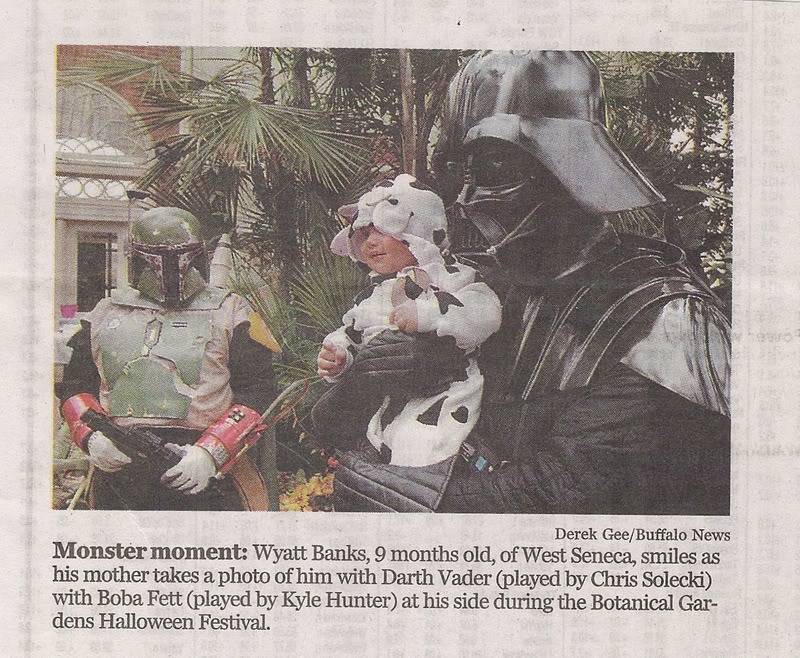 Notice how the missile changes size....hehe


what is really a bummer is that i just graduated high school in June, i just lost my job, looking for another one, and i am trying to go to college in January. but oh well, got coned by this guy and bloodsports....maybe i should just stop buying parts and keep making my own. My friend fosterkeri on the boards wants me to make him a jodo kast...so i guess i am gunna just keep working on making and maybe selling later on......

Don't lose faith, just don't buy from ebay. You can find everything here. If you want to know someone's credibility, do a search on their name.

man, that's rough. fett prop artist always worried me a bit... just seemed a bit... i dunno, shady? so he was basically just buying other peoples' stuff and marking it up? lame...

eventually you get to know the names to trust and the names not to. i remember early on wondering if that fettpride guy was any good

sorry you had to be the victim of this, but thanks for sharing the info!

oh, and on a totally different note, when i read the subject "Fett Props, Avoid Them", my first thought was "you know, that's probably not bad advice at all."

Sorry to hear you got conned. FPA did a number on us. He had me post links to him on my website too. That was until we all found out he was ripping other people off. I hope you manage to salvage something from this.

Yeah I knew that they were ruffkins to begin with, thats why I bought them, but the paint job that he did was total crap and I actually had to do the rest to make them look respectable.

I bought a set of RoTJ Gauntlets from him, before I read he was a bit shady. It took 3 months to get them, and they were made of thin abs or styrene. Not the quality I expected.
Last edited by a moderator: Nov 1, 2006

that sucks bro...man that guy needs to be taught a lesson by like 85 boba fetts.....i mean al you guys!
just show up at his house one day...and WATCHA NINJA STYLE
G

Jango newbie said:
Is this the guy who supposedly had his own website and was using pics of everyone elses stuff? Wasn't this the guy that got called on it, and couldn't provide proof of his build ups and work? All of a sudden he disappeared. Is this that guy?
Click to expand...

Yeah, I called him on it a while ago when he was promoting his site. He claimed that his armour was made directly from the WOF templates but did not have the permission to use them. The pictures he posted of his armour were Fettpride Armour I believe... he left TDH by choice and not by force.

That armour he sold you looks like ebay armour... I wouldn't be surprised if he bought it straight from ebay and sold it to you. I make armour and I put a lot of work into what I do, if a customer isn't satisified, I feel like I failed and try to fix the problem any way possible.
B

We should find out who he really is.

Unfortunately, I did business with him back in July. He bought some of my old MB armor and a BN vest.

I've got his info though--he paid through paypal. So if anyone wants to go visit him....

LOL that would be a suprise for him. When I ordered a few things from him it took forever to get it. I hounded him with email after email with his promises that the stuff was in the mail. Well it did eventually get in the mail after I told him I was about to open up a dispute with Paypal.