First of all, this is my first post on this forum and my first costume I've ever done, period. I've been completely dark on on this forum except for a few comments on the Cargo Hold. I've tried to do all the homework here that I could and after painting my helmet and armor, I decided I'd like to share what I've got so far! I also have a few questions as well that I could use some help with.

Let's start with the helmet. I bought the shell off of a guy in Tennessee on eBay before I ever knew what the hell I was doing. After doing some research, it sounds like he kind of has a bad rep on this forum, however the shell I received was clean, bubble free, and actually quite nice. I think the cheeks are a little more "sunken in" than other shells I've seen but for the most part I'm happy. I applied my own physical damage with a Dremel. I think I'll start over with a Wasted Fett shell once I've finished the whole costume. I used little Chicago screws to affix the visor. I sell metal for a living so I made my own rangefinder stalk out of 1/4" 5052 aluminum because the cast stalk that came with the shell was not so nice. The rangefinder itself is Bobamaker. I still have some fitting and weathering to do on the rangefinder and might make a V2 of the stalk but overall I'm happy with it.

As for the paint, I bought an airbrush kit on Amazon and quickly realized the gun was garbage so I invested in an Iwata gun and couldn't be happier with it. I used all Humbrol enamel paint and thinner and the Rafal Works stencils. I started with the back panels, then the center back, then the dome/lower cheeks, then upper cheeks, then mandibles, and finally the ears. I have some small detail work to do as well as the dental files but it's 98% finished. Honestly, I actually "visually" transferred the stencils because they didn't fit the helmet exactly so the spacing and sizing is off in a few places. I think I could also have actually applied "scratches" rather than liquid masked them out. I'm happy with it for my first attempt but I know I can do better next time.

The armor in V3 Bobamaker. I'm wondering if the final color is a little on the light side? I've seen some reference pictures that make the armor look a bit darker but overall I think it might be okay. The lighting in a lot of those pictures is kind of off. I did have to cut out a section of the kidney plate and shorten it after I painted the armor and fit it (32" waist). It seemed wide to begin with but being a novice, I didn't think to do it before hand. So yes, I will need to paint the rivet heads. I'm also wondering if I have to put a white "part" in the center of the center chest diamond or paint it white? If someone could point me in the right direction on that, I'd greatly appreciate it. The studs need to be painted or I'll just order MachineCraft ones. I still need to paint the ends off the knee launchers and affix the elastic bands. The vest is Bobamaker (still needs weathering obviously) and the armor is attached to it with 1/2"x1/8" - 6lb pull magnets which I think worked out really well!

Other stuff I don't have pictures of are my Arkady flight suit, Man of War balaclava, Mike M. gloves, and RS Prop Masters boots. All are awaiting weathering.

I have my cape, braids, ammo belt, and girth belt on order with Woodman. I also have my gauntlets on order with Wasted Fett. The jetpack has been a point of contention. I ordered an Anovos jetpack at WonderCon from Scott Kauffman the weekend it was unveiled. I know what you're thinking, and yes after the first "delay" email, I got nervous and ordered a Bobamaker jetpack as backup even though Anovos customer support "assured" me that the jetpack would ship "on schedule". As for a blaster, I'm on the interest list for a Stormrider/Iconic Props EE3.

Anyway, I'm trying to get this all wrapped up for Star Wars Celebration in April. Let me know what you think and any critiques, comments, and compliments would be greatly appreciated! 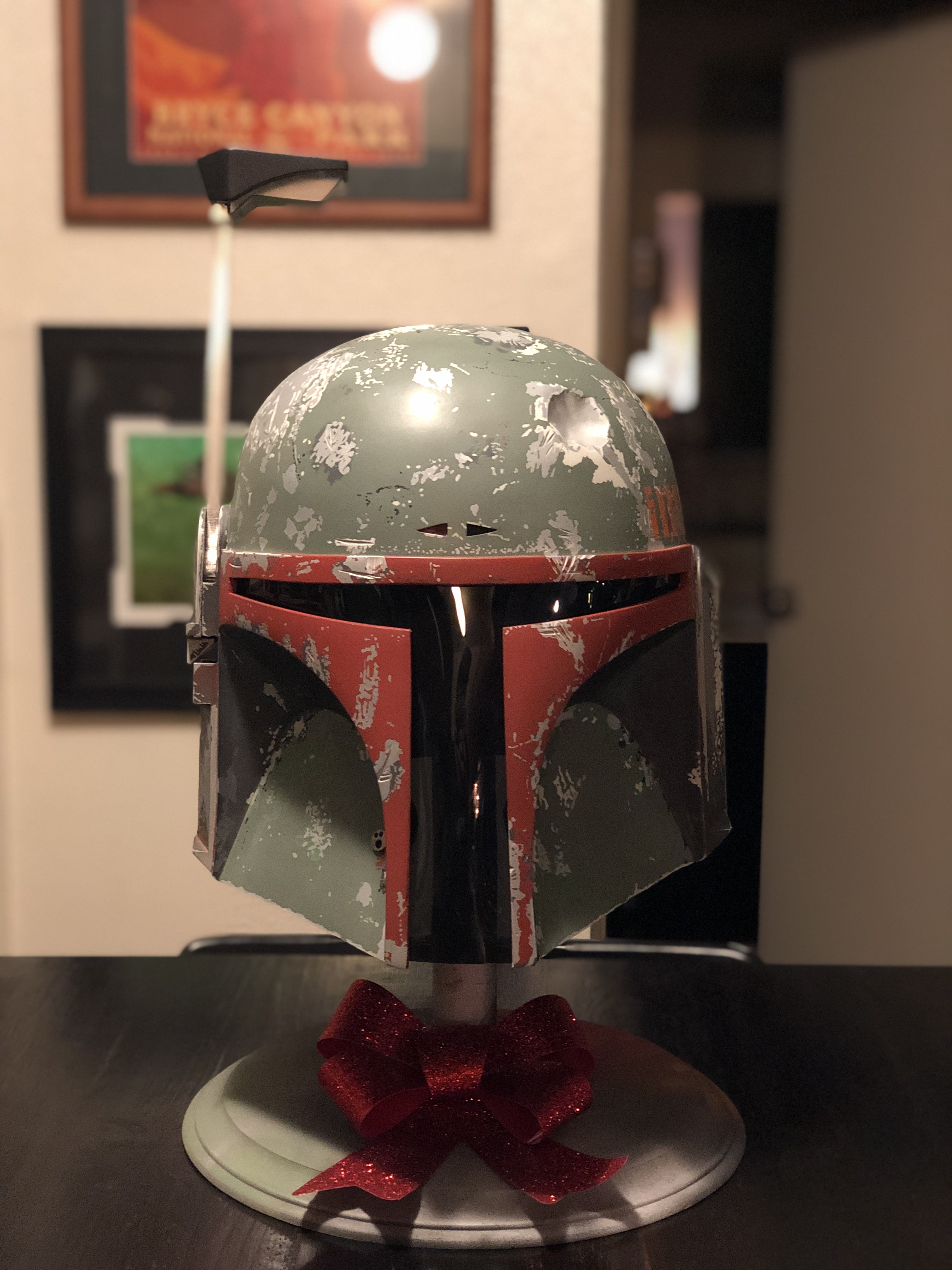 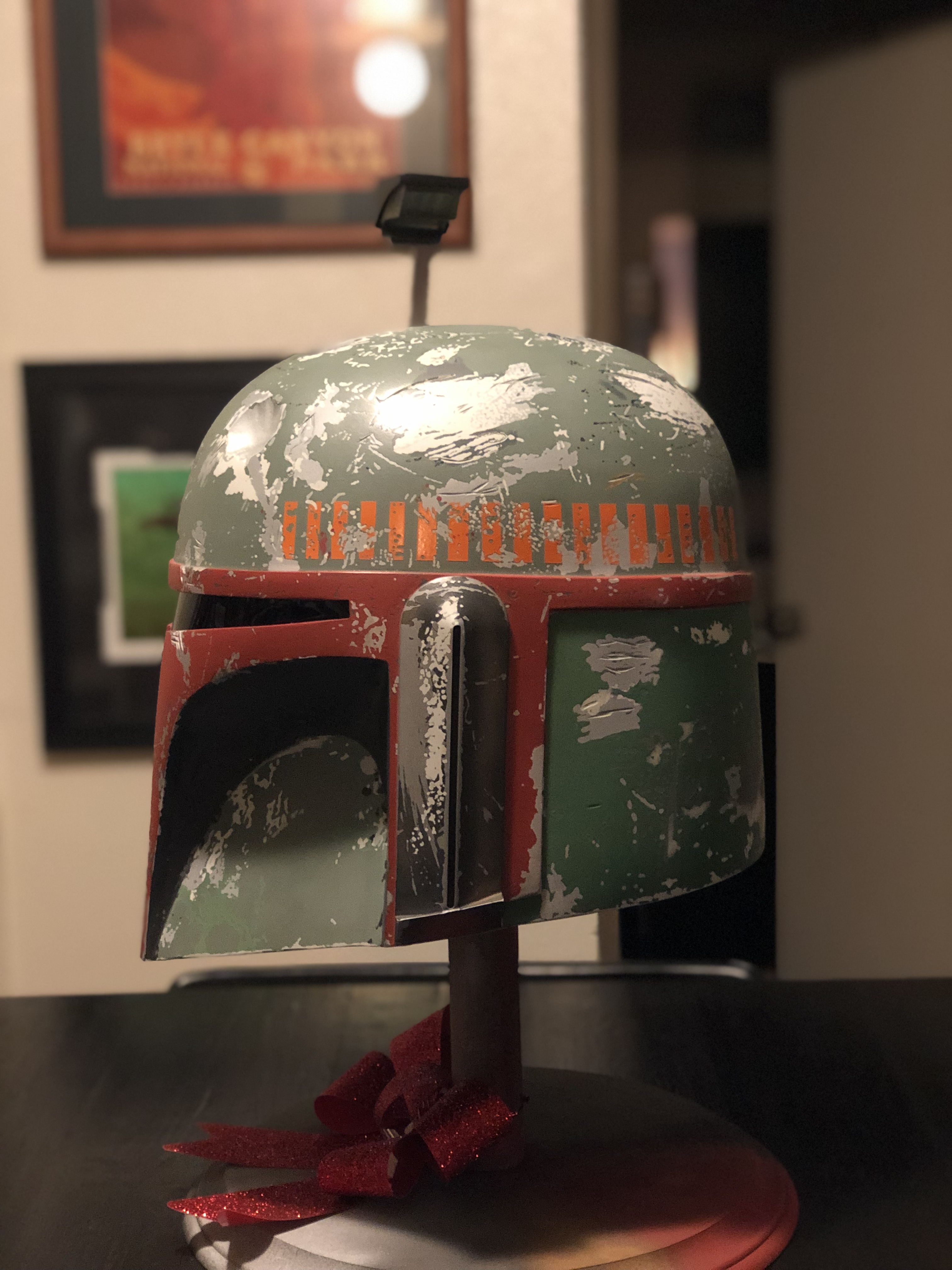 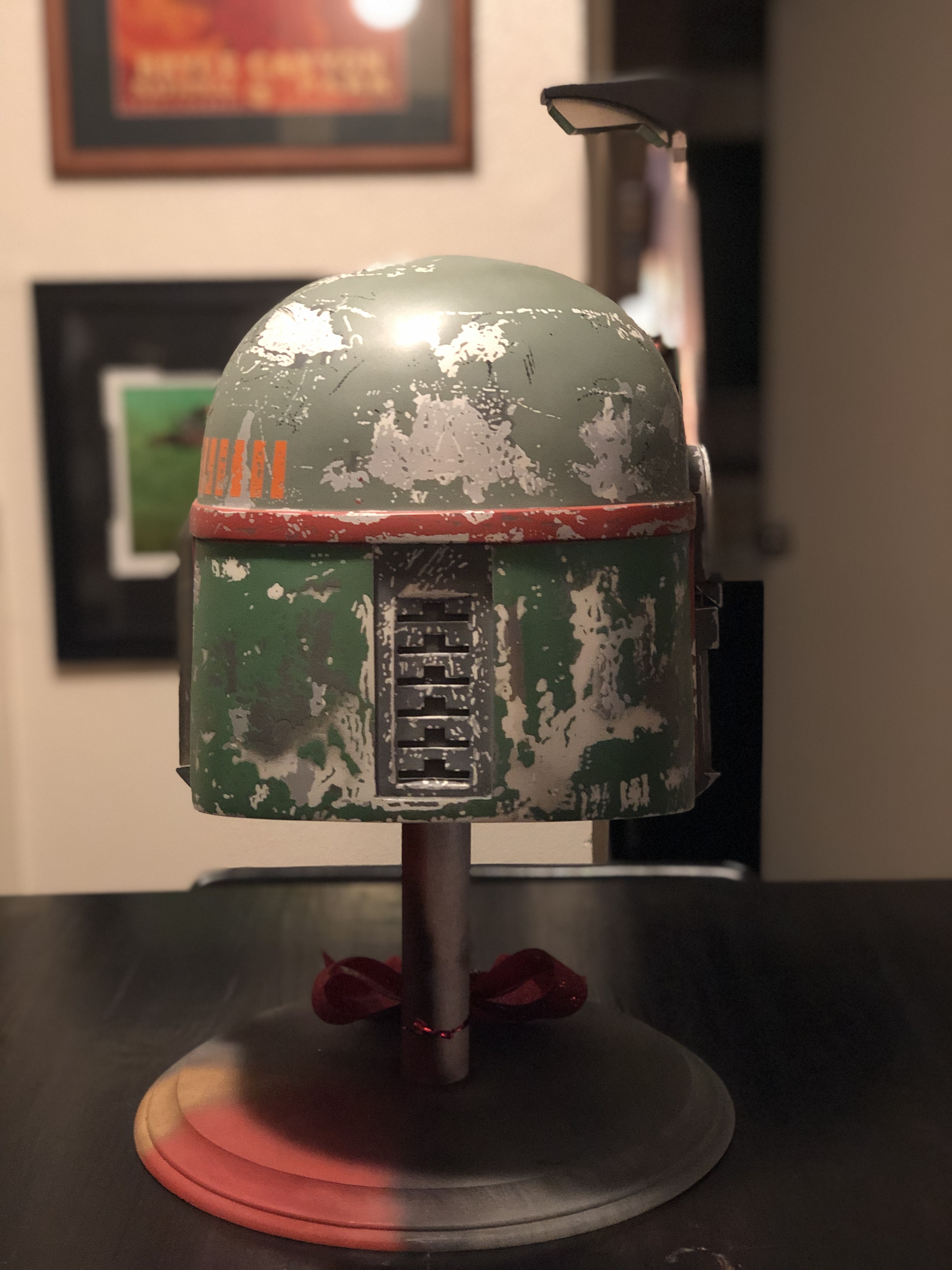 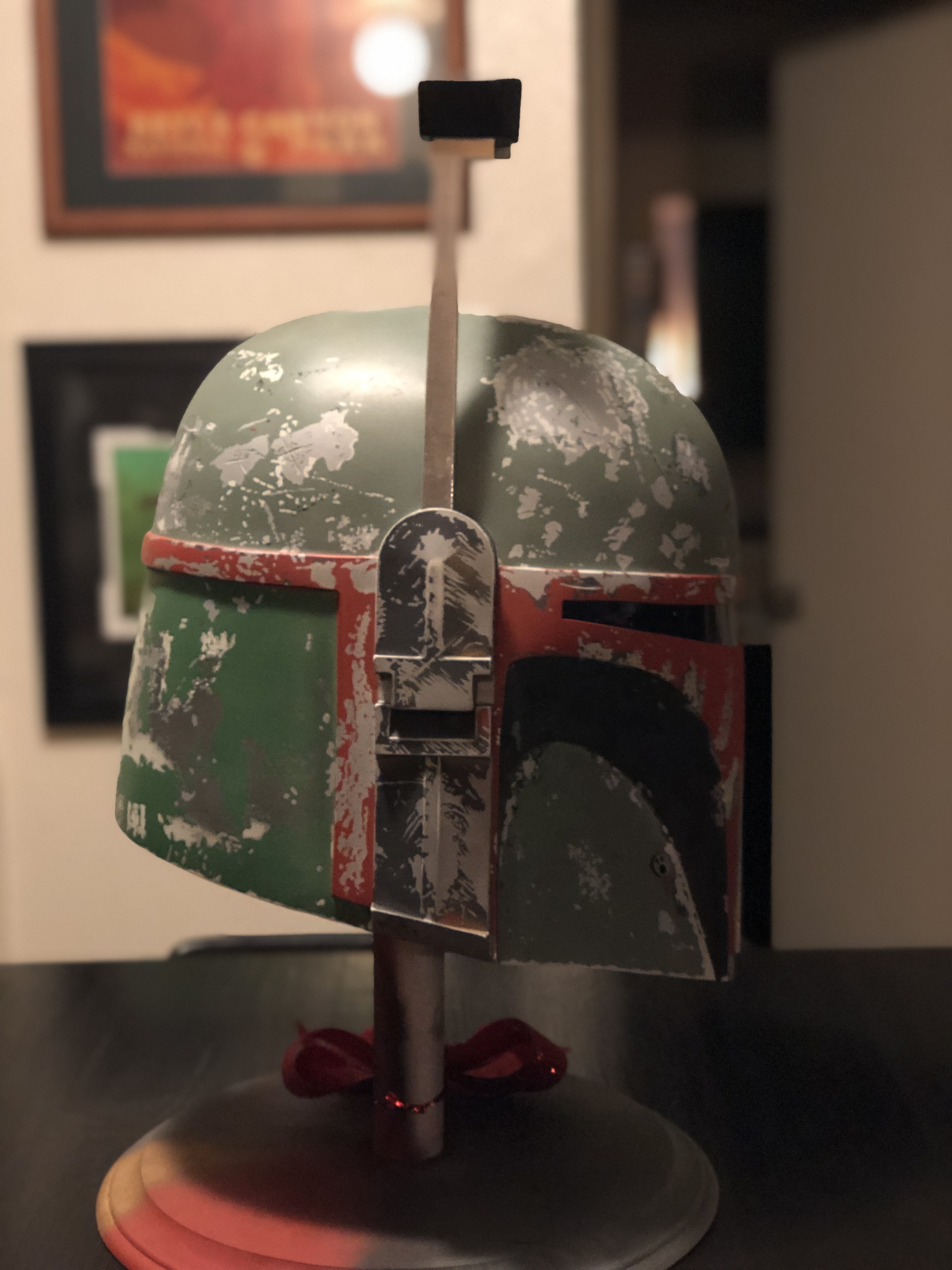 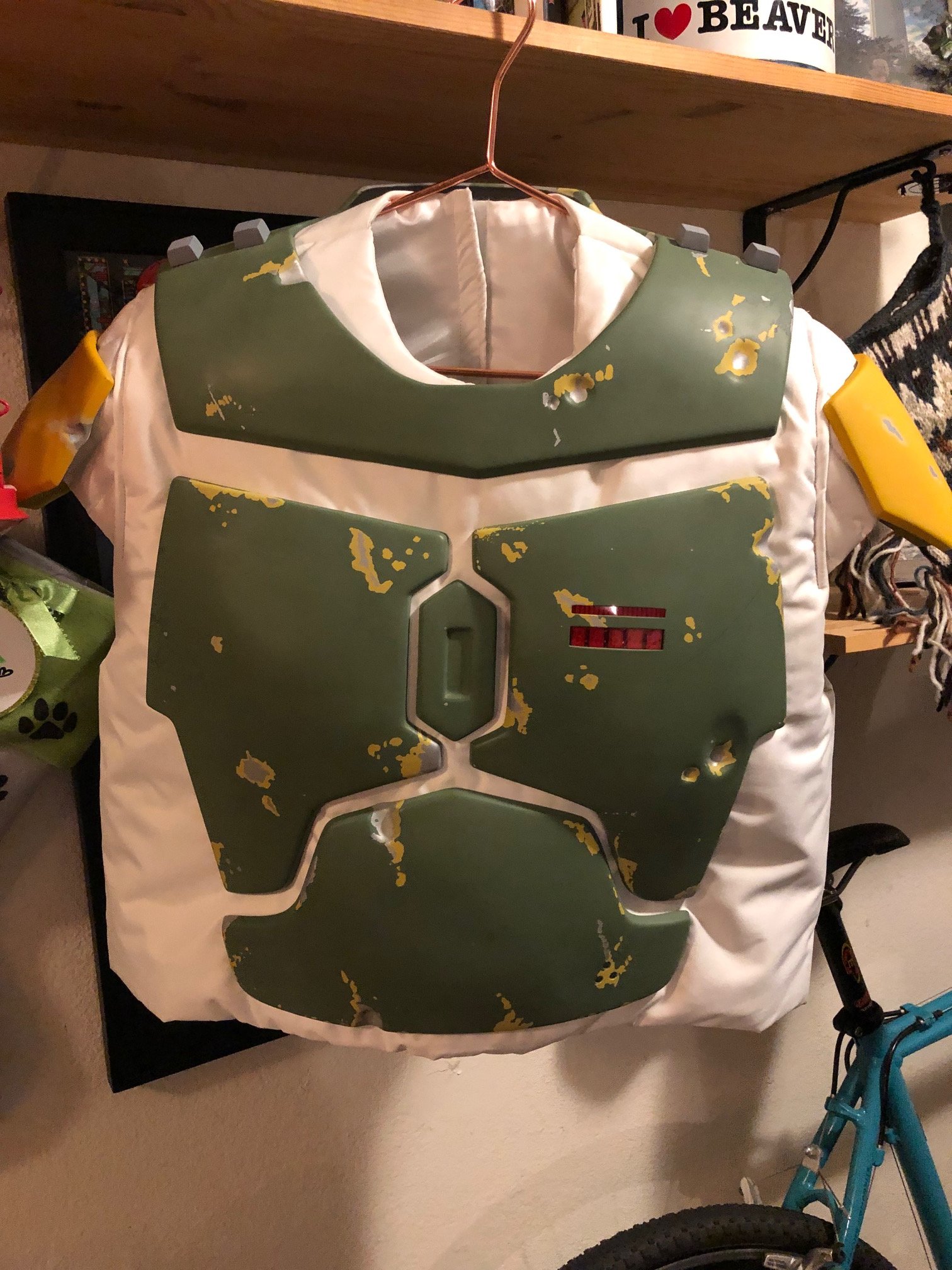 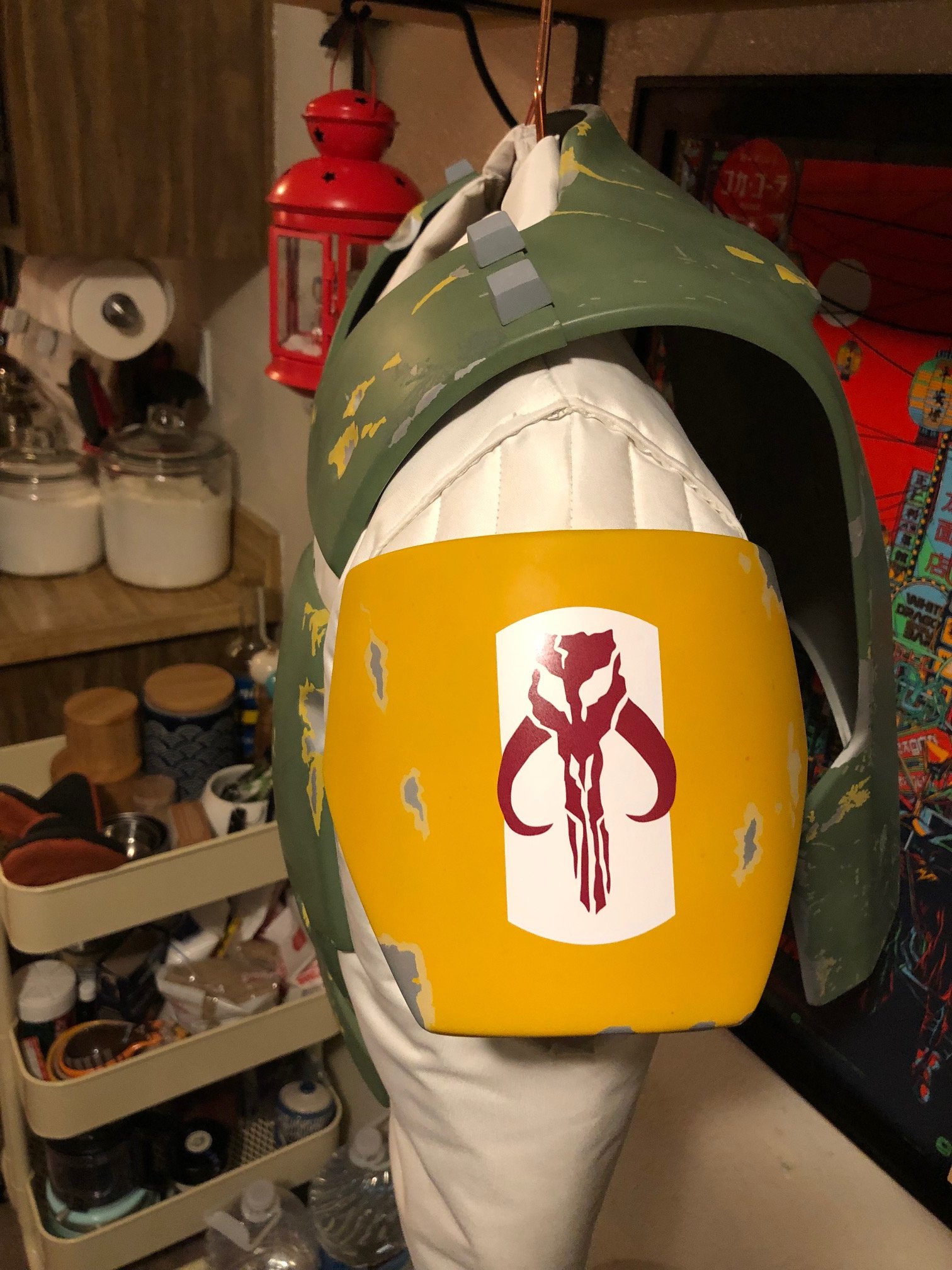 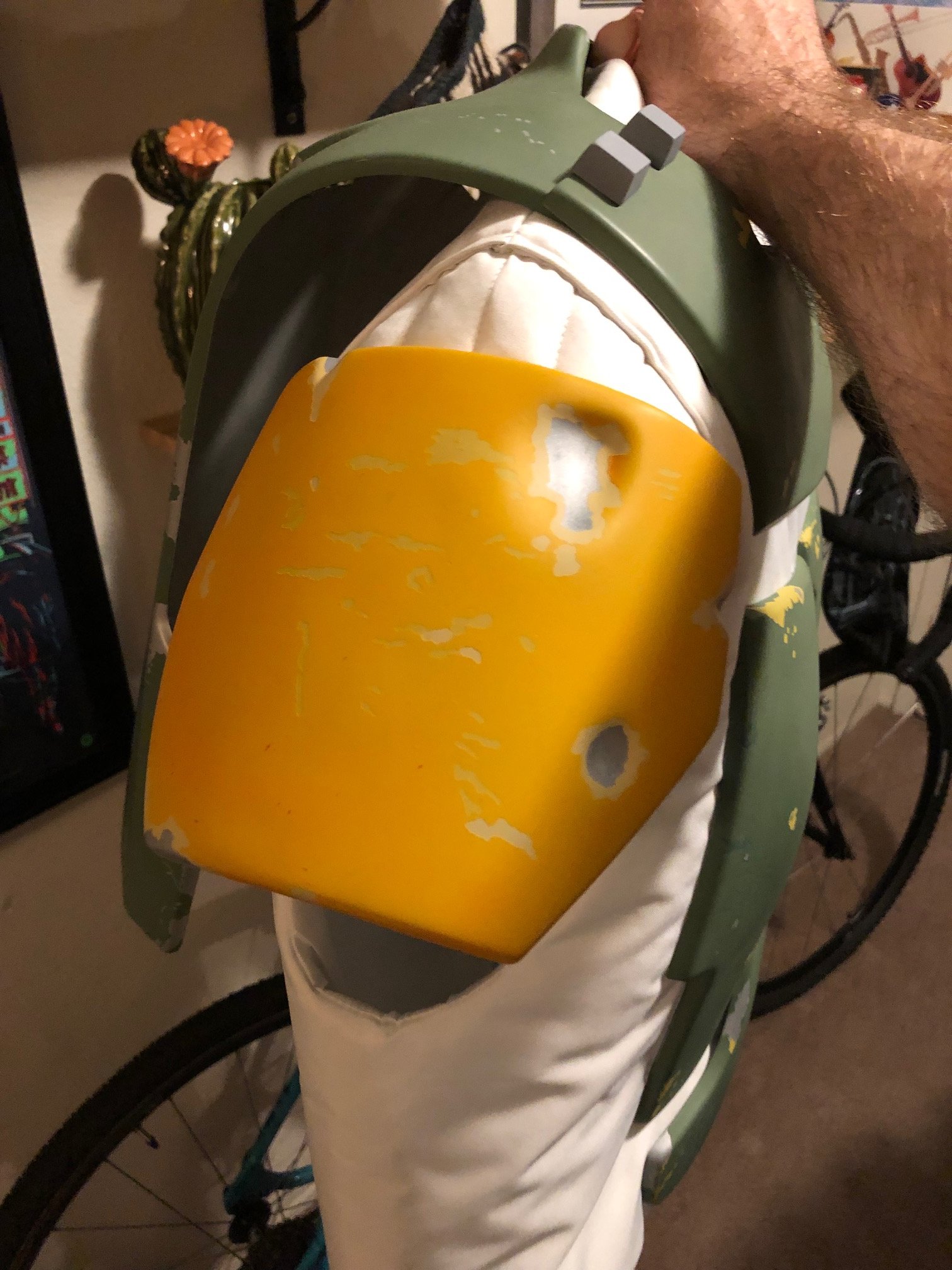 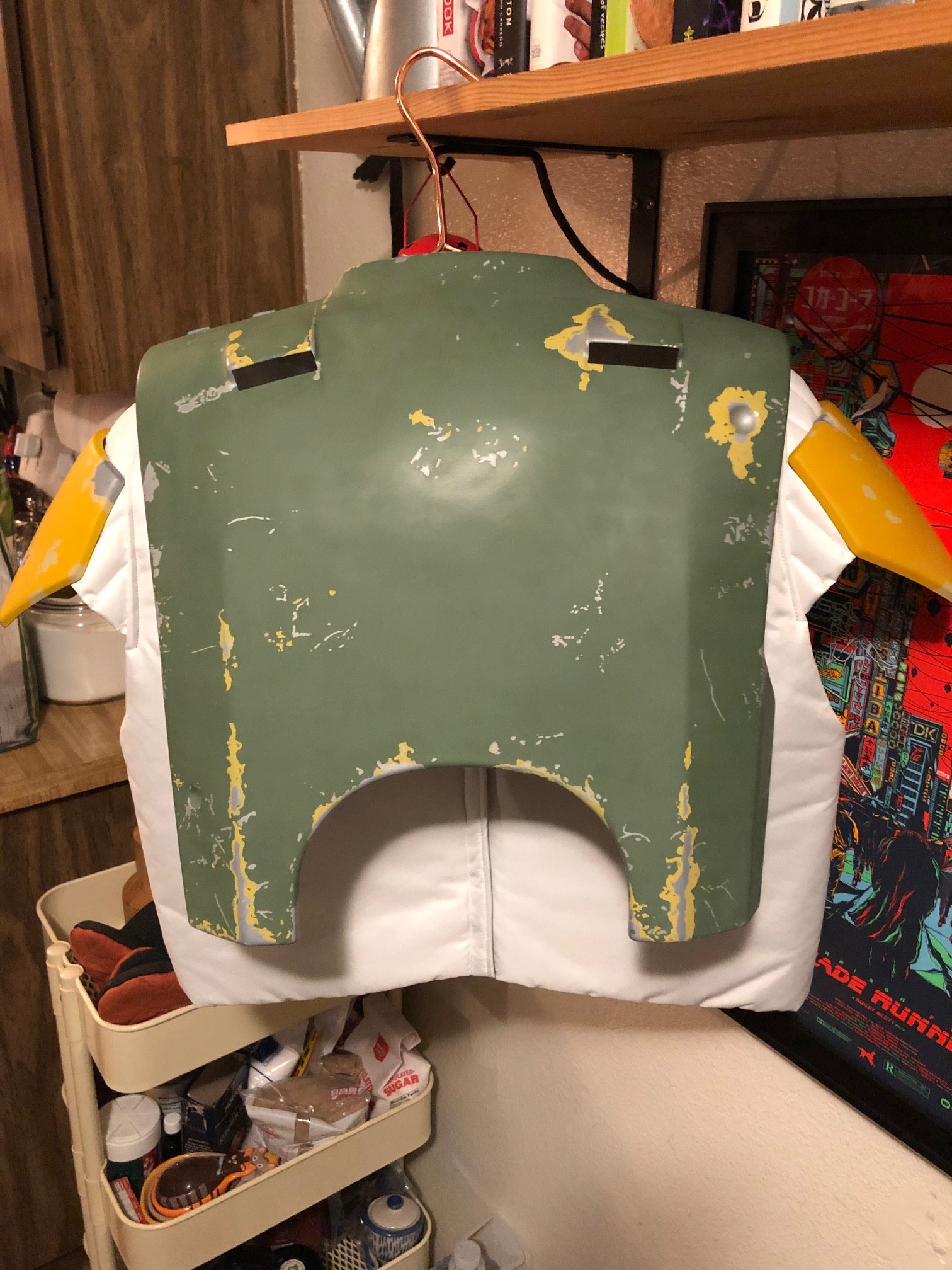 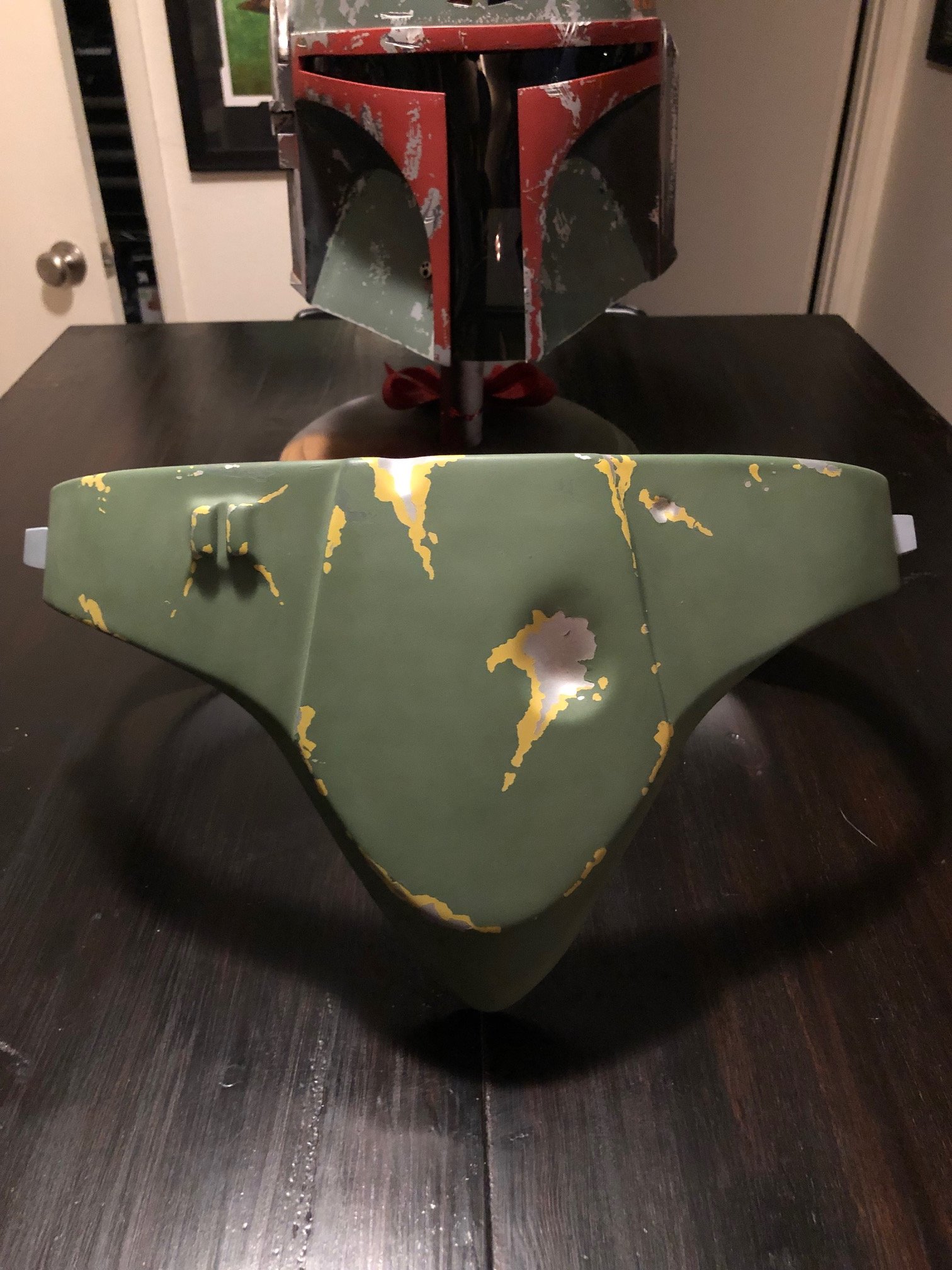 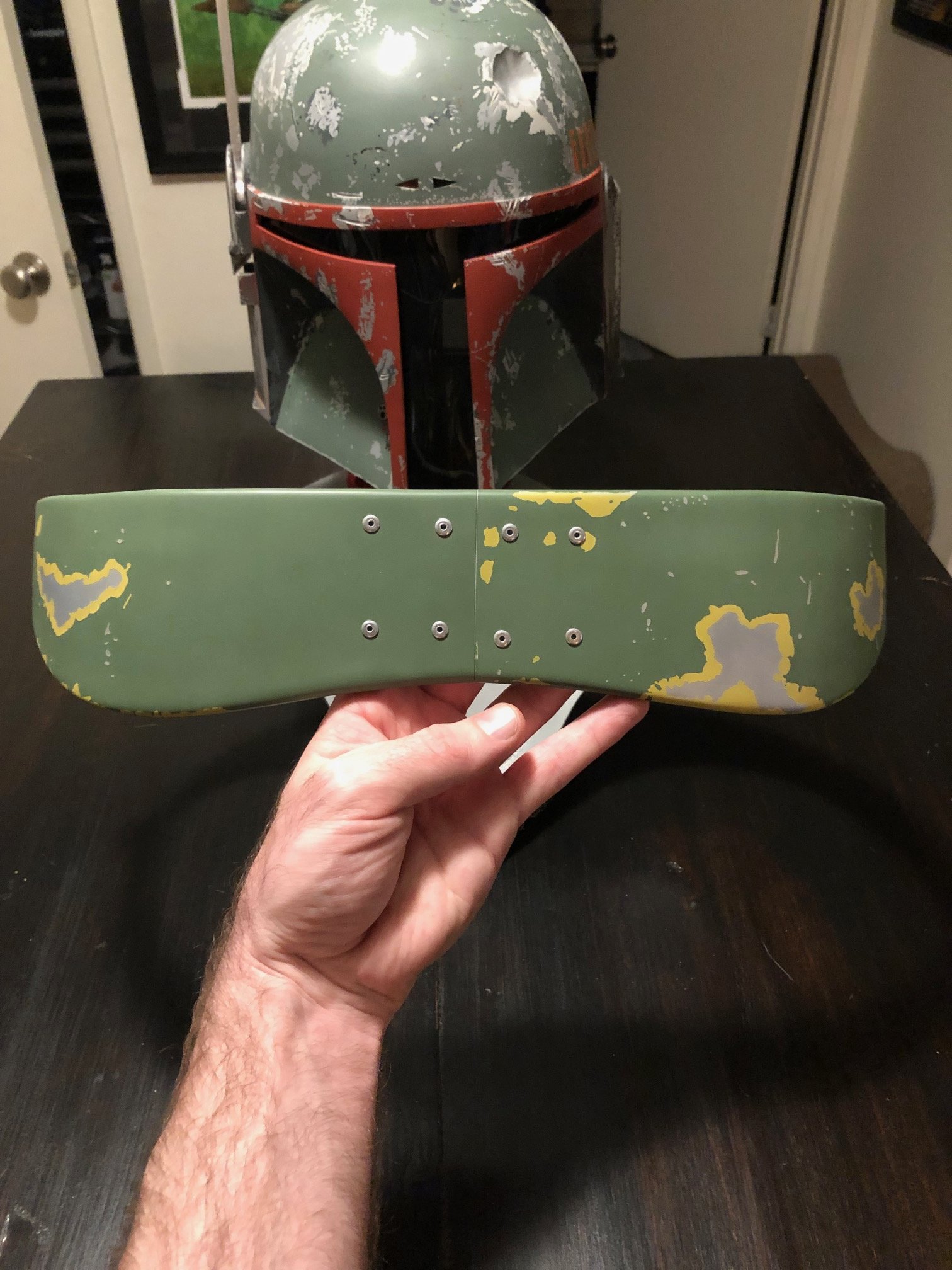 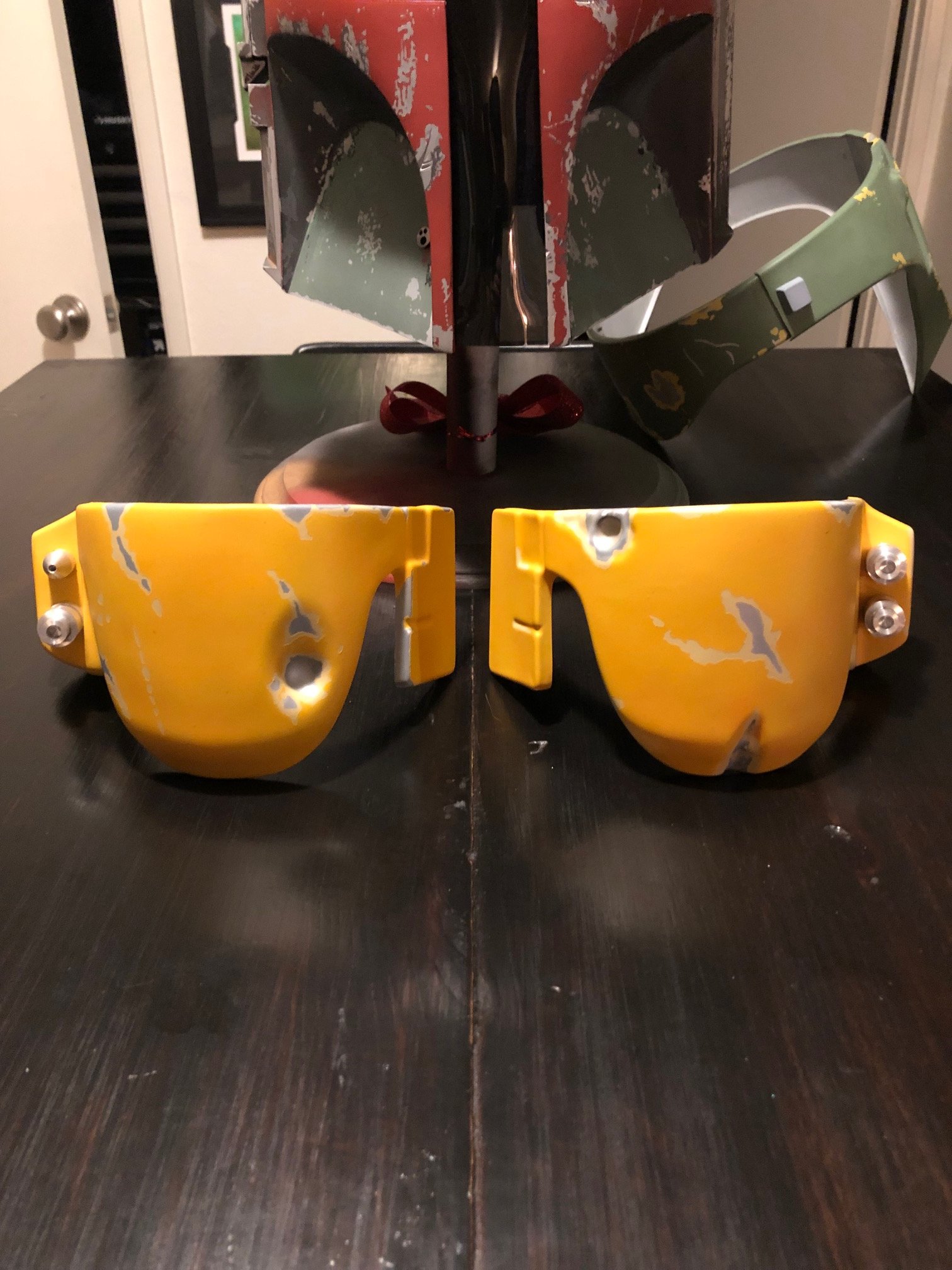 Thursday at 9:01 AM
spicy fett