So I have been seeing a lot of ESB Fett pics where the armor is much lighter looking than the Pantone PMS 175-15 C color shown in the 501st legion databank. The colors I've been seeing are closer to what is used on the Dome and cheeks of the helmet. It seems most kits I've seen use a variation of lighter greens with some darker green mixed in somehow and was curious if that's the norm. I know the right breast plate is supposed to be darker, but kits I've been seeing seem much lighter. I would like some guidance on that if possible as I painted mine and they look darker than kits I'm seeing. They still need weathering, and the lighting obviously affects it somewhat but wanted to make sure my armor looks ok. Disregard the helmet, it was a practice run. Have since bought the Wasted Fett Fugly. Thanks guys 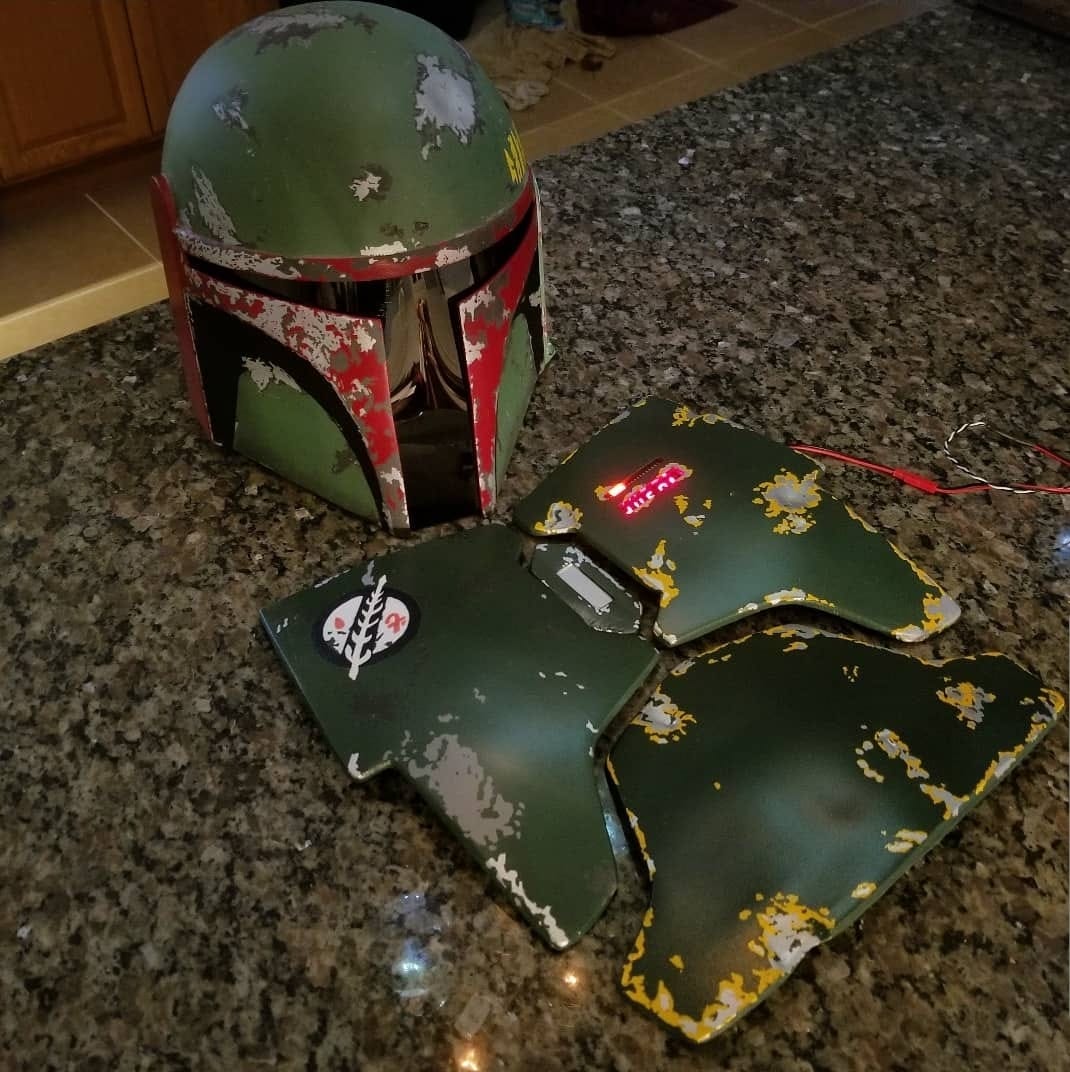