Has someone experience with this helmet? Is it a good buy? Or is another helmet recommended?

I'd be glad to help, can we see a picture of what you are planning to buy?

Well, i couldnt wait.. so i bought an FPH2 ESB helmet.. i think that is a good buy

Agreed. Good buy. Just wanted to make sure you weren't buying an old version of the BM helmet lol. Good choice going with the fph2

TDH PREMIUM MEMBER
Wybah
I know I'm a bit late, but just wanted to chime in. And just to preface this, I went after the ROTJ variant. Just an FYI that the VX variant of the Boba Maker helmet is his latest iteration for both the ESB and ROTJ variants. It was released summer of last year I believe. I know this because I ordered his V4 helmet back in January of 2020 and when the V4 bucket was shipped to me it sustained a couple cracks on its journey to me, which I received it in June of 2020. 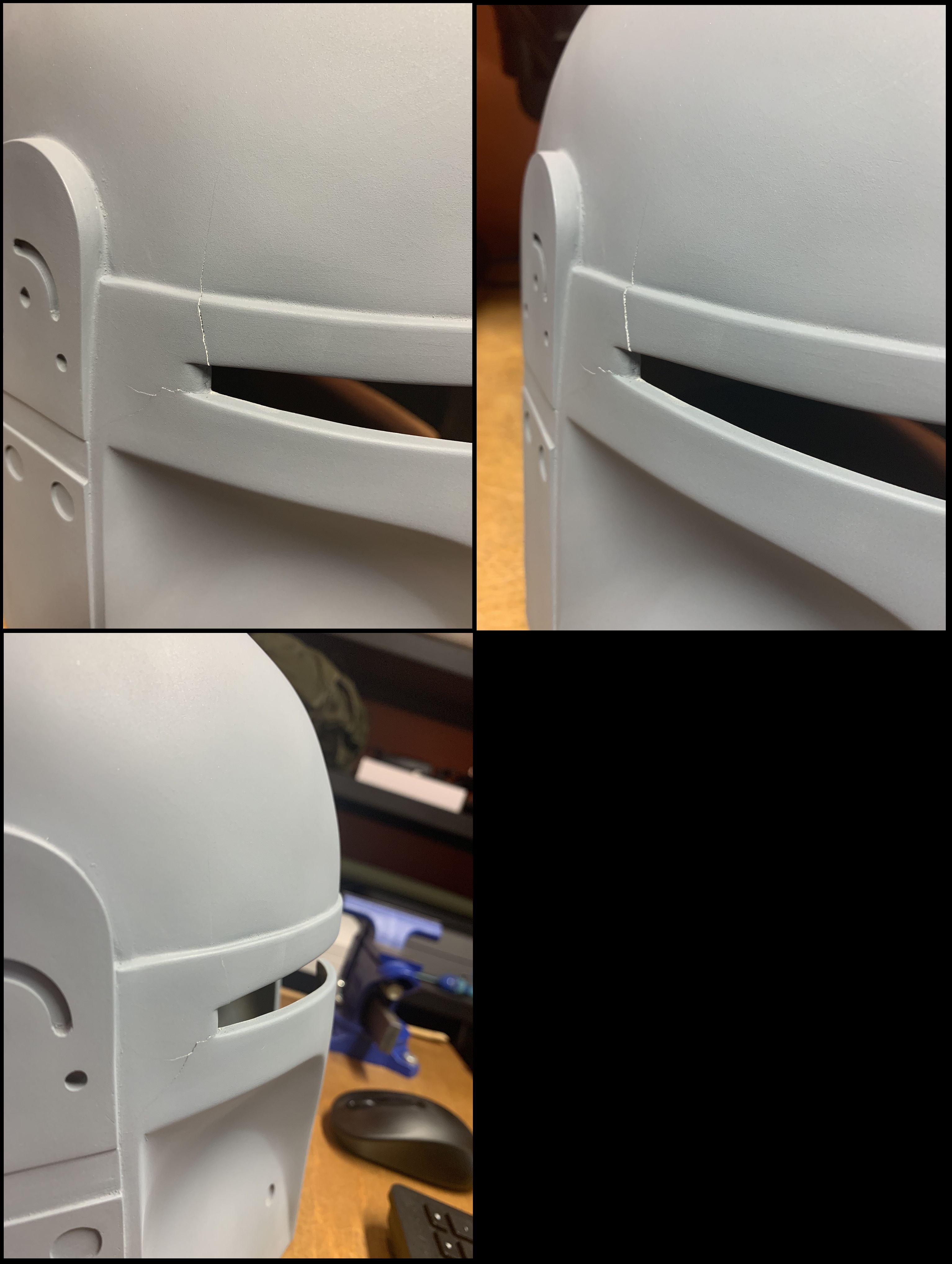 After talking with Daz (Boba Maker) about this unfortunte incident he agreed to have another one recasted and shipped back out to me! He then replied a couple weeks later and asked if I wanted in on his VX variant of the ROTJ helmet. It had been awhile since logging onto his site but when I did, I took a look at his newer and updated VX bucket. I noted there are some major advantages in going with the VX as opposed to his retired V4. 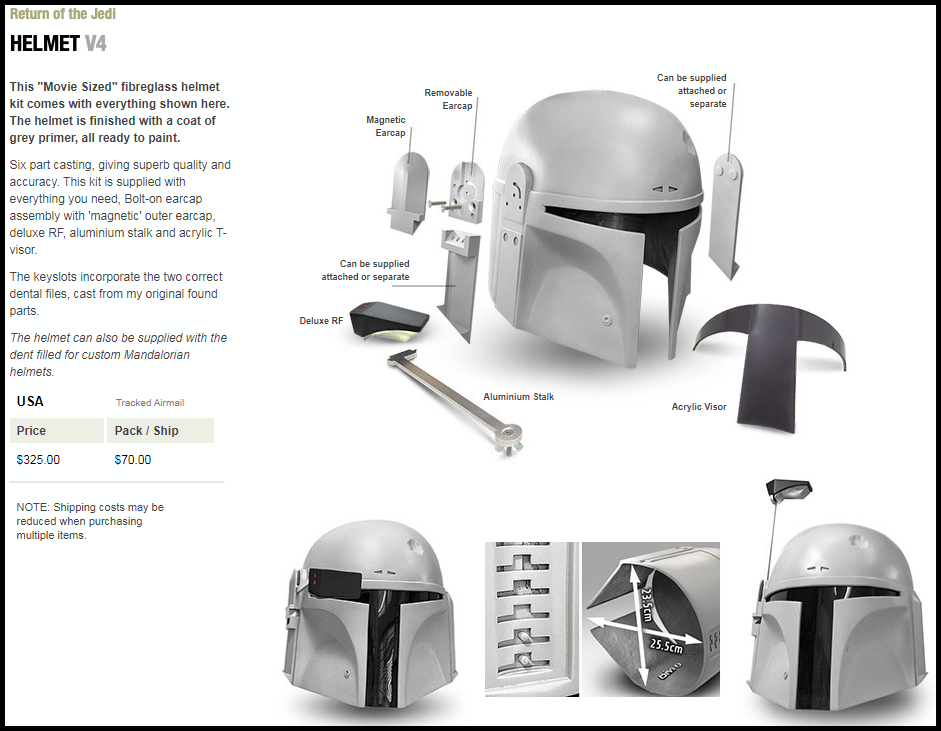 And here is his VX offering.... 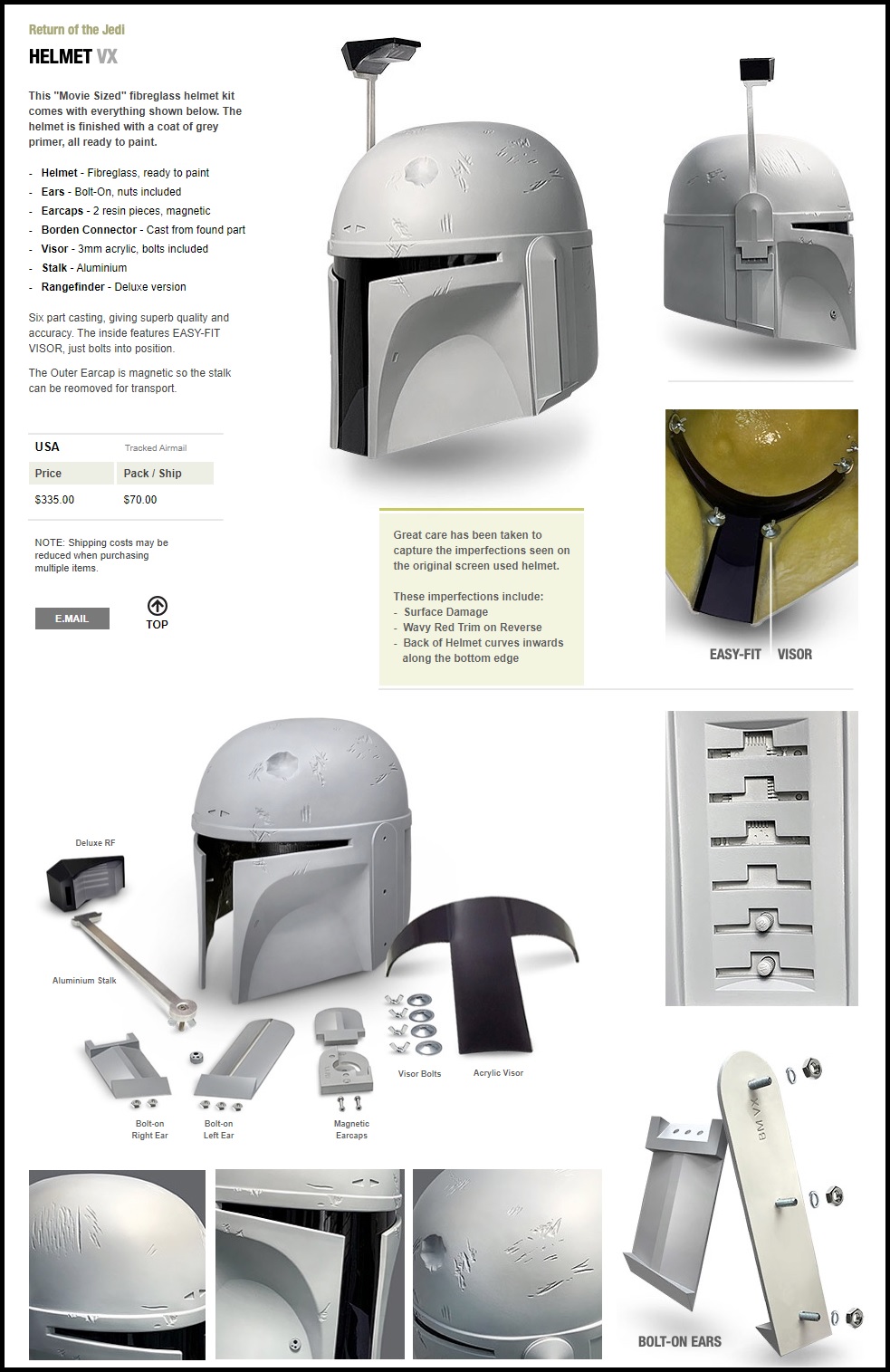 Notably is the new physical scratch markings that are on this new bucket. Also the added bonus of it coming with a way to secure the T-Visor, which I can tell you holds up nicely. Daz has been an absolute pleasure to deal with and has always been incedibly responsive to any questions I've had. I could usually get a reply back from him within 24 hours.

I know Boba Maker is one of the more spendy options out there - but he is highly respected amongst this community and his wares are top shelf in my eyes. Plus he includes alot of extras that for me, has cut down on time spent researching and attempting to acquire those parts, not to mention that when you get his stuff....it's ready to be painted! I got Boba Makers Full Armor set and just paid for his Jetpack, which I'm overly excited to get my hands on!

But here is the VX Helmet that I got from Boba Maker last fall..... 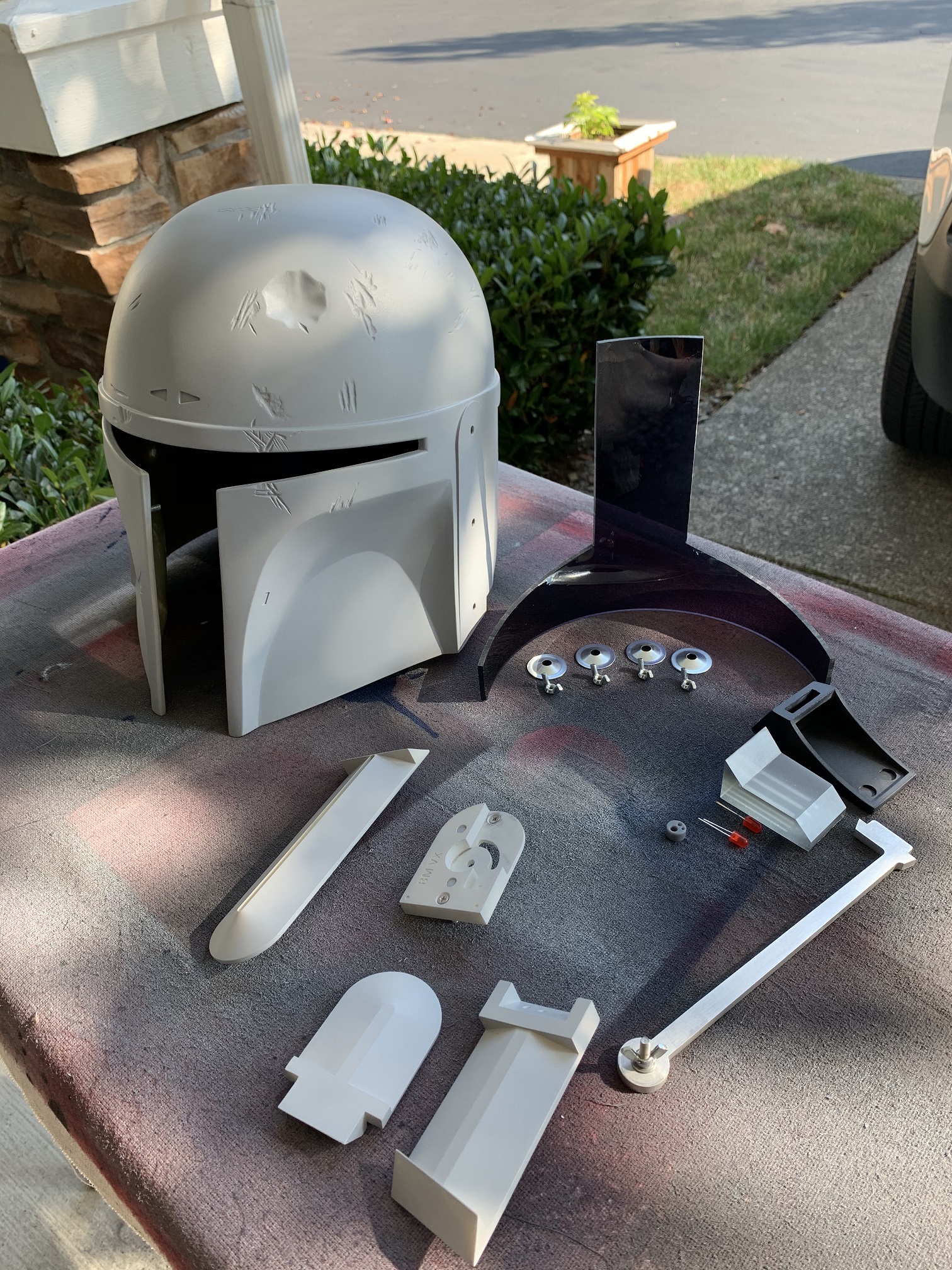 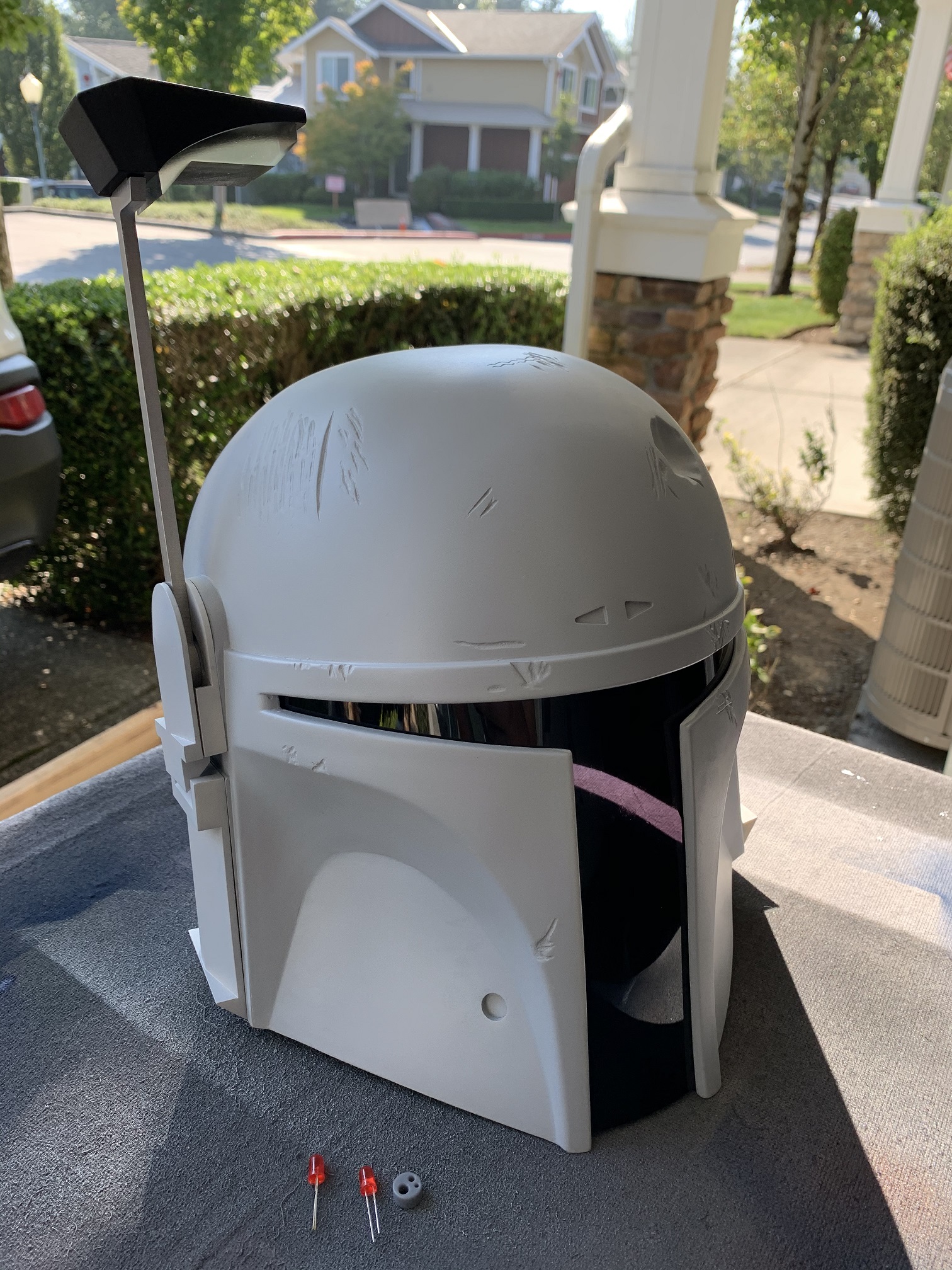 My two cents anyways! Have fun with your build.

Thank you for the information! I think the info will also help others!

It is a fine looking helmet, a little more expensive dan the FPH2, but that doesnt matter.

Maybe someone can write the same type of comment you wrote about the FPH2 helmet (or another helmet)?

At the moment i ordered the ESB Armor and FPH2 ESB helmet from WF, cant wait to get my hands on it haha.. thinking about making a WIP thread

Wybah said:
Thank you for the information! I think the info will also help others!

It is a fine looking helmet, a little more expensive dan the FPH2, but that doesnt matter.

Maybe someone can write the same type of comment you wrote about the FPH2 helmet (or another helmet)?

At the moment i ordered the ESB Armor and FPH2 ESB helmet from WF, cant wait to get my hands on it haha.. thinking about making a WIP thread
Click to expand...

Wybah
Your most welcome - just ones humble opinion. Boba Maker's stuff has that potential for sure. I started down the ROTJ road back in November of 2019 and finished my "Phase I" in October 2020. Like most say, this is a costume that you can continually upgrade on, and I am for sure. It has been a fun hobby, albiet pricey. I'm north of $4500 to date. Here are some recent photos of me suited up in the Fett gear.... 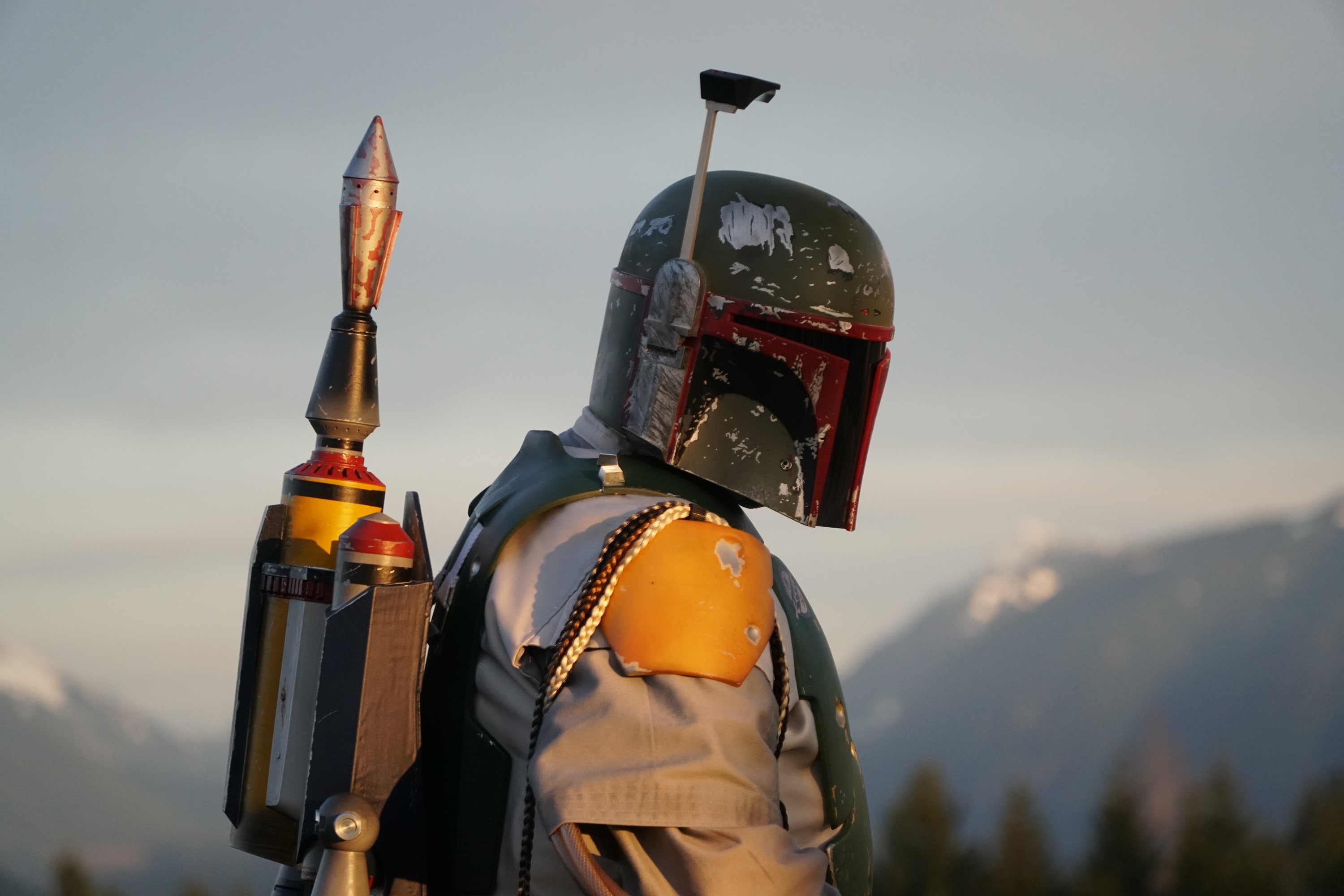 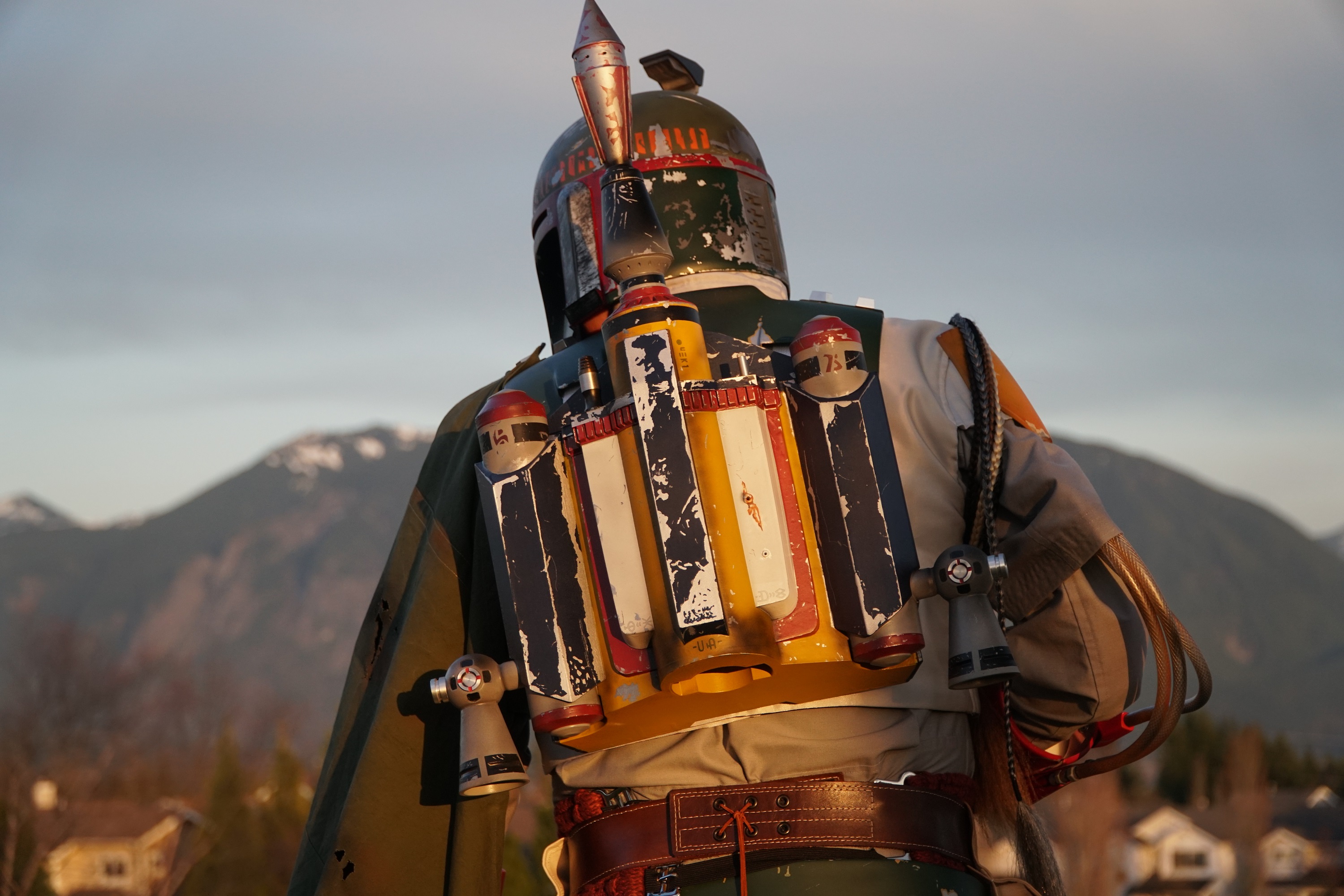 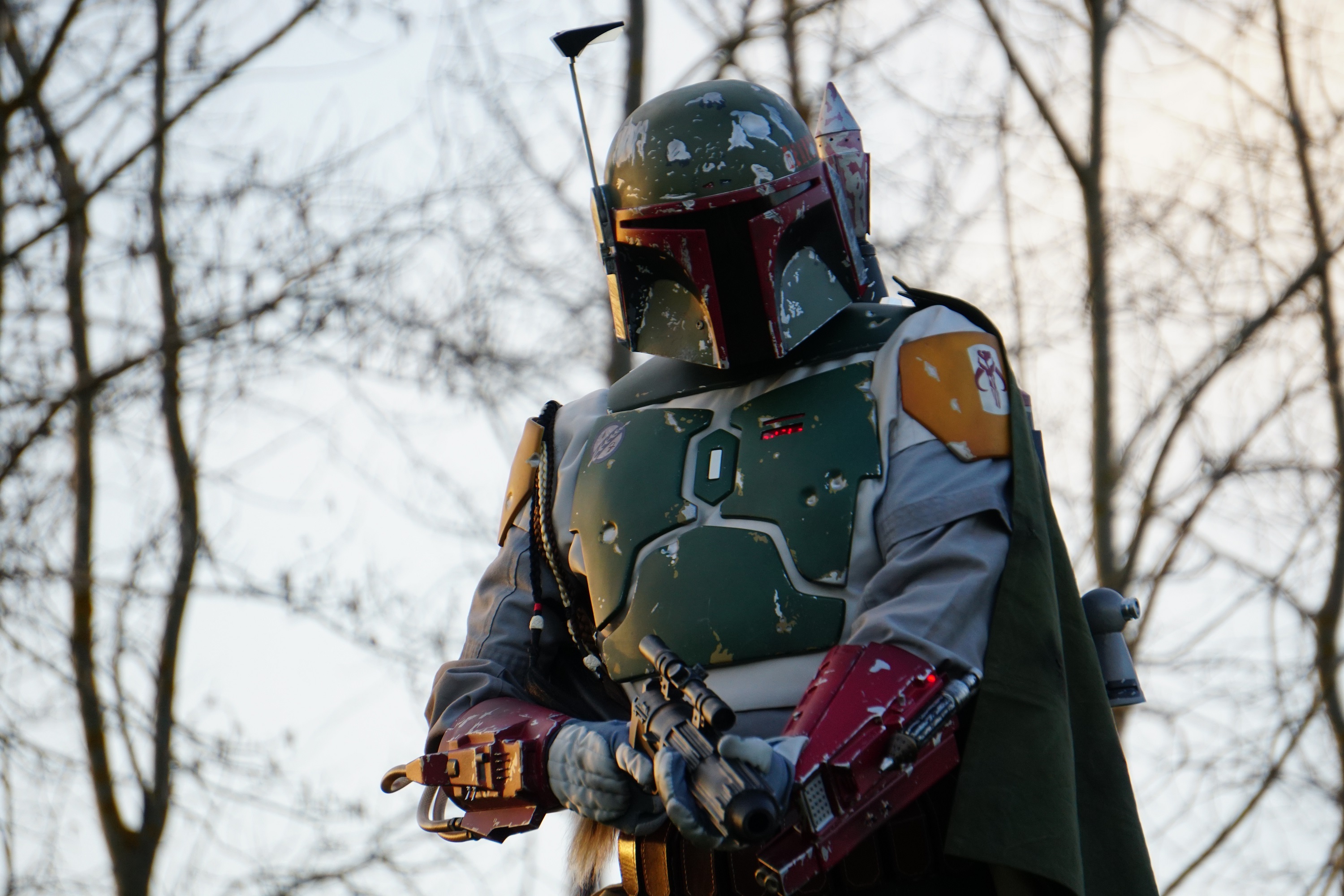 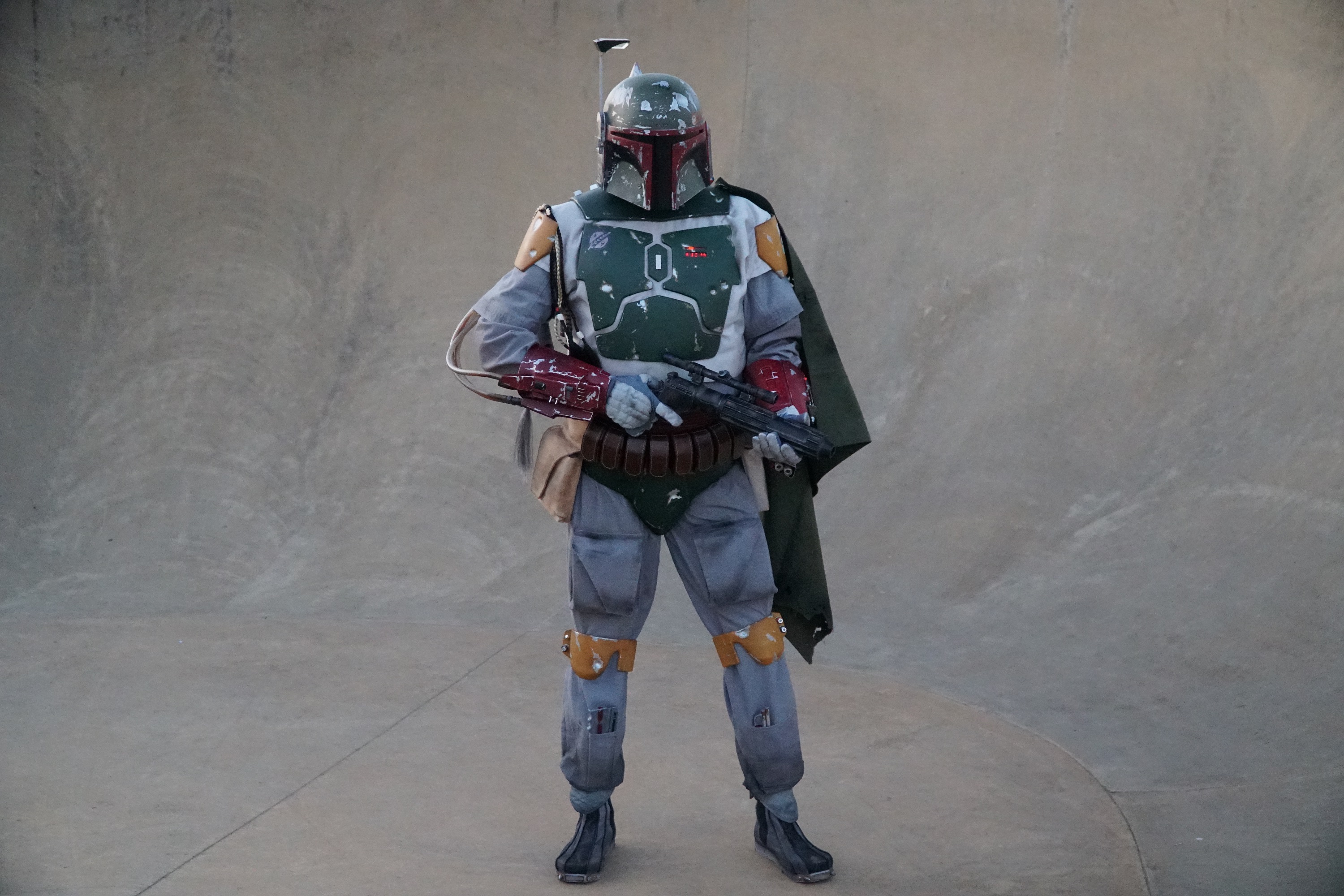 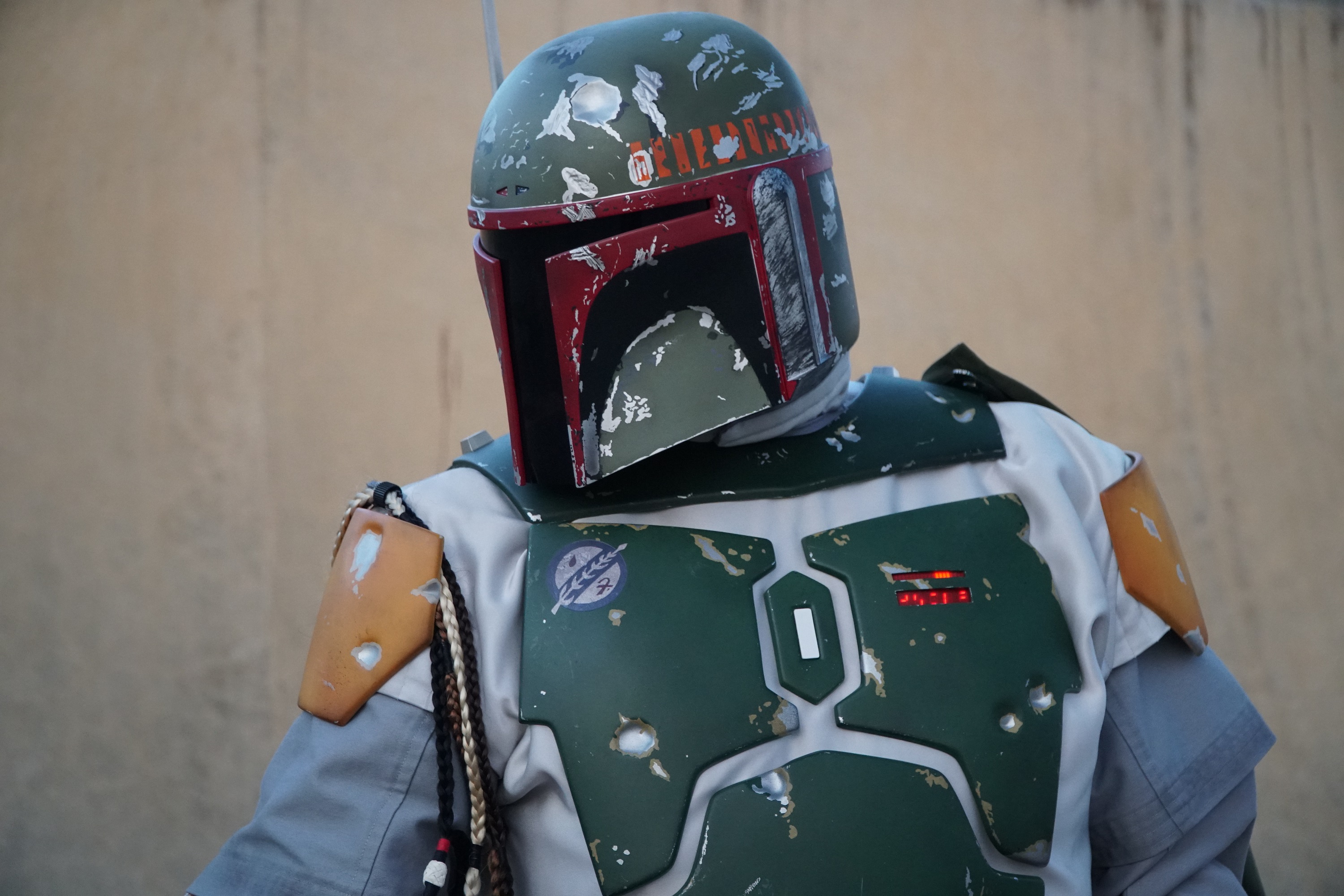 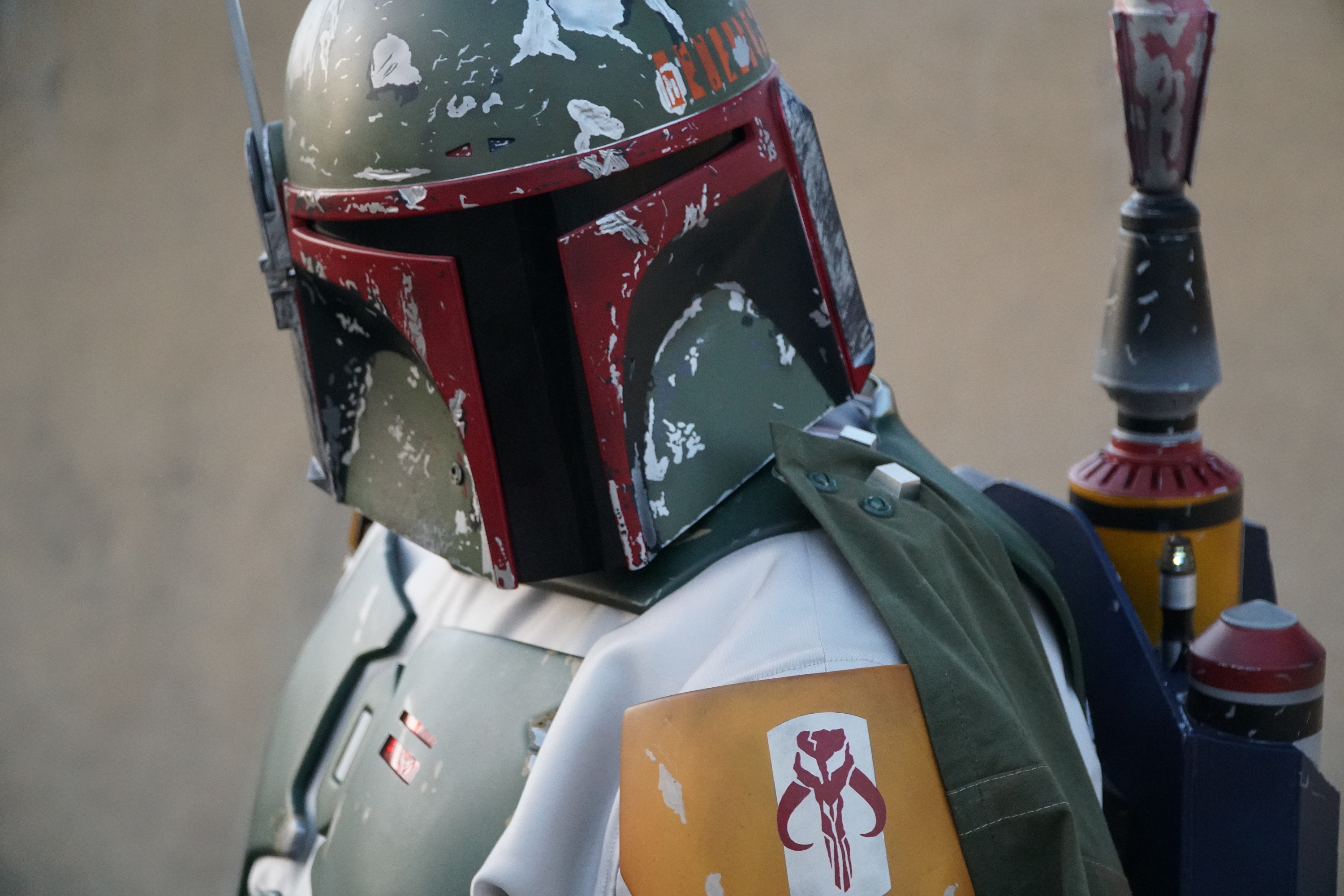 I have a few immediate outstanding items to get right, but overall I think looks great! As for you doing a WIP....I say go for it, there is alot of time that you'll invest in a WIP but you'll get some great intel on how some things are done. I did one that has spanned 13 pages thus far but I've included alot of detail in mine (like my above review) that many have been grateful for - and in return got some great feedback and was able to meet a few great guys outta that experience.

If you're wondering about my WIP, here ya go: Iron's ROTJ WIP