Advice and tips on my helmet

Hello. This is my second try to make something out of pepakura. My first project ended unfinished, but what the heck I wanted to try it once again. So I´ve decide to make a Boba Fett- like helmet and then maybe the whole armour. I know I´ve made some mistakes, I cut some places where I was not supposed and so on.;D But my question is, what about a visor? When I was checking all your projects and threads all of you work with the visor on. I mean you make the paper part, you resin it, fiberglass it, bondo it, and then cut it off in the end phase. However, living in the apartment building I have very limited access to DIY stuffs, so I don´t think cutting it off at last is an option for me. So what would you recommend?
Unfortunately I have used kind of thin paper, so now without the visor, the whole thing is deforming and I needed to secure it with paper clips. So basically my question is, how to continue? Finish the helmet without a visor and just temporarily strengthen the weak part with pieces of cardboard or something, and then resin it to prevent any other bending? Or any other ideas? 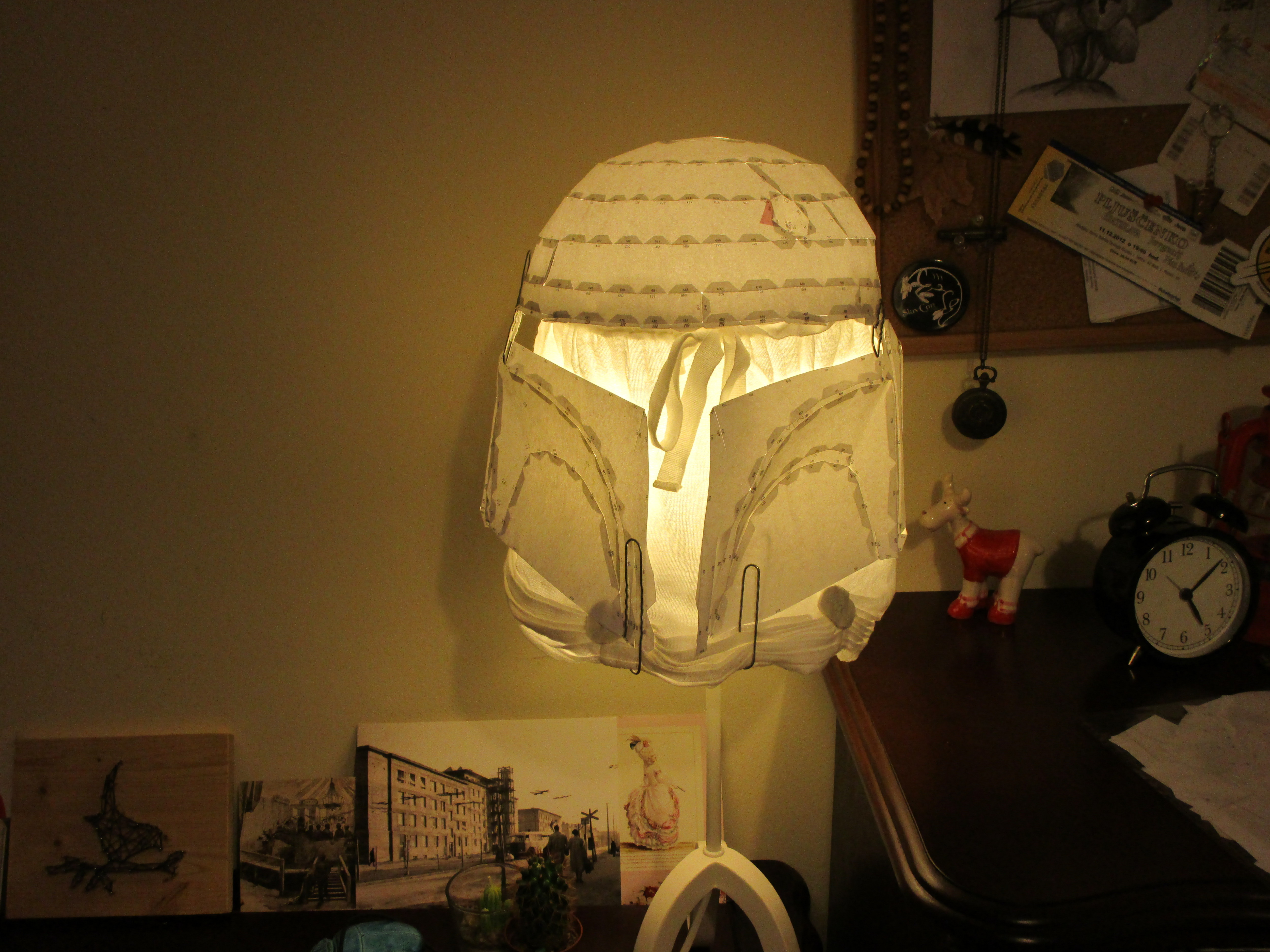 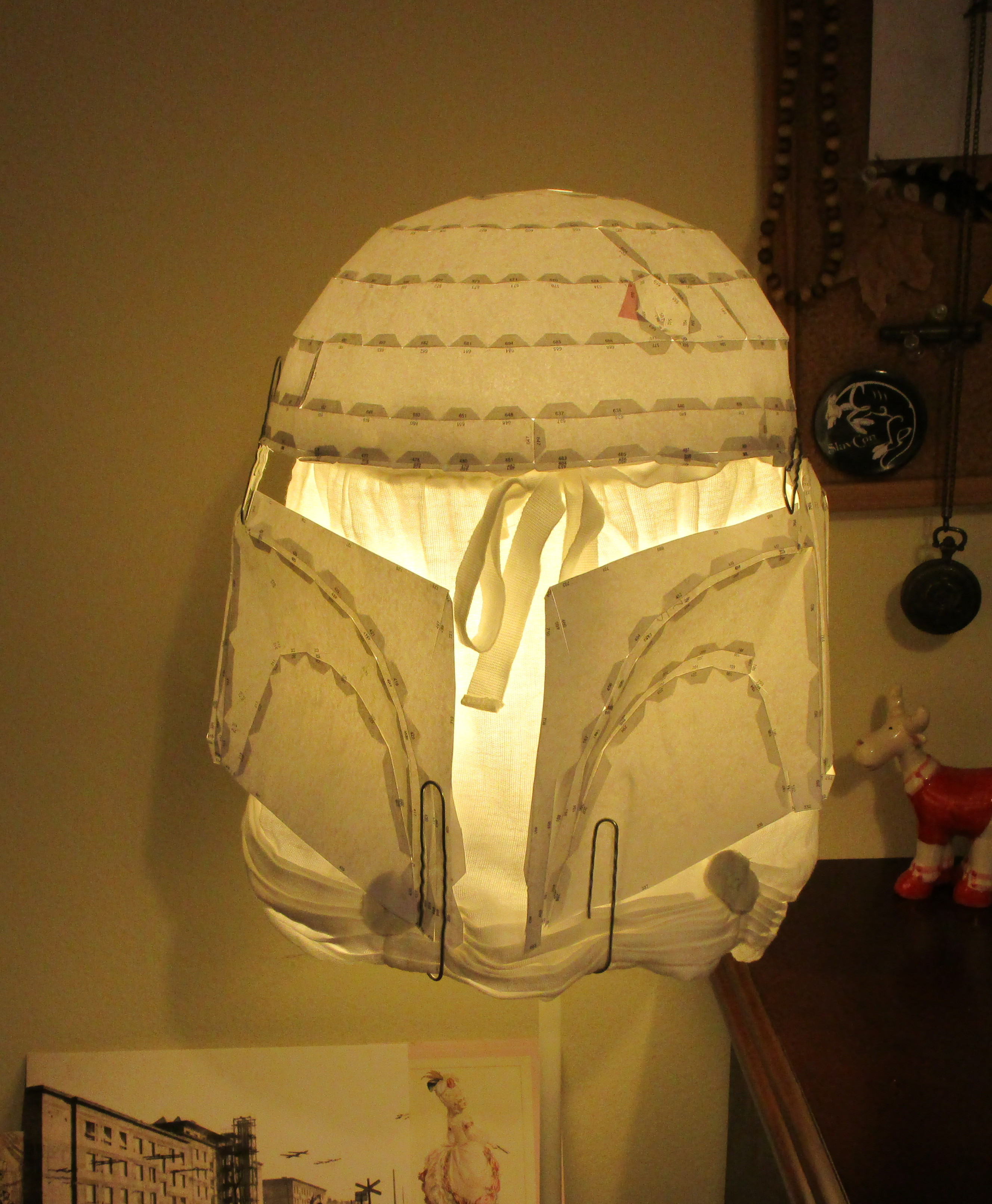 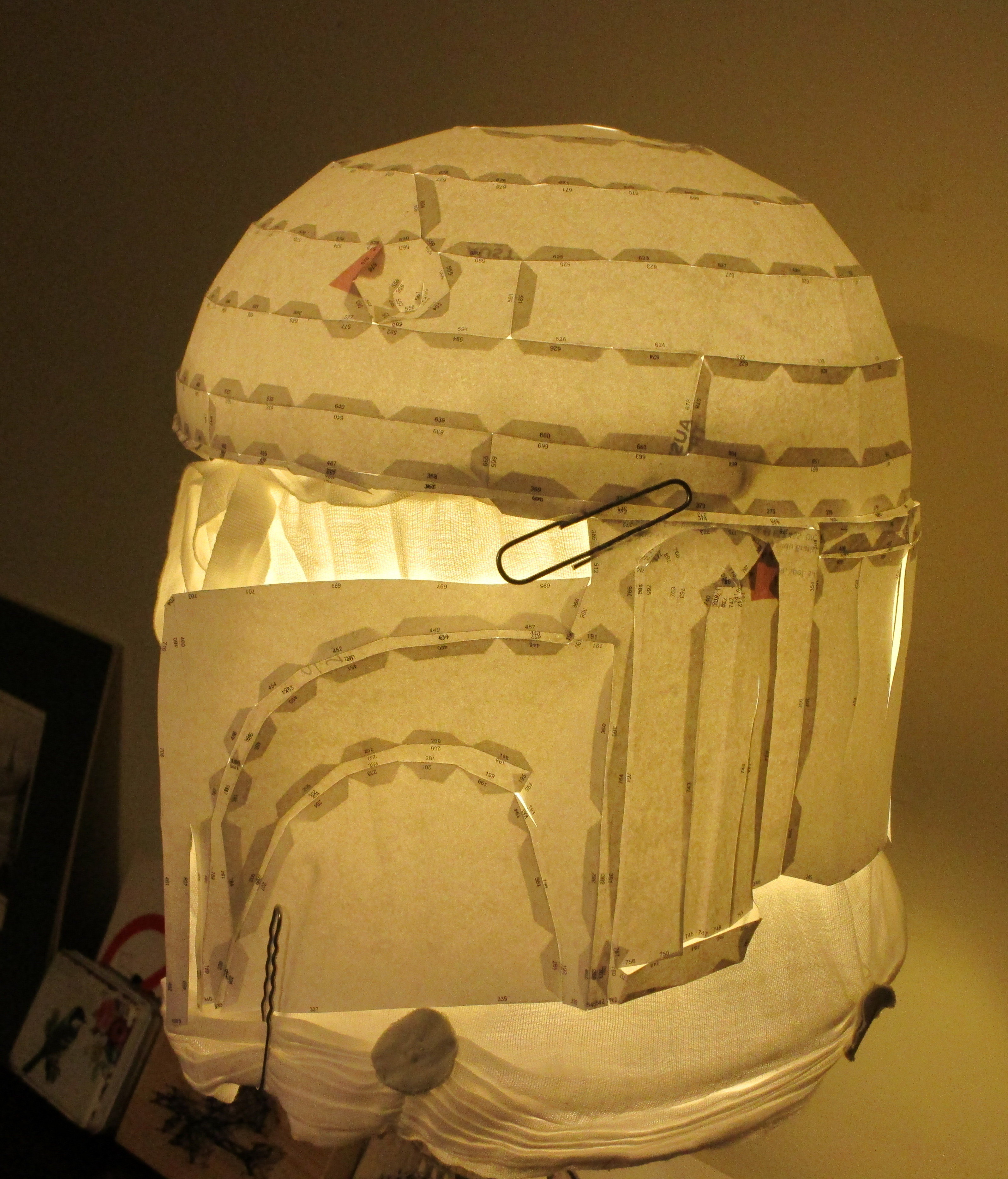 Heya, as someone who also lives in an apartment and also building his first helmet I hope I can be of assistance, if the pros show up listen to them rather than me as I have little experience, but for starters I always read you can't make pep with print paper or paper as thin as what you are using I think, you need card stock, as I don't think the thin paper actually survives the whole process but don't quote me on that... just something I read a lot

as for the visor its better to keep it in till the end as it helps with the helmets integrity, but it should be safe to cut it out after fiber glassing it, in your case you might want to consider starting over with card stock or if your set on continuing, see if you can connect areas with some paper to reinforce it and see if you can keep it from further deforming
B

Actually, I have read different thing, maybe I was just reading only the bunch of nonsense or something, but somewhere I found that actually the type of paper doesn´t matter as it will be hardened with a resin. ;D It´s not the classical 80g office paper, it´s something more thicker, but unfortunately more fragile than I would like to. So I was thinking just to use cardboard on the worst parts to give it some support. And if it doesn´t work, the only option will be to begin from a scratch again ;D Well we are learning from own mistakes, I suppose. But it´s a good point to have a visor and remove it right before bondo. Probably it won´t be that difficult to cut it off.
I will try it in a few days, and see what happens. Thank you very much for your advice I will probably screw it up ;D

Also chiming in here as someone who is NOT an expert, but my understanding is that using anything less than card stock or poster board will warp when applying resin. Your mileage may vary. Either way, let us know how it goes!

Here's what I learned:

Most of all, have patience, take your time, and have fun.

Queso has the process down pat for sure. My only suggestion would be to do a coat (or two) of rondo on the inside prior to fiberglass/resin combo. This will round off the inside sharp corners and provide a better surface for the fiberglass/resin to stick to.

Yea, definitely listen to Queso, he sure helps me out nicely I find the filing the high points down is pretty important, its something I struggled with cause I didn't do that and seeing how you also are usin fierfeks pep file youll most likely have troubles with those.

As for the paper, I think its most important to use the thicker one, cause the thin will 'apparently' don't quote me on that deform really easily, mine didn't when I resinned it.

If you haven't already read the posts in the scratch building threads, I highly recommend you do so. Also, check out Cereal Killer's YouTube channel. He's building Halo, but you can learn a lot from him.
B

thanks guys for all of your advice. I decided to rebuild it from the cardboard and the result is awesome. It´s solid and in comparison with the old one from office paper it looks like a masterwork ;D Today or maybe in the next week I´m going to apply first layer of a resin. Hope it´ll work.

Agreed, give us some helmet pr0n!!
B

Okay. Here´re some picture, but it´s terrible. Apparently, I have two left hands.

Thing is, I decided to cut visor in advance. Yeah because I am stubborn as hell. Which was of course a mistake. So I needed to improvise a little bit and placed a piece of wood inside "the hole" to hold it together. That was pretty clever ;D, however, the wood deformed that upper visor fold.

Secondly, I was so excited about the whole hardening process that I was constantly touching the helmet and checking "the magic" behind it ;D, which ended in big disaster. I accidentally bended my left helmet cheek out, instead of in, and of course I spotted it too late to do something for it.
Then I had to remove those as bloody diamond hard threads of resined fiberglass that were blocking the visor. With no electric saw it was pain...Oh my god...So much pain! I was cutting it with hand metal cutting saw, however, some parts of the pepakura, in the places where the folds are, were not hardened enough ended really badly because the saw eaten those part out.

To sum it all up. My helmet is uneven, the dome is a mess, visor is even in the bigger mess, it is terribly bended, nothing to be proud of..So I hope I can repair some things with a body filler, and if not..well...battle damage it is! ;D or thrash can. The later is more probable option, though.

My question is, do I apply the body filler also inside of the helmet, or should I use something different?

Honestly, I think it looks 127% better than the first attempt. Remember, no one is an expert on the first try. The inside of the helmet is for structural reinforcement. If it is too flimsy, then more fiber glass. Body filler is not required for the inside unless you are filling a gap.

You might try heating the warped area and repositioning. I know it works with just the resin coating, but I never tried it once the fiberglass was on the inside.

Silly Question: How do you prep a helmet for painting?