A very special parcel from Shapeways arrived today! Take a look what I found inside…

My good friend toolguy301 did me a massive solid and helped to model and bring these lightsabers to life. In addition to the sabers I ordered some of toolguy’s shin tools and I must say they have turned out great.

I am currently working on the sabers and shin tools so an update (and lots of photos) will be on its way shortly. 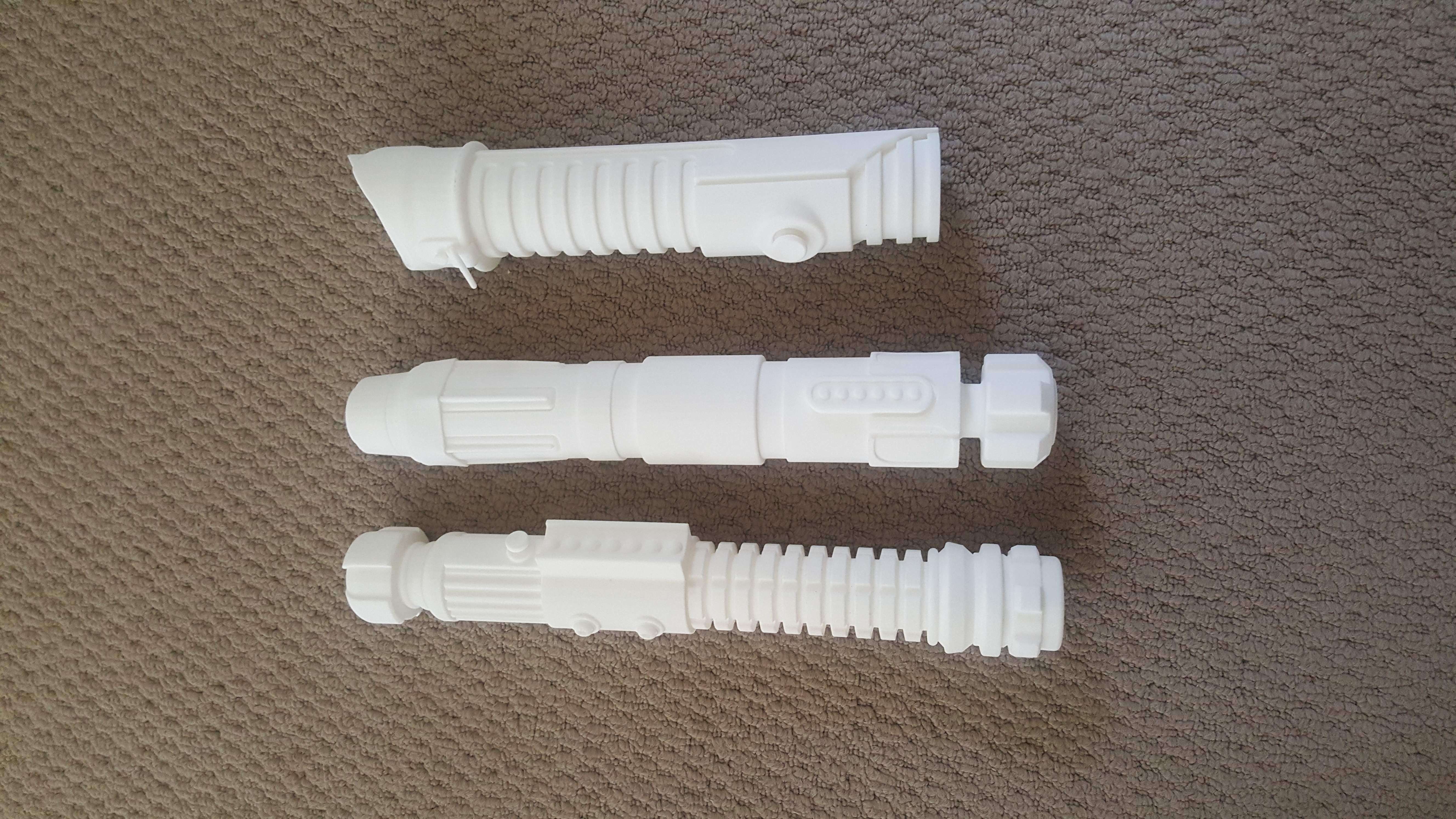 Woodchuck made my shin tools so if you're gonna have make some of the weapons might as well throw that in there as well. Although he does handmade everything so it will probably be a bit pricier than other vendors. I can't speak highly enough of Chuck, my office is packed with stuff he's made for me.

Hats off for tackling such a complicated build! Good luck!
Last edited by a moderator: Jul 25, 2017

No offense to woodchuck or any maker. But the shin tools found parts are cheaper and readily available to be bought. For $60 you can have the Patterson tools. Why bother having someone make something you can buy that is what they used on the suit for real.

Okay guys, I'm planning on working on the flight suit over the weekend. I have been doing my research and I'm trying to decide the best course of action. Do I dye the flight suit first or should I just go ahead and weather it over the current colour? These are the two threads that I have read through:

Fett 4 Real said:
dye it the grey first if its white...then weather....
Click to expand...

I have been working on bit and pieces around the place but I decided to knuckle down and tackle the flight suit this weekend.

I wont lie, I was daunted by the thought of submerging the flight suit into a bucket full of dye and pulling out an abomination. I did a tonne of research on how others out there went about dying their flight suit. My major source of information was from @toolguy301 ‘s ROTJ build thread. Here is the link to the info if anyone is looking for help: http://www.thedentedhelmet.com/f20/correct-color-rotj-boba-flight-suit-51949/?highlight=rit I didn’t follow his instructions exactly; I cheated and still got a result that I was happy with. I cannot reemphasize enough the importance of testing out your mix ratios on scrap fabric – I got it so so so wrong on my first two attempts. Had my flight suit been at stake I would have been bitterly disappointed.

I used RIT dye (Pearl Grey and Royal Blue). I went to the RIT website and followed their suggest instructions on using the dye. Instead of using toolguy’s two step process, I mixed the Pearl Grey with the Royal Blue at about a 4:1 ratio and dyed it in one hit. I ended up soaking it in boiling hot water for about 40 minutes, however it only took 10 – 15 minutes for the suit to take in all of the pigment.

This is the result I got.

The suit is much darker in person but the lighting in the photo was a very bright white, which makes the suit seem lighter than it is. Now onto the weathering. Below are the key reference photos I used to guide the weathering process.

I approached the weathering with a layered methodology.

Firstly I added black shoe polish brush to add oil and soot stains that Boba would have built up from use on Slave 1. The marks are very subtle but were key in adding depth as the weathering process continued.

Secondly I applied Brasso around seems to replicate a build up of dust and sand. Brasso, when dry, turns to a powdery compound which allowed me to rub it in to the seams and gives a more realistic feel to the weathering.

Thirdly I used mix of acrylic paint to match the colour of the desert sand/mud and applied it to the seams, placing it on top of the Brasso. I have a craft store down the road from me and lo and behold they had Delta Ceramcoat paints! I used Pumpkin Orange, Rooster Red and Chocolate Brown to create the right colour.

After that dried I hit the seams and raised areas with 280 sandpaper to add some physical weathering. I tried not to go over the top but there were some parts that I wore down some stitching – nothing to worry about thought.

I did a second pass of the desert sand/mud colour but this time I watered the paint down even further to give me more control over the saturation in some areas. Watering the paint down also lightened the colour, adding to the spectrum of muddy red/brown colours, which in turn helped to make the weathering more authentic.

After starring at the suit in its current state for a day I decided to tone everything down by brushing over a dark grey (slightly darker than the flight suit’s dyed colour). In my opinion it tied everything together and gave it a truly worn look.

Finally I needed to add the dark ‘low lights’ to the lower half of the flight suit. I stayed away from using straight up black acrylic and decided to use a mix of grey and purple. The colour was a little light to start off with so I added a touch of black to bring the tone down to the appropriate level – it only took two small drops to achieve the tone I needed.

And I present to you the finished product!

Let me know what you guys think. 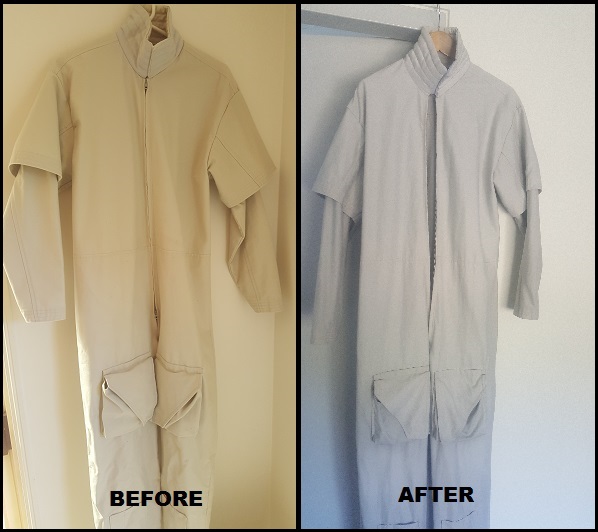 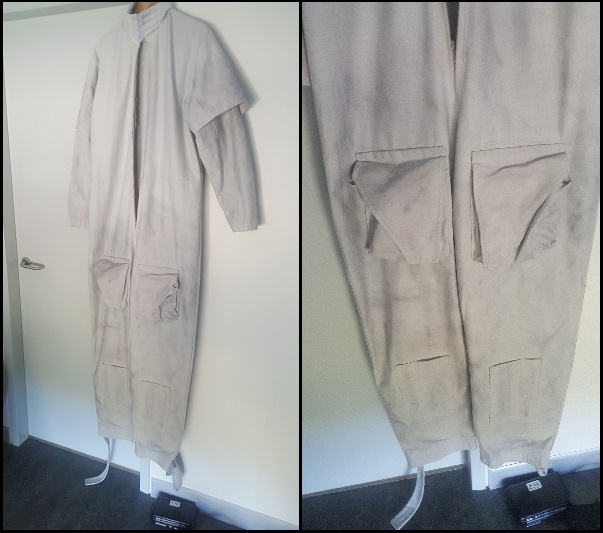 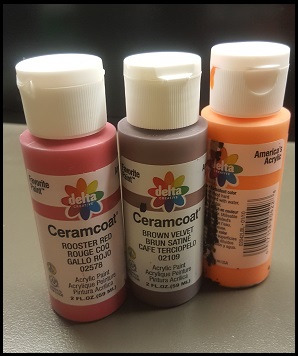 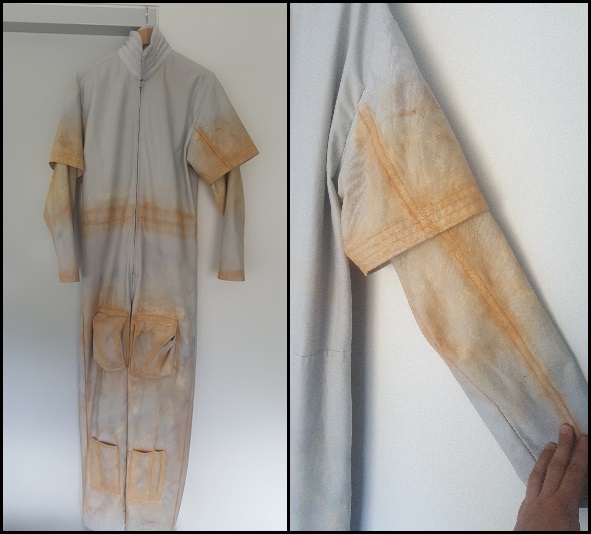 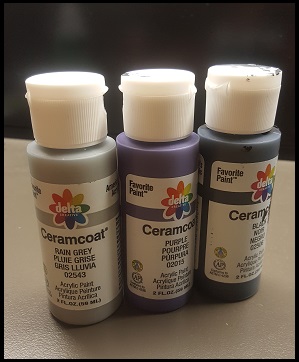 I’m still waiting to hear back from Woodman on the other soft parts (Kama and Cape). I intend to apply a similar method but I'll probably use a mix of Pearly Grey and Sandstone RIT dye before adding the same colours for weathering.