Hey everyone, I've got a question about some pictures of the PrePro gauntlets. I think this is PrePro 1? I always get them mixed up, and that's what it's called on the Ref CD. In some pics, the left gauntlet looks normal. But in some other pics, there's some black strip on the inside. Is that just tape, or was it meant to be there, like some vacformed piece added? It looks deliberate, since it has an ovalish indentation in it.

And while I'm asking questions, what exactly is the clip on the collar plate? I know it's some kind of clip and used to attach the other end of the cape, but what is it's real-life use? 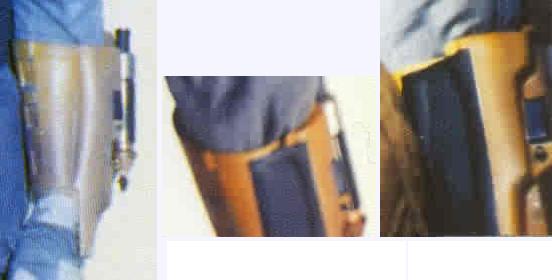 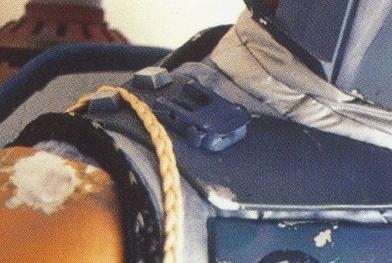 2. Nobody knows what the cape shoulder "clip" is... I've looked for years and never heard anybody making an ID of this item.

I love when duct tape is used on movie costumes.

I'll definatly keep my eye out for anything that looks similar to that clip.

The clip looks like it is from a camera.

My Prepro 2 build up

My Prepro 2 build up