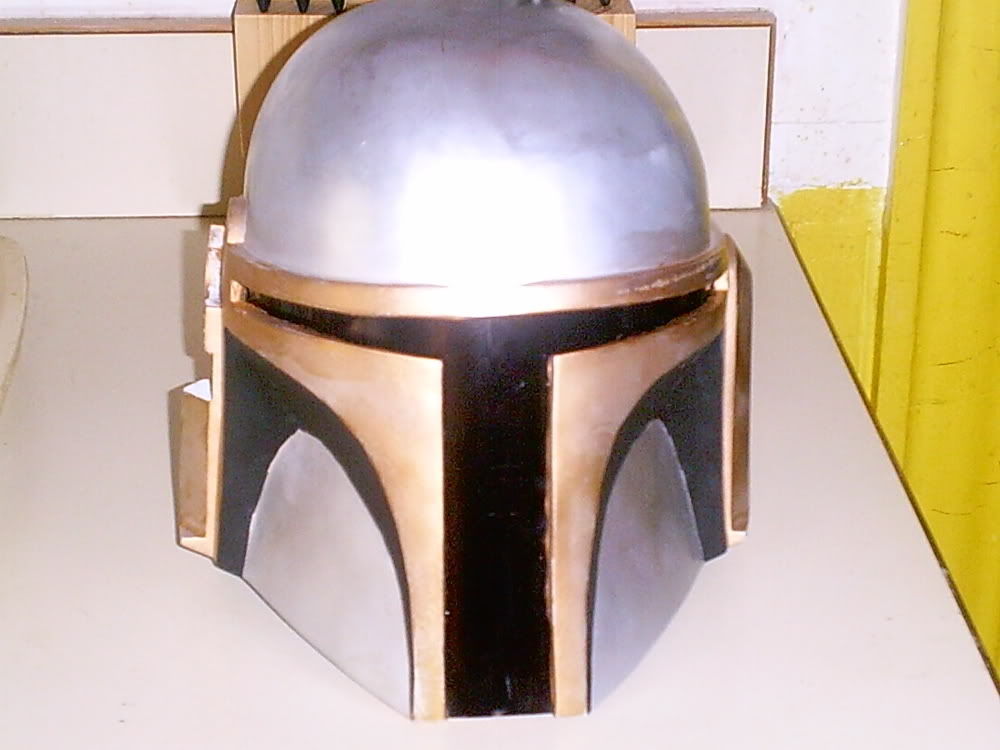 Here it is, no RF yet, but so far i think it came out pretty good for the first shot.

ALL comments and suggestions are WELCOME.
Last edited by a moderator: Sep 23, 2006
H

That does look pretty nice! Is it sgfang?
A

i wish... just a rubies though

Damn good start, look forward to seeing the finished bucket. Are you intending to weather it? Isn't it funny how we spend ages painting something to the best of our abilities then we make it look like it's scratched to hell!
A

Maybe just some grime and stuff, like on a Jango.
K

It's great to see a custom Mando bucket without the "DENT"! Some weathering and battle damage would look great!
A

I'll try to get some griming done tomorrow.
there is some battle damage (forehead "gash" from dremel chaos ),
that'll probably be it though cause my Mando's back story places him as a general during the clone wars (EU, Infinities, etc. don't wanna mess up continuity ), so even though he saw action, he was commanding more than doing actual combat... He's a Mando turned Jedi, turned Sith/Imperial, turned freelancer (ala Thrawn) it's complicated i know... but it produces an awesome looking Mando.

Pardon the run on :cheers, and thanks for all the positive feedback
A

here's the helmet with some damage and weathering....sucky camera but i'll be gettin a new one next month 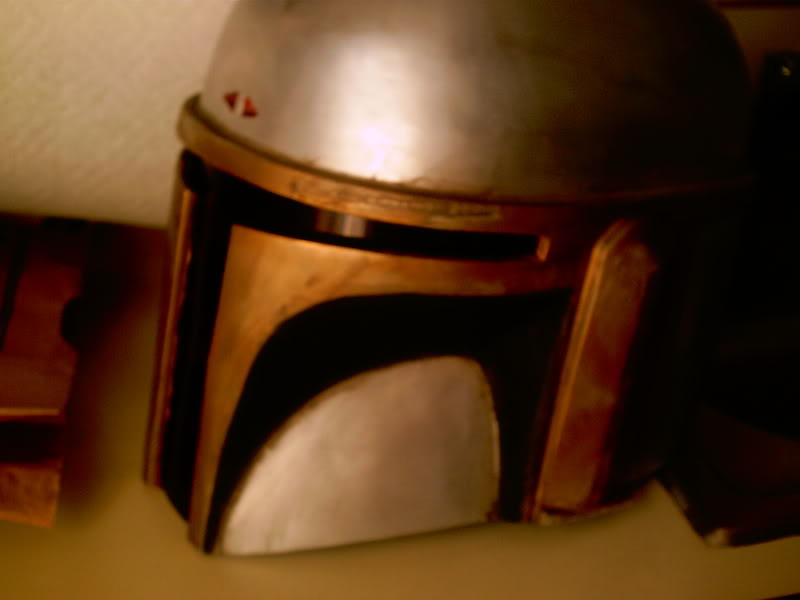 Here's some pics with the new camera that came today 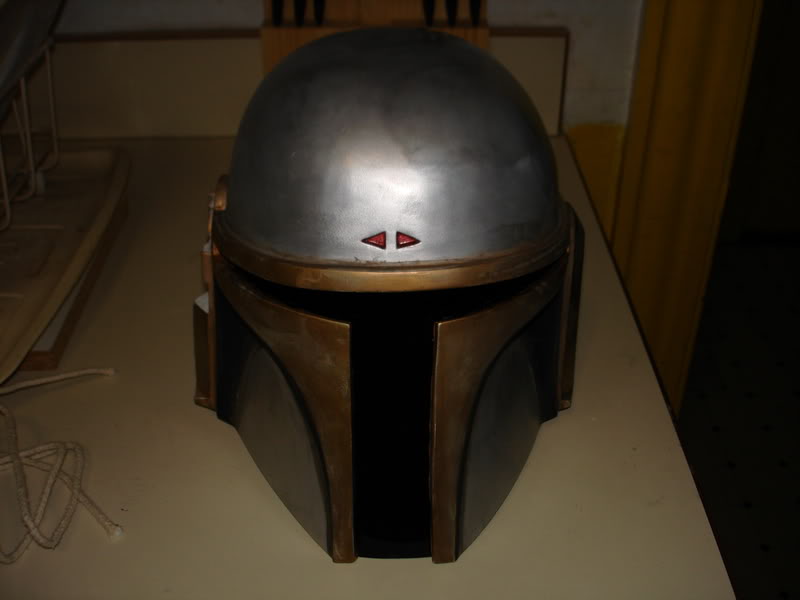 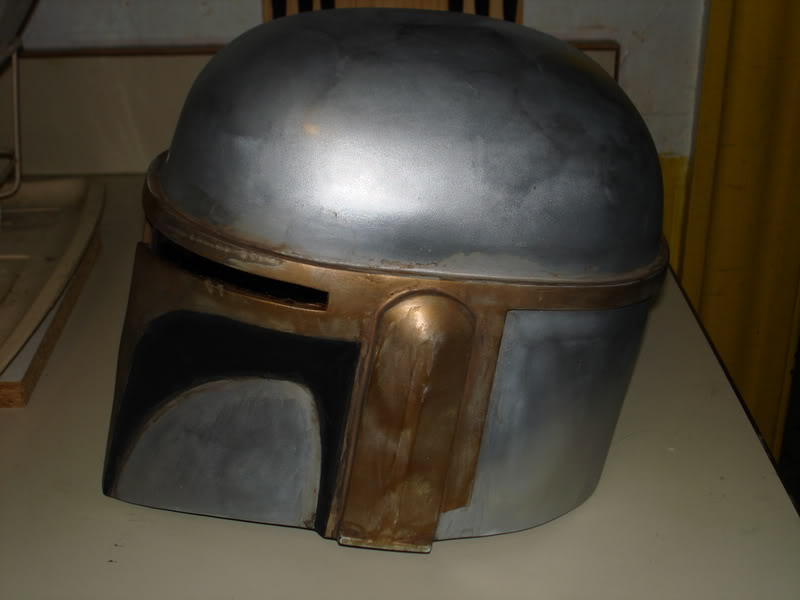 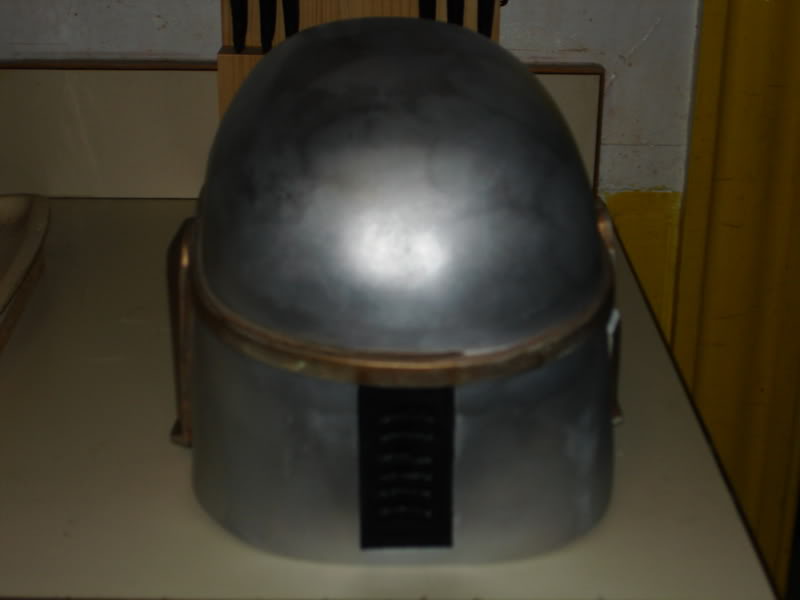