Going to start documenting our Jango build here and start it off with the normal about us: 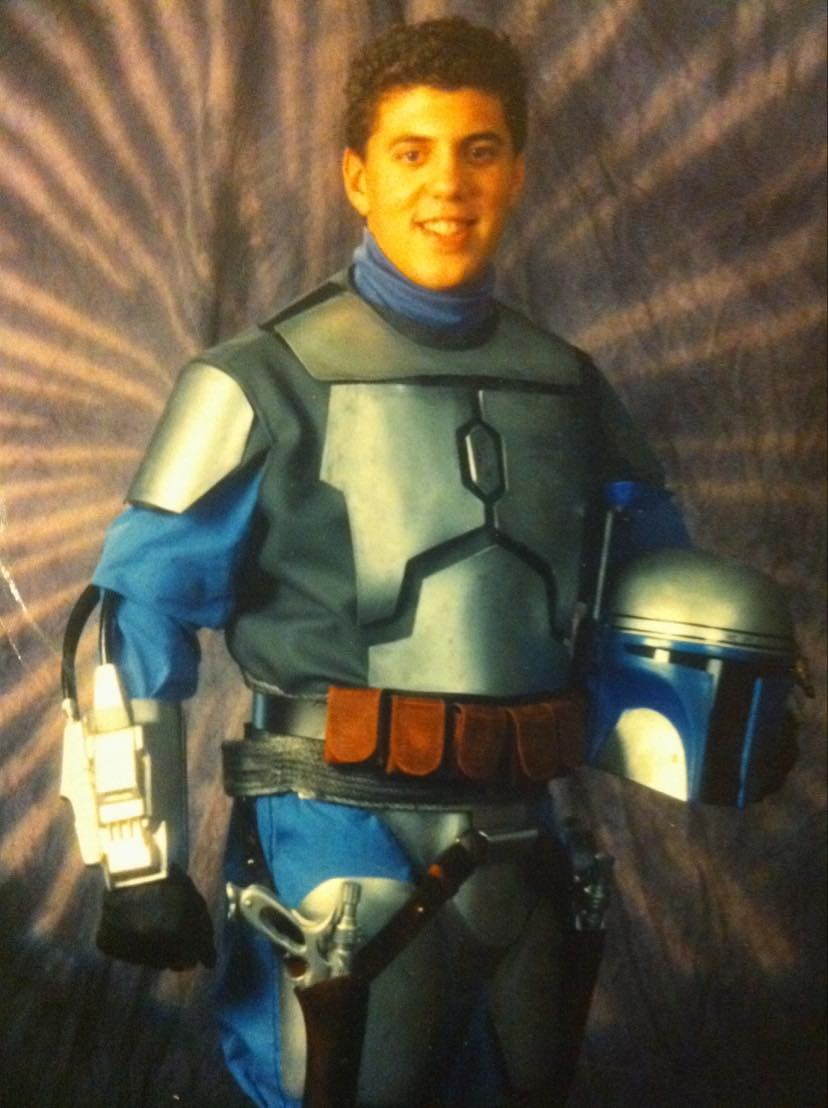 And yes, those are my High School Senior photos I took in it. Not bad for 17/18 years old at the time working at KFC.

Well, that time is long past and since then I have built countless costumes, from Star Wars to the video game Overwatch, World of Warcraft to Anime.

My wife, Hydra, joined here in 2002, and knocked everyones socks off with her custom mando builds, even to this day. As well, she went on to even more intricate and crazy-complicated methods for costuming building. Fastforward to 2011, we met because of Art here, at DragonCon, and now WE MARRIED.

Anyway, beyond that we decided that we wanted to finally finish my ESB Fett build and a Jango as well, but the plan being, she is going to sew a padded body suit that will match my body proportions so she can wear Jango and Boba as well and everythihg match. So gloves and boots will be the 2 items we got in our perspective sizes. Everything else will be single made.

So far we have acquired Crow Boots and a set of Kenneth Cole Fuji's for me, and Merona Navy Blue gloves in our needed sizes.
I picked up the upper armors from a user second hand of MinuteFett's pieces, and as well picked up one of MinuteFett's Jango helmets direct from him. Picked up a full hide of accurate greyish leather for the vest the wife will sew up. Plan is to 3d model the knees and I already have a rework of Rafal's Jetpack file I did to make it a little more accurate that I'll print for those items, and possibly use stormtrooperguy Jango Gauntlet model.
Cruzer is currently making the holsters for me but this is currently my favorite part of the outfit that I got really lucky with.
Since I joined TDH I was extremely jealous of anyone who was able to get of set of Fugazi's Aluminum westars. Well 7 months ago I found a team in Germany who had a set for sale that they used as a base to engineer their own full metal westar (as they have posted here) and finally got them in after a 6 month wait in transit with the post but they got here. A surviving set of Metal Fugazi blasters: 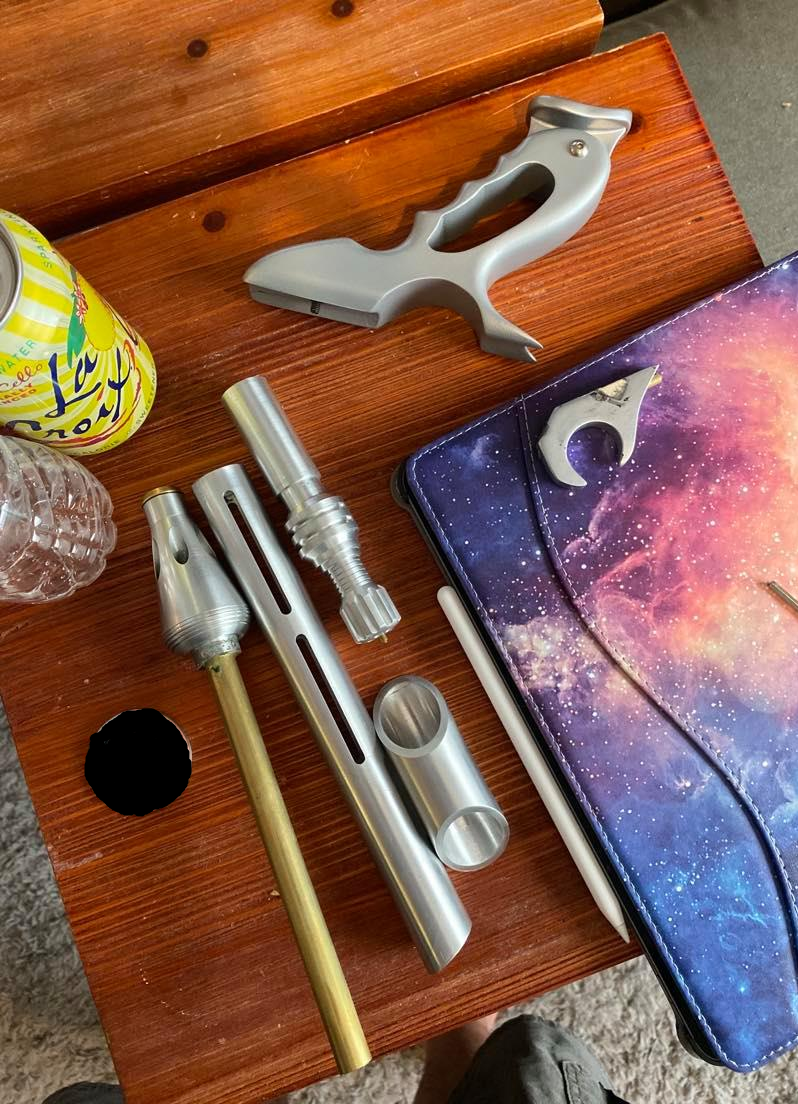 So disassembled them immediately and purchased a buffing wheel, and yesterday I finally got around to polishing them up which brought us these (keep in mind I am resanding the triggers and grips and refitting them to use a allen head bolt to mount the trigger instead of glue as they originally were, in case I need to tighten the body bolt down again): 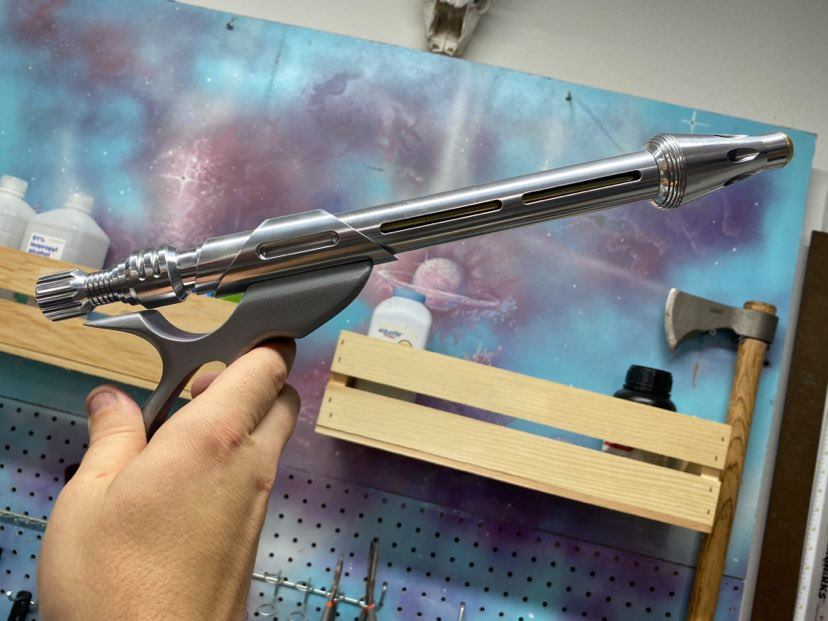 and the comparison shot before I polished the other body: 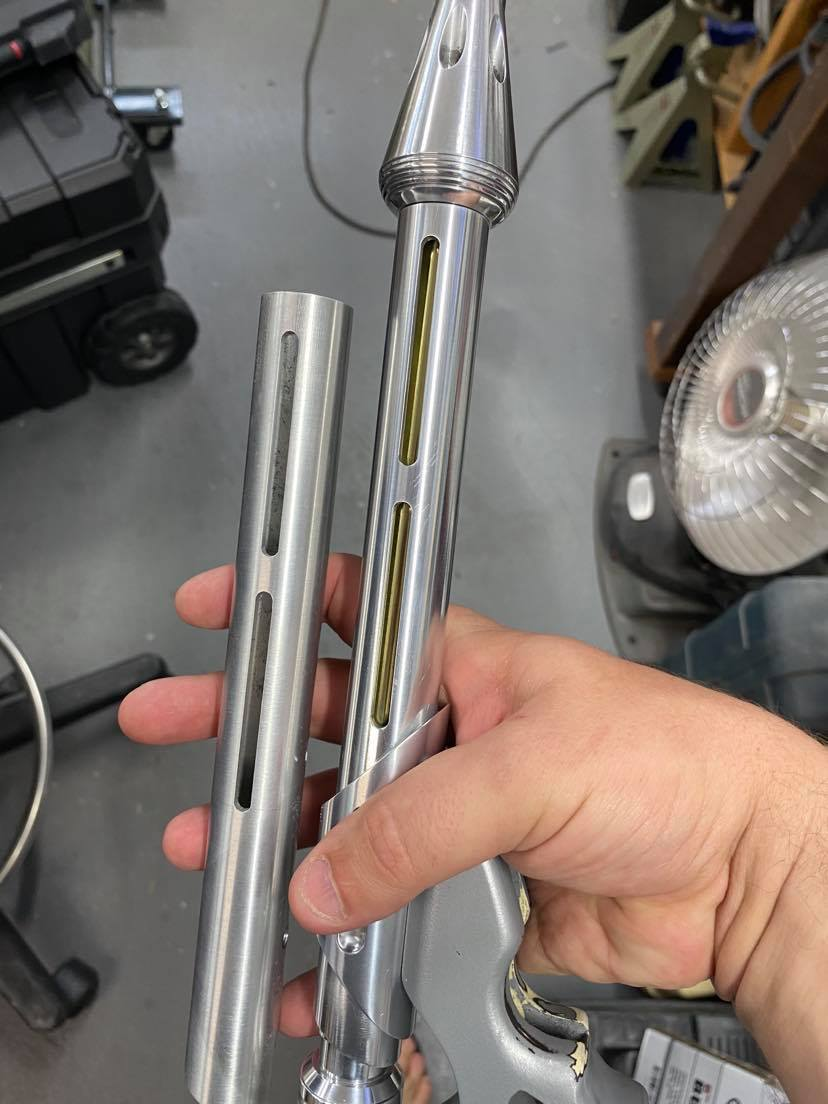 So my next step is picking up a good "aluminum" rattle can to spray the grips down and then mount the triggers back in. As well I will be adding rubber oring to the internal brass tube of the barrel as they keep bouncing around, to stabilize. But once these are finished, I'll start on the helmet and armor prep. So keep watching if you want! Thanks everyone!

wizardofflight and others' Jango Fett Templates
2

wizardofflight and others' Jango Fett Templates
2