As most of you know by now, FP makes a killer set of armor. Well ... he also makes a fantastic fiberglass/vac/resin gauntlet kit.

Here are some starter pics of my next project. I will be posting some progress shots of the various steps of assembly, and will be including a few surprises along the way. 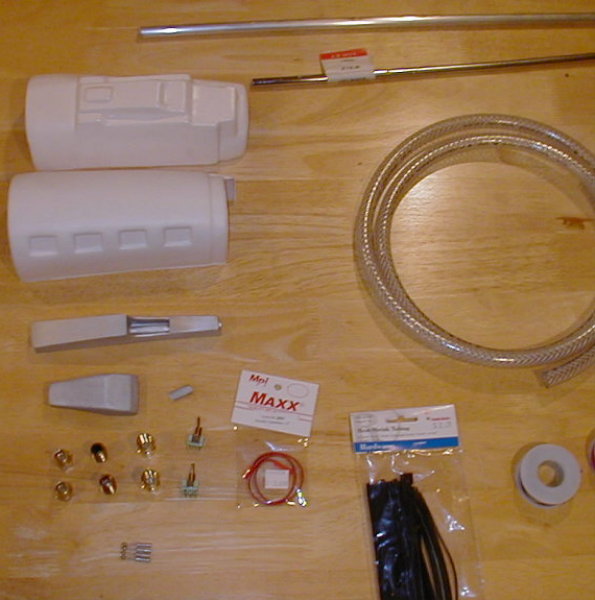 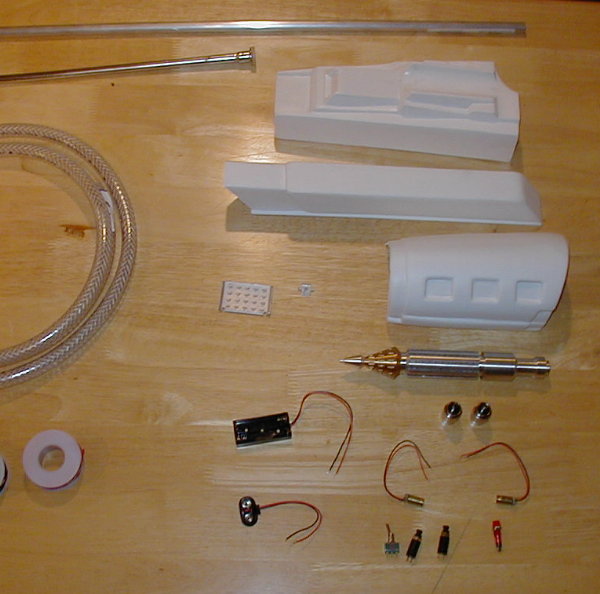 Can't wait for this...this is exactly what I needed..

Wow! They look awesome. Is FP still making these kits? If so how much?

How did you know what switches and items like that to buy?

Spideyfett - I am here to help.

asok -
Use the search function. JK The push button switches on the left gauntlet flame thrower are from an offering here a few years ago. They were the closest to the real deal, that could be found at that time. I think they were from overseas. You can find a similar switch at Radio Shack. The toggle switchs are not accurate at all, but I will be using them to operate a few effects on my suit. I will post all the details as I get things working. The other items can be found in various threads and on TK409's site, ie. machined darts, RussRep missile, brass hose fittings, braided hose, UHF coax connector, etc.

I will post more details as I put the gauntlets together.

I will post more details as I put the gauntlets together.

Definately watching closely. Cause I'd rather learn from others mistakes than my own, lol.

Bad news. The kids got a hold of my digital camera and deleted some of my progress pics. :angry I don't even know how to delete pics on the camera. But those tiny little hands hit some random buttons, and ... poof ... good-bye pics. I don't know if I should or :cry .

I will try to describe things as best I can. Some parts are already glued together so I can't get the same shots again, but most things will be seen in future pics. Back to the show. 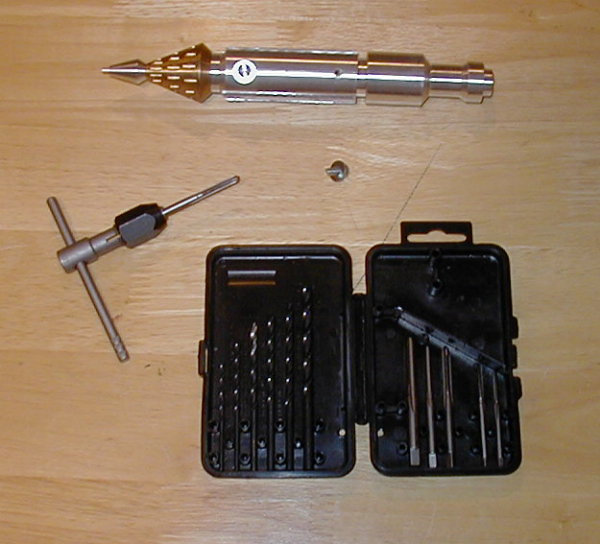 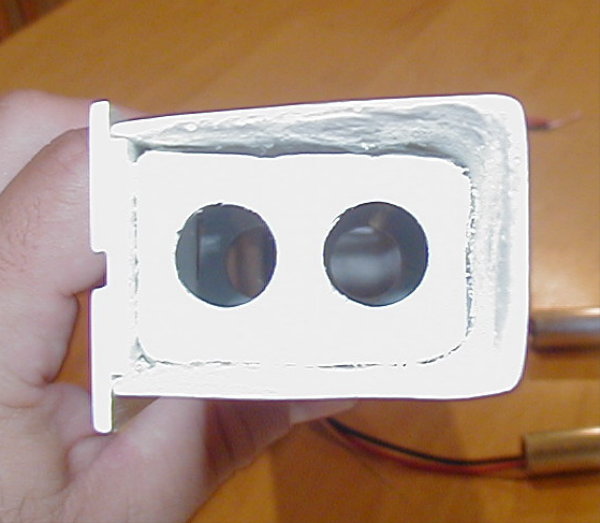 I love step by step threads.

Here is where some of those missing pictures would have paid off. :angry As consolation ... this is my first surprise.

The next step was to cut the 1/2" dia. aluminum tube to the correct lenght and hot glue the Laser/coax connector to the end of the tube. The wires of the Laser Module get pulled through the tube and eventually connected to the switches and a battery pack.

The first shot is of the UHF coax connector, the installed Laser Modules, and the aluminum tube. The second pic shows how the back end of the tubes are supported inside the flamthrower housing. 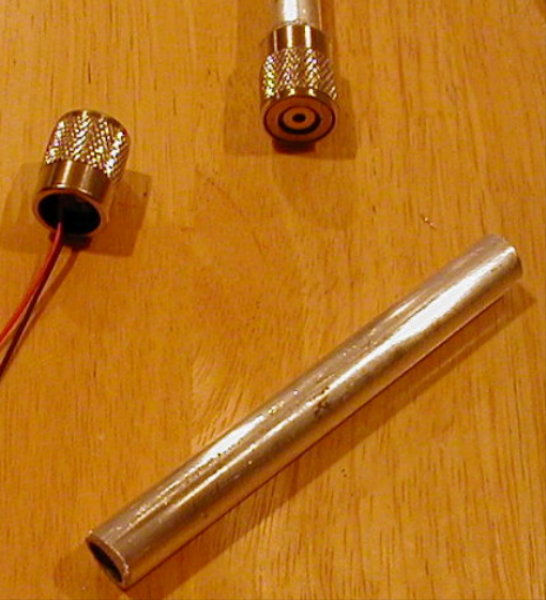 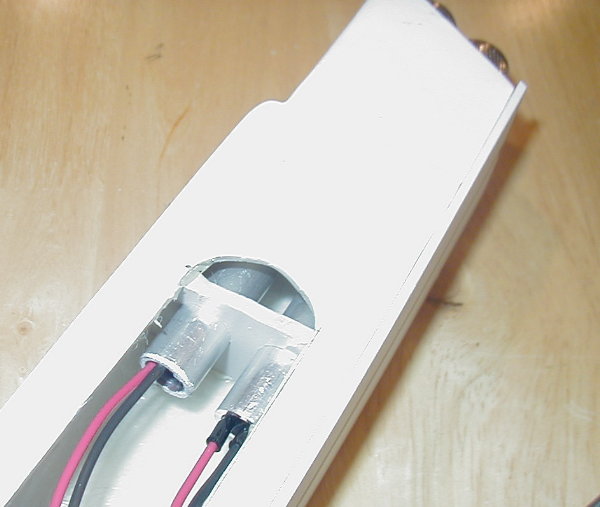 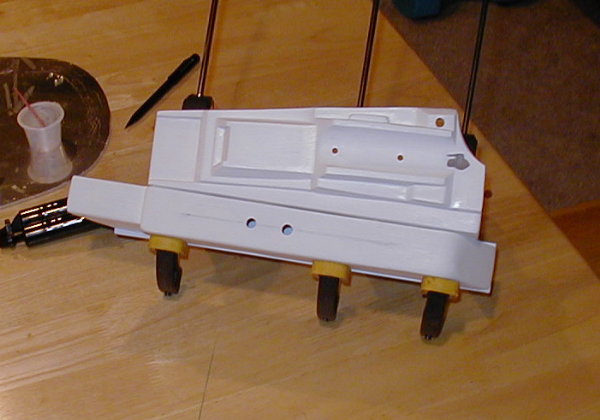 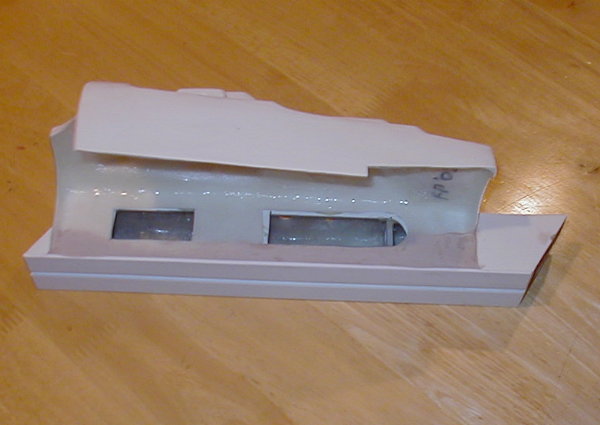 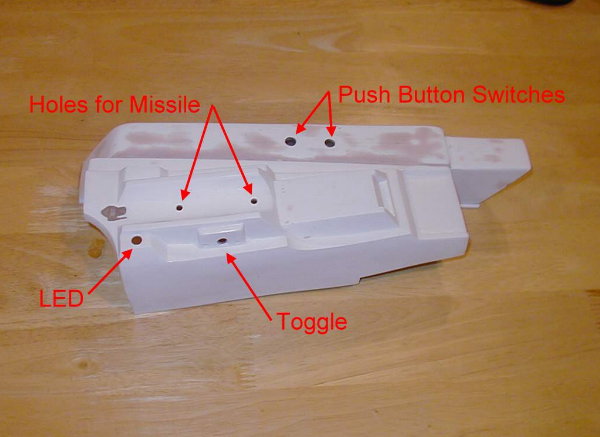 WOW... THAT IS LOOKING GREAT.

that kit is awesome!!! I really like that rectangular curves and stuff wich my vac formed kit doesn't have.

This batch of pics wraps up my prep work on the left gauntlet. 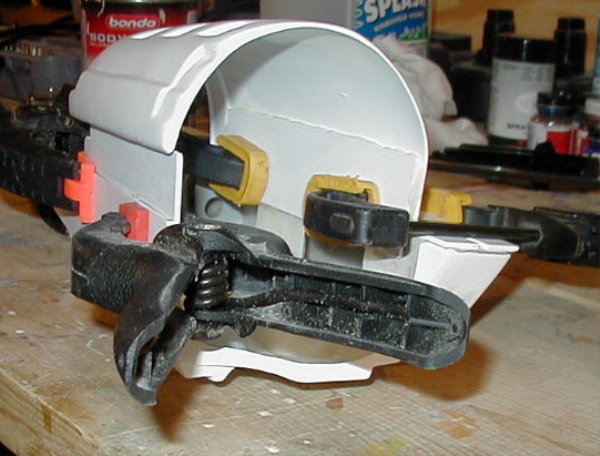 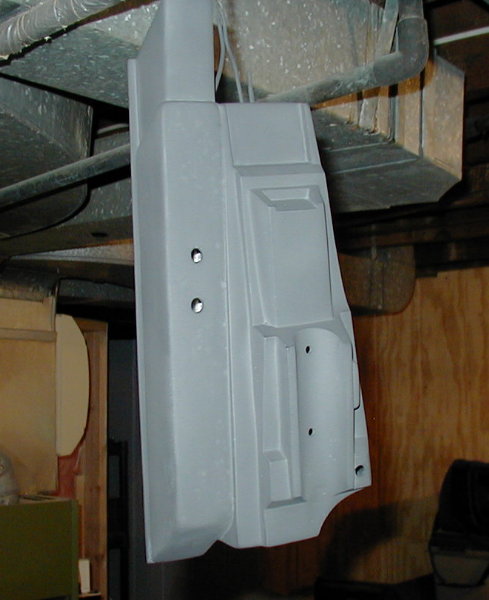 Using a modified version of batninja's tutorial from this thread:
http://www.thedentedhelmet.com/showthread.php?t=2708
I started by putting together my brass hose connectors. Thanks, batninja. Rather than the wood dowel, I chose to use an aluminum rod from home depot. I followed the other tips, using the electrical tape and two part epoxy to glue every thing together.

I drilled the holes in my gauntlet shell for the four metal darts and two toggle switches. I attached the "bic lighter" piece above the darts, and assembled the whip cord housings. Next step is to attach the lower shell. 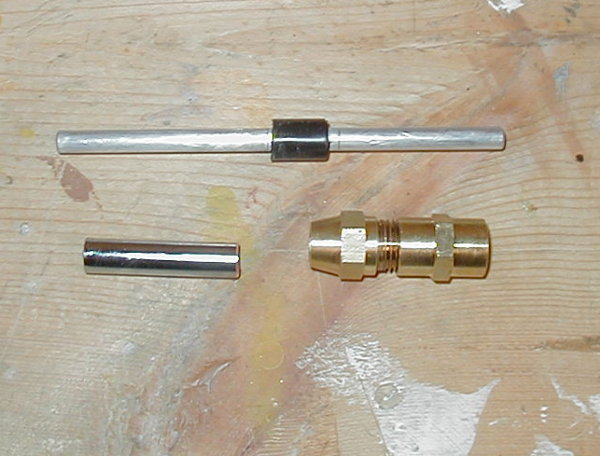 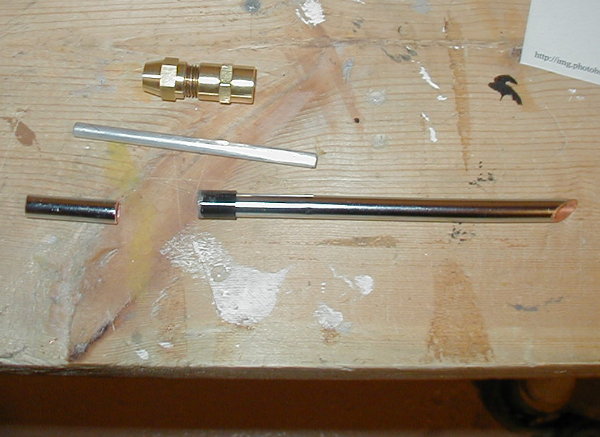 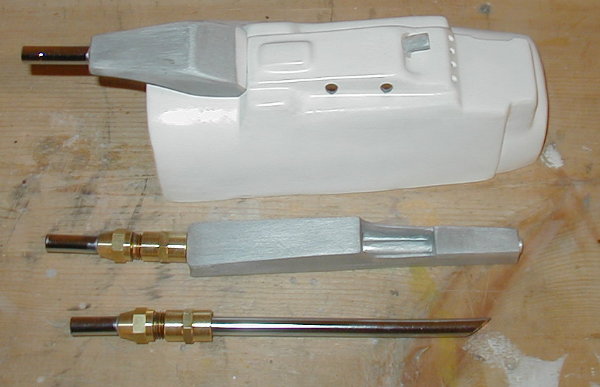 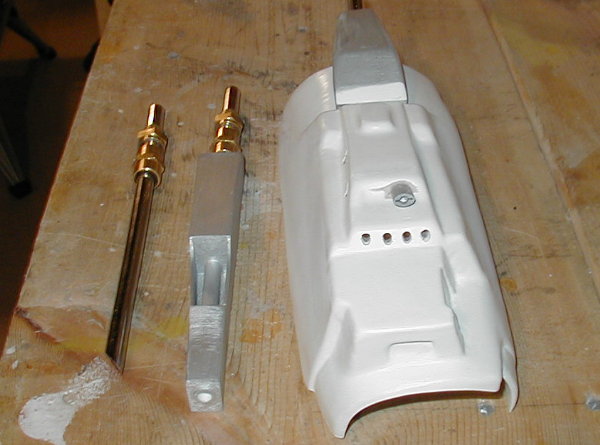 I attached the bottom shell to the top shell using the same method I used on the left gauntlet. I epoxied a scrap piece of styrene on the interior of the outside edge, overlaping the top and bottom shells. I then filled in and smoothed out the seam with bondo on the outside. I then epoxied the upper and lower whipcord housings, over the bondo'ed seam of the two shells.

Now time for primer and painting. I plan on using the masking tecnique for painting the gauntlets, and since that method is well documented in other threads, I won't have a progress update until it's time for final assembly. 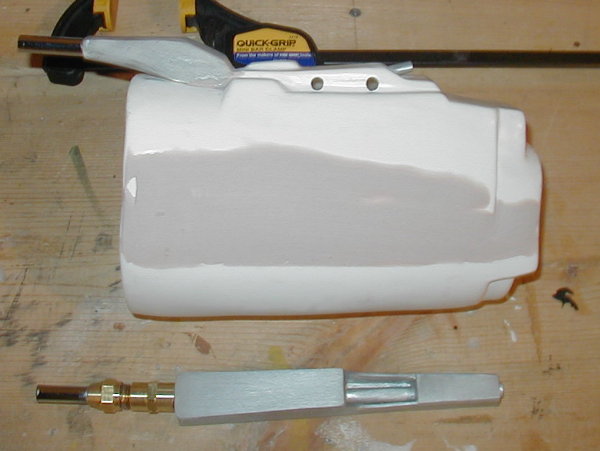 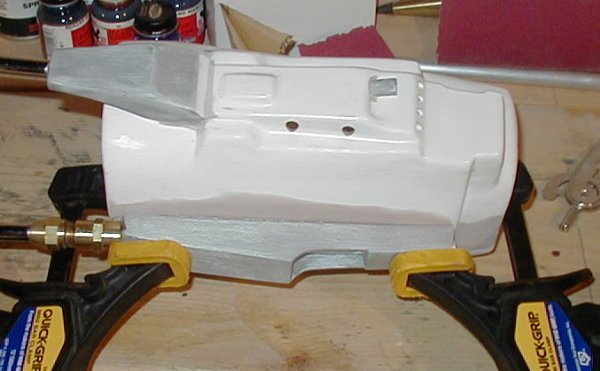 I am very curious as to how these will turn out!!

Looking very good as always. I like how you keep everything very clean and organized, working out all your electronics beforehand rather than hacking it up after like me!

I find it interesting that you Bondo'd that side seam, just a personal preference thing?

ROTJ beginner, I’m getting there…

ROTJ beginner, I’m getting there…