Hello! This is pretty much my first post, other than asking for a bit of advice with the templates. But I finally got my helmet going, made from greyboard. Obviously following the many tutorials and amazing work that others have already put in. So far it's going pretty well, with only a small amount left to do, I don't think it'll be long until I'll be starting my second!
I have come across one problem, I have used multiple layers of Polyfilla on the dome (UK version of Bondo I believe? Multipurpose filler essentially), and sanding in between layers. My problem is that I sand and uncover rough patches, after filling these rough areas and sanding again, more patches appear (can be seen in image). Is there a way to further remove these patches? I had the idea that primer would fill the smaller holes, but these seem too large.

Also, you can probably see that the dome itself isn't perfect in shape, but this was an error I made that I thought I could fix a the filler stage. Therefore instead of using Boba's colour scheme, I will instead make it to my own personal taste.
Maybe this idea will make me canon in the Star Wars universe 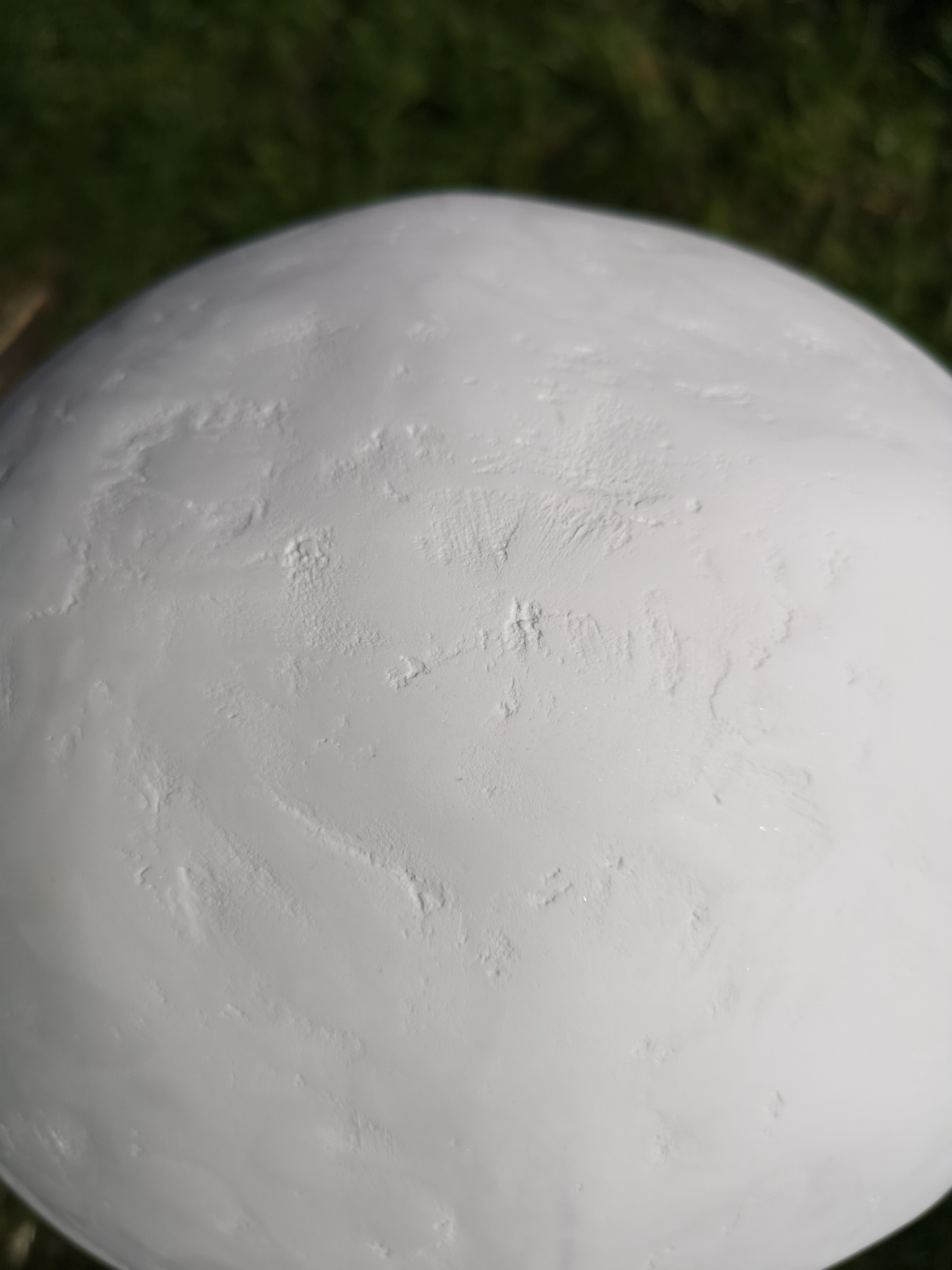 Any help is greatly appreciated

It looks to me like you may be going on a little heavy with your filler. That stuff cures pretty hard and is going to take some elbow grease to sand back down to a uniform surface.

I would just sand the dome down until those rough spots disappear. Then you can use very small amounts of filler with sanding in between to even it all out. It's cumbersome to bondo the whole things at once...just go in small amounts with curing and sanding between applications.
T

Thanks for the reply, I was a bit hasty in putting a lot of filler on at once. I have given it around 3 coats and left each one overnight to dry before any sanding. But like you said I will try and get rid of those spots completely and apply some thinner layers.
You must log in or register to reply here.
Share:
Facebook Twitter Reddit Pinterest Tumblr WhatsApp Email Link