Hey everyone, while looking at HD screen grabs of Boba Fett from ESB, I noticed damage that I haven’t seen being discussed before. Comparing the screen grab from the Bespin interrogation scene and the 1979 ESB promo pic, I noticed damage on the back bottom of the helmet under the “T-slots” that’s visible in the movie, but not in the promotional pictures. I wanted to shed light on this to see if anyone has any info about it or any theory’s on how/why it got there in the first place. I contacted Rafalfett for his wisdom as well as to see if we can get it added to his stencil’s as I think it’s a great optional detail, that can be added to gain accuracy. I always thought this damage took place years later for the ROTJ SE, but its definitely visible in ESB!

As we have discussed it in PM, the paint chip off occurred between the hallway transporting Han in carbonite and shooting at Luke scenes (these were shot first with Boba Fett in ESB) and the bounty hunters ensemble on the star destroyer. Another weathering that appeared between these 2 scenes is the small white smudge on the left upper mandible: 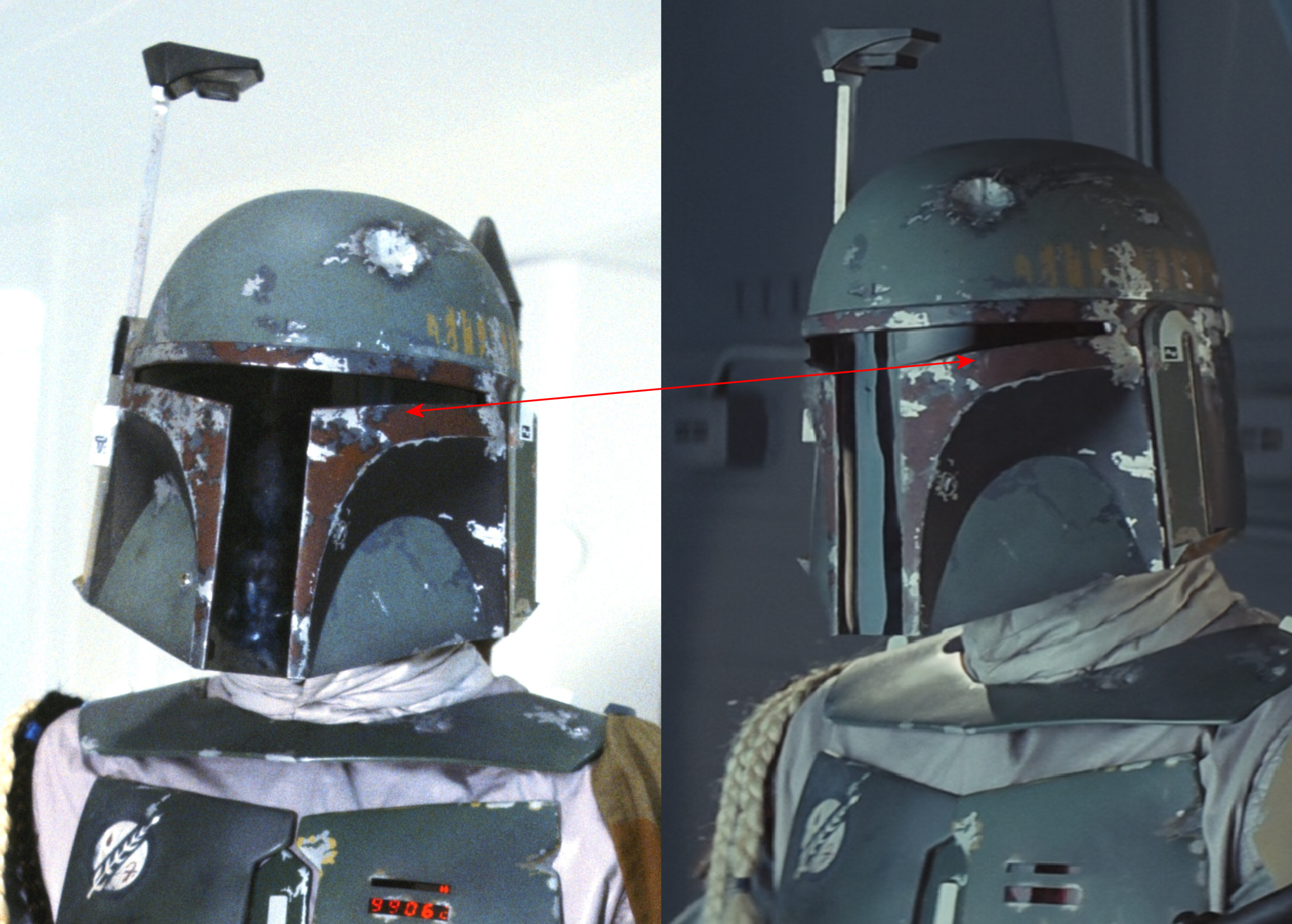 Another area with scratches occurred between takes was de front of the dome:

I think I will add the peel off paint under the rear keyhole as an optional feature on my ultra stencils.
Last edited: Aug 1, 2022