Thank you for the link!!

Preferred Vendor
no problem! Have fun!

This jetpack build is amazing. First time I've seen metal in the boosters.

Preferred Vendor
Thank you sir! The metal parts are made by Dark-side here on the boards. He sells them as upgrades for the resin pieces most packs come with. These packs will come with resin ones i will scratch build but im making the parts to fit Dark-sides metal upgrades so no altering is necessary

Started on the lower rocket. This is a plastic cup, some styrene sheet, a 1.5" PVC pipe and bondo. 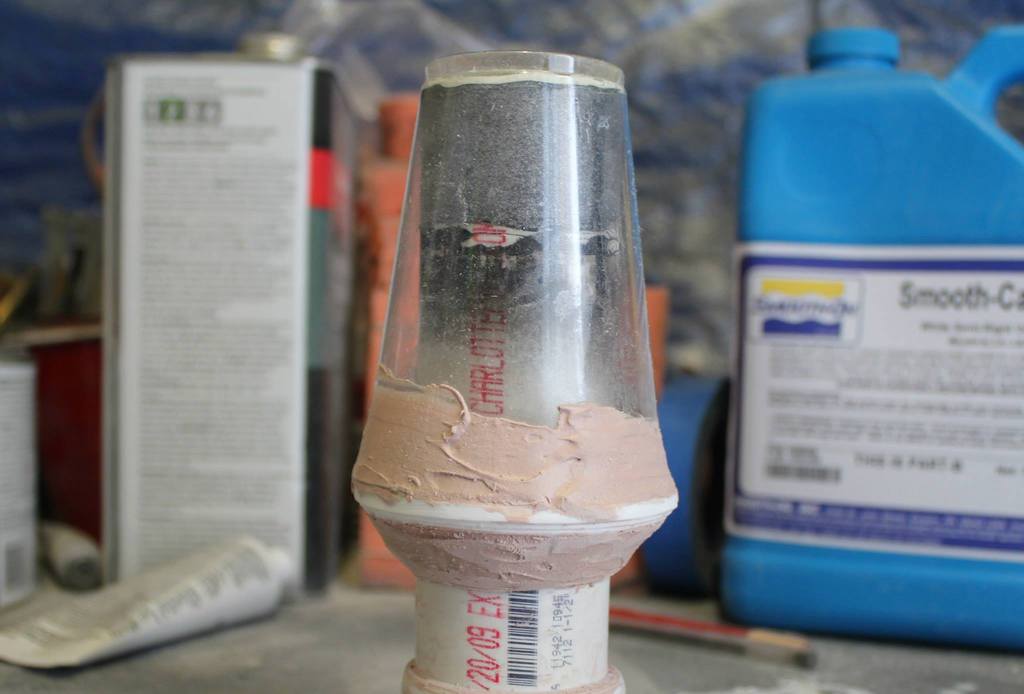 I may trim about 1/2" off the top, not sure yet, it seems like it MAY be a little tall. But anywhys, here it is so far, obviously not done 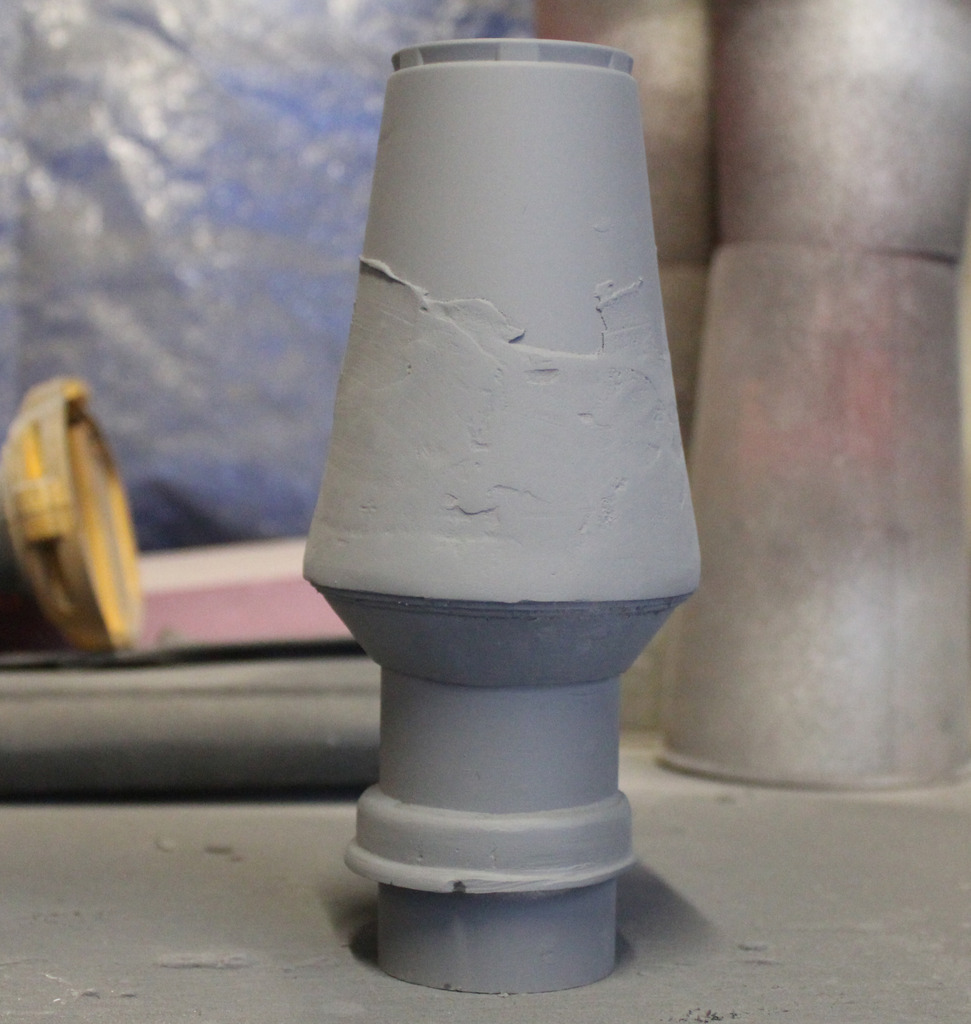 Preferred Vendor
Ok some more of this done today.. 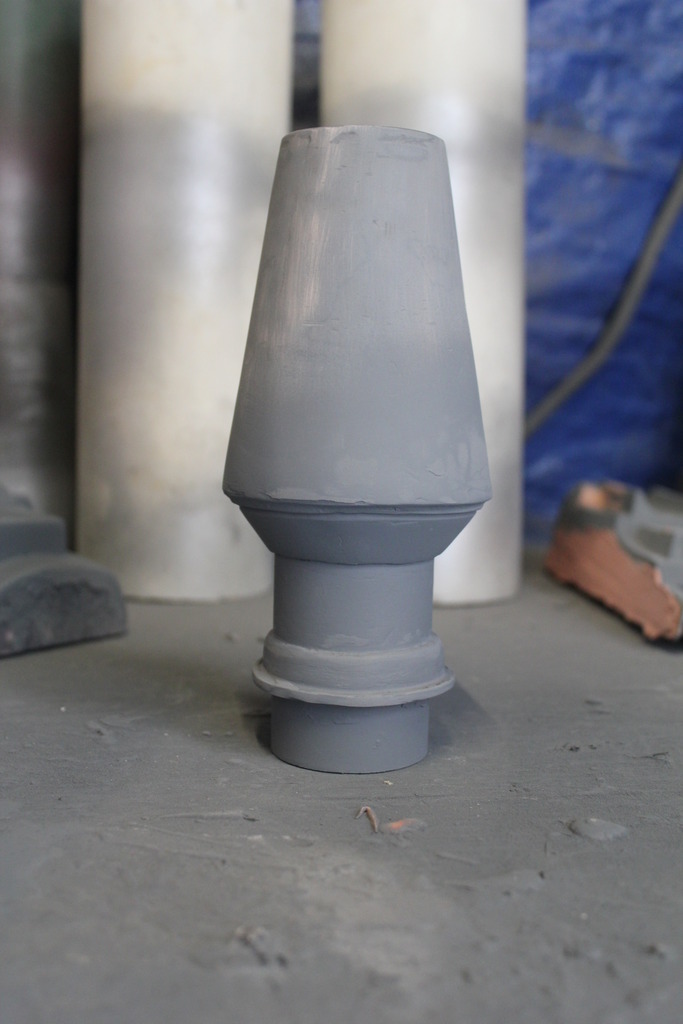 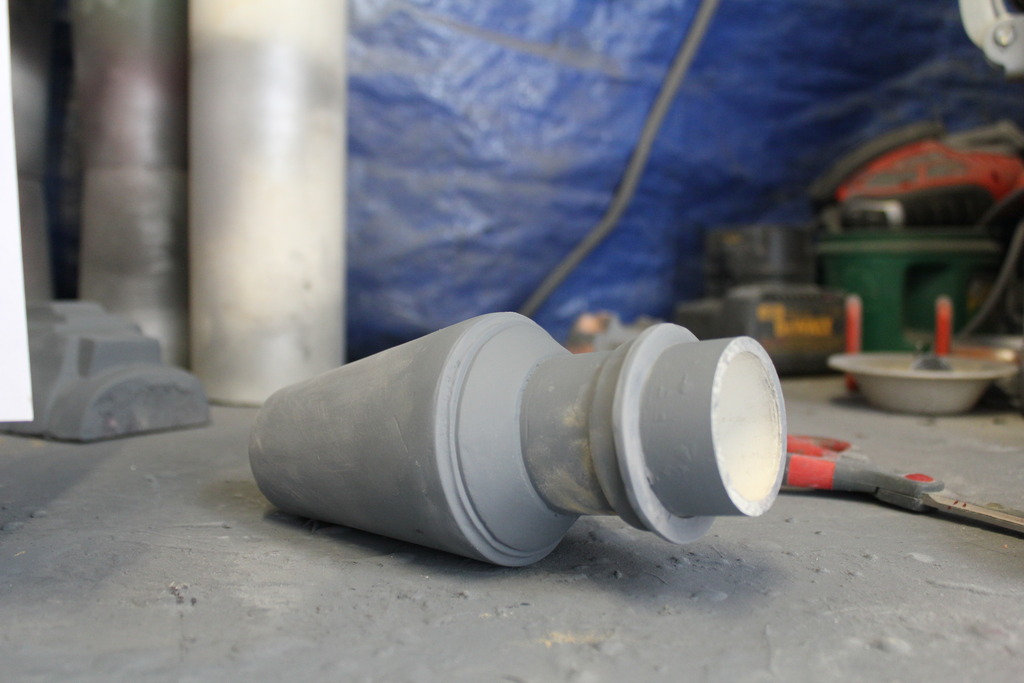 This is my favorite heheh... SOLO 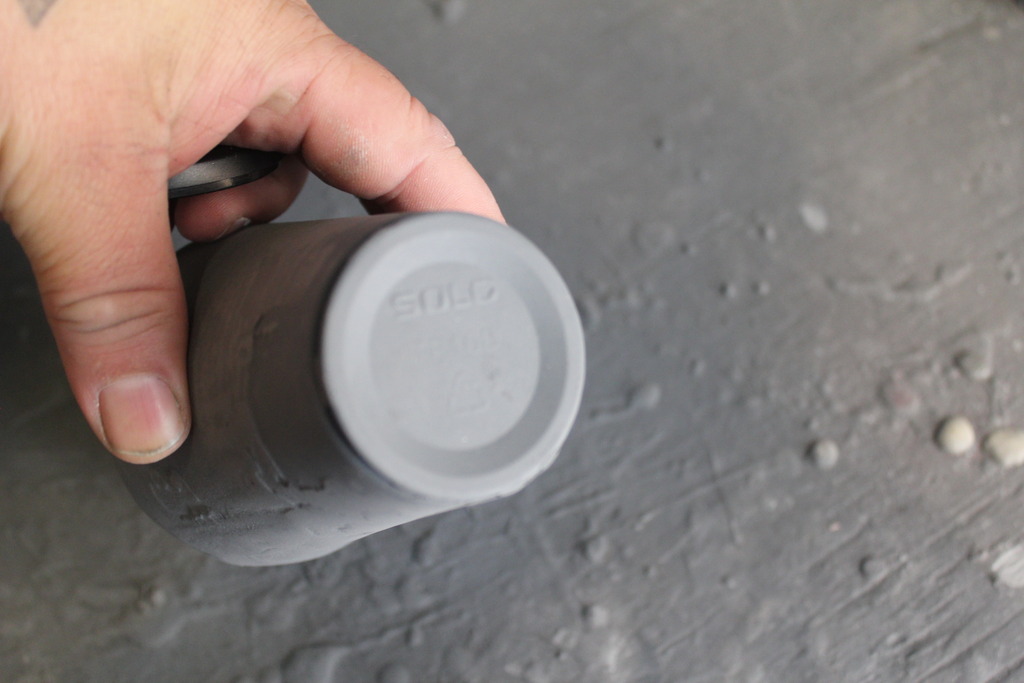 I think i may need to cut a little off the top..(like about where i put the orange mark)what do you guys think? 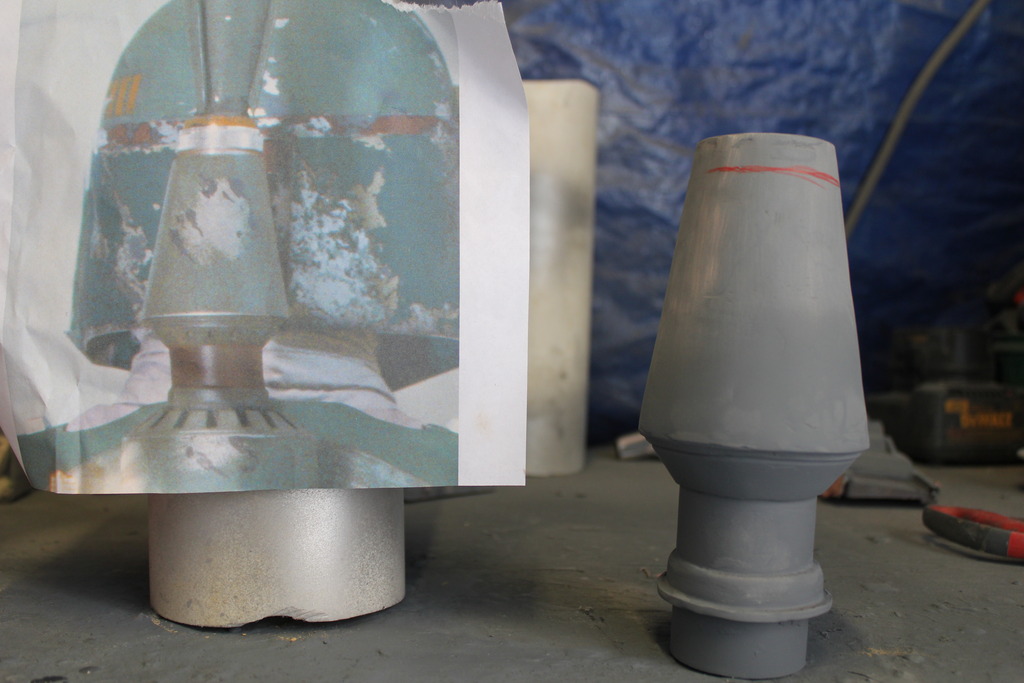 Looks great Lou. I agree about the orange line.
O

I love the solo cup on the top that is hilarious.

Preferred Vendor
Trying to get the gauntlets into the final stages to have them available soon, but i didnt forget about the jetpack..because well, i need a jetpack for myself! LOL! Within the next couple of weeks i will be making a dump mold of this lower rocket piece and casting one so i can fine tune it and get it ready to fit on the pack. I dont want to trim off the top and lose the structure of the part, so its better i canst one and trim the top on that, and also fine tune the details all at once on a solid piece. In the meantime i will also be doing the dump mold on the main body, as i cant do much more with it at this point because its made of foamboard/styrene. But hang in there folks still workin on this! ...while finishing 4 helmet paint-ups and starting 3 more! ...imma busy! lol
B

Dude! This thread is amazing! Totally reinspired me all over again to do a build! I've got 3 months to make a DVH quality jp it seems! Do you have a link or size info on the ice molds? Also, as for the spackle, is it vinyl spackle? That's what I use like Matty did with glue over it. I'm staying tuned for the rest of the thrusters too! ;P
-Gav

Preferred Vendor
Ok i did a tiny bit of work on this today... i made a mold of the top cap a couple of days ago ... 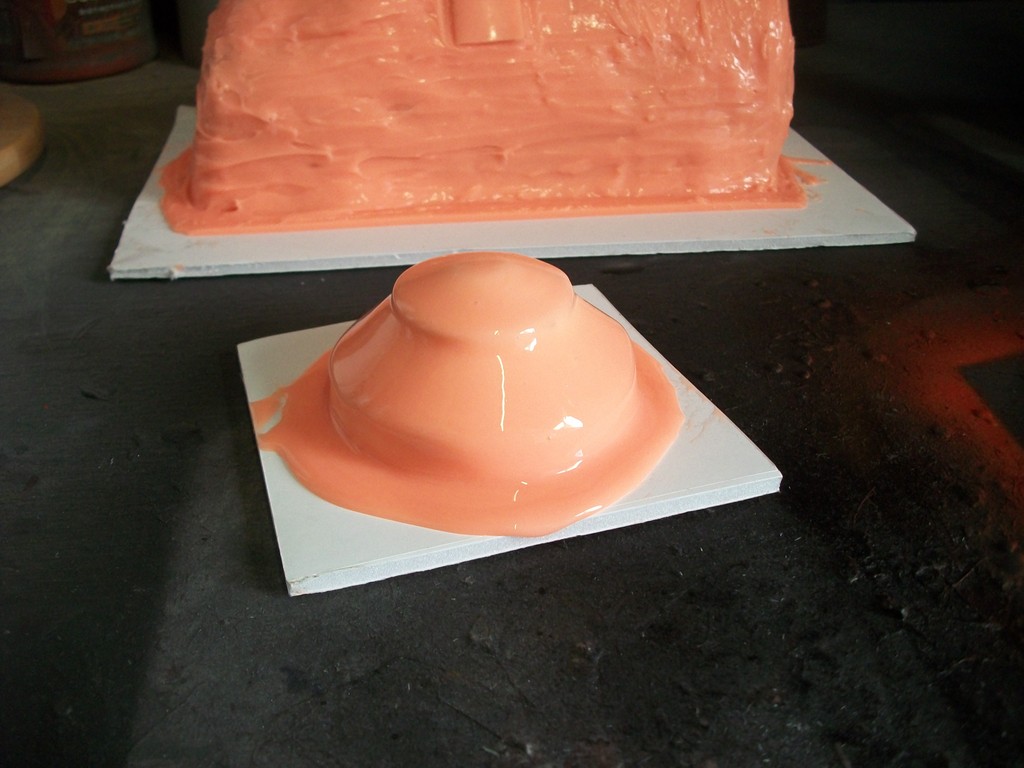 ....and i pulled my master out of it and cast a resin version..here it is next to the original before i cleaned it up.. 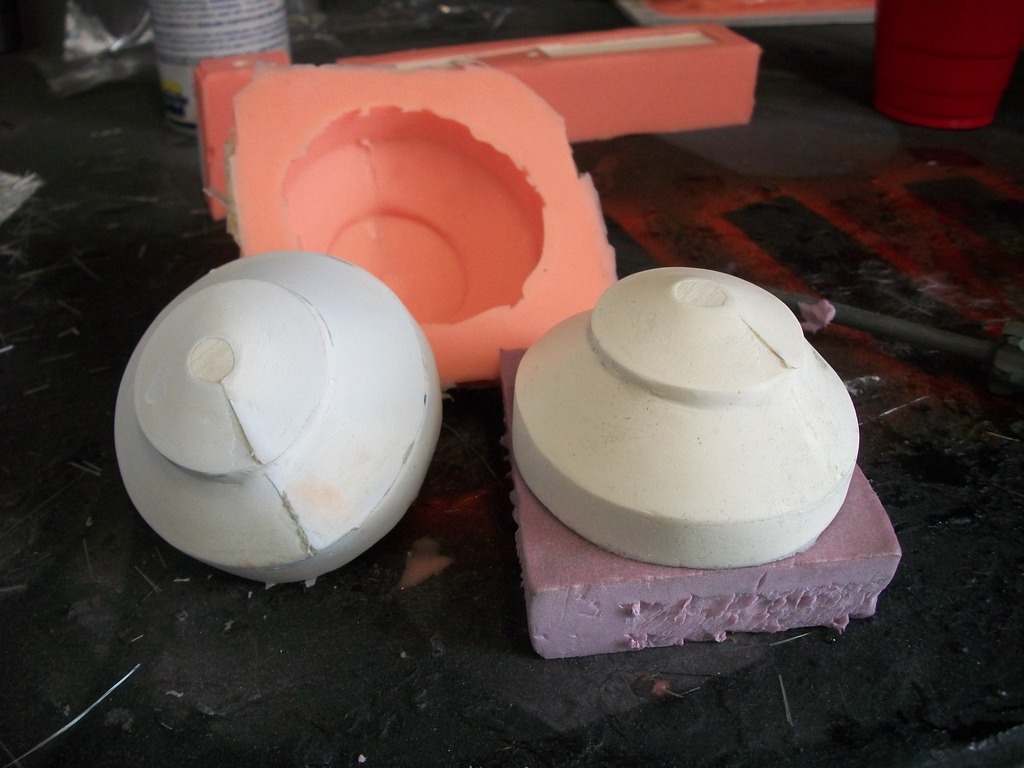 Here it is cleaned up 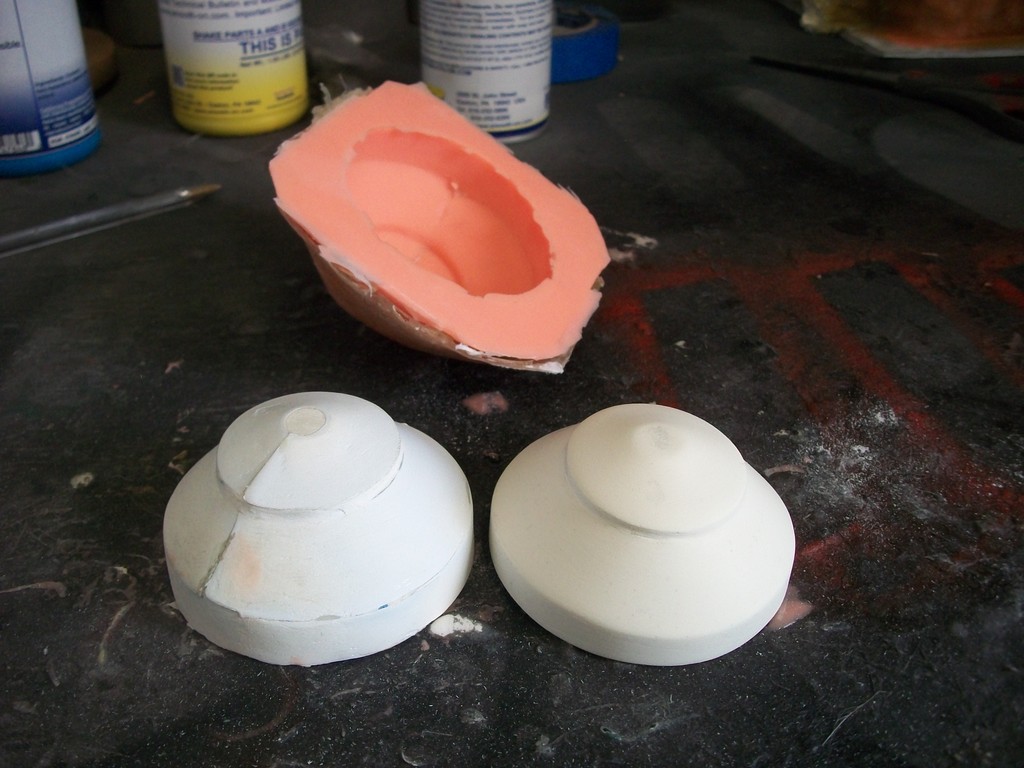 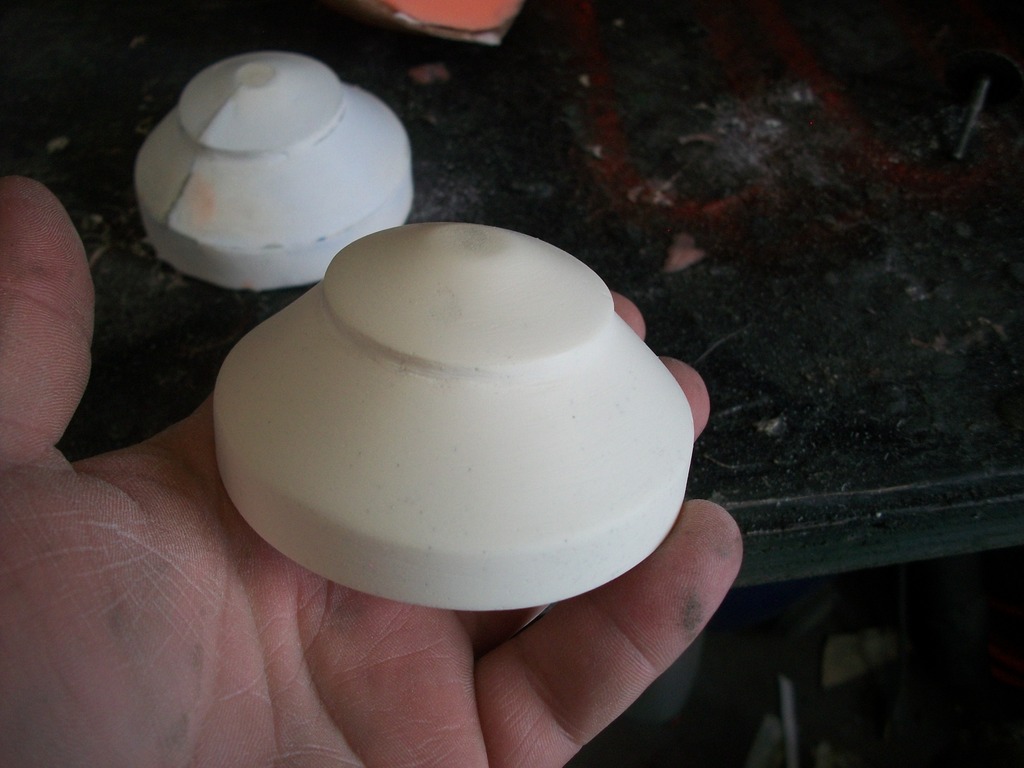 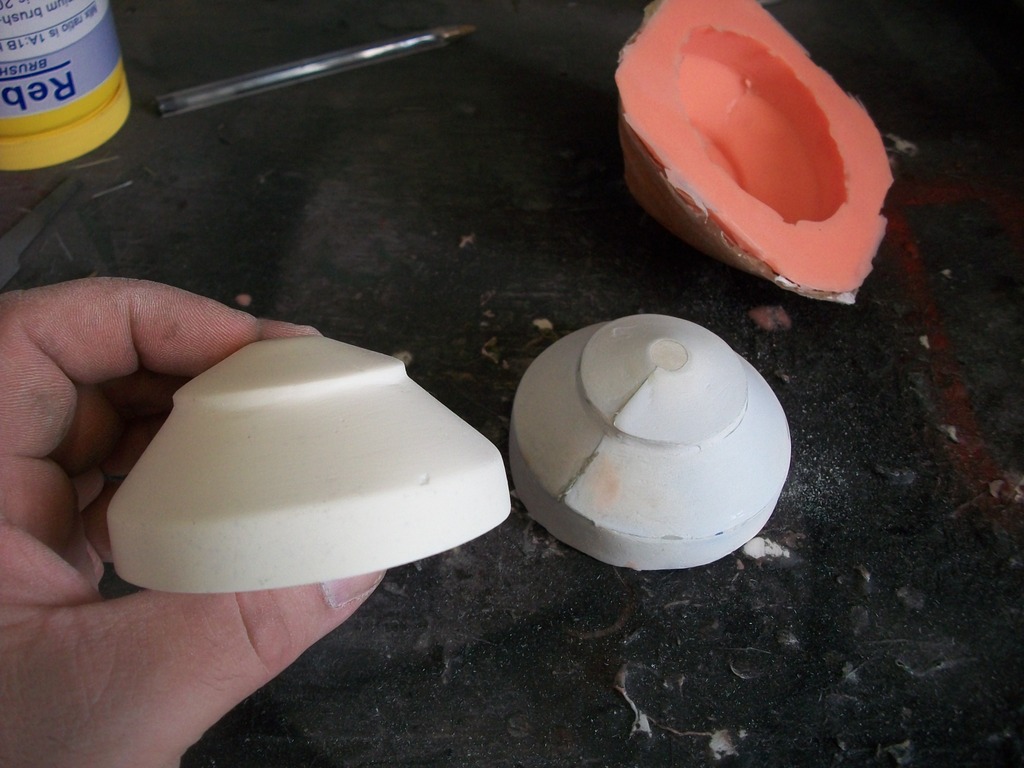 Going to need to do this same process for the lower rocket also.....as well as the upper rocket and the thruster cones

Sent from my SAMSUNG-SGH-I337

Preferred Vendor
Been working on the upper rocket and the thrusters..didnt snap any pics ...but i swear im workin on it! Went to a con this weekend and half my fellow troopers wanted to know where my Fett was...so im in full steam ahead gear to finish this so i can get my Fett back together and troopable!
Last edited by a moderator: Jun 15, 2015

Preferred Vendor
So i seem to have lost my camera either in the shop or somewhere in this office space...ugh. its gotta be here somewhere! So no pics right now...but i have the main body of the jetpack in rubber now. This will end up a dump mold because i need to make a couple of bigger adjustments to the pack that if i tried it with the foamboard/styrene pack i likely would have destroyed it. SO, im going to slush cast 1 pack in 65D urethane resin, and fix/clean up as much as i can on it. So hopefully in the next few weeks i'll be able to mold it again and get a good clean fiberglass castings from a nice production mold off a super clean master Thats the plan anyways.

i also made 4 teeth/piano keys and molded them as well. Im going to glue them on a strip of styrene that will fit onto the pack, similar to MOW's newer packs.

i have a real mitchel stabilizer i will mold for the resin one to be included in the kit. I also have the bottom greeblies i will also mold to include resin versions in the kit. It will or course come with a solid resin beacon as well.

Im having a local buddy of mine 3d model the toothed ring for the top of the pack where the rocket goes because the templates dont have the right amount of slots. I will have that printed and use that as the master

So this is moving along steadily at this point. Once everything is done, i will cast one pack and assemble it and make sure all is hunky-dory. If it is, it will become my personal Jetpack. Then i will do a small introductory run of 4 or 5. After that im going to TRY and have a couple in stock, or just do no money down small runs, rather than a rotational system of first in first out. These are a pain to cast, so i feel its best to do small runs randomly for me as i wont have the time to just pump them out as i do make other stuff for other costumes as well.
Last edited by a moderator: Jun 22, 2015

Preferred Vendor
Found the camera! See, i just needed to post here that i lost it ,and the good vibes i get from TDH, helped me find the camera lol. I'll have pics up of the JP in rubber soon!
B

Awesome update dude! How much do you think one of those kits will run?

Sent from my SAMSUNG-SGH-I337

Preferred Vendor
Not sure yet but im trying to stay within the average price ranges for them at about $300-$375ish. Gotta see what it will cost me to make and how much of a pain it is to cast lol.

Yay camera found, I'm looking forward to some more shots...
I hate miss-placing items in my work shop, especially when i have a running inventory in my head, (I know bad place, but it works well... until I miss-place something)

Ok here is the main body in 3 layers of rubber. 2 brushed on at the normal consistency of Rebound 25, and 1 with a thickener added to avoid too much run off and keep it where it needs to be. I added one more with the thickener and made it as smooth as i could and then added one more without the thickener. I will be flipping it over and doing the back in the next couple of days. This should be sufficient to get at least 1 cast out of it. If im lucky i can get 2 and make one into a custom design. 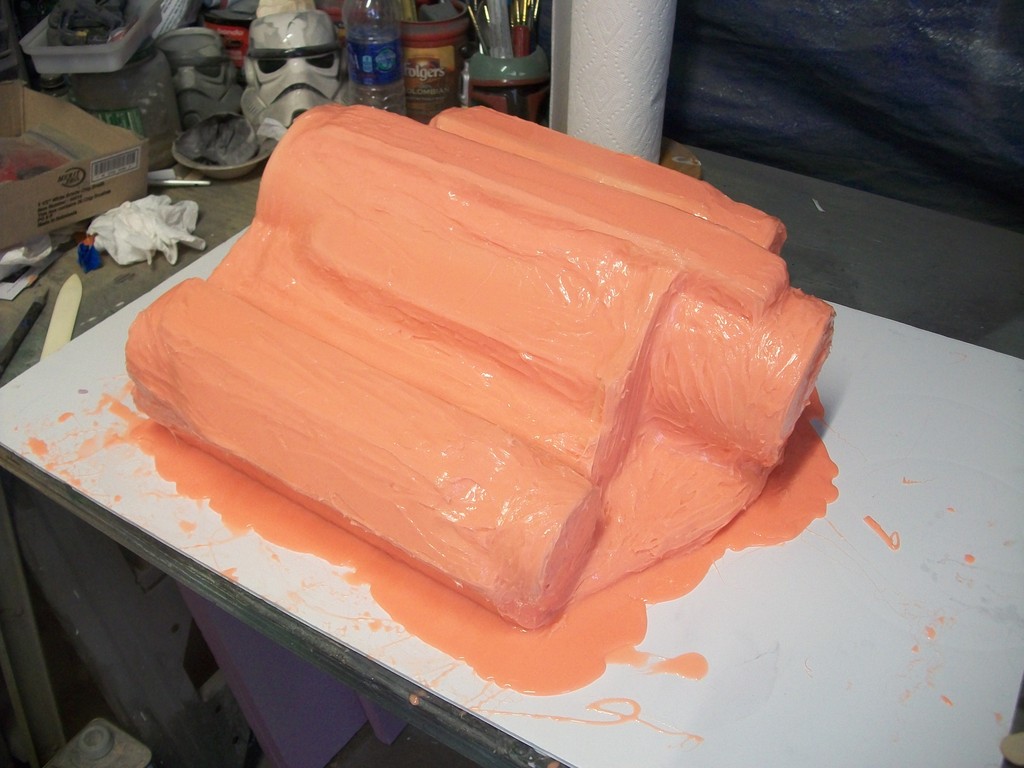 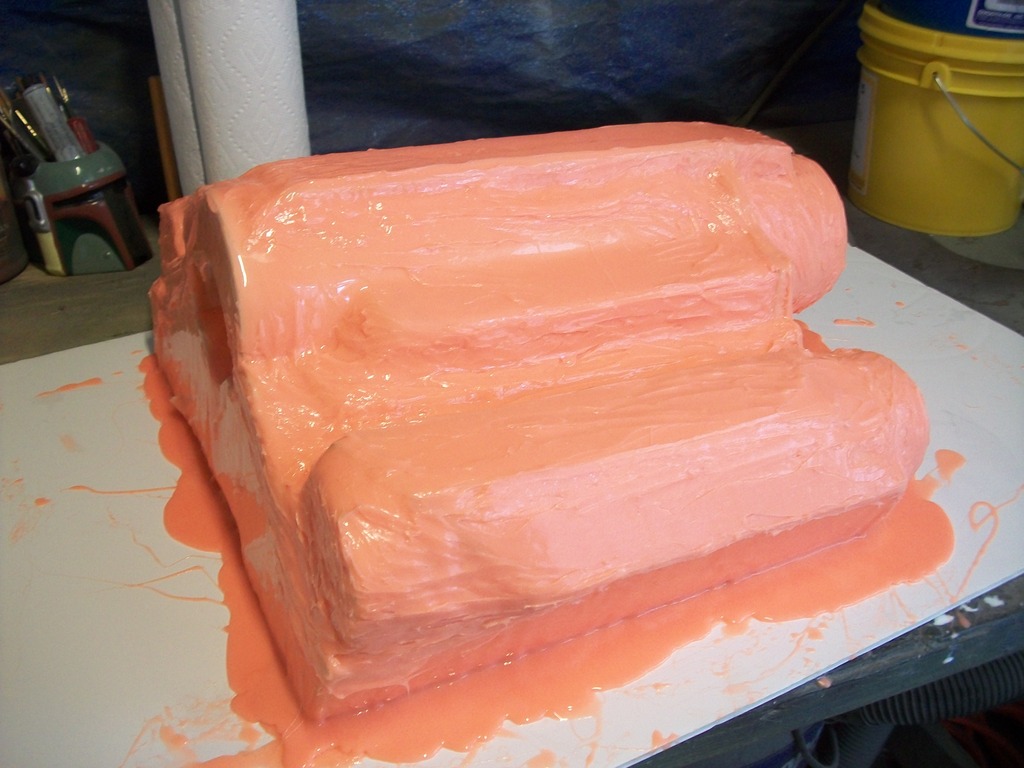