Wasted Fett said:
I sorta stopped posting because of the negativity (other peoples and mine). I didn’t want this forum to trigger that
Click to expand...

Come back. I enjoyed our discussions. We often didn't agree but that doesn't deny the validity. Too many have removed themselves.

intwenothor said:
Nobody ever mentioned a transaction but you. You got bent out of shape over perfectly straightforward language. My statement was factually correct.
Click to expand...

I will also stay on topic and won’t continue beating a dead horse. Quality matters. Nothing gets sent out with b-grade accessories, orange peel abs, uncured helmets, or broken pieces for a new commission. Quality comes with a price. That’ll be my last comment in this thread.

I will also stay on topic and won’t continue beating a dead horse. Quality matters. Nothing gets sent out with b-grade accessories, orange peel abs, uncured helmets, or broken pieces for a new commission. Quality comes with a price. That’ll be my last comment in this thread.

As it's your last comment then great; you won't feel the need to reply to this.

I refer anyone else to my first response. My Opinions are laid out there in an objective fashion, before Robert got upset.

You're all free to make your own choices. I always do. About everything.

The two I have experiences with so far are Wasted Fett and Minutefett. I have FPH2's from both of them and one of the new hero helmets from MF (WF makes his version called the Fugly too). I personally recommend getting either the Fugly or the MFHero helmet at this point. I don't know what the Fugly goes for. MFHero is listed at $450.

My WF FPH2 was purchased around June 2018 for $325ish. I had it painted by Superjedi earlier this year. Excellent quality helmet and excellent quality paint up. It looks like it is now listed at $295. Not sure if that includes shipping or not. 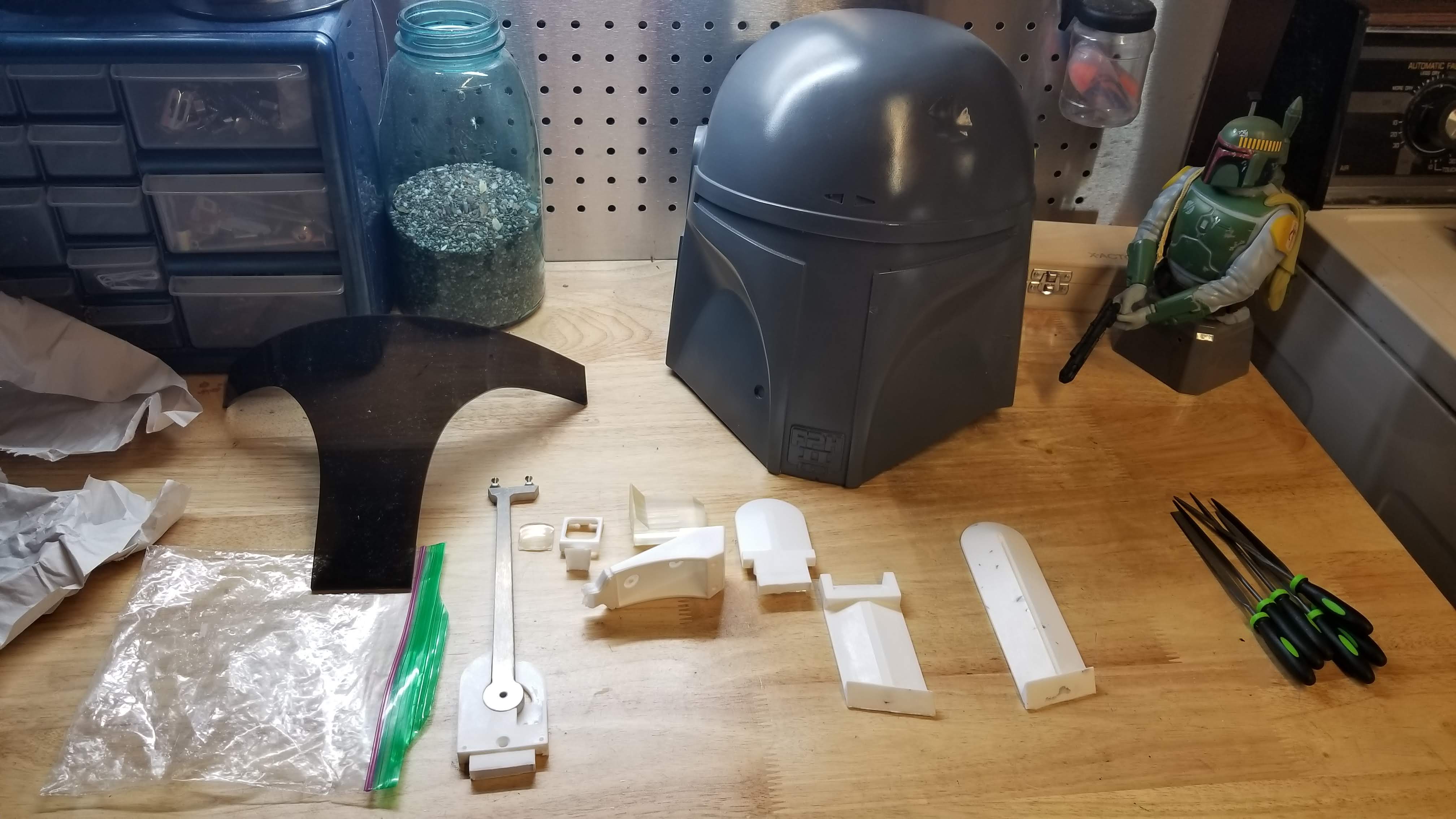 The Minutefett FPH2 I purchased was from earlier this year and was also a great casting, but it did have a tacky finish to it. The MinuteFett FPH2 is listed at $250. Not sure if that includes shipping or not. I bought that during a buy 1 helmet, get 1 half of sale on Etsy so it was even less money and I got a Mando helmet at the same time for a total of $340 shipped. I think I wasn't paying attention and put an extra bolt in the photo below - my bad. 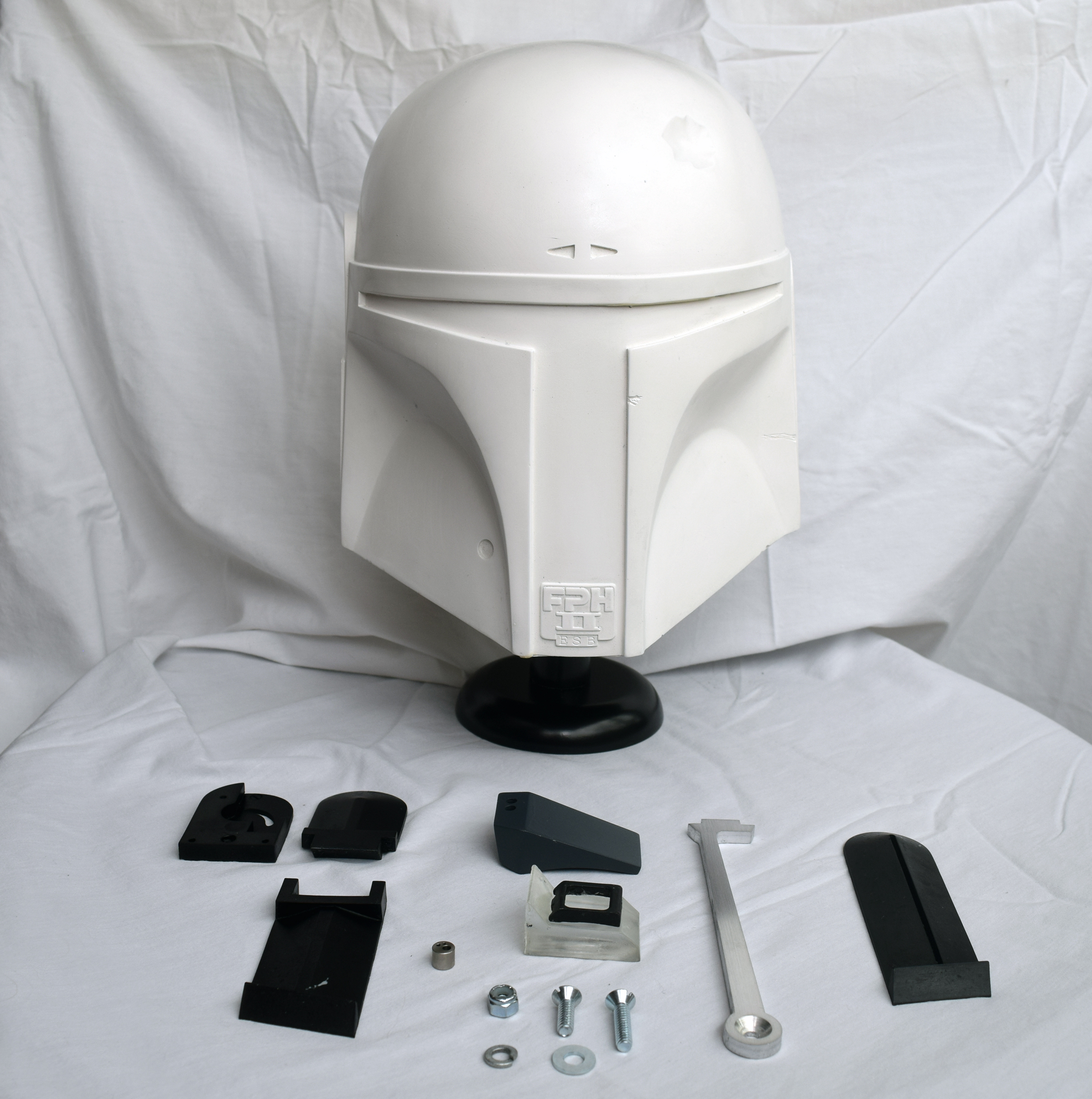 In the photo below, on the left is the MF FPH2 from earlier this year and on the right is my finished WF FPH2 painted by Superjedi. Please excuse the shadow - the sun moved. 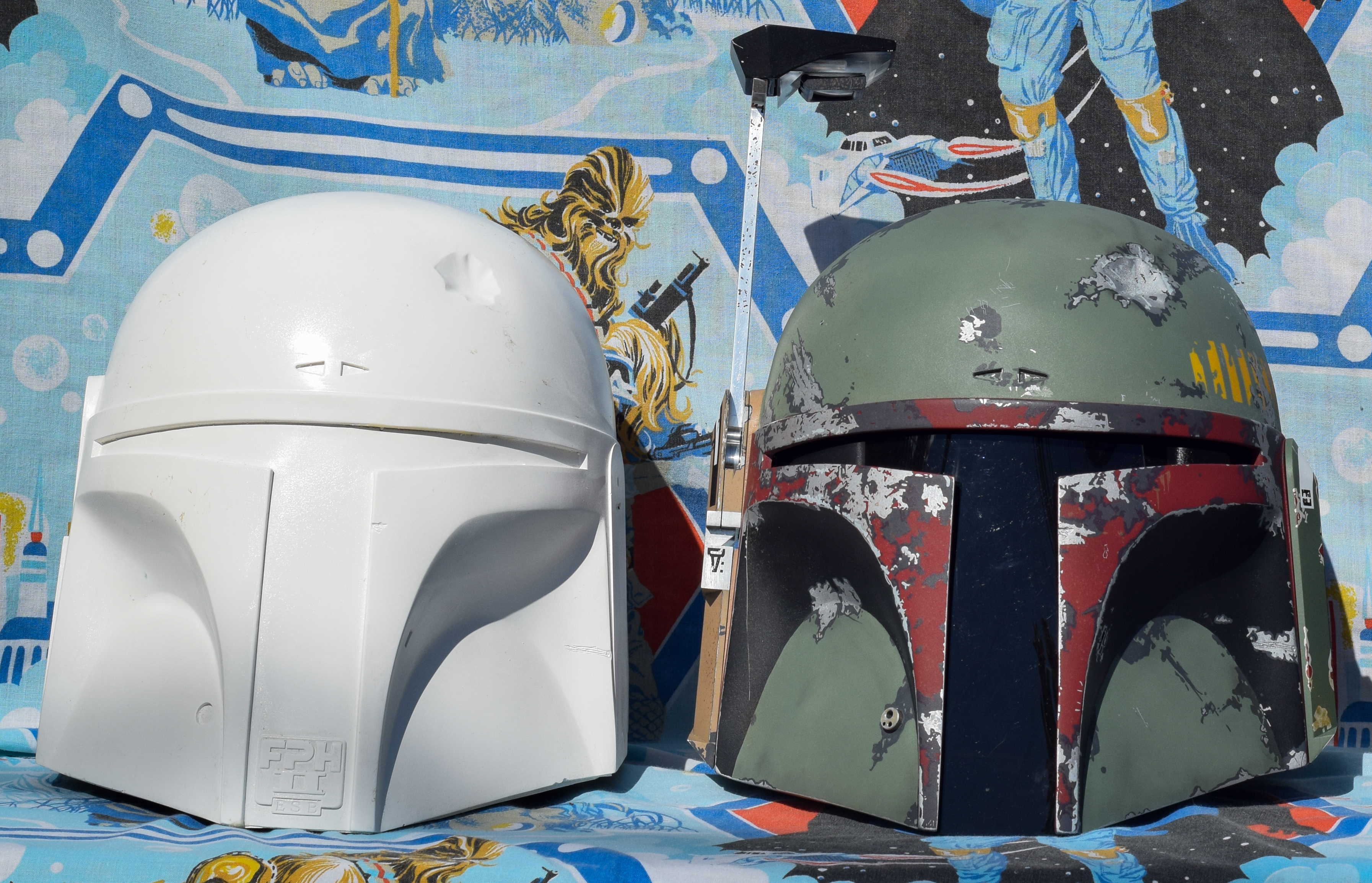 I have also recently received one of the new ESB hero helmets from Minutefett which had the same finish as the WastedFett FPH2 I have. The hero helmet casting is MF's best quality I have seen so far.

My assessment is this, MinuteFett is newer to making props. He has made more documented mistakes, but says he will fix anything that isn't right as he is still learning how to do this. I believe his prices reflect this as well and it is worth noting that he has offered a lot of sales. I scored that FPH2 for half off because I bought a Mando helmet. It also helps that he is a nice guy.

Wasted Fett has been making props longer and I don't think I have ever seen a thread regarding him making a mistake. A little more expensive because of his experience and quality control. Also a nice guy when I met him at SWCC.

We all need to try to be nicer and more objective - including me. I like my WF stuff and I like my MF stuff because I like Boba Fett stuff.

There are also several other makers that make quality helmet kits at varying price points, so you aren't just limited to these two. Find someone you like working with, but also don't be afraid to try out additional vendors.

For transparency: I used to do helmet casting work and armor pulling for Wasted occasionally when the circumstances called for it. Prior to this I purchased 1 (one) FPH2 back in 2016 from him and it was great quality. I had previously purchased a GMH from Woodman that was made by Fettpride himself and an Animefan MR Premium helmet, in cold cast.

Before working with and for Wasted, whenever a commission was sent to me from a customer that I hadn't worked with before, I'd do a video review on my facebook page, so I've seen a number of helmets from different makers, even the shoddy ones from eBay/Etsy.

From a non personal specification standpoint (IE no comments like "this helmet was too big for my frame etc):
Animefan MR Premium (I have yet to work with an Animefan FPH2): Animefan has always had really good quality control, there was very little hardware included in the kits as most of it was cast directly into the ears itself, I think the only thing I needed to "put together" was the hardware for the rangefinder and the stalk. The casting quality was fantastic and prep was great, aside from MAYBE a few pinholes here and there that I had to fill.

GMH from Fettpride: Great casting quality, I didn't get this direct from Fettpride so I didn't have to wait years for it. Prep was easy. This was one of his gelcoat resin and fiberglass helmets from before he made them in resin only, or opted to use only fiberglass resin to cast the helmet itself which led to numerous cracks in helmets made this way.

Wasted Fett FPH2 ESB:
As stated above, when I got this in 2016 it was going to be for my personal build. Wasted has since made significant improvements to the kit and it's hardware as the mold he received from Fettpride had several feature missing back then. The ears now have recesses for magnets, the MQ1 circuit board and borden are cast into the helmet (yay! no more filing the keyslots! haha), the stalks have a recessed hole for the screws to sit in so the ear cap sits more flush with the helmet without too much fussing. All in all it's a great kit that captures the look of Boba in ESB really well, dubious origins from Fettpride aside.

DVH ESB kit:
I have worked with 2 of these kits, one a straight ESB build from waaaaaay back in 2015(!) for a commission and a more recent one in 2018 that I converted to an ROTJ helmet. The first one I received had some pinholes in it during prep, like the animefan, not a HUGE issue, just fill them, sand, and move on. The second one didn't have pinholes, but in his pursuit to have the flare and pushed in brow like the screen used helmet, DVH accidentally shortened the front to back profile of the helmet giving it a squished appearance. Fret not! DVH's new helmet offering has corrected this! I haven't received one yet but they look great.

Bobamaker v3 and v4:
Not too much to put here, the v3 was closer to the GMH in size though slightly larger, the v4 is just under FPH2 size! The ears are now cast into the helmet, which is and isn't a problem depending on how you choose to assemble and paint your helmets. Personal preference thing. They look great though, however they don't have the ESB damage in the cast so you can take the kit and turn it into ESB or ROTJ.

EP/Artakha Helmet:
This one kind of flew under the radar, it was initially a cardboard build then molded and cast in resin back with fiberglass. About the same size as an FPH2, casting quality was pretty stellar, though I never got to paint it up so no prep was done; I can't comment on the ease of prep and if there were or weren't any issues with it. I'm actually not even sure if he produces these anymore!

MF stuff:
I haven't paid for ANY of MFs stuff, I was sent a Mandalorian helmet for free recently by him as well as a pair of the lineage ROTJ shoulder armor to review for my facebook page (I've been too busy with RL work, backed commissions, and other issues to even do this). The casting quality on the Mando helmet from MF wasn't bad at all for a fledgling prop maker, the ears were a little soft on it with a bubble or two here and there (again I haven't prepped this yet at all so I can't comment in that regard) but overall it's a solid helmet and the fiberglass work on the inside is even and not poky which usually happens with newer makers, though as MF has stated in another thread he isn't making these anymore and is focusing on Fett it seems like? The shoulders are super cool, a little bit of orange peel on the edges, which again I'm just gonna chalk that up to being new at casting/pulling. Hopefully soon I'll have a chance to see one of his newer casts to actually paint!


This whole post probably isn't helpful at all lol. The only helmet I'm particularly fond of is the GMH, something about it's shape is really appealing for me, it makes a great PP2 helmet (for extremely obvious reasons) but also a great ROTJ helmet. Solely for an ESB helmet you can't go wrong with an FPH2, or DVHs new sculpt.

intwenothor
THIS is what I had in mind when I started the helmet comparasion thread a while back that quickly evolved into something else entirely (which was still super helpful in trying to understand the rabbit hole that is the Fett helmet and and Im glad for all the responses I got).

My bad for not being able to express this very well back then.

@everyone als on this thread:
Thank you for the compilation of Info... so much condensed Fett know-how...

Alex's post is one of the best I've seen here in a long time.

Looking to buy/make my first helmet!

Looking to buy/make my first helmet!