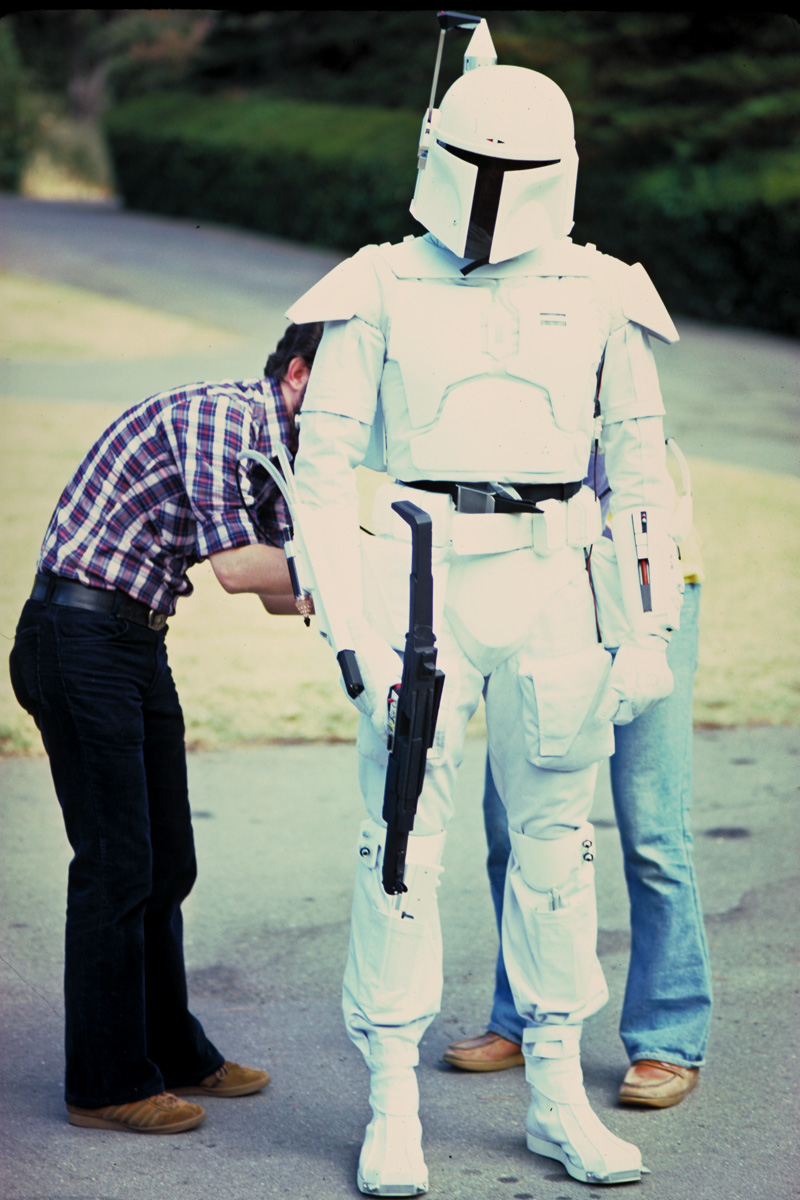 On June 28, 1978 a 20-minute black and white screen test video was shot behind George Lucas' house in which sound designer Ben Burtt &quot;hosts&quot; Boba Fett's reveal for Lucas and crew, describing the different weapons, functions, and characteristics of the costume. In this video, the Supertrooper costume is worn by the Empire Strikes Back's assistant film editor Duwayne Dunham.

Note that Boba Fett's serape is a Star Wars branded beach towel featuring Darth Vader. Also seen in these photos is Boba Fett's &quot;Automatic Blaster&quot; or &quot;Laser submachinegun&quot; as note by ben Burtt, which is a replica Uzi, with a glaflex flash tube for the barrel. This was later replaced with the more infamous BlasTech EE-3 based on a Webley flare gun.
Click to expand...
There are no comments to display.