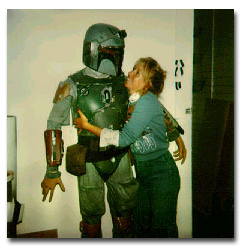 While Joe Johnston is often considered the father of Boba Fett, Sandy Dhuyvetter is considered Fett's &quot;mother.&quot;
Click to expand...
There are no comments to display.