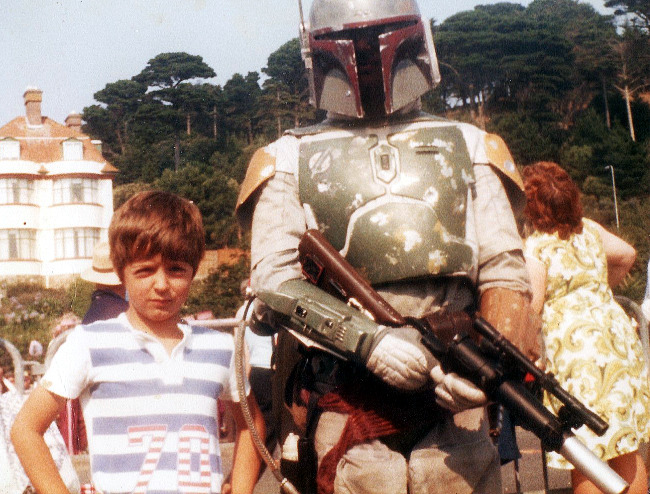 This photo depicts Promotional Armor 3 which is accompanied by the First Prototype Boba Fett Helmet.

Note the Empire Strikes Back Blaster Rifle which has slightly different detailing than the rifle used in the film.
Click to expand...
There are no comments to display.