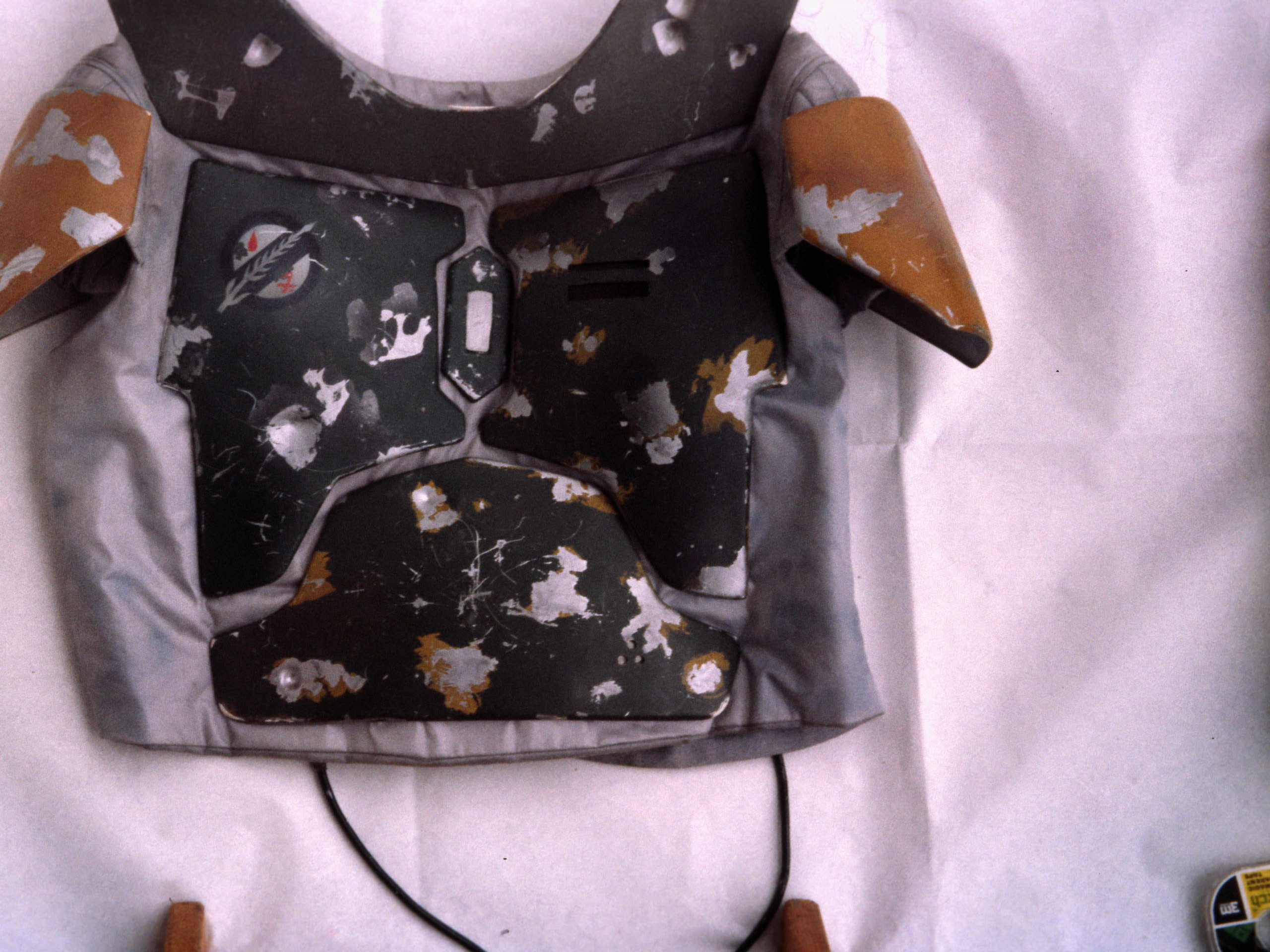 These photos depict Promotional Armor 1 which is often accompanied by the Return of the Jedi Boba Fett Helmet.
Click to expand...
There are no comments to display.