Hello Fellow Fett's!
I know this isn't part of the ROTJ (Hero Variant) Boba Fett Costume, but I had to pick this thing up. I got it from Screen Accurate Tracking FOB Kit for Mando Cosplay with Blinking LED
This guy has an Etsy store and is selling them on there for $19.99, but also has a store front (Link above) and is selling them on there for $16.99 (Includes Shipping!) Why not save a few bucks!?

I received it last night. Not a bad little Tracking Fob kit for under $20.00! I hit the grey pieces in a chrome silver and then scuffed it with sand paper for that scratched effect, Once I get my airbrush (Fathers Day) I may hit it with a few mists of black to dirty it up a bit. Here is a screen shot of the Mandalorian and my Tracking Fob. 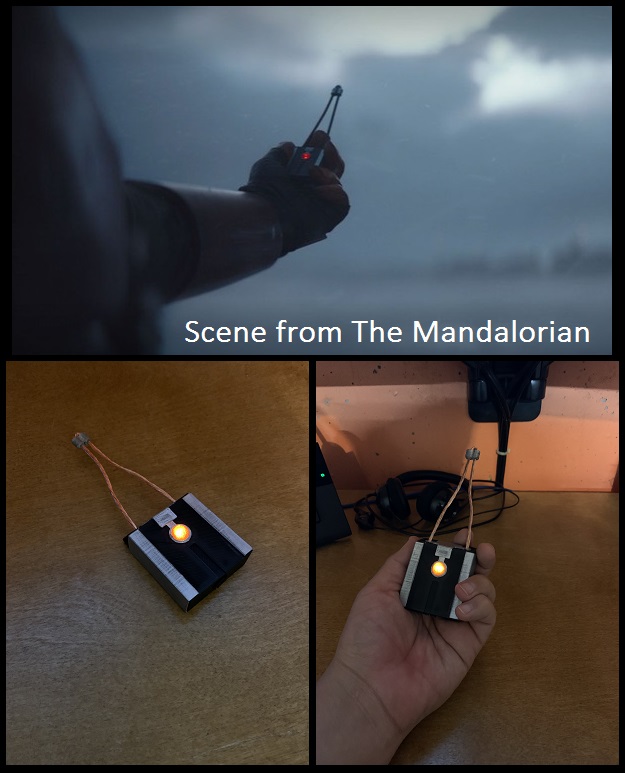 Again, looks pretty spot on. If I had any issues with it, it would be that the LED is not that bright. Also the LED looks orange in my pictures, now it maybe the lighting, but I can confirm it is more of a reddish/orange. I think this'll fit nicely into Arkady's Side Pouches. I'm getting a full flight suit from her, which should be in my hands in 48 hours! I'll letcha know how it fits! Even though we don't see Boba break this device out in ESB or ROTJ, I can only imagine he certainly held more than a few of these while tracking a bounty he was after. While wearing my ROTJ Hero Boba, if I break it out, I suspect more than a few folks will recognize what this device is.

I received my Arkady ROTJ Flight Suit I got the full setup from her (Flight Suit, Vest, Ankle Spats and Pouches). All I can say is WOW! Being new to the world of Cosplay I really don't have anything to compare it too. In my research, I just took it on blind faith that what you guys said on here about Arkady was true. The material she uses on her suits certainly doesn't feel like a cheap Halloween costume! I think it's fair to say that Arkady sets the standard for Fett Flight Suits! Everything fit on me like a glove!

I was curious how the Tracking Fob would fit in the pouches - As you can see, not a problem.... 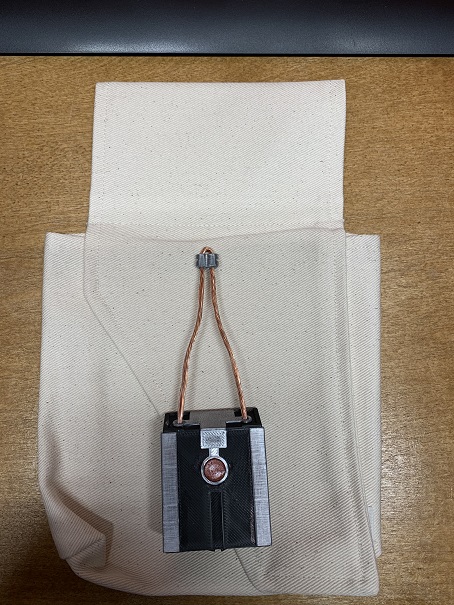 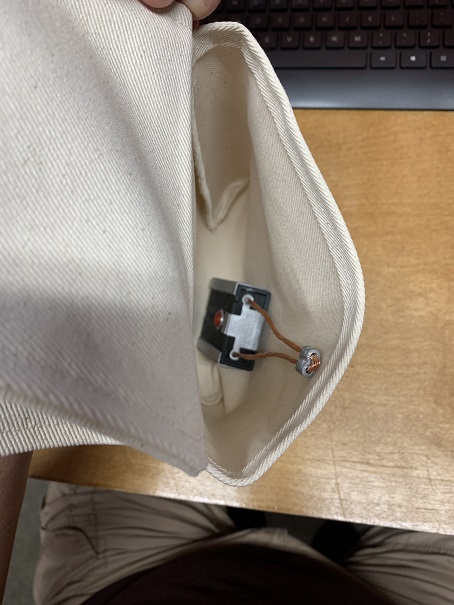 F
QUESTION: ANYONE KNOW THE EXACT NAME FOR THE ROTJ BARREL T-TRACK?

F
QUESTION: ANYONE KNOW THE EXACT NAME FOR THE ROTJ BARREL T-TRACK?