TDH PREMIUM MEMBER
Hello Fellow Fetts,
My apologies if this topic has been discussed (I couldn't find anything on it though - via searching) But after seeing the second season of "The Mandalorian", I had a few questions up for debate....(Potential spoilers for those who haven't seen those episodes - My apologies)

First off, how freaking awesome was it to see our hero back in action and not showing those Stormtroopers any mercy? Like all of you, I'm so stoked in seeing "The Book of Boba Fett" this holiday season!

OK.....and down to business...
I know our Fett-World is ever evolving. It is just fun to be nit-picky......hehehe. Now the 501st has made mention, in their latest iteration of the Left gauntlet that there should be a "slight but noticeable lip around the forward opening of the flamethrower housing."....this is kind of a two-part question/discussion..... 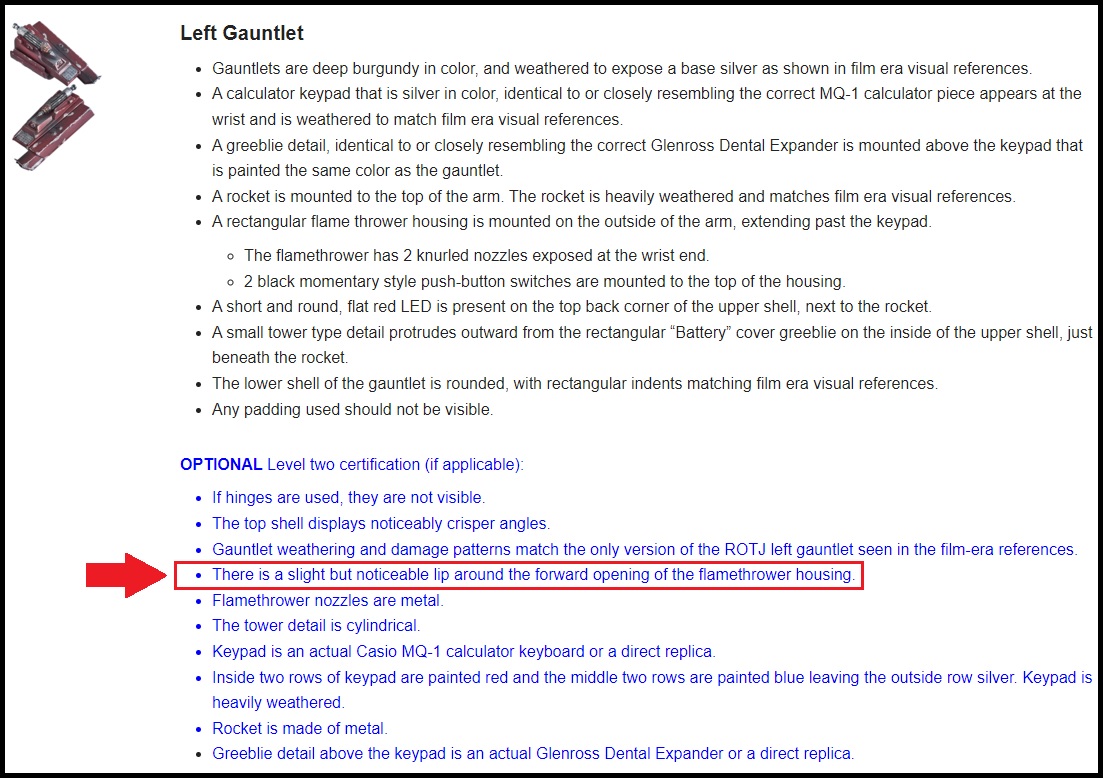 Firstly, The Mandalorian show, chronologically takes place after Return of the Jedi, correct? And those Gauntlets are presumably the same as we've seen in the Return of the Jedi. In The Mandalorian show, I didn't see that "slight but noticeable lip" around his Flamethrower Housing. Even in the very last episode of the second season, that post credit scene didn't have it either. 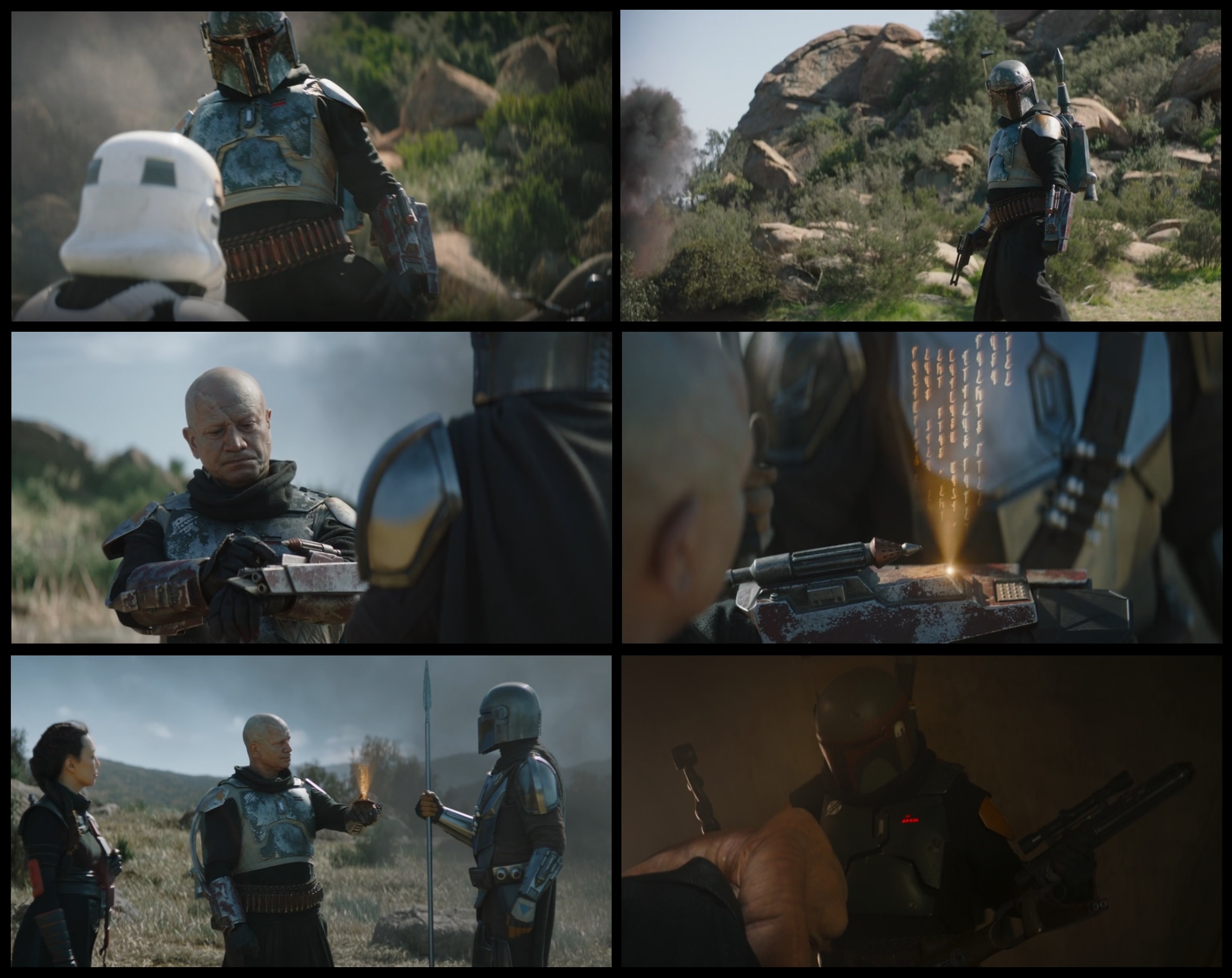 Are we to assume that either the Jawa's or Cobb Vanth removed that piece? (Also, personally, I was never a BIG fan of that piece and didn't include it on my Gauntlet)

And the second part of this is......I thought that the Left Gauntlet (Those Nozzles) was the Flamethrower? Now.....I know in Return of the Jedi we never see Boba Fett use the flamethrower, but a later artist rendition has him using it in the Sarlaac pit, which is where I think we got the notion that those nozzles were a Flamethrower.... 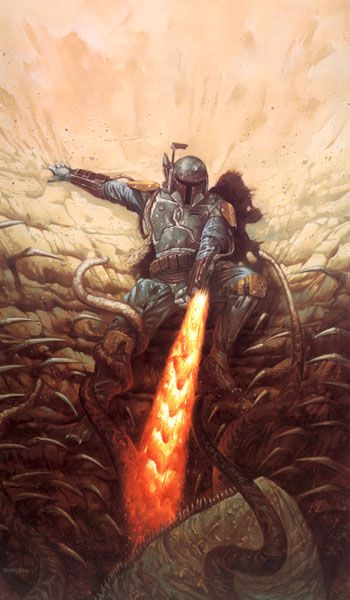 The only reason I bring this up is because in the Mandalorian we see.... 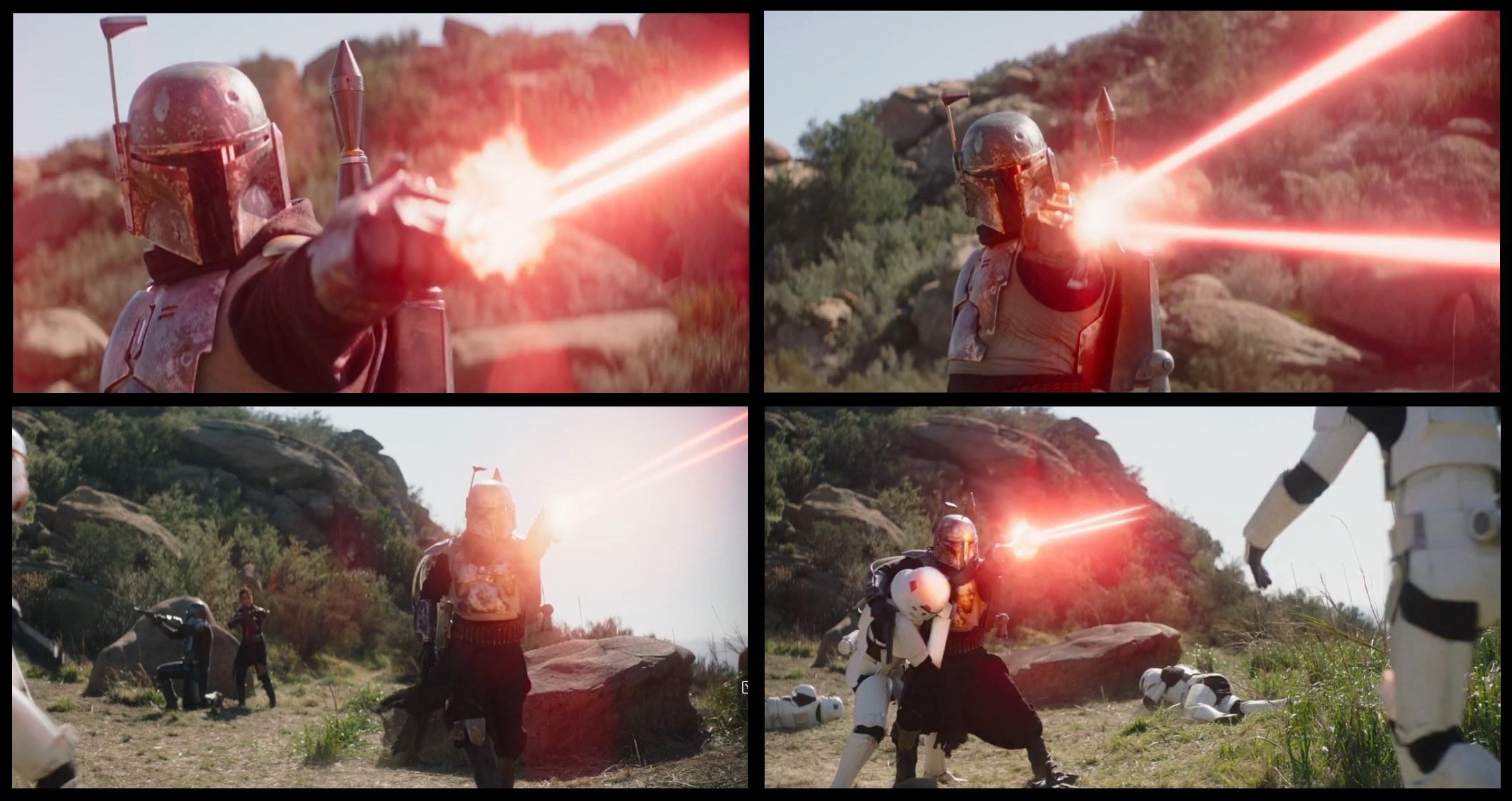 I think it shows pretty clear that those double laser blasts are coming out of the flame thrower nozzles. Or are we to assume that they are 2 weapons in one? (can be used for either a Flamethrower or Laser Blasts)

In ROTJ we see Boba Fett shoot a laser blast from what looked like came from the Gauntlet Rocket... 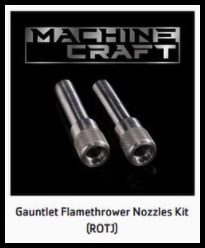 (Which are awesome pieces by the way and what I have on my Boba Maker Gauntlets!)

Furthermore, in the last episode of season two of The Mandalorian, we see Boba Fett use his Flamethrower, which is clearly on the Right Gauntlet..... 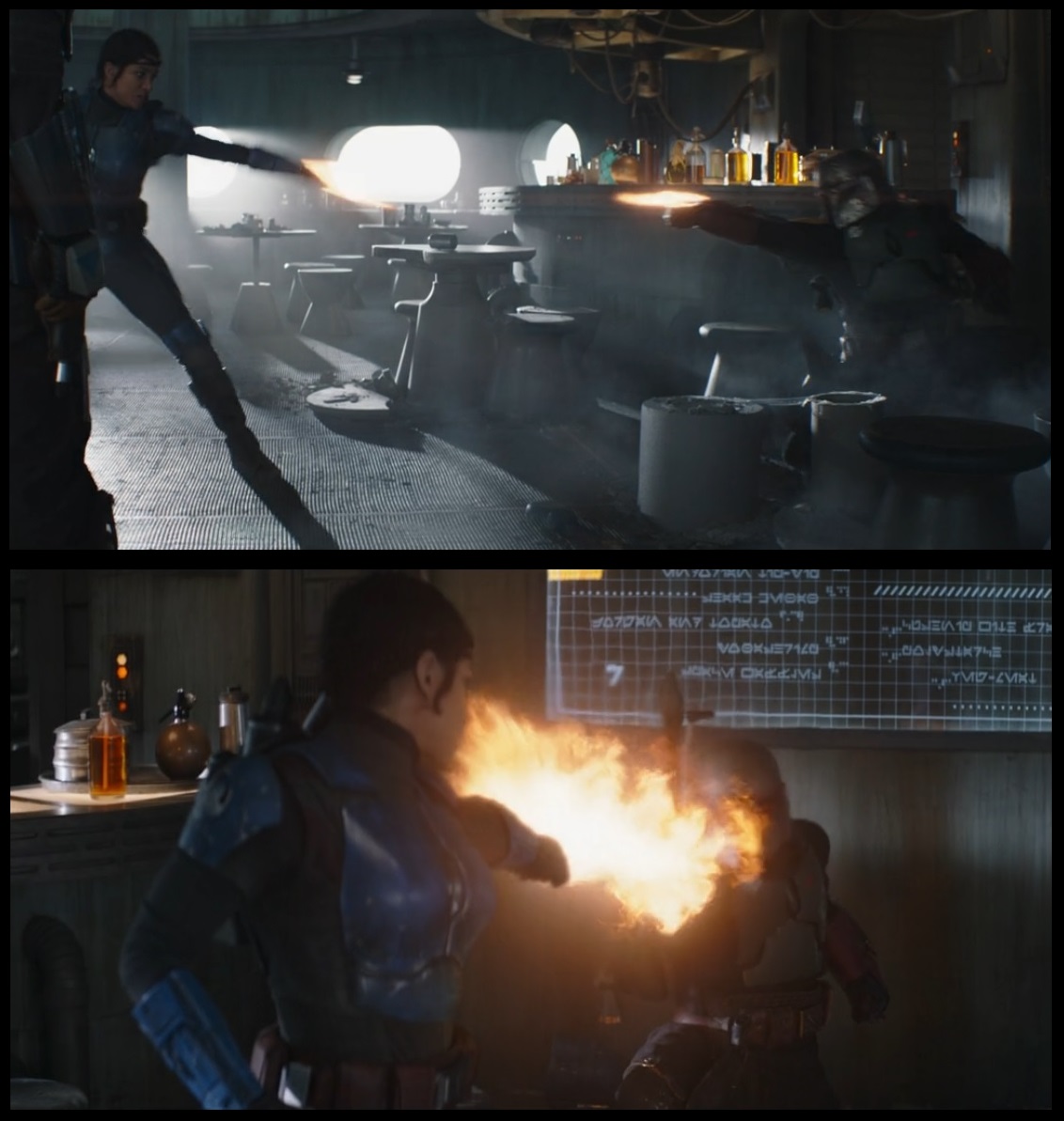 Again, it is fun to pick things like this apart a little. So I'd love to hear what you guys think on the subject too!

Oh....one final thing.....but did you notice that Boba Fett's LED was glowing red on his Jetpack Beacon in the last post credit scene in The Mandalorian? 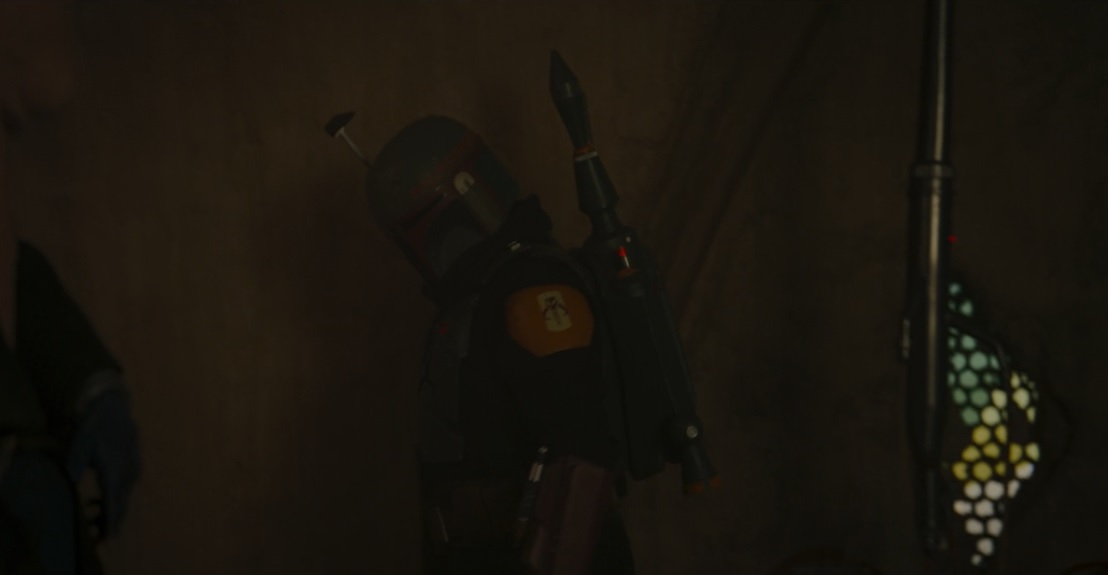 I just thought that was interesting.

TDH PREMIUM MEMBER
The ROTJ costume and The Mandalorian version are not related in any way. The continuity between them isn’t very good.

Up until the show the left gauntlet was almost always depicted as flamethrower in the Expanded Universe. That’s why MCR and the 501st refer to it as such.

The lip on the “flamethrower” housing is present in the ROTJ film and photoshoot. It’s also visible on some of the ROTJ SE photoshoots pictures. My guess is they broke it off then.

TDH PREMIUM MEMBER
Well the lip you are referencing was there in the hero ROTJ but was later knocked off in later filming. I think it’s a cool look of the gaunt and should be there if your going to a hero version. Just a thought, by no means a sermon. Lol
I’m still in the group going with the flamethrower on the left. I believe the mandalorian have several things wrong , the whole costume is a wreak. I really hope they change in TBOBF
Last edited: Oct 3, 2021

The flamethrower is on the left gauntlet. Period.

TDH PREMIUM MEMBER
I got into this crazy Fett-World back in November of 2019 and when I looked at the CRL that the 501st had published at that time it was this variant..... 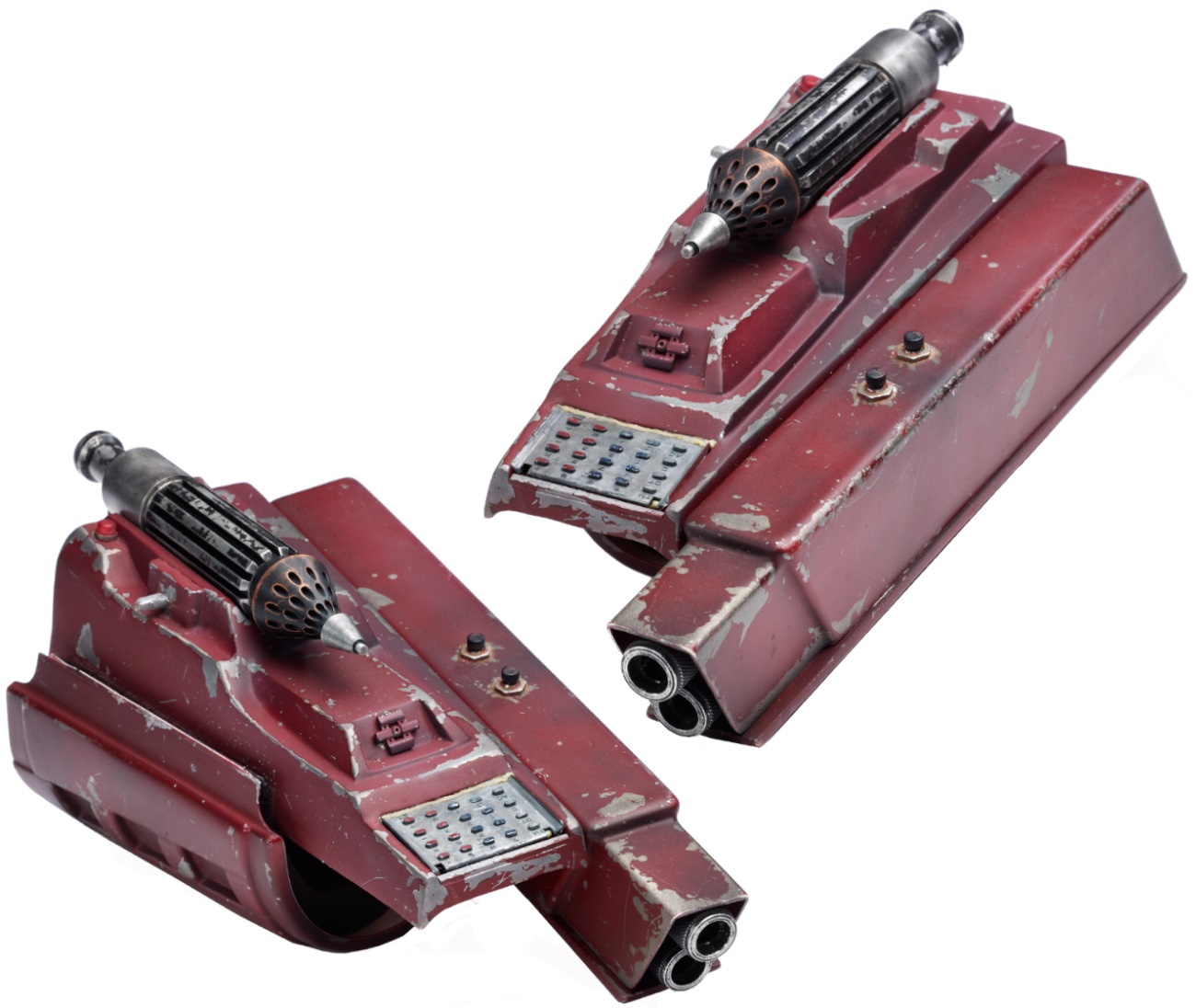 .....to me I thought those Gauntlets looked bad ass! Then sometime in February of 2021 the 501st revised it and came out with this.... (Also I like how they don't even show the nozzles in this CRL pic) 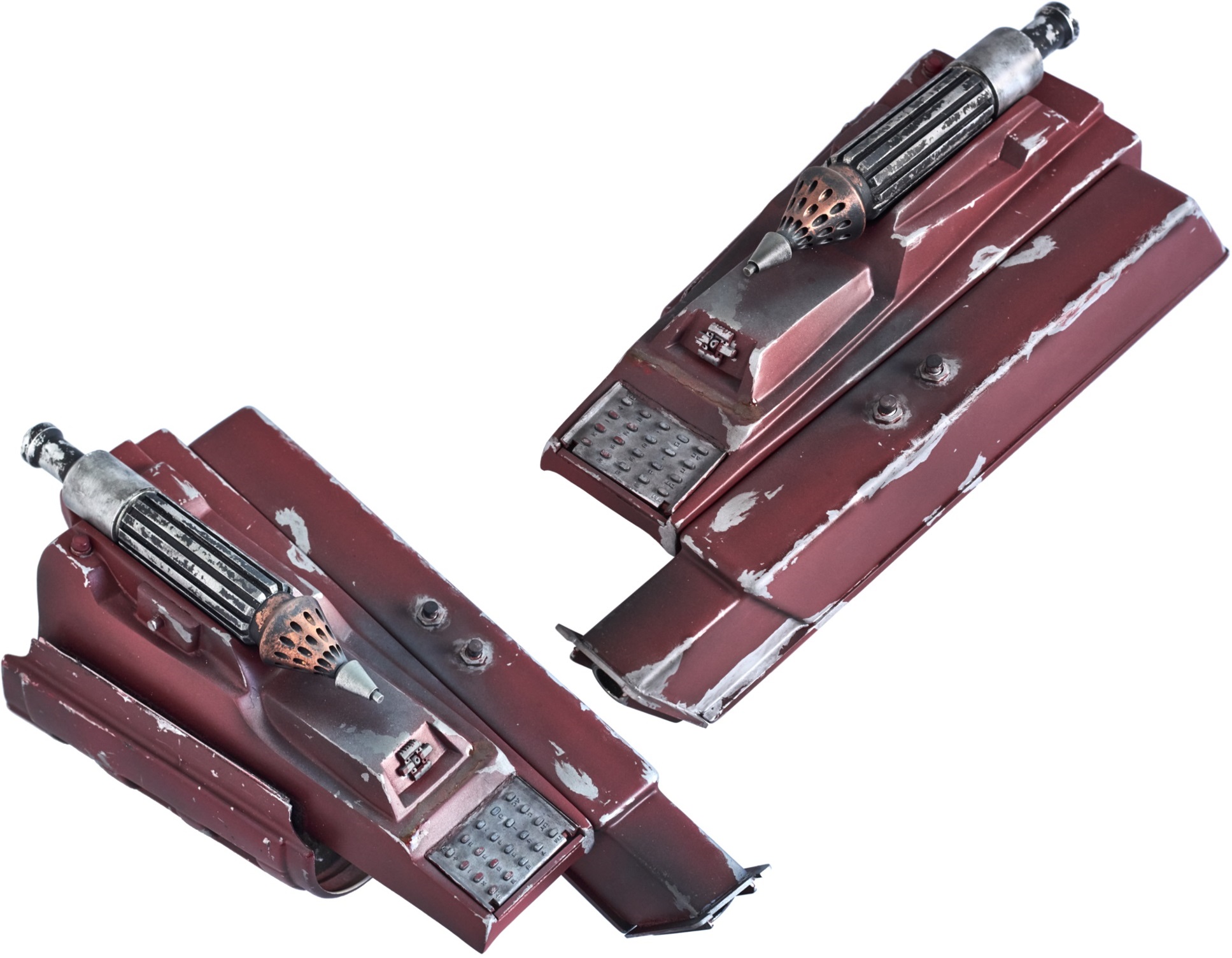 ShortFuse said:
The flamethrower is on the left gauntlet. Period.
Click to expand...

.....And apparently on the Right Gauntlet too - hahaha. Awww man, he could do akimbo flamies!

I never liked the lip on the flamethrower either.

Visible on the early stages (note that the images are not arranged chronologically): 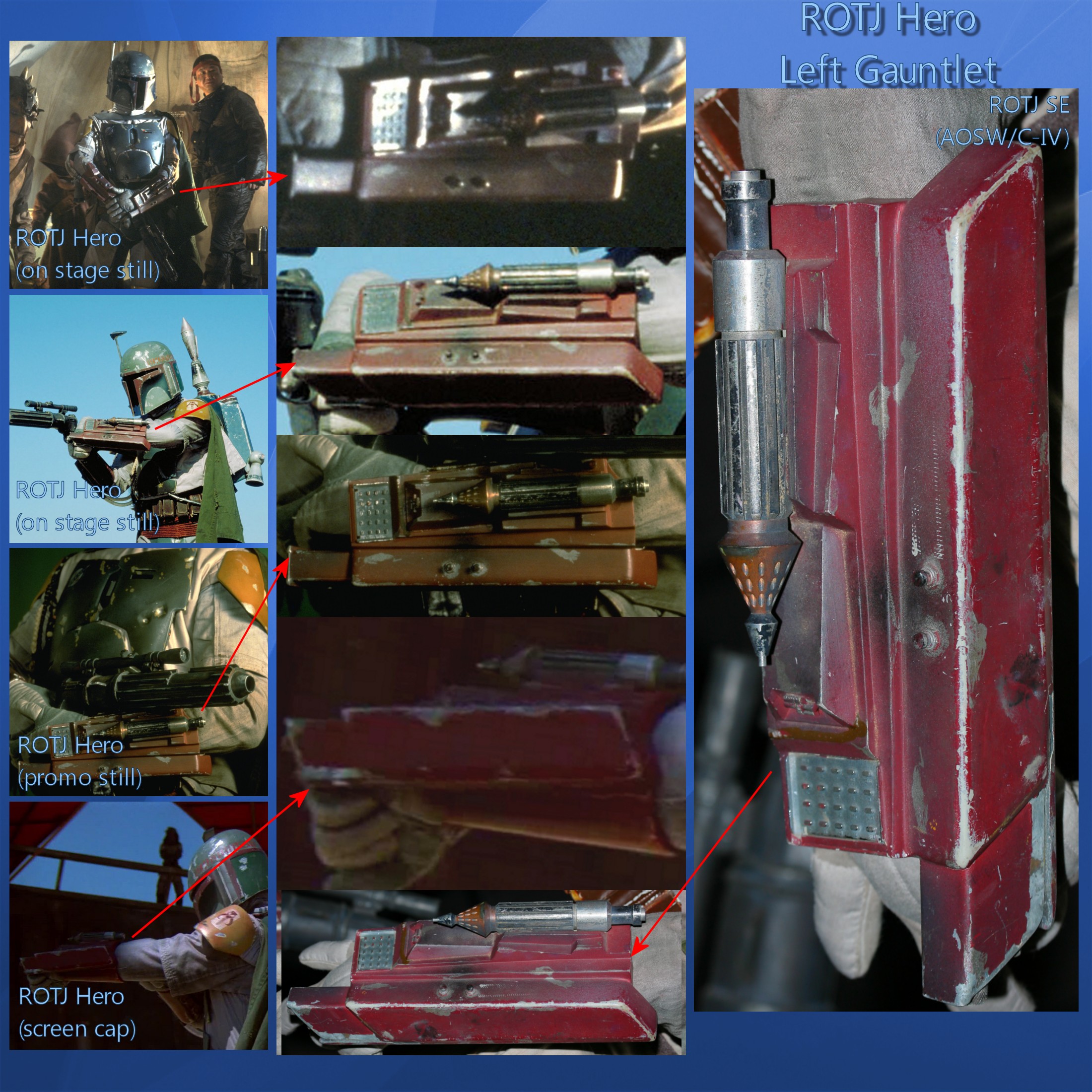 TDH PREMIUM MEMBER
Not to mention the shell in ROTJ is fiberglass.

BudaFett said:
Not to mention the shell in ROTJ is fiberglass.
Click to expand...

Is it a shell if it’s not vac formed?

Fett 4 Real said:
Is it a shell if it’s not vac formed?
Click to expand...

I’m no teenage mutant ninja turtle but I’d say calling it a shell wouldn’t be too far off. They are cool to make.