Not sure if this is for real. "Mystery Helmet"

Hi,
I'm new here, But I have a question. I found this bucket on Ebay & I was wondering if any one has bought one of these? I dont think this is a "real" Mystery Helmet, from what I'v heard thy're rare(This guy has sold several). 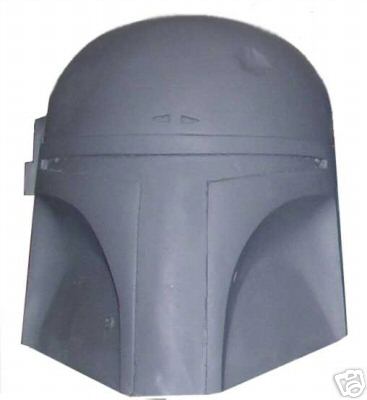 If it's from amiadfilter then I'd stay clear. A) Its a recast, 2) Many guys have been burned by his poor workmanship.

post a pic, so we can see it please.

why doesnt Ebay stop that theif?
people like him sicken me

yeah wasn't Cookiemogloid his latest victim??
cookie??where are ya??! PM deadbolt and give him all the ugly details.

Thanks Alot Guys, Thank God I didn't buy it yet.

wow... the one i got from him wasn't NEARLY that bad (but it was still bad!)

that guy really should be ashamed of himself!
S

If you look a couple down, you will see what mine looks like after painting. It's a fiberglass MLC and really good, already sanded, visor cut out and it's ready to paint.

MARROW SUN said:
If it's from amiadfilter then I'd stay clear. A) Its a recast, 2) Many guys have been burned by his poor workmanship.
Click to expand...

Wow I too was nearly pulled in by this guy on ebay.. but then I saw the light (and these forums) and ordered myself a MS3.
A

If he's so bad, why hasn't anyone given him any negative comments on eBay?

I don't know him and I'm not vouching for him, just asking a question.
C

I WAS SCREWED BY THIS GUY!! I am the LATEST victim of him. NEVER EVER EVER EVER purchase from this cheesmo. I emailed him about a return, and he NEVER responded,
What happened is I waited too long, to leave feedback and the item dissapeared off of my "leave feedback" list. I didn't know that can happen. But anyway, im stuck with this piece of CRAP. so never ever ever ever EVER buy from him, ever. Get a Marrow Sun or Boba Maker.
I cannot express how much I advise you NOT to buy that helmet.
A fett full of dollars offered to fix and paint mine, so that is what Im doing, but its a crappy on the inside, just look at the pics of it.
S

I thought it said in that thread that he responded back and you managed to return it?
C

He initially responded, but a week later, I wasn't able to send the hemlet back due to being hospitalized, so I emailed him again only to confirm that he will still do the refund. He never responded to that mail, I mailed mailed mailed him many times asking for a confirmation that the deal is still good....not one response. Eventually the purchase dissapeared on ebay, and I thought to myself, he could easily screw me over now if i send the helmet back, and he doesnt forward me my money. SO I let it go, but asked that he send me the parts he owes me i.e. the stalk, rangefinder, earpieces, and refrence cd, he never responded to that either. So this scumbag not only didn't respond to my emails, but he never sent the parts he owed me.
S

How can Ebay stop a guy, Amidafilter, who recast a helmet from a guy, Marrow Sun/Sarge Fang, who recast the helmet first for TDH/RPF, of a character that neither one has the license for reproducing?

I know it is unfortunate, but that is why we self-police.
Last edited by a moderator: Feb 25, 2006

tylerdurden said:
How can Ebay stop a guy, Amidafilter, who recast a helmet from a guy, Marrow Sun/Sarge Fang, who recast the helmet first for TDH/RPF, of a character that neither one has the license for reproducing?
Click to expand...


That is all true, none of us have any rights to Fett, that belongs to LFL or whoever. BUT, the reason for a grievance against the particular seller is that he is not shipping a clean product like he posts in his auction. So for that reason alone he could catch some heat.
He has also been asked to stop supplying his RF posts which are a recast of BKBT's(Which he has ignored) on top of this he is also distributing copies of the Reference CD put together by Braks Buddy. Again these "infractions" hold no merit since none of us hold any rights to these props or images.
Last edited by a moderator: Aug 2, 2017
C

It's a damn shame, it really is. Too bad that these people are out there stealing other's hard work, and we cannot do anything about it.

cookiemongoloid said:
It's a damn shame, it really is. Too bad that these people are out there stealing other's hard work, and we cannot do anything about it.
Click to expand...

pretty much it. thats why they say life is unfair. can't do anything about it.

A Few basic ESB helmet questions for the pros....
2

The Mandalorian Boba helmet derived from Sideshow bust? If so, what changes - Discussion
6 7 8