FPH2 vs FP helmet vs Other helmets

Jc27 Agreed, fascinating to read.
EFX molded the Hero ESB bucket, that is the only thing I know for sure.

On another note...Did the ESB armor get repurposed into the ROTJ armor?
Correct me if I am wrong, but the screen used ESB suit has never been seen since the film? Only the helmet?
EFX Molding Video
Who's representing TDH in this video?

Viper said:
Jc27 Agreed, fascinating to read.
EFX molded the Hero ESB bucket, that is the only thing I know for sure.

On another note...Did the ESB armor get repurposed into the ROTJ armor?
Correct me if I am wrong, but the screen used ESB suit has never been seen since the film? Only the helmet?
EFX Molding Video
Who's representing TDH in this video?
Click to expand...

EFX molded the ESB Hero Helmet and modified it/cleaned it up. Too much if you ask me because they even took away some of the known deformities that were captured in the film ESB, like the long crack on the right cheek in the black area, and the bump on the right upper cheek black area. From what I've heard, could be a rumor, Disney Forced them to modify it so much. Either way, that helmet will be the best thing out there from a lineage stand point.

As for the Armor, This is what I had believed happened too, the re-purposing to ROTJ...but I have heard otherwise that the ESB armor is still berried deep in the Lucas Film Archives. I know someone that may be able to shed light on this topic...cough cough.

Raizo Fett said:
Straight resin helmets warp over time, in direct sunlight, and in heat. Fiberglass helmets do not.
Click to expand...

intwenothor said:
Grimstuff , I've had two resin helmets deform and this was not in extreme weather (bearing in mind that I'm British and our default weather is simply unending greyness). I've also found them to be heavier than the fibreglass equivalent.
Click to expand...

Fettastic said:
Exactly what Alex said. I've also trooped for hours in my fiberglass helmet which pretty much is the heaviest helmet I've held and the weight has never bothered me in the slightest. [...] And I don't know where you heard that information about dropping a slush cast and it surviving from any distance. My own personal slush cast fell from 3 feet off of my couch onto soft carpet in a controlled air conditioned environment and cracked about 2-3 inches. I don't think my fiberglass helmet would have cracked at that distance but I'm not going to try it.
Click to expand...

Fair points all around. I suppose it depends entirely on the materials you put into it. Unfortunately a lot of makers still follow old guides that recommend Smooth-cast 65D, which has one of the worst Heat Deflection Temp specs in the entire lineup, barely more than 100 degrees, and Smooth-cast 300 and the hobbiest Alumilite resins aren't much better; direct sunlight just eats them up. Anyone worth their salt should be using ONYX or a similar high-strength resin for production helms nowadays, it costs barely anything more and has a heat deflection temp of 212 °F, enough to survive even some heat chroming treatments. I suppose it just mustn't have become very common amongst the Fett and Mandalorian community yet, which is unfortunate.

But yeah, Fettastic, I've for sure dropped a few poly casts directly onto some concrete flooring now, and they haven't shown a smidgen of damage. Did the same with one of my fiberglass masters once though, and it's still sitting on my shelf with a giant crack indent along it's brow I need to repair.. but being a master though, it was a particularly heavy piece. Suppose we've just had opposite ends of experience with them both.

Thanks for the answers guys.


Jc27 said:
These helmet threads are always informative and sometimes entertaining. So correct me if I am wrong but here is what I think I know:
The eFX helmet came from the ESB hero, but was probably cleaned up to fix some flaws.
Click to expand...

I can't see how they could reasonably make it without cleanup because most of the collectors for this item will be of a more casual nature than most of us. I think I'm more concerned over whether there is any noticeable shrinkage in the final run of production helmets as was an observation of the efx Vader helmets. I'm hoping that in the case of the Vader helmets it was due to the time elapsed in their use of the RB mould than earlier casts derived form the same source i.e. the issue was with the old mould and not the production techinques. I'm also hoping that in this case, because they have their own mould, that they were able to make their alterations to a first line copy rather than make a copy of their copy to alter as I presume was the case with the Vader helmet. That said I'm still pretty happy with my efx Vader and it was only 400 quid!


Jc27 said:
The fph2 has no proven lineage other than maybe being a mod of the MR prototype (I was told by Chris himself that it was from a PP2 cast)
Click to expand...

Chris' original comment in his FPH2 introduction post was:
"It is not an MR or variant, a GMH or GMH variant, a recast of a Malone Fett, or any pre-pro 2 variant. It is not an ESB hero helmet, nor a fan sculpt (though the primary scratches were added by me). That should about cover it. (For the record.)"


Jc27 said:
The LM came from the KT plug, which came directly from the Don Post mold of the PP2
I don't know much about the lineage of the GMH other than what Art A. has said about it
Click to expand...

So far as I understand it LM made copies of the buck and then cleaned up one copy to make the master for the MF line. From that 10 MF helmets were made. The MF master was destroyed.

The lineage of the original GM is still subject to debate with various theories regarding it. The old thread at the RPF is still there and covers most of the ground covering how it and the KT buck might be related. I believe Steve Patino moulded the PP2 helmet and I believe that Steve and Ken Tarallo cut the buck from a mould. The crucial point here being that I don't think KT was present during the mould of the PP2. I also infer that he may not have seen the KT buck plaster pour going into the mould it was cut from. This is important because it allows a wider range of theories about the possible GM and KT origins. The only way to really know if the GM is a direct copy of the buck rather than cast from the same mould or if there is/was another master, other than the KT, would be to remove the bronze paint from the buck and see if the first cut repair at the left rear quarter (where the gouges can now be seen on the suriving PP2) is moulded into the KT buck, as it clearly is on the GM, or if it is a repair on the KT buck. That's extemely unlikely and as Steve Patino is dead I doubt we will ever know. Another possibility might be if the GM and KT were ever in the same room together but that is also extremely unlikely.

To be honest the exact generational lineage of each is probably less relevant than the qualities of each cast. I think it's pretty obvious that both the KT plug and the GM have issues. I also think it's pretty clear that the GM has more issues than the KT and of a more egregious nature; if you wanted a copy of the PP2 helmet via one of these sources then I think the KT would be the preferred one.


Jc27 said:
So if the above statements are correct (I am sure I forgot something or I am wrong on some things) it is safe to say that lineage wise, the eFX helmet is the closest we will get the the ESB hero, and the LM is the next helmet with the most direct lineage from something that was used in a movie/promotion material.
Click to expand...

I love these discussion threads.

I new to all these new helmets. So here is a little blast from the past for the best of the best helmets BITD 13-15 years ago. I'm used to the old FP MSH, MSH2, GF, and Mystery Helmets from 13+ years ago.
THESE were the helmets to have BITD!!! I had all of them. 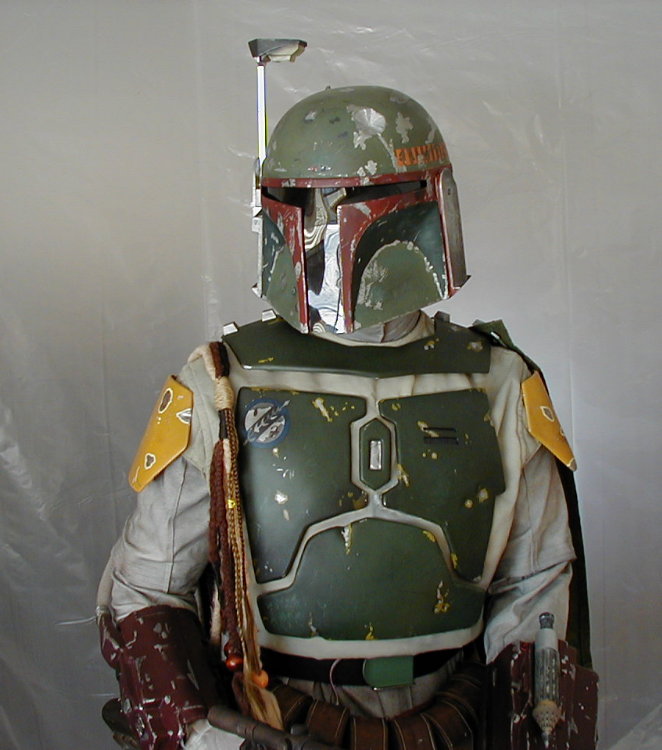 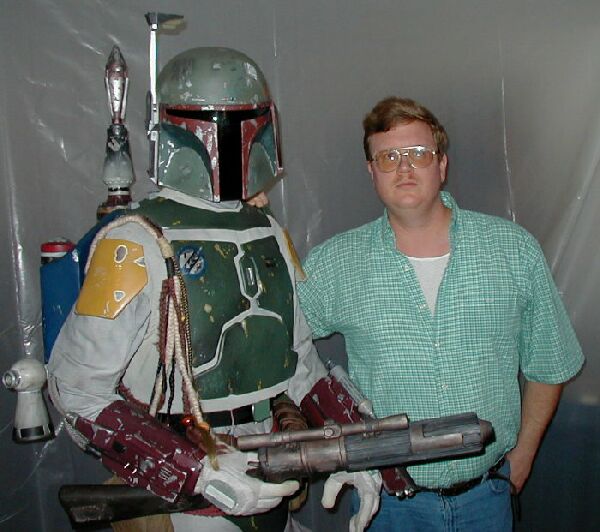 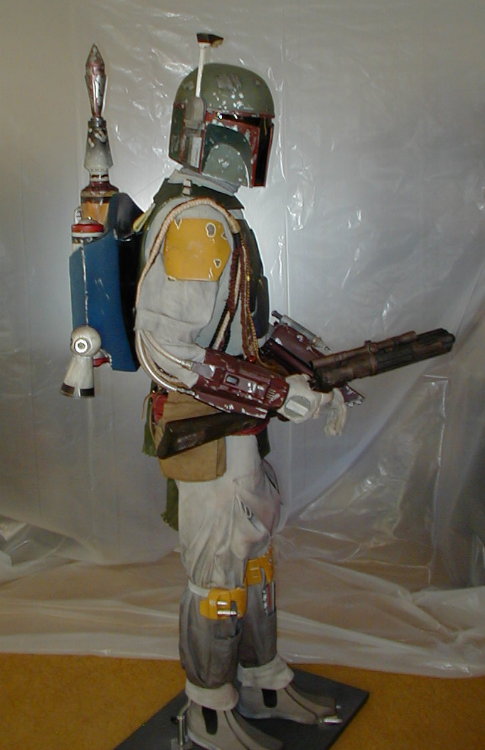 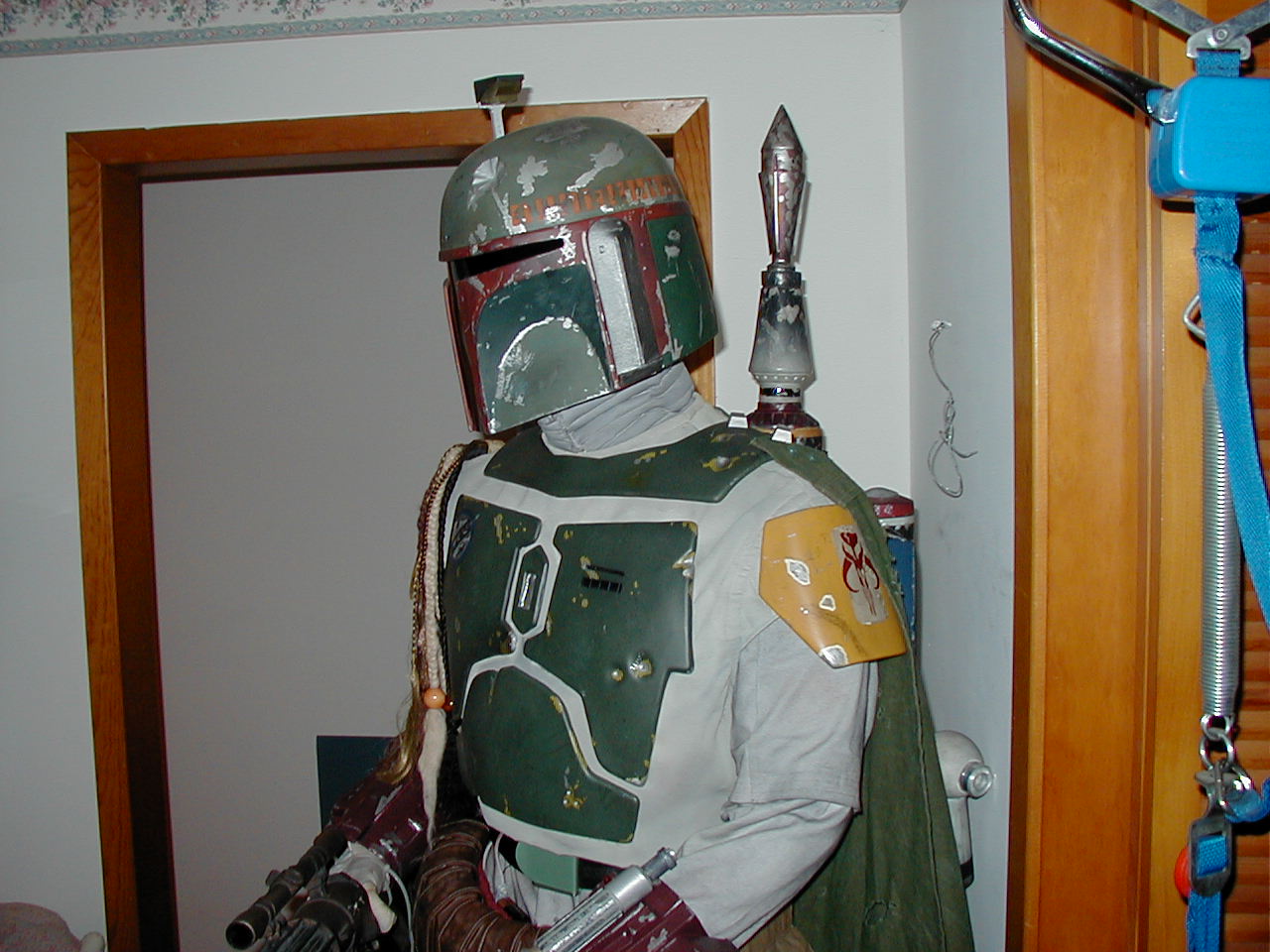 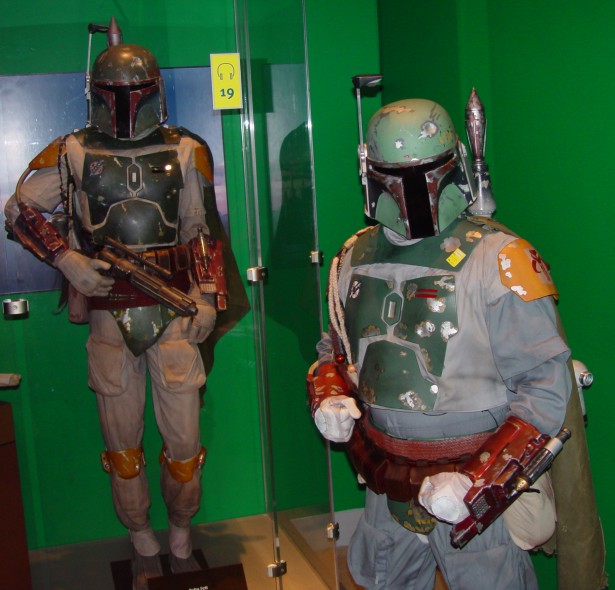 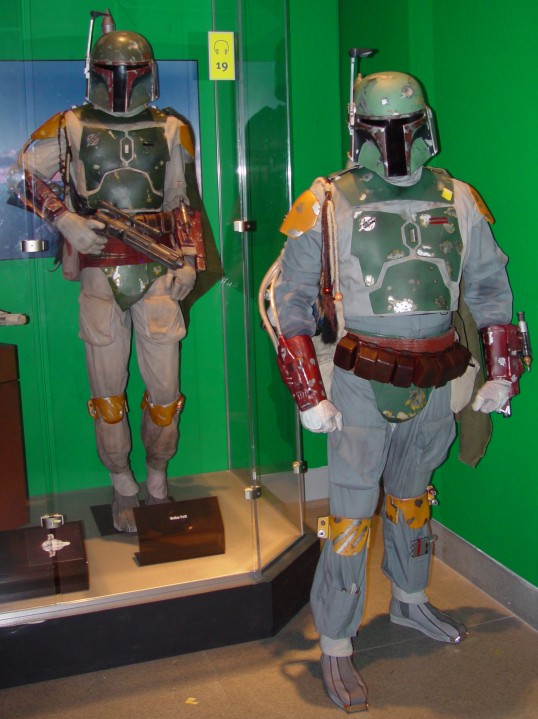 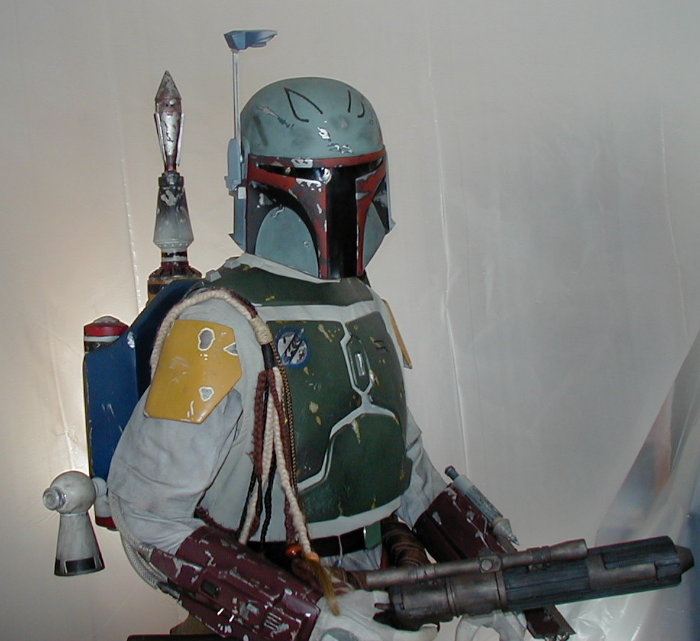 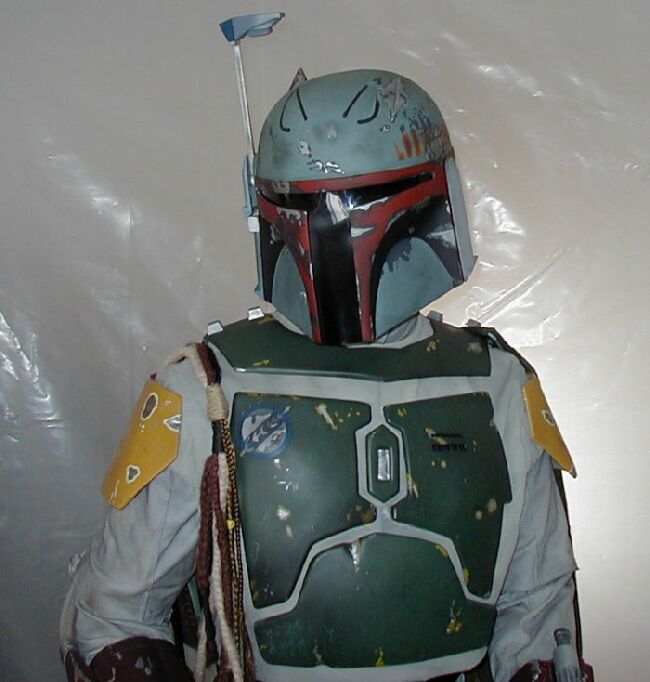 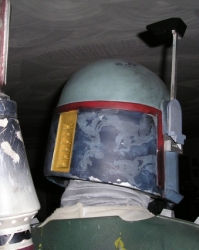 MSH2 compared to DP and GF 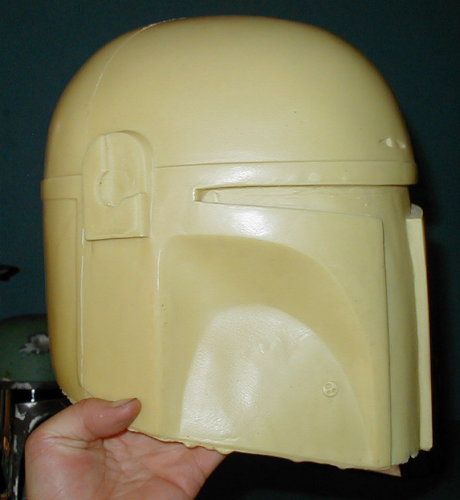 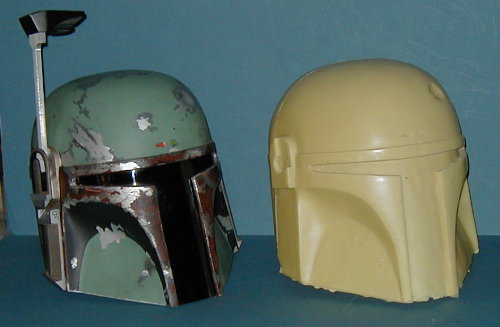 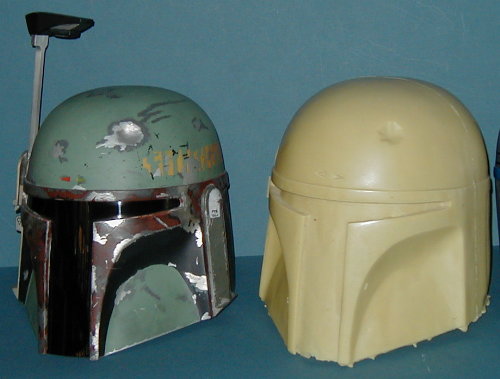 Looking at these helmets, I miss them terribly!!
Lynn