I've revisited my original sculpt and done a little tweaking... the upper cheeks now have the correct (smaller) curvature. I'm also working on a new hollow RF, this will have the correct clear resin piece, I will be doing the little window as a separate cast so that it can be left off for the ROTJ version...this will make more sense when I get some pics in a few days. 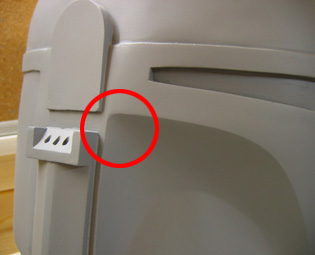 I'm definitely gonna have to get me one of those!
F

i just finished my current one, now i have to buy another and do it all over again.

Oh nice.. Since you're tweaking, can I make another suggestion ? I love my BM helmet, but the cheek and this were the only things that bothered me.. Glad to see you're still making changes to make it better.. I don't know where you find the time.. 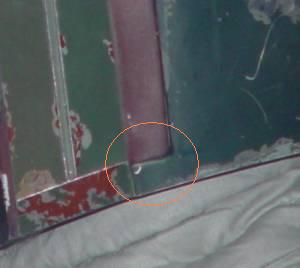 I posted about the curvature a few days ago, maybe I should have told you directly DAZ... I thought it was your personal preference or a construcion nessacity (spelled wrong I know), as your stuff looks so bloody accurate.

next time I'll chimme in if I find something I think you might want to know...

it's a barely noticeable, but now people who re buying your helmet will get an even more accurate bucket!!

Thanks for the tip, I'll sort that out before it's moulded. Suggestions for any other little touches would be appreciated.


Tension113 said:
Oh nice.. Since you're tweaking, can I make another suggestion ? I love my BM helmet, but the cheek and this were the only things that bothered me.. Glad to see you're still making changes to make it better.. I don't know where you find the time..
Click to expand...

if you look at the helmet from the front, it's kinda of uneven, it;s only slightly but maybe you can fix it.

the dome hinges a wee bit to the left, I'll try to eidt a pic of myn...

*edit: there it is, best I could do with paint and a broken mouse...* I don;t know if that's the best angle to see it, but I did kind of noticed it when looking at it with a sneeky eye...* 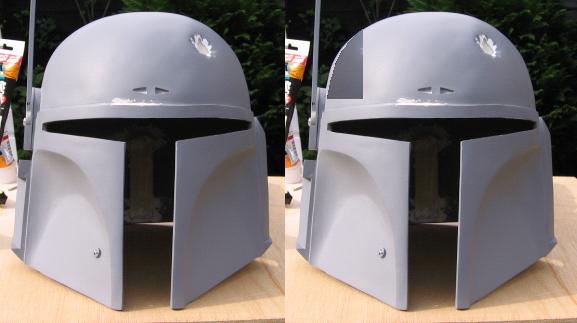 if we are splitting hairs then the vertical part of the visor area leans ever so slightly to the left, easily fixed when the visor goes in but if your working on it anyway.
This is of course positive critisism

I believe all helmets are made from a single mould but to show ESB and ROTJ anyway...

You might want to smooth out your dent a wee bit (that's what I did with it anyway)..

this feels so wrong... giving pointers to someone like you, I couldn't do what you do and here I am making remarks...

wow.. so the longer I wait, the better it will end up being?

maybe I'll spend more time on my "practice helmet" than I'd originally intended.

I love the look of that helmet, and the fact that it comes unpainted.. keep up the good work :cheers
C

How many people here advise purchasing these BM helmets over "mystery" helmets, or DP helmets? Thanks. (Sorry if I sound like a newb, I am)

If you have the money get either a Boba Maker or a Mystery. Both are realy great. Thats my opinion.

BM, Mystery, or MS....all 3 are top of the line, but in my personal opinion some are better for different version's...BM and mystery being more ROTJ, and MS closer to the ESB version. Again, just my opinion, but either way these helmets are high quality
P

Tim Allen said:
BM and mystery being more ROTJ, and MS closer to the ESB version.
Click to expand...

I've done a ton of reading on this stuff, but have almost no hands-on experience, so forgive my ignorance- what makes the bobamaker one less ESB accurate than the other two?

Actually all the helmets are identical, the 'difference' in appearance is only from camera angles and lenses, and warping from the helmets breaking and being repaired.
P

did all the cameras add five pounds as well, or did some add more or less?

i think that i buy a bobamaker's helmet but i have a question for Bobamaker how many for have it with an ESB paint on it ?

judging by the build in wavy brow I think it was supposed to be ESB... but it looks superb for ROTJ after a little sandng on that brow...

I highly reccommend the Bobamaker helmet, I had the "old" version... and that looks fantastique... the BM2 will only rock more!!

Thanks for the comments, I'll answer them all if I can...

The dent I have on mine is made to look like the ESB dent, (the ROTJ version is less chisled).

My whole helmet is sculpted to look like the ESB version, It's believed that the MS and Mystery versions were taken from the pre-pro mould which I think is more ROTJ.

The visor 'bend' I think is due to camera distortion, but I'll check my sculpt anyway.

The 'wave' in the brow is intentional, again it's as the ESB version.

I'll take a closer look at the dome compared to the screen used helmet and alter it if necessary.

OK, I think that's all of them, these are very helpfull comments, I want this version to be as close to the ESB helmet as possible.