Yay!
I hate soldering, so it's always good when something works.

I don't have the cash to splash on a scree-naccurate blink pattern, so I went down to Maplin Electronics today, and picked up two "5mm Flashing LEDs".
86 pence each, and while the guy on the counter had no idea how to wire them up, I chanced it and bought a 6v battery for 99p

Sliced up an old floppy drive cable for wires, soldered 2 wires straight onto the battery, 2 straight onto the LEDs... Then to give me a "switch" for the circuit, I used a PC motherboard jumper-switch to join the middle legs of the LEDs.

Bored 2 holes through the lid of my RF, a dab of superglue, and woohoo!
It's all done.
The LEDs blink at the same time, roughly 3 or 4 times a second IIRC.

Whatcha think? For the princely sum of £2.71 I think it works rather well! 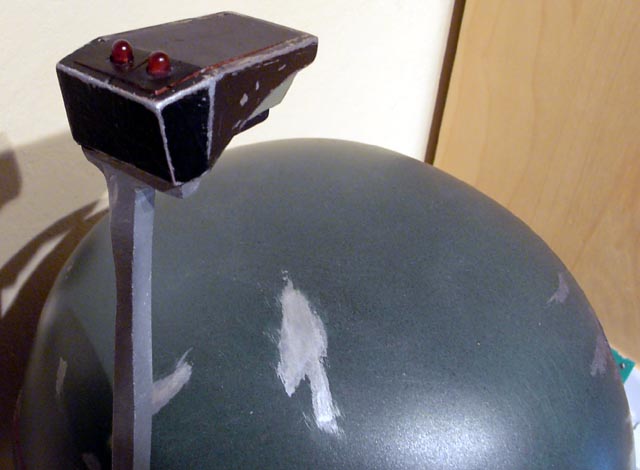 well done! only what exactly do you plan to do when the battery dies out...?
R

Resolder it.
There ARE "Magnetic battery attachments" that I thought "Ooh! They're a good idea!"... But at £3 each, I'd rather go through the hassle of resoldering.
( No room for a proper battery case... )

Gonna use the same LEDS, in bezels, for the gaunt... But only went and bought 2 red and 2 green. Forgot that the RF was 2 red!
Oops.
R

WTF is a "Rangerinder"?
Could a mod please fix my dub-ass typo at all? Then delete this post?
Thanks!

Dude, I didn't notice the typo in the title until you pointed it out.

And me again, tomorrow.
Hoping a 9v battery will drive a PC fan and 2 more LEDs for the bucket... If not, I guess I can chain 2 without too much hassle...