***Disclaimer*** I have not yet went back to see Empire Strikes Back to few footage of all scenes to see if this chronological order is accurate or if these scenes are from the actual movie. Right now I'm running off of a YouTube video so I will verify that soon. The video so far seems to be accurate considering the timeline that I remember and also pieces of his armor remain the same throughout the scenes and do not resemble ROTJ armor at all (jet pack, gauntlets, etc.).
I'm new to the scene and will be attempting the most accurate costume that I can get to the movie scenes. So I have a few questions when it comes to variations on Boba Fett between movie scenes and also the photo shoot. When we first see Boba Fett in Empire Strikes back he appears besides the other bounty hunters that Vader is recruiting to find the Mellinium Falcon (pictured here). 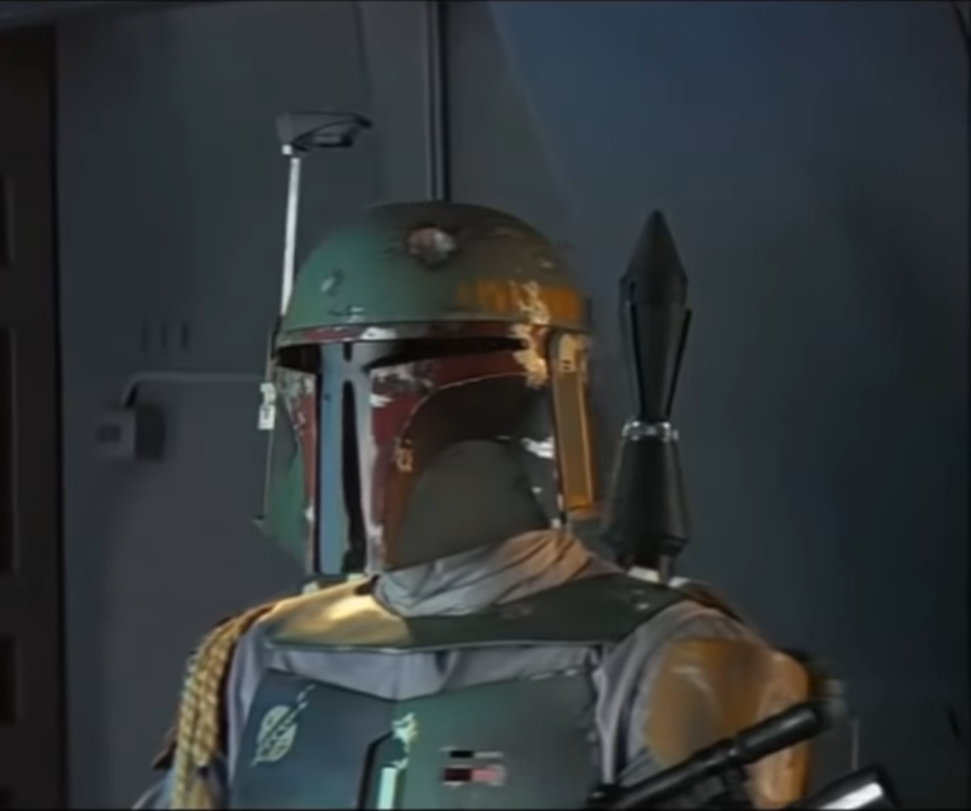 Here we can see that all four clips on the shoulder are white and also all three braids are a blonde. 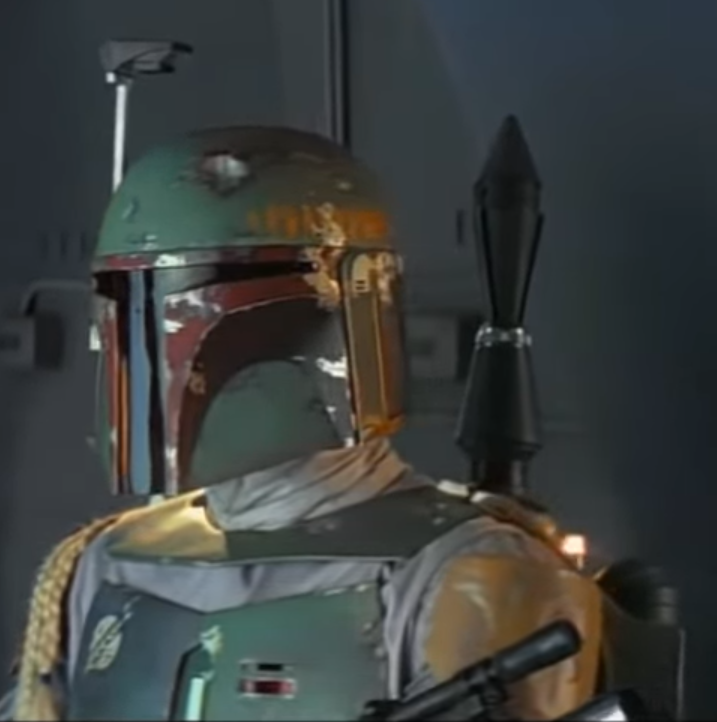 Also here we can see the light on the jetpack is yellow.
Second scene is of him inside the ship as he follows Han Solo. Nothing really of note here that I could see in each frame aside from a very minuscule look into the rangefinder. Also this scene gives some great close up looks at the markings on his helmet.
Third scene he appears behind Vader in Cloud City. 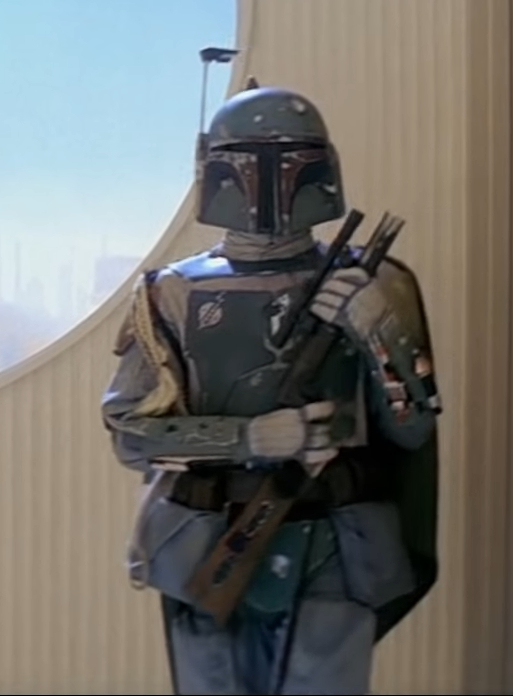 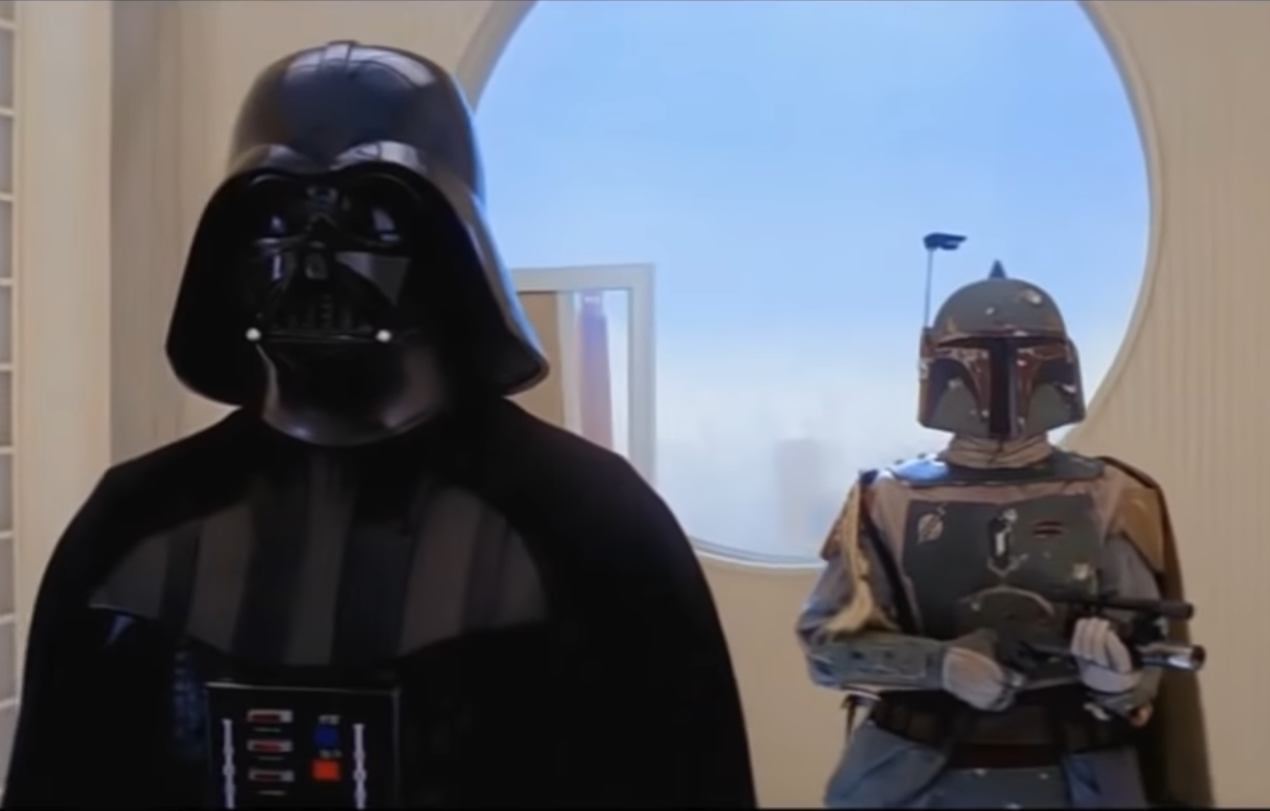 Here again we see the three blonde braids and also the four white clips on the shoulders.
Next in the Han Solo torture scene his braids suddenly change 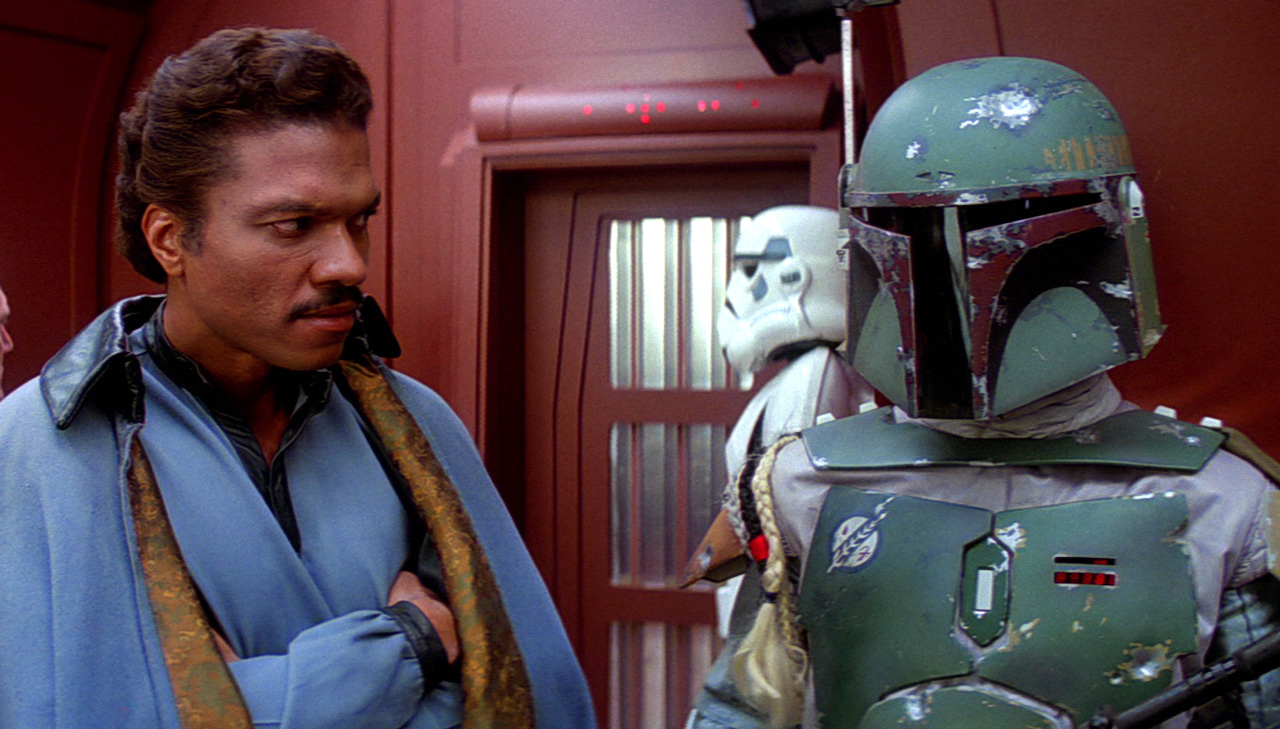 On the walk back from the elevator the braids change yet again to blonde, gray, and blonde:

In this scene the jetpack light almost looks blue 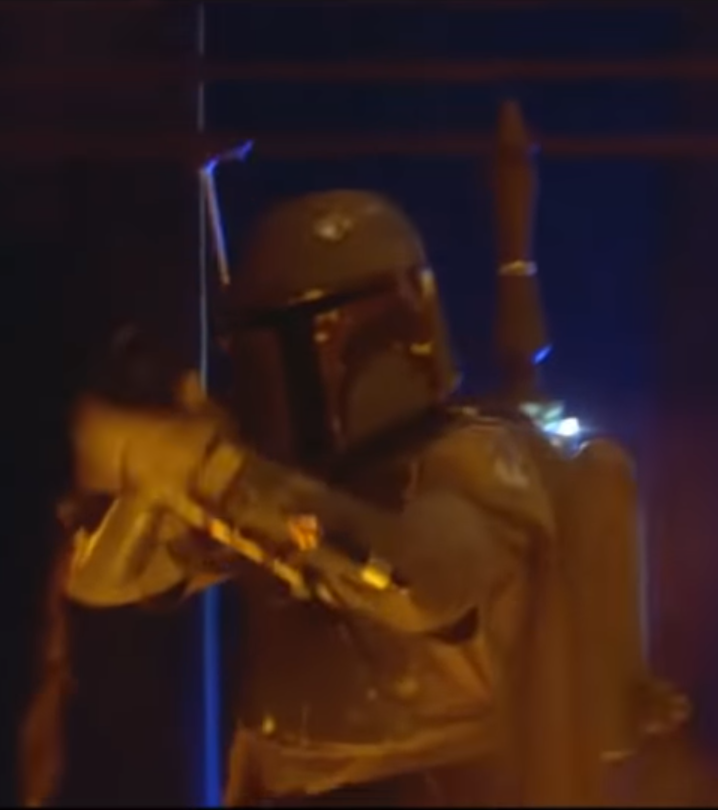 Also in this one

Also this scene gives a pretty good view of the gauntlet, as well as the colors used on the calculator pad and also the wires in the back. When I view each frame the wires to the side of the red one almost look green but it could just be the lighting. The jet pack light also retains the blueish color throughout, even through the smoke in my opinion.
So the question remains do people ding you if you were to use the braids from one scene rather than another? Have others noticed subtle differences in armor markings between these scenes? In this picture, three of the shoulder clips are white while the cape clip looks to be gray. Also notice that the black braid has blue "tape" on it rather than red in the movie. 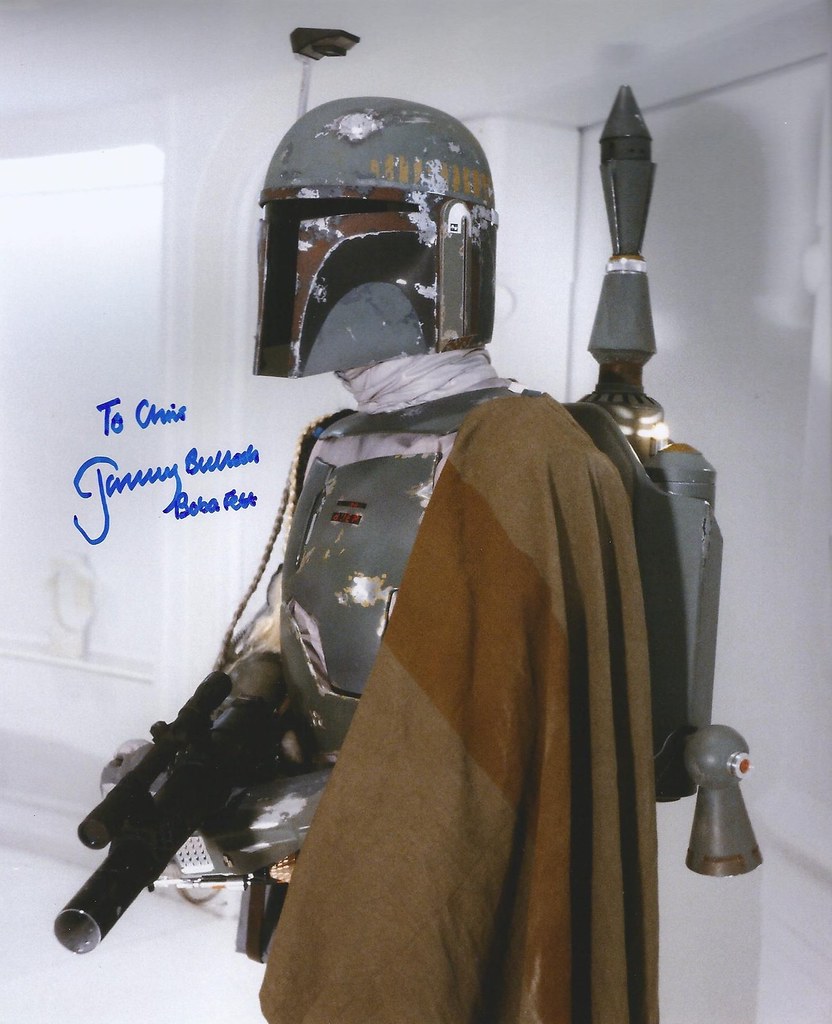 Also this picture shows the gray cape clip as well. I assume this was shot before the scene? 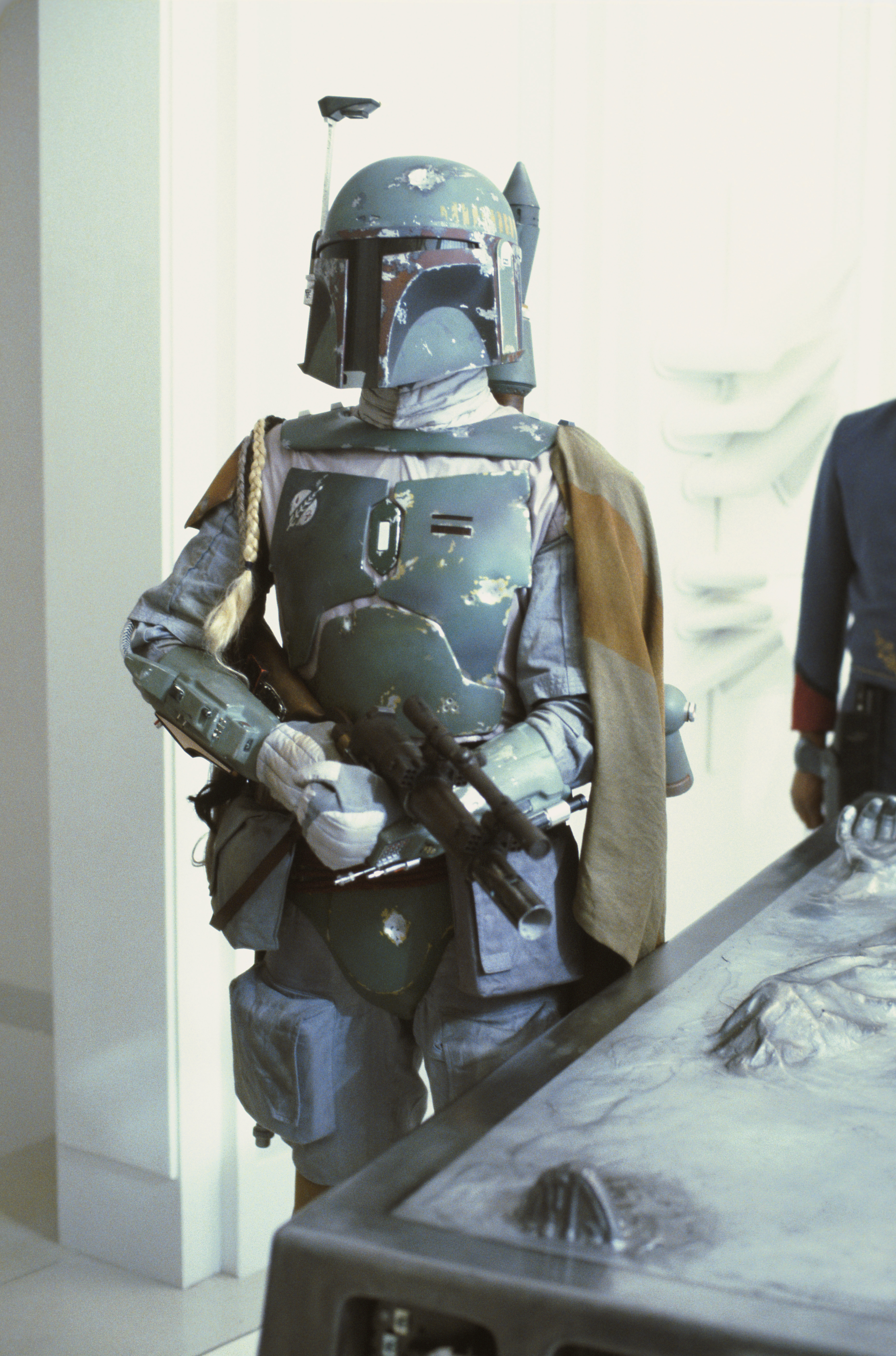 If these pictures are before the scene was shot, then that means that the tape color on the black braid changed to blue and the clip for the cape changed as well. So is it better to just do four white clips? What about the braids? Do all blonde, blonde gray black with red/blue tape on the black, or do blonde gray blonde?
Last edited: Jul 28, 2019

What are the differences between the ROTJ fett and the ROTJ SE fett?