just starting to build a ROTJ (original, not SE) ammo belt and slowly doing my nut.

I'm working from the Dented Helmet ref from this thread, containing Rafalfett's thorough set of templates and reference...

Now, from that reference, I see that the ROTJ belt was the Pre-Pro#1 belt with 8 hidden grommets on a tapered belt with 8 pouches. ... 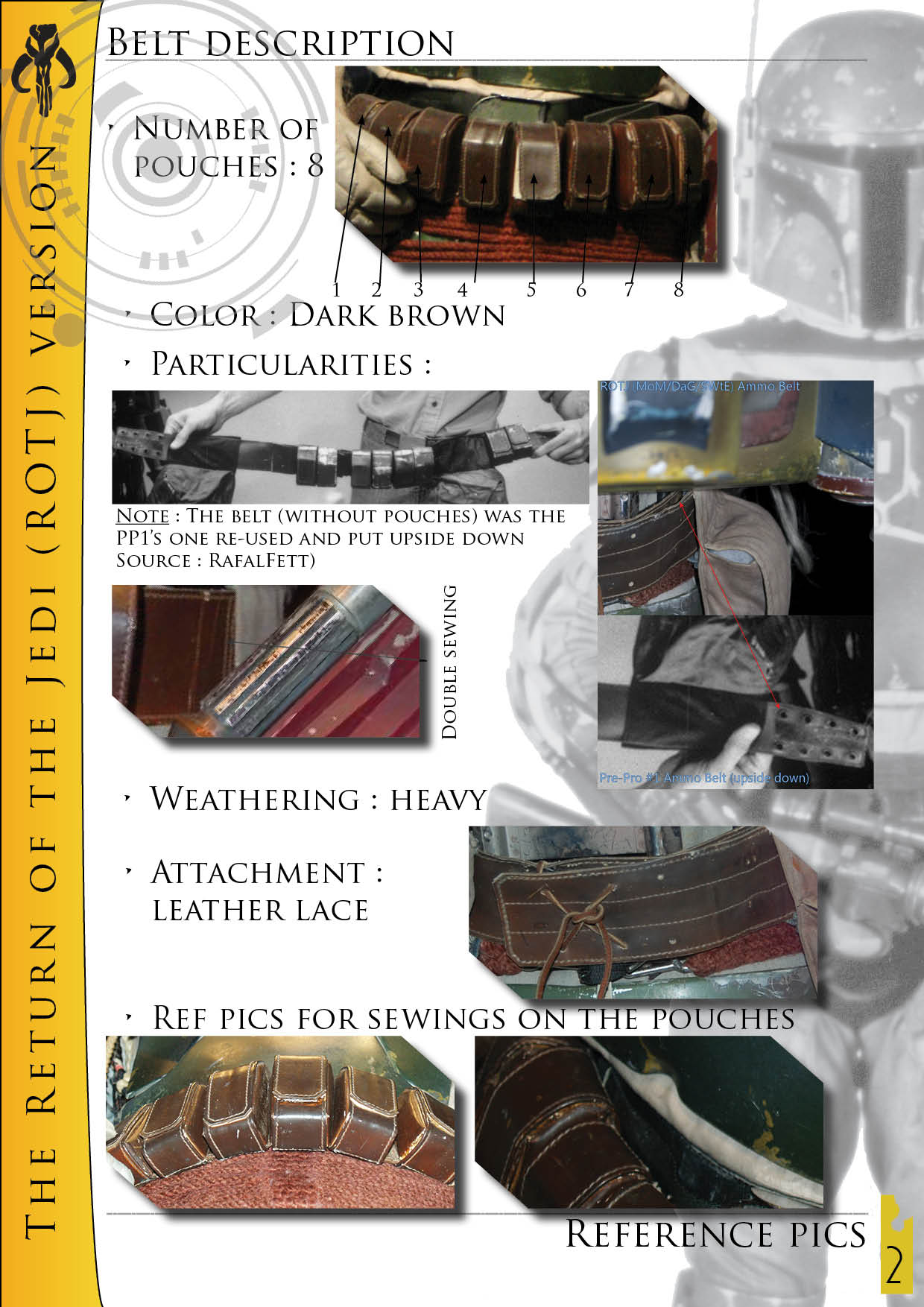 But, double-checking myself and reading the 501st CRLs here: Costuming:BH Boba Fett-RotJ - Databank, they quote 8 pouches and 6 visible grommets.

...which seems to be, to me some kind of hybrid, since I thought the ROTJ SE belt was that but with 14 pouches...

What is correct? I'm assuming the 501st CRL is the 'definitive' ROTJ belt - have they decided upon a hybrid that encompasses ROTJ and SE?

I don't want to start cutting leather and get it wrong/end up having to make more pouches than I need to. Thanks all!

It's the one you posted from StrumFett's thread.

General Boba Fett has a wardrobe? : )