With all the focus on the Rose Parade Star Wars Spectacular, I'm just now seeing that there was a guy in a real jet pack flying over the parade. This footage is so cool - very similar to the James Bond clip from Thunderball. How cool would this be to see him wearing a Fett outfit as well?!

Nice reminder to all that missed it. I Tivo'd the parade and the kids and I watched this bit over and over. However, I'm still baffled that with the advances in technology since the 60's, this pack isn't any smaller than when Bond blasted off in it. It was mentioned that the guy weighed in at 160 and the pack was over 125 lbs.
Last edited by a moderator: Jul 24, 2017

Whoa. I want one!

I saw a TV show on some millionaire guy who was making one of these. It's something like Hydrogen Peroxide spraying out onto a metal screen which propells him. The Hydrogen Peroxide is like the stuff you can get at the drug store (which is 5%) but his is super concentrated (about 70-98%). This guy couldn't really control his flight and stayed tethered to a poll.

Did anyone here see the Mythbusters where they tried on the jet pack and then tried to make their own versions of a personal flight system?

I think they also talked to the guy who either owns the original pack or the original inventor. I can't remember which it was.
Last edited by a moderator: Jul 24, 2017

Hey, you know what will be great? is someone could put the jet pack man in a costume like this.......the JP looks more like this, no?:love 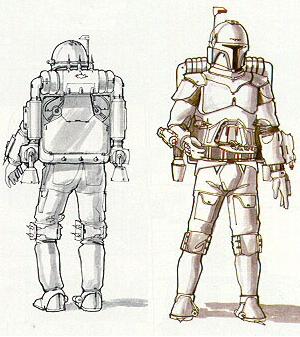 All I know is it'd be bad if it conked out in mid air.


Sometime i have dreams where I can fly. Man are those fun