I do not have the ability to get a screen capture from a DVD, so I will have to try and describe what I saw. I just finished watching the Empire of Dreams documentary on the OT Extras DVD. About 2 hours into the documentary they are talking about Han Solo in the Carbon Chamber, and there is a shot of Harrison Ford standing in the chamber area.

At 2:01:57 Boba's RF and JP Missle enter the bottom of the frame, and move back and forth a bit. For a few frames of the shot, I saw what appeared to be a blue light comming from the bottom of the RF. It looked similar to what people around here have done with their RF's, by putting an LED behind a plexiglass window. The light seemed to turn on and off based on the position of the RF, almost like a mecury switch.

Will someone else check this out, and let me know if I was seeing things or not? If you have the ability to post a screen shot, that would be great.

TDH PREMIUM MEMBER
I looked for it and I didnt see it. But that dosent mean its not there

Yes, there is a scene where it shows Boba Fett in the Slave 1 following the Millenium Falcon after it detaches from the Imperial cruiser (In the disguise of garbage). Boba Fett is looking to the right in the first couple of frames and then he looks forward toward the Millenium Falcon. In the movement from right to the left you see the leds on the RF since it is in the down postion. I can't tell if they are blinking due to watching it on VHS. I wan't to say they do, but that might be my eyes playing tricks on me. Takemetoyourfett

Takemetoyourfett - Welcome to TDH, and thanks for the reply. However, I am not talking about the Slave 1 sceen in ESB, but rather the documentrary on the Original Trilogy DVD.
I watched this portion of the documentrary again last night, and took some digital pictures of this sceen on my TV screen. They will not be as clear as a screen capture, but I think you will get the idea. I will post them later tonight when I get home.

I did check the scene on the bonus DVD, and I'm pretty sure the blue light you see on the stalk is simply part of the stage lighting. You'll notice the light grows and retreats as he moves around the set.

However, this is just my interpretation of the scene.

I still think the strongest evidence for a white light under the RF, not to be confused with the blinking LEDS on top of the RF, can be seen in the Slave 1 while the stalk is down.

Here is the exsisting thread on that subject:

tyler - I thought about stage lighting also, but to me it seemed to eminate from the bottom side of the RF. You are correct that is grows and retreats (birghtens and dims), but at it's brightest it apears to be very bright. More so that the lighting in the rest of the frame.

Additionaly, wouldn't JB's body & head be in the way of any up lighting set around the set?

BTW, I was never confused with blinking LEDS on the top of the RF.

Here are the pictures. 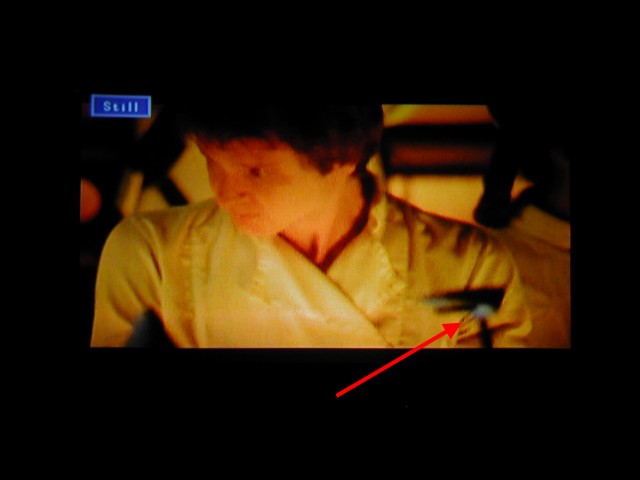 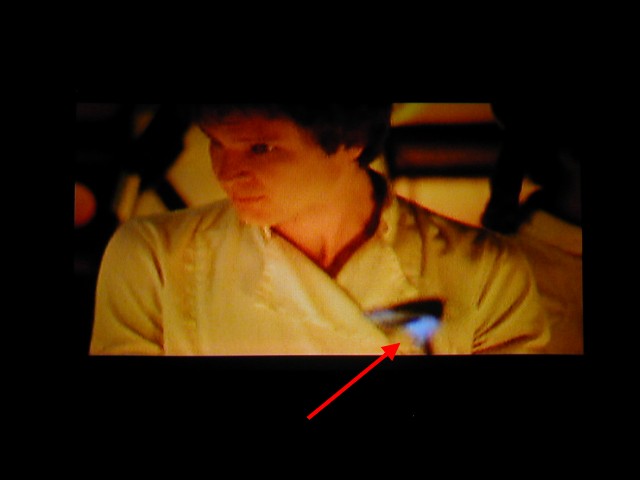 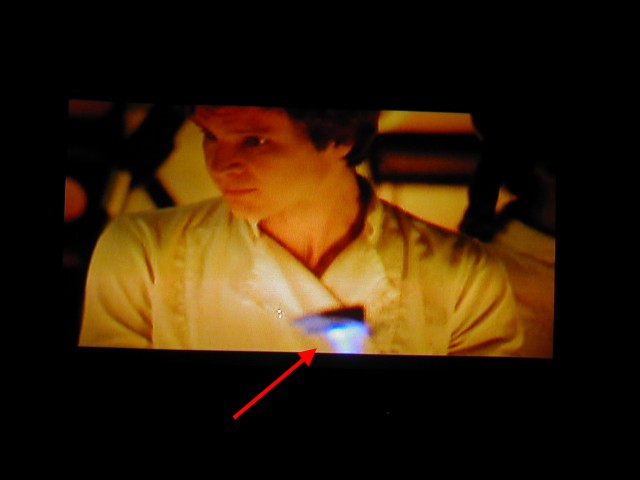 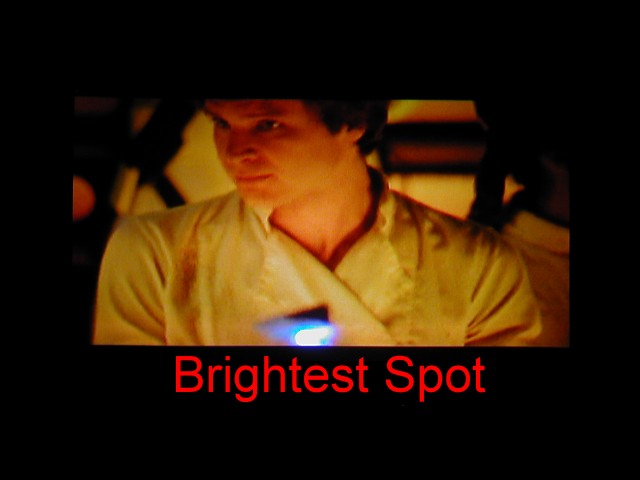 hmmmm, I never noticed that!

TDH PREMIUM MEMBER
Have to watch that again tonight, I didnt see that at all. MAN YOU GOT A GOOD EYE!!!

Having seen those caps again, I especially convinced it is set lighting. If you look at the first picture, and thanks to E2k13 for pointing out the lighting angle, there is very little "light" on the stalk. As Fett turns toward the light source, the intensity of the light increases because it is reflecting more directly off the light source.

Take a look at the film cel scan below. Notice the RF is clearly unlit. Also, notice there is a blue light reflecting of those nozzle-like cones behind vader. I believe that is the light source that is also reflecting off the stalk.

Great spot, though. It's those little details that can sometimes lead to huge discoveries!

tyler - I see your point, and you have me convinced as well. Movie set lighting is an art, I know nothing about, that can produce unexpected results for the casual observer. Thanks for joining the discussion, I am glad that we could get the opinion of one of our Fett reference "experts".