Well i have decided to do the prepro- Boba Fett instead of ROTJ.
I have some ?'s

Is the prepro-Boba helmet the same as the ESB or ROTJ? Or is it different all together?
I like all the different colors used on that suit.
I have the Chronicles book. Its excellent ref for this suit.
Also i cannot tell though if the prepro vest is a light gray satin material or if its white or what?/ Any help would be great. Has anyone here done the Prepro BobaFett?? pics of your suit?
What does everyone else think? And are the gloves a dark brown with a kinda light tan color quilting on the back of hand and fingers? And then i have to find the patches to go on the backside.
I know i will have more questions as i go.
Thanks guys,
michael

If you are able to get the card board cutout of the lifesize boba, it would probably help you out quite a bit for refrence...it is the prepro version. should be able to find one on ebay for fairly cheap. the gloves apear to be a darker brownish maroon, and I'm pretty shure the patches on top were sourced from existing military patches. the vest material apppears to be silver, with a bit more sheen than ESB or ROTJ versions. Jet Pack is the same between Pre-pro and ROTJ. The left gauntlet is unique to Pre-pro with the large lanyard looking attachment, while the right gaunt appears to be the same as ESB, but a dif. color...notice the large white buttons on the outside attachemnt. I'm more of an ESB type of guy so I'm not positive on this pre-pro stuff, but I'm shure some of the more learned members here can help you out with just about anything you need to know about the Pre-pro suit. good luck.
Damian

The Pre-pro is da bomb!

The Pre-pro costume has this green/blue jumpsuit, much easier to find than the light gray material of the screen used jumpsuit.

Also the Pre-pro Boba appears darker in colours and maybe more threatening than the one we see in the movies.


Yautja wrote:
Is the prepro-Boba helmet the same as the ESB or ROTJ? Or is it different all together?
Click to expand...

As far as painting and detailing, the PrePro 2 ( I assume we are talking PP2) helmet is more similar to the ROTJ helmet. No decals, similar color scheme, nubs in the back of the keyslots, ect...

Also i cannot tell though if the prepro vest is a light gray satin material or if its white or what?/ Any help would be great.
Click to expand...

I believe all the vests, as well as well the jumpsuit and boots, started out as being white. It does appear that the PP2 vest has a slight grayish hue. It was probably weathered and/or painted.

And are the gloves a dark brown with a kinda light tan color quilting on the back of hand and fingers? And then i have to find the patches to go on the backside.
Click to expand...

Again, the gloves were white and then dyed a brownish color. For more info on the gloves and the patches on the PP2 suit, check out the following thread:

Thanks guys for responding! So which is the prepro 1 and prepro 2? I am going after the one that was made into the cardboard standup mentioned above. Even though it never appeared in any of the films i just think this is the cooler looking version. I went to wally mart last night and had no luck in the garden dept. I'm looking for probably either a chocolate colored glove or the maroon colored. I noticed in 1-2 pics it appeared that the glove is a tad shiny. Maybe a leather?? It was mentioned in the other thread it maybe a driving glove??
michael

Not to confuse the issue but what are we calling the new version that Braks found ( the one with the "hawk eyes") as it fits between the pre-pre pro and the pre pro 1?

The suit with "eyes" is what we have been calling the Prepro 1. We believe it mostly likely the first painted suit after the all white suit or "albino" suit.

Then you would have the Prepro 2 suit, which is the one featured on the standee.


carbonitekid wrote:
Not to confuse the issue but what are we calling the new version that Braks found ( the one with the "hawk eyes") as it fits between the pre-pre pro and the pre pro 1?
Click to expand...

There is a slight sheen to the glove, however I do not believe the glove was leather.

The glove,with the white detailing and patches already attached, was dyed a brownish color.

I noticed in 1-2 pics it appeared that the glove is a tad shiny. Maybe a leather?? It was mentioned in the other thread it maybe a driving glove??
michael
Click to expand...

I like the way the suit is tight against the body and not so baggy. Besides, I think it was one of the first pics I ever saw of the live action Fett.

That is an excellent pic. I love all the pics in the chronicles book.
I'm gonna do so more searching for the gloves this weekend. I will keep everyone informed if i find somethin.
As for the helmet??? it looks to change color in different pics. I mean it looks as if it has been sprayed 2 colors for the top an cheeks? The base color(what ever that is?)is there but if you look closely it has a mist of green on it.
michael

Community Staff
Michael, hopefully this will help. here is a closeup of the PP2 as seen in Chronicles.

Thats is a great closeup! Thanks so much!
I plan to get that base color for the helmet this weekend as well as searching for the gloves. BTW i'm using Mystery helmet for my suit. Its perfect for my size. I'm 5'8".
I also plan to get in on that 2nd boot run from Wes.
I had the MC boots and they were nice but i had to sell'em unfortunately. Wish i still had them,GRRRR. The JW boots look more accurate to me,as from no toe spikes.
michael

i'm looking at my chronicles book and it looks like the base blue color thats on the dome and cheeks somewhat matches the color of the jumpsuit. And the green paint that was used on the chest and cod pieces looks to be the color green thats misted over the blue on the helmet. Which would make sense,it pulls the helmet together with the armor.hmmmmmm

Community Staff
Be cautious of using the colors straight from Chronicles... They can be a bit deceiving.

is there another reference for the this suit??? please tell

Community Staff
Please don't misunderstand. Just saying that we have come to find that a number of pics in Chronicles have been color adjusted very poorly. I suggest photoshop!

Yes, the colors in any pic can be deceiving, you can get close, and match a certain color as seen in a pic, but depending on the lighting the pic was taken, it can dramatically effect the original color. Here is a good example, these pics were taken at the same time, but a flash was used in one and not the other, it is most apparent in Jeremy's clothes, in one pic it looks as if he is wearing a white shirt, and in the other a blue shirt, but it's the same shirt. 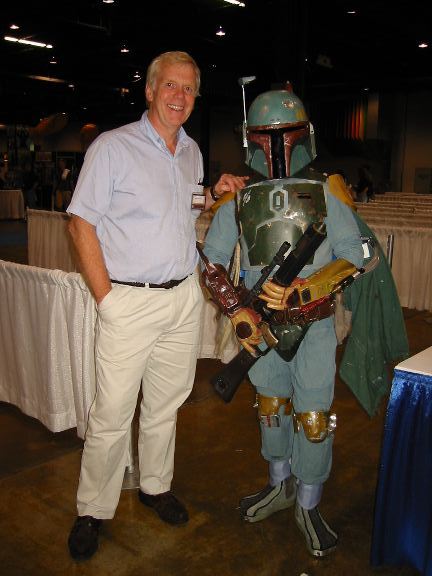 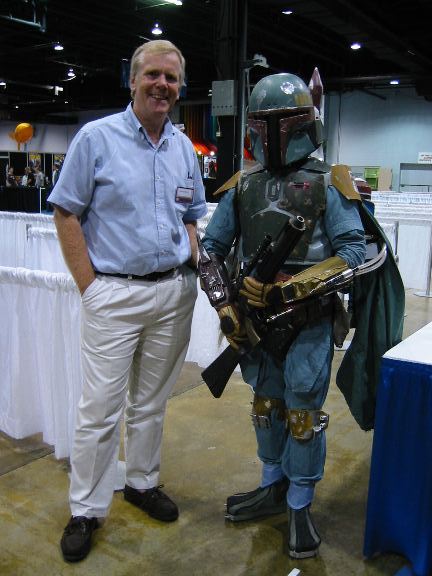 i have been playin around with some different colors on the bucket.First i sprayed the gray primer and then this "stone washed denim" spray paint i found at wally mart. I'm looking for the correct base color for the PP helmet.I think with this base color along being misted with the green chest armor color and weathering it will be rather close to the chronicles pics.
I know you probably think i'm nuts for just testing paints on the old bucket but i haven't any problem with sanding it down and tryin tryin tryin and more tryin different colors. I will find the color and i think it works better when you put it on the actual helmet. But thats just me and how i do things.Should i keep postin my attempts?