Hello all,
Here is a photo of Boba and me circa 1980 at a public appearance at ALPHA toys in Bolton North West England. he was handing out the white rectangular boxed fett figures, so this was before he started to show on cardbacks. I am painting up two helmets at present White proto and ESB hero and can't help but notice that the two scars/scratches on the mandibles match up with the ESB hero. could this have been painted again and turned into the ESB hero? it doesn't have the dent but if you look carefully you can see the gash where the dent usually sits. In terms of the exact date of the appearance a local newspaper search would probably uncover as this was a big deal at the time and my dad and I travelled to see him from another town. Enjoy.

Very cool picture!!! Thanks for sharing Phil! If you are talking about the physical damage to the left mandible at about 1" below the "T" of the visor, this was also done and matches generally the same location on the Prepro III helmet. The other physical damage would be on the "upper cheek" the black area, next to the left ear. This damage was also done to the Prepro III helmet. Looking at the actual physical damage carefully in these areas and comparing them on all three helmets (PPI, PPIII and the ESB HERO) they all have slight variations but more noticeably the lower cheek damage has very different shape between all three. And since we know that they added this damage to the PPIII it's safe to assume that they were intentionally wanting very similar damage to be located in these specific areas on the Boba Fett Helmet. In order for "the eyes" PPI helmet to have been converted to either the PPIII or the Hero helmet this physical damage would have had to have been re-worked, not to mention the big gash underneath the left eye would have also had to have been filled in and the dent would still have needed to have been added of course. I think it is very unlikely the PPI was converted to the HERO helmet or the PPIII for that matter
P

Thanks Fettastic. super comprehensive answer. I can now sleep easy. Wanted to post this photo for ages but have only gotten round to all things Boba recently.

Great image, phil. We know this setup as the Palitoy ESB Promo suit: 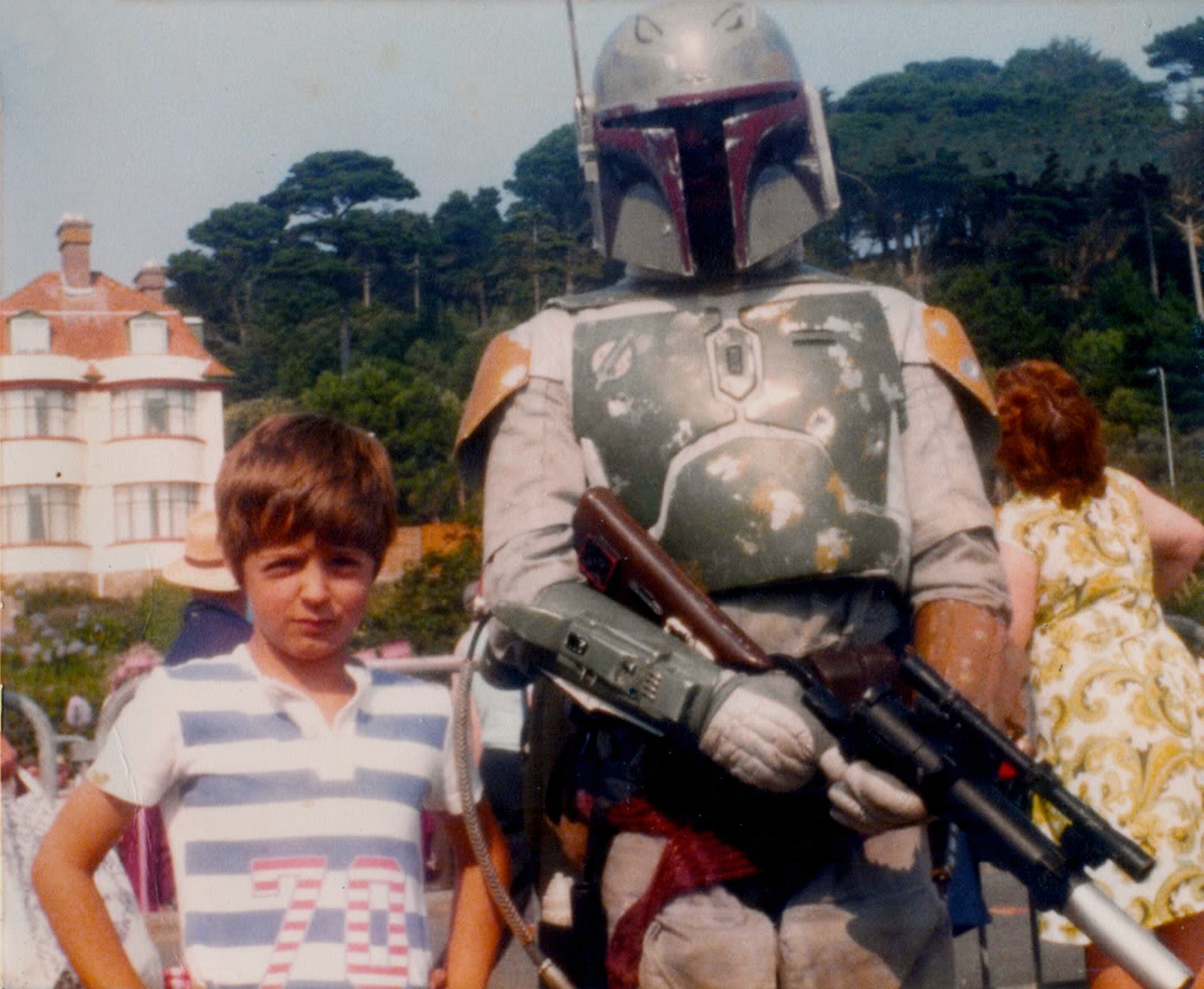 (image originally posted by Redtogusa in this thread ==> New promotional Pre-pro Fett pic from 1981, but belongs to @rapstertee).

Regarding the similarity between the Pre-Pro #1, Pre-Pro #2 and ESB Hero; these are the Twin Helmets (as I call them), because most of them were painted by Joe Johnston and were meant to appear on screen (this is why the Pre-Pro #3 and the ESB Hero are so close in colors and paint scheme):

The other 3 helmets (the Sister Helmets), more exactly the Pre-Pro #2, Promo #1 (or ROTJ Hero) and Promo #2 (or Sandy) were painted by Daydream Productions (lead by Vance Lorenzini and Sandy Dhuyvetter) and while the colors were almost the same, the paint scheme was different for each helmet: 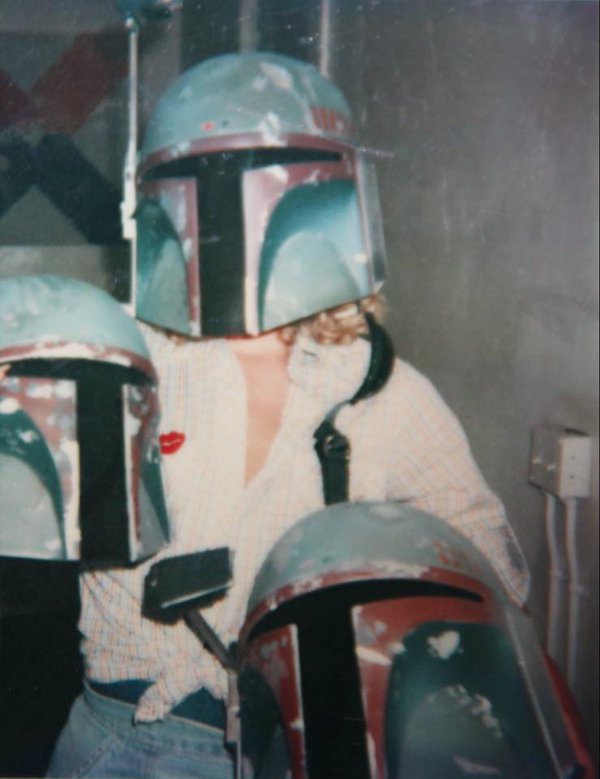 This is a great pic

Very cool! I hope that suit turns up again someday. 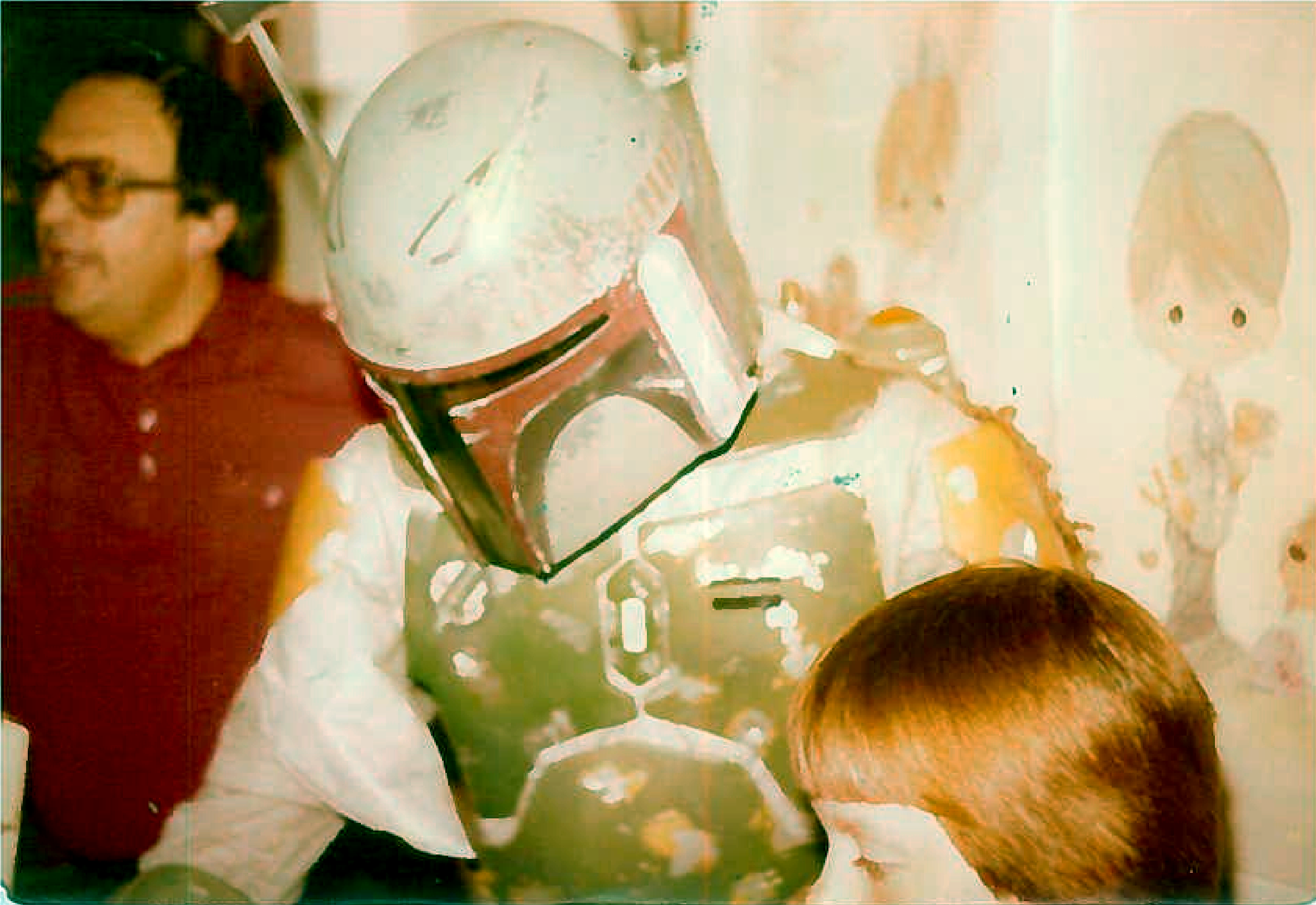